Ajay Verghese's The Colonial Origins of Ethnic Violence looks at the colonial past to understand why some parts of India suffer from communal conflict while others suffer from caste conflict. 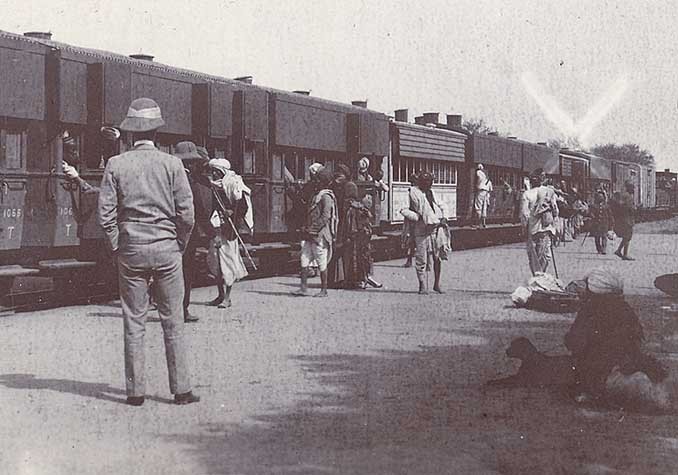 Policies followed by the British were diverse over the country, and the repercussions of these policies can be felt still in politics today. Credit: Wikimedia Commons In the past two decades, economists and political scientists have increasingly turned to India’s colonial past to understand the present. Scholars such as Abhijit Banerjee, Lakshmi Iyer, Dave Donaldson and Shivaji Mukherjee have shown how colonial indirect rule and land administration policies, often implemented with little consideration of local conditions, explain how levels of conflict and economic development vary so much across South Asia today. The very randomness of these colonial policies makes them ideal ‘natural experiments,’ it appears, for estimating the true effects of different kinds of government interventions.

The latest work in this area by a political scientist, Ajay Verghese’s The Colonial Origins of Ethnic Violence in India, looks to the colonial past to understand why some parts of India seem to suffer from communal conflicts while others suffer from high levels of caste conflicts. Generations of historians have pointed to religious divide-and-rule policies as perhaps the most distinctive and damaging aspect of British colonial rule. But Verghese’s revisionist thesis emphasises the role of the colonial administration, after 1857, in highlighting caste identities in its provincial governments and policies, most importantly in its land settlement and land administration policies. These provincial policies, he says, led to an increase in caste polarisation and conflict in British India. The cross-cutting nature of these caste cleavages also had at least one unforeseen benefit, however, by helping to defuse larger religious conflicts in the provinces between Hindus and Muslims. In princely India, by contrast, Verghese argues that rulers sought religious legitimacy and also practiced religious discrimination in their administrations, therefore increasing long-term religious grievances and conflicts but in doing so, also helping to reduce caste conflicts. Independence did not represent a sharp break with these patterns, but rather helped to entrench them. Areas that that had been part of British India continued to have higher levels of caste conflict, while former princely states had higher levels of communal conflict. 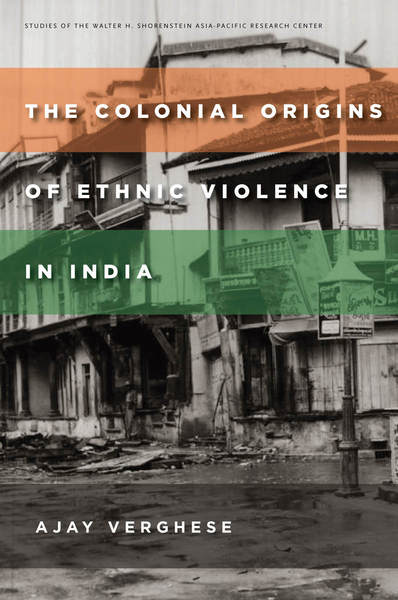 The most important evidence for Verghese’s thesis comes from his careful historical analysis of two pairs of cases, the former princely state of Jaipur and the British territory of Ajmer in present-day Rajasthan, and the former princely state of Travancore and British district of Malabar in Kerala. He argues that Jaipur had high levels of Hindu-Muslim tension and conflict before independence, but low levels of caste conflict, and that these levels continue today. Ajmer on the other hand had very low levels of communal conflict before 1947 but higher degrees of caste conflict, and these patterns too have continued after independence. The story in Kerala is much the same. He argues that the British in the Malabar region de-emphasised religion and highlighted caste inequalities and identities, which continue to dominate politics today, while the princely state of Travancore highlighted religious identities and discrimination, which continues to dominate politics in that area. Such differences explain, for instance, why the RSS and BJP have done better in Travancore, and why Naxals are more prevalent in Malabar.

There is a lot to like in this book. Verghese is surely right to highlight the fact that different identities were important at different levels of the colonial Indian state, and that, through the prism of the 1930s and partition, we tend to assume that religion was much more central to colonial policy than it might have been, and that we are too ready to discount the importance of caste and other identities. One other very appealing aspects of the book is the way in which Verghese integrates so many different kinds of evidence – fourteen months of archival research and fieldwork, careful historical and case studies, as well as large-n analysis. Verghese also anticipates some of the possible counter-arguments to his analysis, for instance why the former princely state of Bastar has such high levels of tribal and Naxal conflict despite seemingly possessing the (princely state) factors that elsewhere in the book associates with religious conflict.

But, as is often the case with revisionist arguments, Verghese sometimes pushes the evidence a bit too far in support of his thesis. First, outside the province of Madras, where the post-1910 backward caste revolution and Justice Party rule in the 1920s and 1930s make a clear case for the importance of caste identities, it is hard to sustain his overall thesis that caste was more important than religion at the provincial level throughout British India. We can in fact point to a very large number of British provincial policies, from separate electorates in provincial governments, to religious reservations in state police and civil service employment, to language policies declaring the use of Urdu versus Hindi, which did focus on religion rather than caste, and which therefore help to explain the large amount of conflict along religious lines in British India. The UP administration, as Francis Robinson, Paul Brass and others have explored, recruited many staff on the basis of religious preferences before independence – Muslims, with 14% of the population, were guaranteed a third or more of the positions in the police and civil service – but had far fewer preferences on the basis of caste. The same was true in most other provinces. The legislative debates from provinces like Bengal, Punjab, Bihar, and CP before independence also have a lot more questions about religious proportions in government service, and religious conflicts, than they do about caste cleavages, which again suggests that these identities were more important than caste identities to politicians and their constituents. Hindu-dominated elected governments in Congress provinces after 1937 were accused of favouring their co-religionists in a very similar way to the rulers in princely states, as publications such as A.K. Fazlul Huq’s, Muslim Sufferings under Congress Rule (Calcutta, December 1939) make clear.

A second issue is that teasing apart caste from communal motivations in order to prove that princely India equals religious conflict and British India equals caste conflict, is harder than it seems. Verghese’s argument that the Malabar was an area of relative communal peace before independence, for instance, will likely come as a surprise to readers, because the Mappila rebellion of 1921 has frequently been characterised as one of the worst instances of Hindu-Muslim conflict before independence. Verghese recognises that the Malabar is a problematic case for his argument, and he therefore goes to considerable lengths to show that the rising was at its core driven by caste and economic concerns. He uses the fact that many Muslims were low caste converts, that many landlords were Hindu upper castes, and that some low caste Hindus were involved in the uprising (albeit in the initial stages) to argue that, “At its core, the Mappila unrest was agrarian…in essence an expression of long-standing agrarian discontent, which was only intensified by the religious and ethnic identity of the Moplahs and by their political alienation.” This caste interpretation may be plausible, but he provides no conclusive evidence to show that this is the only reading possible for events that clearly had a variety of economic, caste, agrarian and religious motivations, nor for his contention that communal tensions dramatically declined in Malabar after 1921 and 1947, while caste identities remained salient.

A related question, while we are on the subject of categorisation, is how we can we squeeze the fluidity and complexity of history into the hard categories of social science and especially statistical analysis. In his Bastar chapter – my personal favourite – Verghese argues that the exceptionally high violence in pre-1947 Bastar was not really an exception in terms of his overall characterisation of princely India, because Bastar had actually been run for much of the pre-1947 period directly by the British. The British controlled the region’s forests, exploited the natural resources and the tribal populations and, when it suited them, took over the princely state directly for long periods on some pretext or other. Thus, the distinction between the British and the princely is not as clear as we may think. Some British territory was clearly administered differently and with more of a nod to local precedent, interests, rulers and customs than others and on the princely side some areas like Bastar clearly had much less autonomy than others, and were administered directly or indirectly by the British for long stretches.

But if we do accept that distinctions such as British-princely, indirect rule-direct rule, or Zamindari-Ryotwari-Mahalwari land systems are really continuous variables, with lots of regional and local differences in policy and implementation, rather than hard-and-fast categories, then is the recent large-scale use of such variables in statistical analysis –including by Verghese in this book – defensible? In truth, as Verghese’s qualitative analysis makes clear, some states such as Hyderabad had enormous autonomy, others much less so, while in other states rulers were autonomous for some periods but were under heavy British supervision or even direct rule for others, in a way that makes statistical dummy variables seem inappropriate. 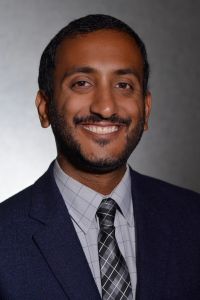 A third point, in any study that wants to establish continuity with the past, is the question of whether we are we sure we have got the past right? Verghese seems confident on the basis of his archival work that he has his facts about the past correct, and that others do not. He argues that scholars such as the historian Ian Copland, who have argued that Ajmer was as communally sensitive as Jaipur before independence are just wrong: “Ajmer had only two minor riots prior to Partition” while Jaipur experienced several more riots than listed by Copland.  Verghese himself however has missed a few riots in Ajmer. In addition to the two ‘minor’ riots he lists in 1923 and 1936, by my count there seem to have been at least three more in Ajmer before the end of 1947 – one in 1926, a riot in May 1928 in which 25 Muslims were injured, and one in December 1947 in which more than 50 persons, mainly Muslims were reported killed December 1947. In addition there was a reported Hindu-Muslim riot over a Holi procession at Bhinai, outside Ajmer, listed in the 1912 administration report. There may, of course, be more cases. So overall it is hard to see Ajmer as a complete bastion of communal peace prior to India’s independence, and without that clear difference the ‘continuity’ argument that Verghese makes between levels of communal peace before and after 1947 in Ajmer starts to look more doubtful.

One final question is about the role of post-1947 politicians in determining the pathway that these different regions have taken? If we focus so much on past colonial policies in explaining outcomes such as caste and communal conflicts, or the number of roads and schools in a region, does that absolve the post-1947 politicians, parties, and agents of the state from blame, and what does that mean in terms of our agency to change things in the present? Verghese properly acknowledges this tension, but one thing I would have liked to see more of in the book is a more explicit consideration of how much he thinks the historical institutions he explores gave post-1947 Indians, and Indians today, the freedom to change things, and reduce levels of conflict, Naxal and caste violence today.

Steven Wilkinson is Nilekani Professor of India and South Asian Studies and Professor of Political Science and International Affairs at Yale University.