Book Review: Food as the Central Character of Our Lives

In ‘A Taste of My Life: A Memoir in Essays and Recipes’, Chitrita Banerji dives into the crunchy socio-political and interpersonal dynamics that give each of our lives texture.

There’s widespread derision on the internet for long personal anecdotes that precede actual recipes on food blogs. The scene is almost always one of domestic bliss, bland because it seems ubiquitous. If you’ve read one, you’ve read them all. Chitrita Banerji’s memoir of food writing, though, turns that belief inside out and eats it for breakfast. The essays, which start off in childhood and end well into late adulthood, chronicle the deep flavours of Bengali food, but also dive into the crunchy socio-political and interpersonal dynamics that give each of our lives texture.

Banerji’s writing shines when she digs into the constituent ingredients of ‘Indian food’, happy marriages, religious rituals and even love.

In ‘Double Roti’, she traces the evolution of the chicken sandwich in India from a colonial tea-time snack of delicate proportions – three inches by three of soft, white bread, crusts cut off; sparingly buttered and containing thin slivers of chicken – to the hefty American lunch dish – comprising slabs of bread and a heap of shredded chicken and mayonnaise, maybe with some celery. Chitrita Banerji
A Taste of My Life: A Memoir in Essays and Recipes
Pan Macmillan India, 2021

Banerji avoids the obvious route for this essay, that is, a detailed history of the sandwich from its colonial origins to its current post-liberalisation Americanised avatar. Instead, she writes personally about her ongoing quest to find the English-turned-Indian chicken sandwich of her youth, which were found in Calcutta’s “continental (Western)” restaurants. Her recollection of her first encounter with an American sandwich, right after landing in the US for a master’s degree, is endearing and all-too-familiar, with the added bonus of articulating a moment so many of us have felt but been unable to pin down: That feeling of realising you’ve landed into a new life not through encountering the totally strange but the altered familiar. Many years later, Banerji finds the feeling inverted when she eats a chicken sandwich in Calcutta and finds it resembles its American cousin. Her writing is emotional yet not overly sentimental and hints at the kind of food writing that probably inspired the bland imitations that everyone complains about today.

Food isn’t just a cue for nostalgia; Banerji also uses it to explore some of the more complicated relationships in her life. In ‘Small, Round Things’, she looks at the folktales and rituals that infuse religious significance into seasonal berries through the skeptical and impertinent eyes of her teenage self. Banerji’s food memoir is very much an account of an ‘upper’-caste Hindu upbringing and while she doesn’t address it explicitly, she doesn’t gloss over the ritualistic aspects or pass them off as a universal experience.

Also read: Freedom, Discipline and a Really Sleek Building: A Glimpse Into the Delhi Metro

Her narrative voice is so consistent that it’s easy to forget that this is not a book produced in a particular time and place, but a collection spanning years and several different types of publications. While some essays are more informative, such as the one on Khejur Gur, the ones that really shine are the more personal ones. 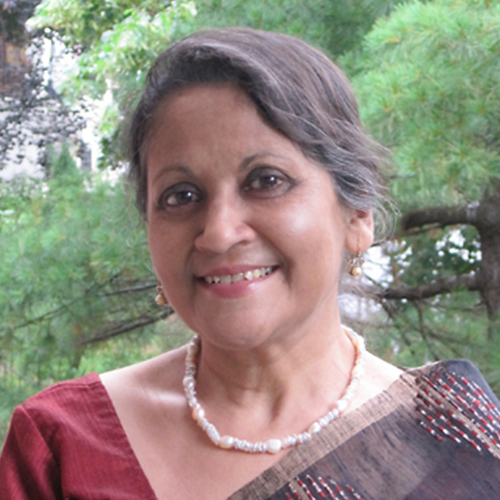 In ‘Dining on Faith’ she chooses to record a period of intrafamilial conflict, specifically between her mother and new husband (already subjected to suspicion on account of being a Muslim from Bangladesh) through the story of a traditional feast that women prepare for their sons-in-law. Most of the essays in the collection refer to Banerji’s mother, but mostly in ways that add nuance to the portrait of the ‘Indian homemaker’, so often depicted as a culinary saint, toiling in kitchens out of love and duty. In ‘Dining on Faith’, food is much more than love or duty to her mother; it is a source of pride, not unlike the kind an artist takes in their creations. It is also a mode of expressing respect for rituals and observing her self-identified roles in the family – mother, mother-in-law. Food here is not selfless, but an identity, something that Banerji’s husband fails to grasp, inflicting disrespect through his casual indifference.

Banerji’s mother’s deep relationship with food crops up again in ‘A Shared Plate’, a chapter that starts off addressing wedding feasts but concludes as a realisation about her parents’ complex marriage and the love they shared, “but a tormented version that found no expression except through food”. Addressing Banerji’s complaints about her parents’ marriage, her mother tells her, “But you’ve seen many Hindu weddings. You know the ceremony requires the couple to feed the fire, and then feed each other. Food is life, and by eating together, the pair bonds for life. We did that. How can you talk to us about getting a divorce?’”

Food is so much more than a stage for harmonious domesticity, it is often the invisible fabric of our lives, and the tangible thing that punctuates the many unsaid, invisible aspects of our existence. Banerji draws this out in each of her essays, mixing together her life’s stories and recipes into an enjoyable, easy literary meal, and prompts readers to think of food as the central character of their lives, rather than the backdrop for their dramas.

Nehmat Kaur is a writer based in Brighton. She writes a newsletter about loneliness and connection here and tweets at @nehmatks.