In Baudelaire, beauty is horror, and horror, beauty. The source, or origin, of beauty doesn’t matter. Beauty is what beauty does, and nothing can save us from its devouring force. 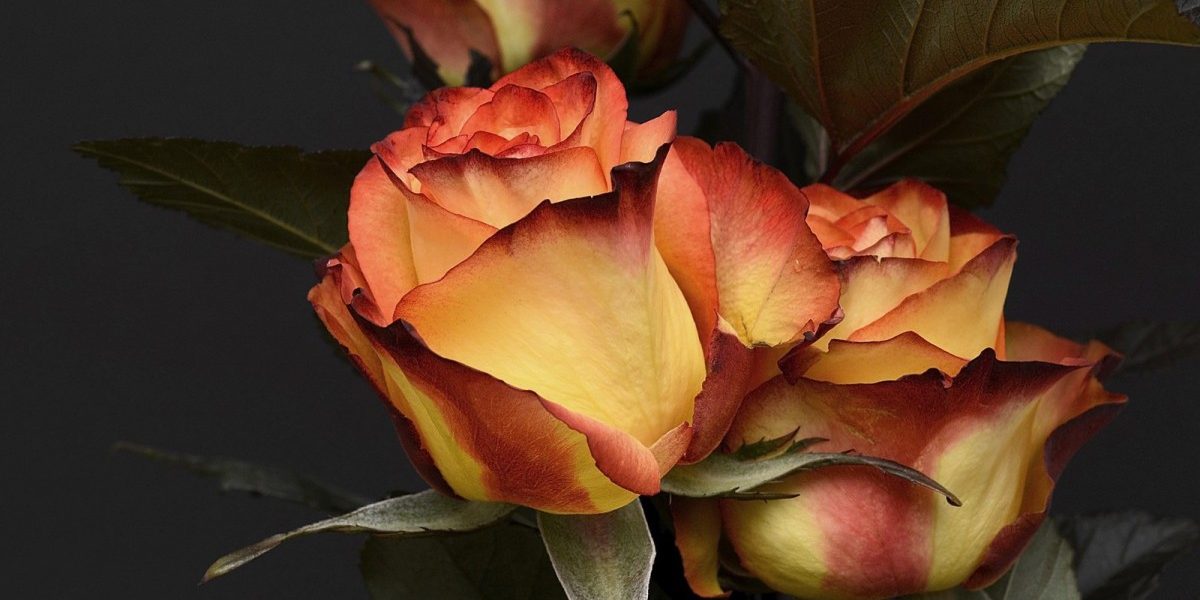 The dark power of Baudelaire’s poetry in Le Fleur Du Mal/ The Flowers of Evil is best experienced when it disturbs and is difficult to access. Photo: anncapictures/Pixabay

In his celebrated essay on Charles Baudelaire, The Aesthetic Dignity of the ‘Fleurs du Mal’, the philologist, Erich Auerbach ended with a brilliant observation while addressing “the horror of Les Fleur Du Mal”. Auerbach had “a word… in defense of certain critics who have resolutely rejected the book. Not all of them, but a few, had a better understanding of it than many contemporary and subsequent admirers. A statement of horror is better understood by those who feel the horror in their bones, even if they react against it, than by those who express nothing but their rapture over the artistic achievement.”

The dark power of Baudelaire’s poetry in Les Fleur Du Mal/ The Flowers of Evil (originally published in 1857) is best experienced when it disturbs and is difficult to access, rather than when it is made more palatable through aesthetic appreciation and valorisation.

In Hymn to Beauty, Baudelaire writes:

“Are you from heaven or hell, Beauty that we adore?
Who cares? A dreadful, huge, ingenuous monster, you!”

In Baudelaire, beauty is horror, and horror, beauty. The source, or origin, of beauty doesn’t matter. Beauty is what beauty does, and nothing can save us from its devouring force.

“Is there something strange in what we have done?
Explain if you can my confusion and my fright:
I shudder with fear when you say: ‘My angel!’
And yet I feel my mouth moving toward you.”

What is the hesitation of one woman acknowledging (and expressing) her love for another woman? Why does she ask if something is “strange” about her desire? What is her “confusion and… fright”? Baudelaire is an anti-sensual master of sensuality. He condemns pleasure by plunging into its intensity like no one has done before or after him, except perhaps Arthur Rimbaud, on rare occasions.

Also read: The Meaning of Despair in Louise Glück’s Poetry

With insidious glee, Baudelaire celebrates lesbian love that takes him to Greece, where the name of a place stood for its sexuality, and became a metaphor of Sapphic love. In Lesbos, he writes:

“Let old Plato look on you with an austere eye;
You earn pardon by the excess of your kisses.”

Baudelaire’s idea of beauty is a challenge to Platonic beauty as pure idea. Beauty is not a pure idea. It is an idea made flesh, and flesh that is blind to its own excess. Baudelaire writes in his essay on Gautier, that “the union between beauty, truth and goodness is an invention of modern philosophical nonsense”. That judgement goes against Plato as well. Beauty is not a harmonious force. It throws moral expectations apart. Baudelaire writes in the same poem,

“And love will laugh at Heaven and at Hell!
What are to us the laws of the just and unjust?”

Love is not just a rejection of (and, contradiction to) the Platonic, but is also transgressive for the Christian idea of sin and virtue, and of the moral law. Love, simply, does not need these diktats of idealism and law, for it is an excess – or, in excess – of what determines value. Love is too dangerous and crazy to be measured by values (and value-judgements).

If love holds value, it is to be found (and measured) only in what it loses in its heights and depths of ecstasy and despair. Love’s laughter makes judgement pale into insignificance. Baudelaire’s aesthetics of love raises questions on the norms of judgement that are used to mis/understand our intensities: How to judge (love’s) madness? How to judge a quality that is always in excess of what judges it? Who can sit in judgement of love?

But Baudelaire’s recurring motif in Les Fleur Du Mal is that love is a force of excess that cannot be tamed and satiated, even by love. It is impossible – after all the rapturous follies are committed – to escape the feeling of “ennui” in love, that “eye filled with an unwished-for tear” as he describes in his dedication of Du Mal to the reader.

In The Enemy, Baudelaire describes the natural progression of ennui:

“My youth has been nothing but a tenebrous storm,
Pierced now and then by rays of brilliant sunshine;
Thunder and rain have wrought so much havoc
That very few ripe fruits remain in my garden.”

Desire leads to exhaustion. Desire is its own enemy. Desire is the serpent biting its own tail.

In his three-part series of essays on Baudelaire, A Lyric Poet in the Era of High Capitalism, Walter Benjamin displays a range of critical anomalies. In his analysis of the prostitute in Baudelaire’s poems, Benjamin’s lens on marking the prostitute’s social identity is primarily economic, reducing her to her exchange value. To understand the figure of the prostitute through her profession, the nature of her productivity, is an unproductive reading of the prostitute. It leaves out the complex relationship between sexual labour and subjectivity. There is a problem bordering on prejudice in critics like Benjamin, who circle around the prostitute’s class position alone.

Take for instance, the character of Nana in Godard’s Vivre sa vie (My Life to Live, 1962). Godard, as Susan Sontag tells us in her memorable review, “takes up prostitution as the most radical metaphor for the separating out of the elements of a life– as a testing ground, a crucible for the study of what is essential and what is superfluous in a life.” Nana is reduced to her exchange value by her pimps, but not everyone else. Not Luigi in Episode XII, who reads her out from Edgar Allen Poe, or the philosopher in Episode XI, with whom Nana discusses the nature of language. The prostitute, Sontag believes, is “the most radical metaphor for the act of lending oneself to others.” She is ethics, and the despair of the condition of ethics. 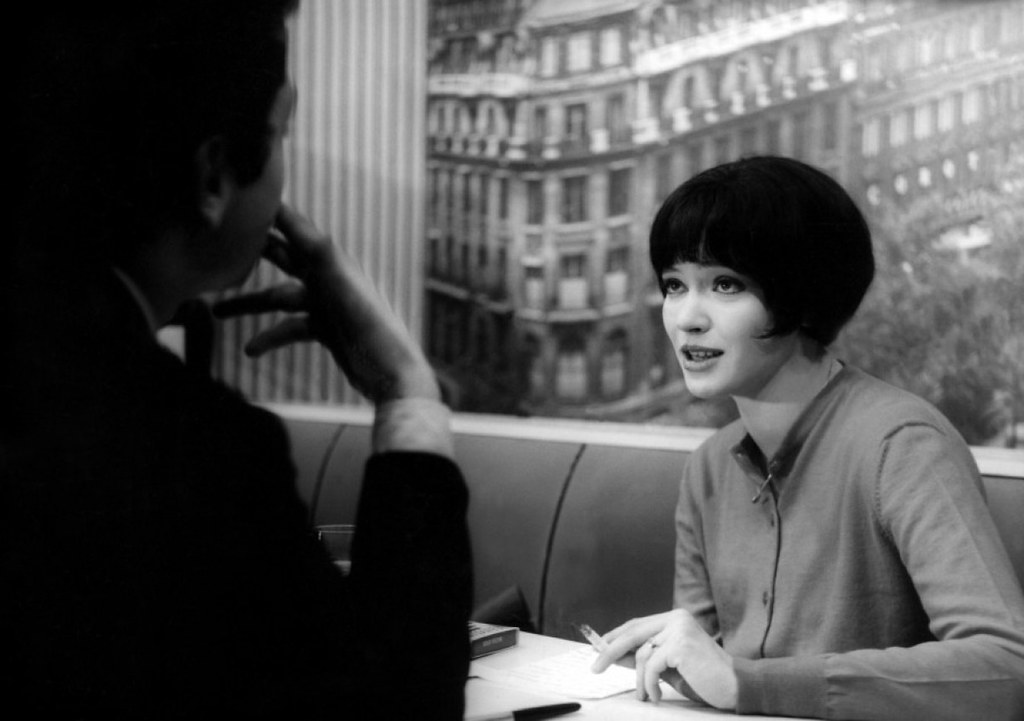 Susan Buck-Morss has drawn attention to the fact that in the Arcades Project, Benjamin displays the habitual blindness of Marxists regarding the sexual labour of prostitutes. Benjamin considers “fiction” the prostitute’s “capacity of pleasure”. It is objectivist prejudice regarding subjective experience. “Prostitution can claim to count as “work”, Buck-Morss quotes Benjamin, “at the moment work becoming prostitution.” As if the prostitute is nothing more than the exchange value marking her profession. Benjamin doesn’t realise that the structure that produces the prostitute’s labour value is more complex than a worker’s. The term “sex worker” takes care of the prostitute’s juridical status, and offers her security as a subject of rights. It however doesn’t give a full measure of her existential status. Sex is more complex than work. 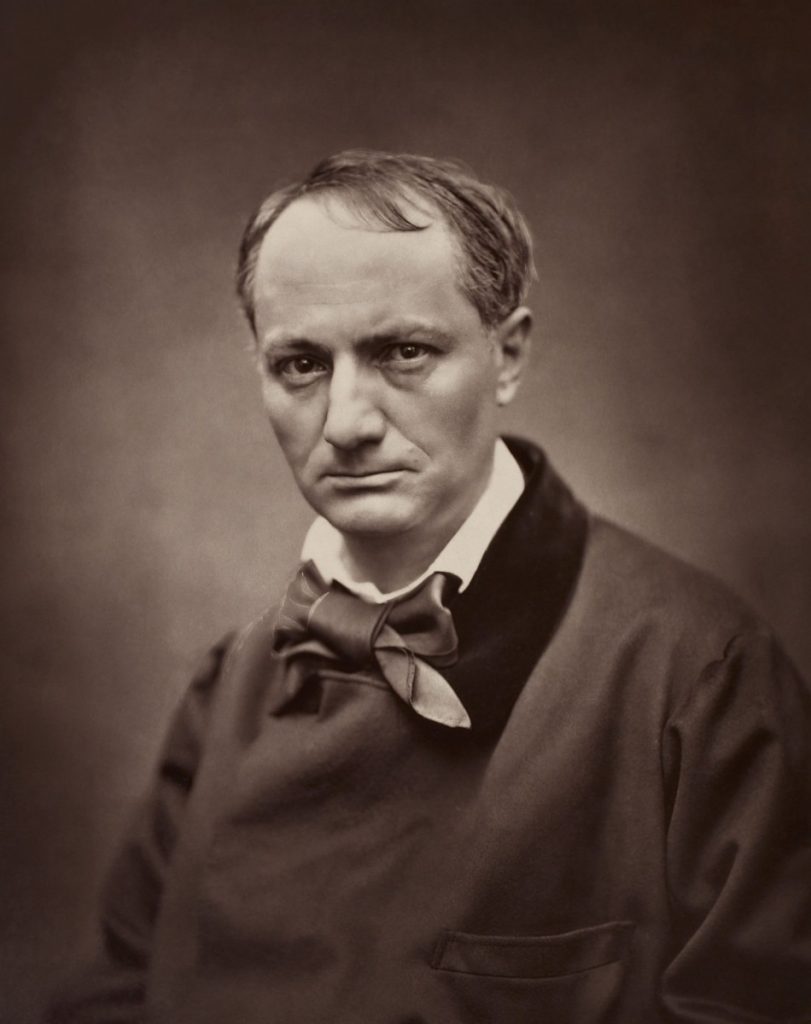 Benjamin makes the critical observation in Central Park, that “Baudelaire never wrote a poem on prostitution from a standpoint of the prostitute”. Benjamin desires some sort of first-voice evocation by the prostitute to air her angst against commodification, rather than register herself as an accomplice. He wants the prostitute to confirm his class theory. This is rather tame in comparison to Baudelaire’s subversive attempt to paint the dark corners of city-life through the plight of the prostitute. The prostitute herself is not depicted by Baudelaire as a victim of her profession: she is an enemy and thief within the economy of mass depravation. In Intimate Journals (originally, 1887), Baudelaire had declared with his subversive irony intact, “What is art? Prostitution”: The claims of modern art are “reduced” to prostitution, while prostitution itself is “elevated” to art. Art and prostitution mirror a double-spectre.

The other marginal figures that adorn the bleak milieu of Baudelaire’s poetry – vagabonds, swindlers, pickpockets, gamblers, pimps, brothel keepers, Ragpickers, beggars – are also seen in class terms by critics like Benjamin, as the lumpen proletariat, an offshoot of the bourgeois that resist social change. Trapped in logical formulations, Benjamin misunderstands the tragic and heroic charge that Baudelaire grants to these despised characters of urban life.

Also read: The Two Preoccupations of Kiarostami: Uncertainty and Misunderstanding 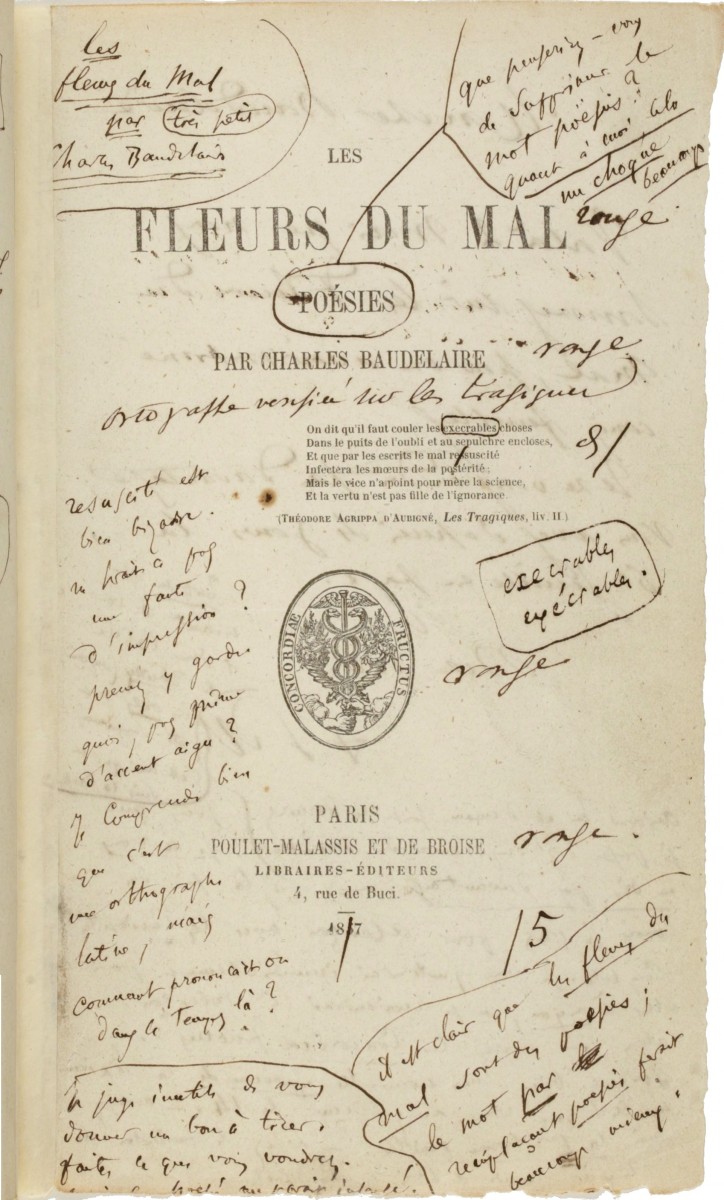 In The Death of the Poor, Baudelaire writes, “It’s Death that comforts us, alas! and makes us live.” This line has more to say on the state of (moral) economy rather than a meek sigh of the oppressed. The ironic sense of comfort in living close to (the possibility of) death overturns the (bourgeois/elite) idea of life as a celebration against death. It is erroneous to read Baudelaire from a progressivist perspective where literary criticism merely hinges upon the artist’s supposed lack of clarity regarding his and his poetic subject’s class position.

I next turn to Baudelaire’s famous poem, Correspondences, for its metaphorical richness that suggests the way he sees the world.  The first four lines go:

“Nature is a temple whose living pillars
Sometimes gives forth a babel of words;
Man wends his way through forests of symbols
Which look at him with their familiar glances.”

One thing corresponds to another in Baudelaire, not dialectically but through a relation that is as ancient and modern as nature. The “forest of symbols” is a web not of mere, blind objects, but objects that glance back at you. We are surrounded, trapped by symbols. Poetry is an act of recapitulation of these symbols. In his more nuanced, later essay, On Some Motifs in Baudelaire, Benjamin connects the idea of correspondence to Marcel Proust’s idea of “involuntary memory”, where remembrance is triggered by a sudden encounter with something (involving sight, smell, touch or hearing) that transports you to the past.

This takes us closer to the heart of how Baudelaire described the experience of modernity in The Painter of Modern Life, as “’the transient, the fleeting, the contingent”. These ephemeral moments are paradoxically, glimpses of the eternal.

In his essay What is Enlightenment? Michel Foucault reads Baudelaire’s description of modernity as “the attitude that makes it possible to grasp the ‘heroic’ aspect of the present moment”. For Baudelaire, modernity is not simply the realisation of this transient moment, but the desire and ability to sculpt or create an object of beauty (or art) that transcends it. In other words, Foucault believes, Baudelaire’s attitude to modernity is to unmask the real or contrary face of modernity that is hidden from public perception.

Be it the painter, poet, or the flâneur who inhabits the sidewalks of city life, modernity is their ability to extract what is valuable from the moment of encounter in the world they experience. Modernity is both concrete and ephemeral. We must learn to live (in) that paradox. To be modern is to register one’s gesture of heroism, against a time that is forever disappearing.