What the Negative Reviews of Bret Easton Ellis's 'White' Got Wrong

The reviews use a manipulative rhetorical strategy that frame Ellis’s argument in a way that it can be mocked. 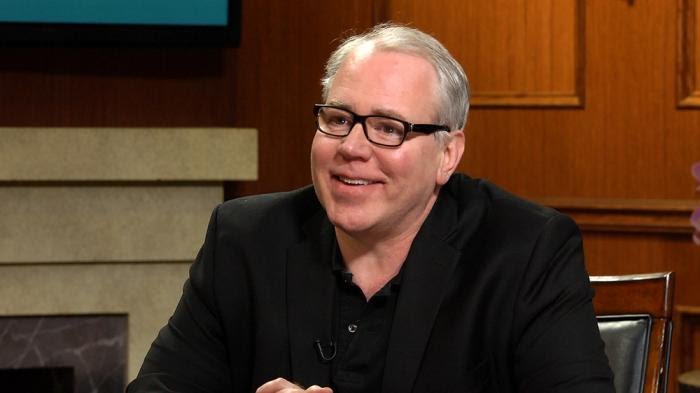 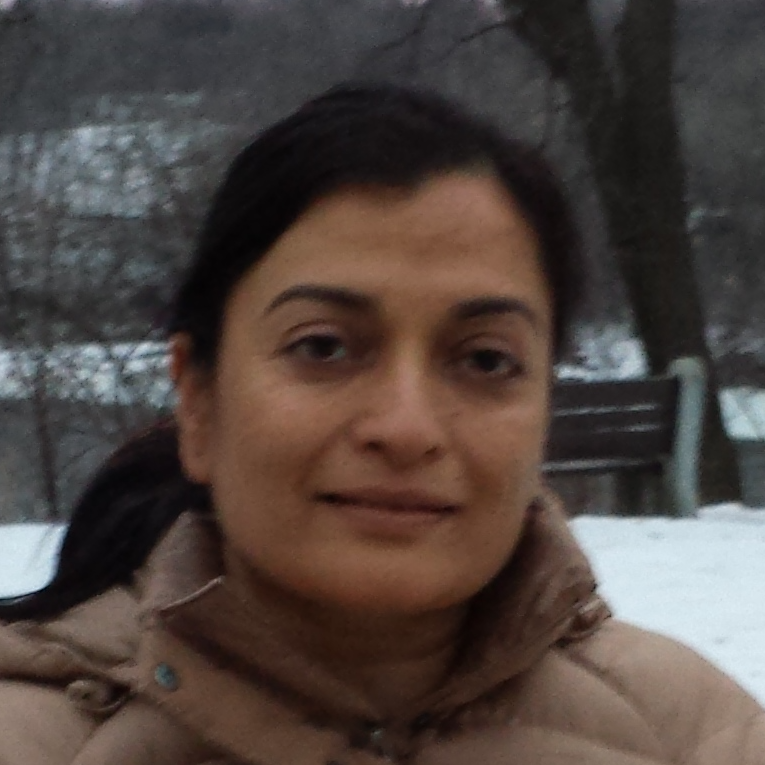 Sneering, as never before, has become an accepted way of making an argument – not just characteristic of tweets but also of establishment journalism.

One business strategy is to use the sarcastic, brash, edgy voice of a Twitter persona and combine it with a solidly-policed narrative. Last year Julia Carrie Wong, a technology reporter for The Guardian, wondered aloud if she “would have ever gotten a staff job” but for her outspoken, person-of-colour Twitter persona.

I really don’t think I would have ever gotten a staff job but for my Twitter persona and audience, and the idea that I or Sarah or anyone like us could build that without occasionally saying something unwise just seems unrealistic to me.

A colleague at the New York Times, Sarah Jeong, had just been hired amid controversy over her tweets hash-tagged #cancelwhitepeople. Both “personal brands” turned into job opportunities:

On the other hand, when Bret Easton Ellis – a famous gay, white novelist, screenwriter and Twitter sensation – published a recent book of essays, White, establishment journalism was unanimous in its outrage. The bulk of reviews framed Ellis’s arguments in a way that they could be mocked. For Anna Leszkiewicz of The Guardian, the book has “all the sound, fury and insignificance of a misguided rant posted at 3 am.”

For James Wolcott, cultural critic for Vanity Fair, writing for the London Review of Books, Ellis has a gift for “upsetting the maximum number of people with the minimal amount of effort.” For the most part, establishment reviews have launched in with outrage and mockery, assuming that the book is “hate-speech” intended to upset and provoke, and proceed from there:

That White should get negative reviews in the pages of The London Review of Books, The New York Times, The Guardian, Washington Post and the Wall Street Journal is not surprising, but it is embarrassing to watch such deep conformity. Each review outdid the other in its smug recoil, choosing not to actually read the book but instead to scold the writer. With good management of non-reading, canny cutting-and-pasting and the right labels, you can write a review from which the book has completely disappeared.

According to James Wolcott, “Ellis’ ability to bring out the energized best and worst from reviewers and provoke them into haughty erasure testifies . . . to an arch-nemesis quality that might be put to better purposes than the paltry sport of weenie-roasting Millennials.” 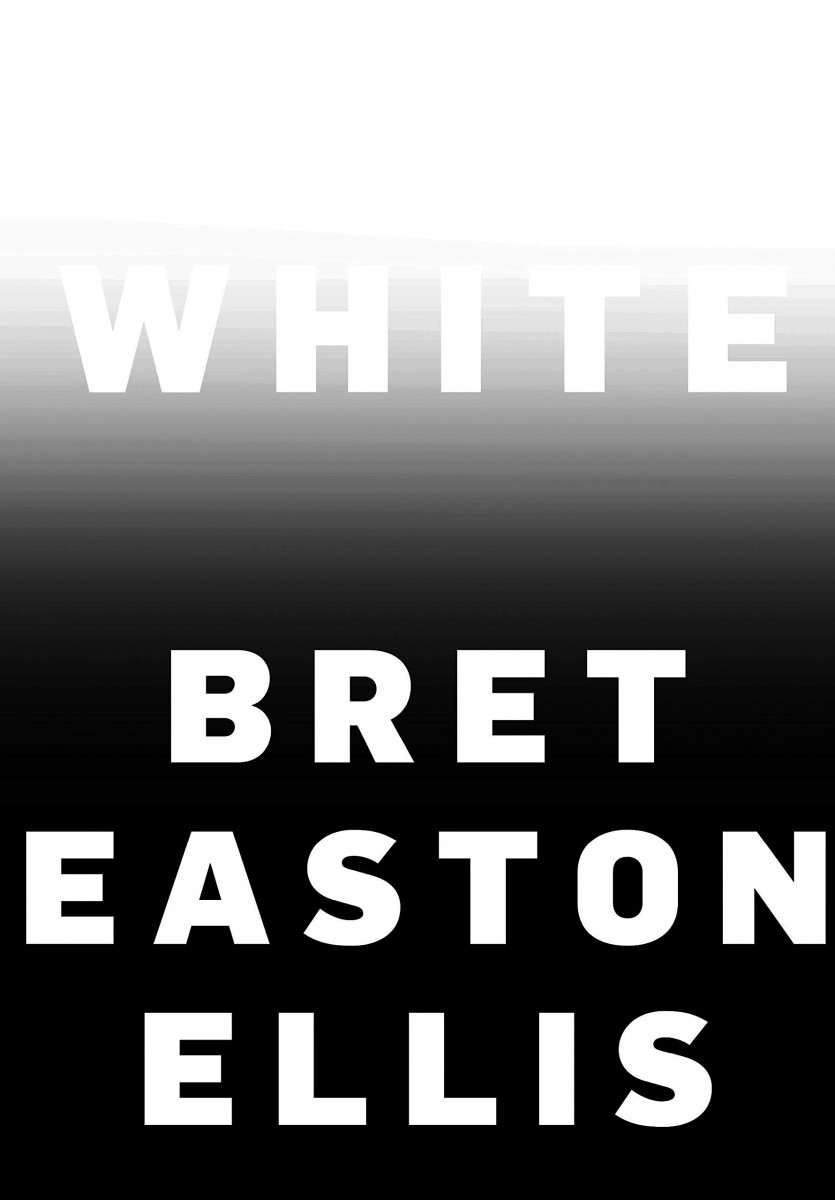 But Ellis is writing about reality, not writing to provoke Wolcott’s or any other reviewer’s “erasure.” This is the authority of establishment journalism, that it does not have to make a good-faith counterargument but can dismiss an adversary through mockery or smearing. Yet, readers who are in touch with reality and have read and heard the Bret Easton Ellis Podcast know that Ellis’s work engages a larger, more meaningful set of arguments that are particularly relevant today.

Barton Swaim’s Wall Street Journal also predictably begins with the same claim: “Bret Easton Ellis likes to offend people.” For a minute, it looks like this review is making a small dent in the echo-chamber of negative reviews when he assures the reader, with nervous solicitude, that Ellis “is not defending whiteness or white nationalism” even though “he likes to offend.”

But what is being implied here is that if you make observations about the reality that contradict professional liberal multiculturalism, then you could be accused of supporting white nationalism.

Leszkiewicz, in The Guardian, has the funniest lines: “Ellis tries to lend out-of-touch-pronouncements an air of rebellion by labelling everything he dislikes as corporate: the Press is highly corporate, Hillary Clinton is a human representation of the corporate.” She continues, about his style: “His style is hyperbolic, and there is not a trace of humor:”

Ellis’s tone is funny and is linked to his noticing of a cultural mood that is tragic and tragicomic in its implications, and he is using a public language that is, by default, funny and ironic. His humour is at the heart of this kind of witnessing; that, and the irony of not taking himself so seriously. How these reviewers could read the tone of the book so dead-wrong is no mystery. They either pretend that Ellis’s White has nothing to do with reality, or that it has been written expressly to provoke them or that they do not understand what he is arguing about.

The Guardian review accidentally invests Ellis’s book with its true significance. Ellis’s White is concerned with a toxic combination of narcissism and obedience to group-think – the link between narcissism and the readiness to censor statements that make us uncomfortable and to traduce people who make them.

The New York Times review by Lauren Christensen shows a touch of kindness in providing a brief summary of the central chapter in the book “Liking” where Ellis probes the “horrible blooming of ‘relatability’ and  the inclusion of everybody into the same.”

We are led to believe that Twitter is Ellis’s quintessential idiom as a writer, so it is important to begin with Ellis’s own comments on his Twitter persona. Ellis’s tweets are witty but his raillery is not reducible to an offence. In this book, Ellis makes vital arguments about culture, media and the politics of journalism.

Ellis says that he “does not Tweet at anyone” nor is he trying to be “charming:”

“I saw Twitter as more freewheeling and performative, and I rarely retweeted anyone . . . . My Twitter feed was opinionated, snarky, sometimes fake sincere, sometimes pissed-off, filled with reactions to good movies, bad movies, books I recommended, books I couldn’t finish, quotations, occasionally just a song lyric from the past. These tweets appeared on my page . . . . mostly at night, sometimes after a few drinks, no questions, no explanations, just throwing out opinions and expressing myself to the lost souls who’d decided to follow me — though I was never genial in order to attract followers.”

Perhaps this lightness of tone, this ability to speak tangentially is Ellis’s achievement. But Ellis’s arguments in White are substantive and relevant.

He argues that the “liking culture” of social media has forced communication, community, relationships and culture itself into a new trajectory; and inflamed, not just virtue-signaling and self-righteous group conformity, but also created a culture of accusations in which it is okay to hurl labels at people: racist, sexist, hater, harasser, troll etc. Instead of dialogue or a counter-argument, a lazy label will do.

Ellis is also concerned about the new ways of living in this world: the new isolation and self-sabotage that forces many young people to surrender uncritically to the hyper-conformist culture of social media. Our growing impatience with complexity and ideological diversity is dangerous, he believes, not just politically, but at a cultural and human level. Listening seems to be suspended in the wake of, what he calls, the “Trump Derangement Syndrome”:

“The new economy depends on everyone maintaining a reverentially conservative and eminently practical attitude . . . . What people seem to forget in this false miasma of narcissism, and in our new display of culture is that empowerment doesn’t come from liking this or another but from being true to our messy contradictory selves — which sometimes does, in fact, mean being a hater . . . Those of us who reveal flaws and inconsistencies or voice unpopular ideas become terrifying to the ones caught up in a world of corporate conformity and censorship that rejects the opinionated and the contrarian. . . . (120).”

Ellis speaks of his profound regard for Joan Didion as a “tough” journalist who “stood her ground” during the political and aesthetic upheavals of the ’70s and “was not afraid of ruffling any feathers,” even that of her allies. Whatever inherited ethical attitude to journalism may be taken up by Ellis, the reviews condescend to Ellis as a Twitter provocateur. Anything else, Wolcott quips, will take “research and effort.” This sort of mockery reaches a vicious fever-pitch towards the end of Wolcott’s review in the London Review of Books:

“I think he [Ellis] has found his groove, and that groove is mellifluously crooning into the podcast mic about the latest online spaz-out or personal pet peeves, like some well-known balladeer, the Leonard Cohen of kvetching. If he paces himself, he’ll be able to go on indefinitely, methodically chewing the same old cud. Fine with me, you know, whatever.”

This is scorn and fury of a kind that Ellis, with his lightness of touch, would call “apoplectic.”

A different sort of review – which places Bret Easton Ellis in his context as a successful writer at an early age (21 years old when he published Less Than Zero), in the company of Jonathan Lethem and Donna Tartt ­– is Lili Anolik’s in Esquire.

Another review that gives the reader a strong sense of Ellis’s calling as a writer is by Tyler Malone in the LA Times. He gives the reader a sense of the range of issues that Ellis deals within White: “movies, the importance of aesthetics over ideology, the danger of reputation economy, the need to separate art from artist, neutrality, free speech, millennial whining, corporate fascism, Joan Didion, Kanye West, Trump . . . etc.”

A fundamental responsibility of a review is deep listening. When the reviewer opposes a book, the reader still expects that they will wrestle with it – not use the space to de-platform or to censor a book through mockery or moralising. Yes, Ellis provokes questions and dialogue and demands the friendships and communal energy required for both.

These mocking, outrage-dispensing reviews of White are highly illuminating. So, what do they reveal about the largest of trends within establishment journalistic culture? They exhibit the power (in this case unsuccessfully) of writing to censor, and the power to misrepresent and to cancel out a book through mockery.

For example, there is a moment when Wolcott in the London Review of Books review worries in a mocking way about Ellis’s inability to “learn anything from this debacle:” from “the bad reviews and the media-bashing.” What “debacle”? The debacle of Ellis’s behaviour? The debacle of Ellis’s failure? The book has gained considerable support among the populace, and going by the sales, White seems to be doing very well both in Europe and in the US.

The real story is that since the 2016 US Presidential Elections, the impulse within establishment journalism has been towards a grand prosecutorial rage directed at anything perceived as defending the economically and socially disadvantaged Middle America or white non-professional America or Trump-electing America, given that the liberal establishment was preordained to win. This contempt for Middle America – a hateful mockery – infects all writing within establishment journalism. This sort of anti-white mockery carries high rewards within the identity-politics business strategy of the global corporate culture. As the political culture gets into a deeper crisis, whether this kind of righteous cynicism will transform into the possibility of dialogue or remain in this state of narcissistic outrage remains to be seen.