Book Review: Will Mamata Banerjee Be A Serious Challenger to Modi In 2024?

Jayanta Ghoshal’s 'Mamata: Beyond 2021', translated by Arunava Sinha, argues that after the 2021 West Bengal elections, the TMC chief has transformed into a national icon.

It is a gamble to predict the future, especially of Indian politics and the role of a single leader, that too from a regional party on the national scene. Jayanta Ghoshal’s Mamata: Beyond 2021, translated from the Bengali by Arunava Sinha, is a cautious exploration that ventures to suggest that the formidable leader will be a serious challenger to Narendra Modi in the 2024 general elections.

As a journalist with decades of experience, Ghoshal has added a caveat, though sotto voce. He looks at Mamata Banerjee’s career in politics, her strengths and her weaknesses and then arrives at a point beyond which he does not venture, that is, she is “the fulcrum of Opposition unity; that the regional parties are keen on backing her as the main face of the Opposition.” Ghoshal’s assessment is conditional, “Put simply, she could well become the prime ministerial candidate of an opposition alliance in 2024.” 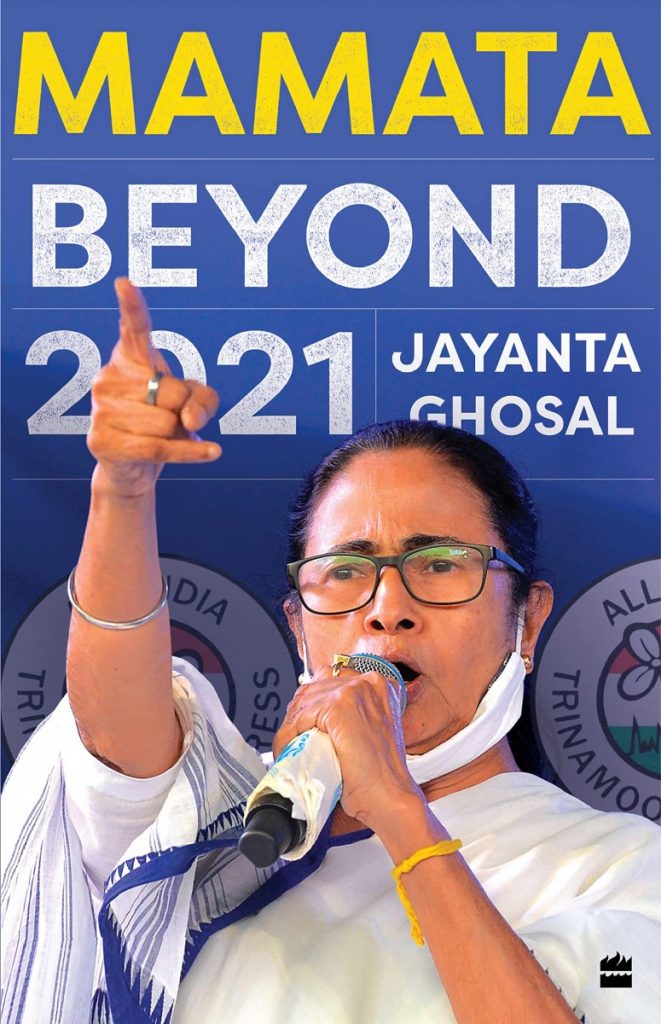 The opposition alliance that Ghoshal believes will look at Banerjee as a prime ministerial candidate is not another version of the Congress-led United Progressive Alliance (UPA) and its kaleidoscopic configuration of regional parties and others giving conditional support from outside the alliance that held power for two terms – from 2004 to 2014 – at the Centre. It is an entirely new alliance of regional parties, where the Trinamool Congress is likely to be a major actor because Banerjee is working assiduously to ensure that the party’s performance in the Lok Sabha elections in 2024 will erase the shock of the 2019 election verdict, when the Bharatiya Janata Party won 18 seats of the 42 seats from West Bengal and became the primary challenger.

By Ghoshal’s reckoning, Banerjee will win more seats in the 2024 Lok Sabha elections than any other regional party, which will catapult her to the top of the opposition alliance list. The book argues, quite correctly, that her image as the victor in the 2021 West Bengal elections against the BJP’s assault headed by Narendra Modi and masterminded by Amit Shah backed by the party’s limitless resources has transformed her into a national icon from a regional leader.

Among her other strengths, Ghoshal believes Banerjee has figured out, aided by political strategist Prashant Kishor and the Indian Political Action Committee’s expertise on how social media can be used to message the voters and influence their choice. She has also mastered the art of inventing “her version of Modi-Shah magic realism,” to broaden her appeal and her “positive plans for the future.”

Armed with his encyclopaedic knowledge of West Bengal politics – including details of Banerjee’s extraordinary career as a leader, Ghoshal’s conclusion that she must not be underestimated as a charismatic leader and therefore a challenger to Modi in 2024 affirms what the polls have been saying since the 2021 West Bengal state assembly elections. The polls also say that, as of now, Mamata Banerjee, like Arvind Kejriwal, is far behind Modi as a prime ministerial hopeful.

Banerjee is more than the charismatic figure with all the checkboxes ticked, as a woman who struggled and fought her way up the political ladder, to occupy the vacant space of the opposition leader to Modi. Not enough can be said about the raw courage and driving ambition of one of the few Indian chief ministers who are not heirs of a political family by either birth, marriage or cohabitation. She earned her place as a leader in West Bengal through her relentless fight, often as a victim of violence, against, not only the Communist Party of India (Marxist) but also against her peers and seniors in the Congress. She has earned her place to be the antidote to the toxic hyper-nationalist, hegemonist and authoritarian politics of the BJP led by Modi and Shah.

As a quintessentially 21st century politician, Banerjee does not belong to the lineage of idyllic, temperate, liberal-progressive democratic politics of the sort to which the first generation of Congress leaders belonged and who in their own way defined it. Colloquial and a “street fighter”, Banerjee is just as capable of getting the news media and her critics to genuflect as Modi has done. She has reshaped the institutions of government and democracy to suit her purposes.

She has also evolved and understood that the greatest threat to the idea of India from the BJP led by Modi is to the principles of diversity, inclusion, heterogeneity and freedom. Campaigning in Kolkata in September for the by-poll that she won to confirm her position as the chief minister, Banerjee declared, “India can never be handed over to people with a Talibani mindset…. Our Hindustan will become an even better Hindustan, and Bengal will protect all of Hindustan.”

One day before Constitution Day, on November 25 last year, she spoke of the idea of India as a federal polity. “We may have our political differences with each other. That cannot change; their ideology is different and ours is different. But this should not come in the way of Centre-state relationship. The Centre can be strengthened only if the state is strengthened.”

On issues ranging from the unilateral extension of the hinterland inside India that can be policed by the Border Security Force; the GST; citizenship; and the credit rating of states that need to borrow to spend on pro-people policies that are fundamentally different from the ‘yojanas’ and ‘schemes’ of the Modi regime; Banerjee has been busy creating a space where opposition ruled states can forge alliances based on commonly shared goals and problems. In doing so, she has challenged in very specific ways the extreme centralisation that comes with Modi’s strategy of development and control embedded in the concept of “double engine sarkar”.

The BJP’s politics of communally divisive identity politics, crony capitalism and hyper-nationalism that turns sons of the soil like the Indian farmer into an “anti-national-separatist” had so mesmerised the popular imagination that the emptiness in the middle in Indian politics went almost unnoticed. Banerjee’s win in 2021 in West Bengal was a course correction; the Trinamool Congress counter to the BJP in the campaign reinvented the middle ground that the Congress had left defenceless because it was so absorbed in its own domestic problems.

With the Left decimated, except in Kerala, the BJP had bamboozled the voter into believing that it was both the right and the middle in Indian politics. And Mamata Banerjee sensed the vacancy and the vacuum and seized the role of leading the moderate, middle of the road voter. Post-May 2021, Banerjee has been working very hard to trash the BJP’s credentials of representing and speaking for the majority, defined by their identity as Hindus.

Banerjee is brash, bold and a risk-taker. She is also unpredictable and has acquired a capacity to create opportunities to make herself the centre of national attention, giving Modi competition in unexpected ways. And the opposition is in the process of learning how that can be exploited; her address at a Varanasi rally on March 3, ahead of the last phase of the seven phases of the Uttar Pradesh election, is a perfect example. She was, albeit briefly, in the national limelight rivalling Modi for attention. Because Ghoshal’s book on Mamata Banerjee stops immediately after the May 2021 state assembly elections, it has not tracked the progress of the protagonist on her self-appointed crusade: “To defeat BJP, it is important for all of us (opposition parties) to join hands. We will have to come together.”

As an easy to follow narrative of who is Mamata Banerjee and why she can fill the vacancy of the political middle ground created by the Congress’s self-inflicted retreat, Ghoshal’s book is a necessary addition to the library for those who closely pursue the course of Indian politics. The author knows far more and has deeper insights than he has cared to write, which is a pity.