Book Review: How to Overhaul Politics to Serve Real Needs, Not Class Interests

Pramod Kumar's book argues that the idea of new India as a transformation from secular nationalism to cultural nationalism, from mixed economy to market economy needs some serious rethinking. How does contemporary social, political, and economic development in India provide legitimacy and justification for the impoverishment of the poor is the central question that Pramod Kumar’s book The Idea of New India: Essays in Defence of Critical Thought opens up for analysis.

Kumar does it skillfully, taking the readers through Indian political history in such a way that rethinking a new development path, which is more just and participatory, emerges as a response. The author argues from his location in the formal and informal social and political processes in the country, drawing rich insights from the state of Punjab where he is from.

The first 90 pages of the book take us through the history of the Indian democracy. Looking at the current period, it argues that the new nation-building project excessively relies on blurring structural inequalities, using (Hindu) civilizational symbolism to build a global friendly capitalism. From banning beef to proscribing Pakistani singers, gagging writers and other dissenting voices, and using repressive apparatus of the state are all compulsions of Indian democracy to deal with the social strife emanating from the gap between promises and performance, and the lack of trust in political leadership or politics in general.

Kumar suggests that elections are now ‘events where the voters are managed through a cocktail of symbols, doles and political rhetoric’. He predicts that the real ideological aspect of politics is being kept on hold till the political capacity is acquired to amend the constitution to do away with its secular and democratic principles. 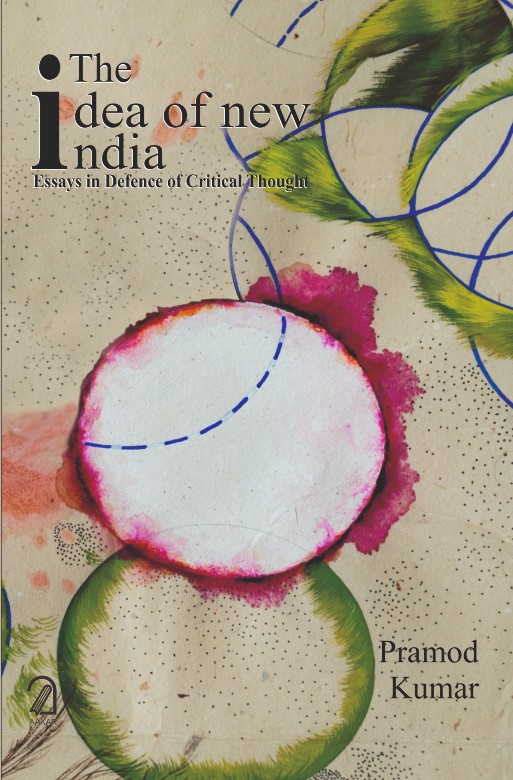 Kumar further argues that the core of democratic politics – building consensus through dissent and consent – is purged daily by forced consensus, revenge politics, building a cult around a leader, and strengthening authoritarianism through delegitimisation of institutions. Resultantly, redefining politics that moderates the callousness of the market system and stands in defence of critical thought looks even more difficult post-2014.

There are rich details here that show how the legitimacy and justification for the marginalisation of the poor has been built through the same democratic processes, which were previously thought to be the source of their emancipation. This poses the biggest challenge for the future of the Indian democracy.

Democracy relies on two norms that are often taken for granted – mutual tolerance and institutional forbearance. Treating rivals as legitimate contenders for power and underutilising institutional prerogatives in the spirit of fair play, are not written in the Indian constitution. Yet without them, the constitutional checks and balances are inoperable, and becomes a bigger challenge for saving democracy Kumar suggests.

The book identifies four fault lines in Indian politics. First, the use of Hindu civilizational symbols – like Ganga, Gita, Navratras etc. – for building universal categories like citizenship alongside packaging the persona of the leader as a civilizational representative; second, the convergence of ‘market fundamentalism with Hindu civilizational symbols’; third, the building of ‘market fundamentalism using cultural nationalism’ and, finally, ‘the strengthening of centralization’ under the garb of cooperative federalism.

The book then goes on to elaborate the deep layers of the governance framework that has evolved in the post-independent India for building legitimacy for exclusion and marginalisation through a very grounded understanding of the specific policies. This framework is about seeking a solution for school dropouts via midday meal schemes without any focus on poverty reduction; packaging privatisation as Public-Private Partnership, highlighting the failure of public services as corruption as the root cause.

A major casualty of this framework is citizen-centric democratic governance, argues the author. The everyday experience of citizenship that emerges from this framework, the author argues, is marked by three deficits: lack of trust, lack of dignity and lack of explicit productive gains for the citizens. He gives some very interesting examples from Punjab in this context.

Building on the citizenship experience in Punjab, an important segment of the book deals with Dalit politics in Punjab. Punjab has the highest percentage of Dalit population in India. Kumar’s main argument is that in Punjab, the political and economic articulation of Dalit issues has been far more within the mainstream politics rather than in the terrain of exclusivist Dalit politics. Exclusion and marginalization of Dalits in economic sphere, competitive politics and justice delivery is monumental.

However, the regional response to this exclusion in Punjab is quite distinct. The prevalence of liberal egalitarian world view in Sikhism, Arya Samaj and other religious and social reform movements in the state, the author argues, has helped to break from the purity-pollution framework. This has contributed to redefining the socio-cultural and religious positioning of Dalits in Punjab. Dalits have become a competing identity in the electoral politics of Punjab and have not emerged as an exclusive political formation.

In the final segment, the book posits how the idea of new India needs some serious rethinking. He argues that today the idea of a new India is a transformation from secular nationalism to cultural nationalism, from mixed economy to market economy, and from the nonaligned foreign policy to the interest based global alignments’.

This idea of new India superimposed on the multicultural character of the societies resulted in the practice of politics that alienated a large section of the population from the state, and from their cultural, lingual and their own physical and material resource base.

The use of caste and nationalism mixed with religious belief systems of the majoritarian population provides sufficient space to obscure the essential character of Indian social reality. Such ideas for a new India serve to cover up for the historic failure of the post-colonial ruling classes in India, and increasingly turns into a legitimising ideology for the new social order.

How can the mainstream political processes contribute to the substantive overhauling of Indian politics that serves the real needs of people rather than merely facilitating the legitimisation of the ruling class interest? The fundamental problem facing Indian mainstream political discourse remains its extreme partisan division – one not fueled by strong policy differences, but by other deeper sources of resentment, including social and religious differences.

There are two possible directions that politics can take: society’s divisions as a given but try to counteract them through elite cooperation and compromise. The second is to overcome that polarisation. Religious and caste realignment, gender divide, rural-urban divide and growing economic inequality are the key drivers of polarization in India. Addressing these social foundations is about a reshuffling of what India’s political parties stand for.

Also read: A Long Look at One of the Most Important Institutions of the Indian Democracy

One clear way to fight the deepening partisan divide, then, is to genuinely address the bread-and-butter concerns of long-neglected segments of the population – no matter what their caste, religion, gender or location is. It is imperative that the parties, who wish to reinvent politics, address the issue of economic and social inequality. The very health of Indian democracy hinges on it.

While the book ends on a hopeful note, arguing that there exists a vast space for politics to reinvent itself, an important question to ask is how is this to be shaped and achieved? The book has important elements that point to the direction in reinventing the idea of India. But it doesn’t identify the inspiration.

Perhaps the search takes us to the platforms that we see emerging to challenge the discriminatory Citizenship Amendment Act, the occupation against farm laws, the mobilisation around gender injustices, unions against labour codes, citizens coming together to build a sustainable Lakshadweep, and in the universities and outside where the youth are shaping the political struggles of our times. Three essays weaved in the book i.e. Challenges of Democracy in India, Governance for the Margins and Dalit Identity Architecture makes a compulsory read for the students of politics.