Book Review: The Actors and Characters of Satyajit Ray

'Satyajit Ray’s Heroes and Heroines' covers the gamut of his filmography, and offers insights into the making and reception of his films. 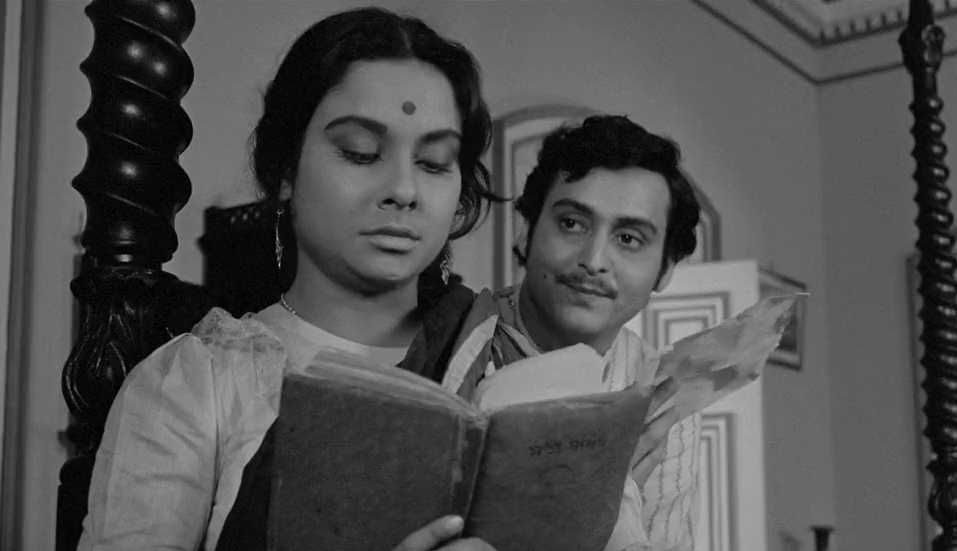 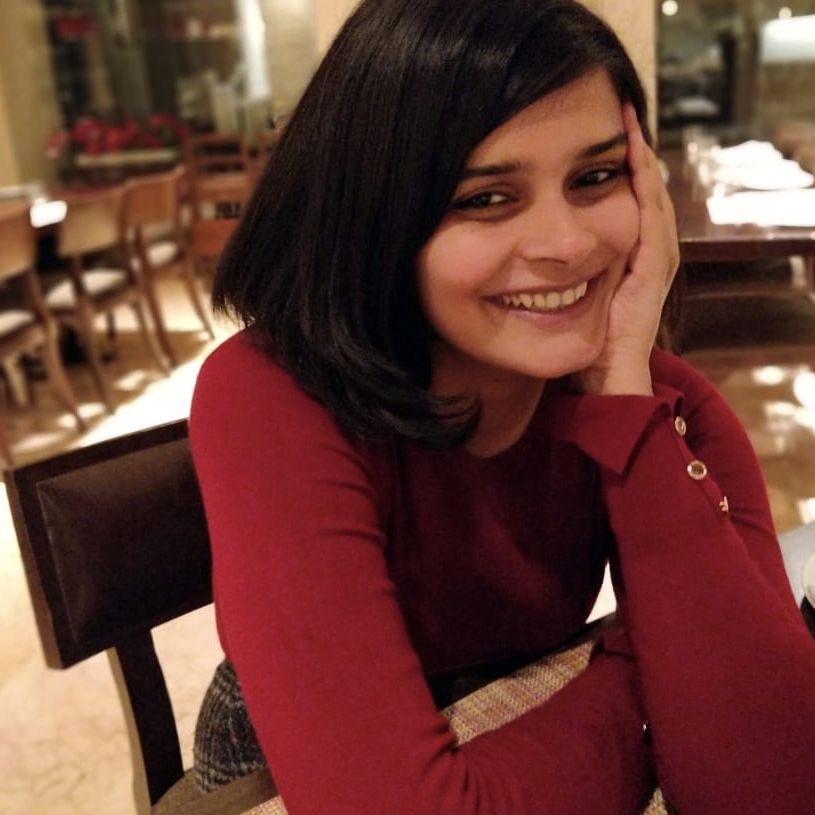 Amitava Nag’s book opens with a foreword by the legendary Bengali actor Soumitra Chatterjee. In it, he stresses the importance of the diverse character profiles that exist within the oeuvre of Satyajit Ray’s works. Later, as one progresses through the book, Chatterjee observes that ‘Ray’s achievement is that he made the whole cast act in naturalistic mode…he bought stylistic unity to their cinematic expression’.

As Chatterjee’s observations and the title indicate – the book is about the various characters, and the actors portraying them in the works of Satyajit Ray. Nag posits Ray’s cinema as ‘profoundly deep’ and having an ‘eternal appeal.’ Through this book, he hopes that the reader will revisit Ray’s works to view them in a different, critical light.

This breezy read is structurally divided by character profiles as identified by the author through a thorough dive into Ray’s filmography. Therefore, it examines the presence of the patriarchal figure, the unique status of Chatterjee in Ray’s films, the city heroes, the classical and the modern woman and the villains.

The first chapter examines the aristocratic patriarchal figure portrayed by Chhabi Biswas in Jalsaghar and Kanchenjunga. The second turns its lens over to Ray’s city heroes portrayed by Anil Chatterjee in Mahanagar, Dhritiman Chatterjee in Pratidwandi, Barun Chanda in Seemabaddha and Pradip Mukherjee in Jana Aranya. 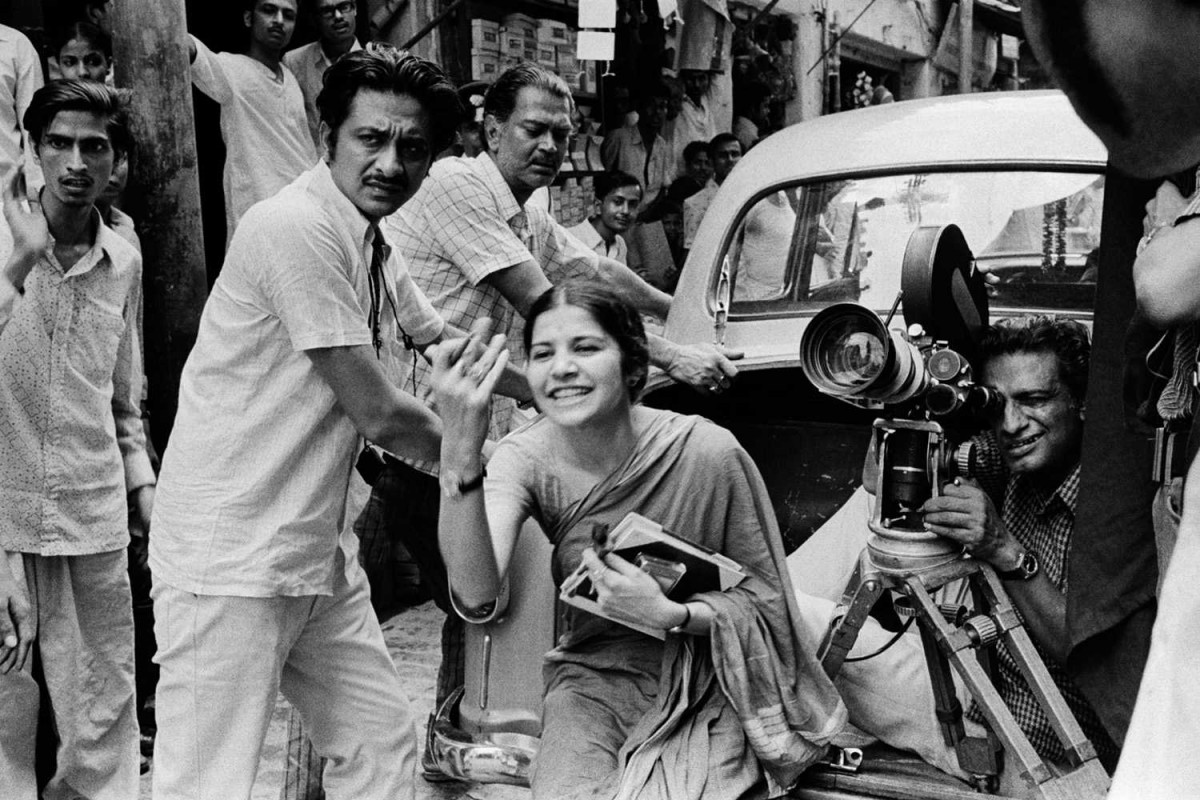 Satyajit Ray and Pradip Mukherjee on the set of ‘Jana Aranya’ (1975). Credit: IMDB

The third chapter looks at the comedic figure through the acting styles of Robi Ghosh, Santosh Dutta and Tulsi Chakraborty. The fourth goes into the diverse roles essayed by frequent Ray collaborator Chatterjee, and the projection of the new Bengali man through his figure. Chapter five looks at the men who have negative shades attached to their character arcs such as Charuprakash Ghosh in Aparajito, Jahar Roy in Goopy Gyne Bagha Byne, Utpal Dutt in Hirak Rajar Deshe and Soumitra Chatterjee in Ghare Baire.

The sixth chapter delineates the figure of Uttam Kumar and the kind of new film hero he projects in Bengali cinema. The seventh explores the role of the mother figure essayed in the Apu Trilogy and Devi. Chapter eight examines Madhabi Mukherjee and how her characters in Mahanagar, Kaparush and Charulata creates a template for women’s identity in Ray’s films. 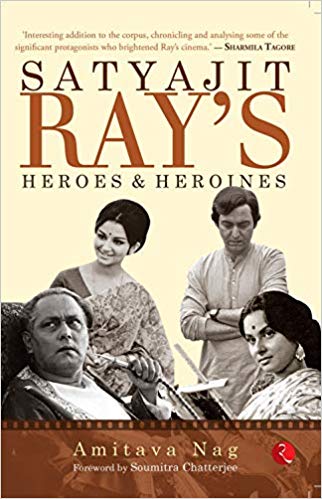 Chapter nine, through the figure of Sharmila Tagore, explores the portrayal of the traditional and modern woman in Ray’s films. Chapter ten examines the role essayed by children in Ray’s cinema and films made by him for children, such as the Feluda series.

The final chapter looks at actors and actresses excluded in the previous chapters but have nonetheless essayed an important role in Ray’s filmography.

The lucidly written book is an engaging primer to those unacquainted with Ray’s work. It covers the gamut of his filmography, and offers insights into the making and reception of his films. 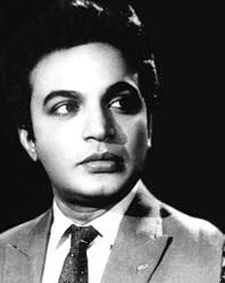 However, for the purpose of this review, I would like to turn my attention to issues of aesthetics, masculinity, history and method that are bubbling beneath the surface throughout the book and how it can offer productive insights when thinking about Ray’s contribution as a filmmaker to Indian cinema.

In the book, Nag makes the claim that Ray did not experiment when it came to his filmmaking style. Moreover, according to Nag, Ray had a disdain for the acting tradition in Bengali cinema and thus cast non-actors for his first feature film, Pather Panchali. However, the book would have benefitted greatly had Nag taken into account the impact of neorealism on Ray’s filmmaking technique, which in turn influenced his decision to cast non-actors for his first film.

Besides taking into account the impact of the neorealist movement, it would have been productive for the author to take into account the role of the camera and of editing in framing and enhancing the actor’s performance. These are all weapons in a director’s oeuvre to realise his vision on the big screen.

Secondly, Nag reviews and not critiques the actor’s performance style throughout the book, using words like technique (although never actually examining the technique) and focusing on the actors’ use of their eyes.

The book is peppered with rich anecdotes culled from archival sources where actors recall how they prepped for a certain character and how Ray veered from guiding the actors at every step to giving certain actors complete freedom to interpret their character. These anecdotes hint at the process of making a character come to life on screen, and I wish Nag had perhaps dwelled more on this, as it would have given the reader insight on the work done by actors and director behind the screen. 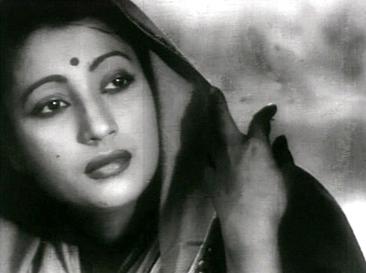 One of the most intriguing undercurrents of the book is a new kind of masculinity represented by essayed by actors such as Chatterjee and Uttam Kumar. There is hitherto scant work or research on masculinity in Indian cinema, and the book would have been a very original contribution had it delineated this for the reader.

For instance, when it comes to Chatterjee, the book claims that by acting in 14 films directed by Ray, Chatterjee was the representative face of his body of work and the quintessential Bengali man, a harbinger of youth.

Kumar, according to Nag, complemented the figure of Suchitra Sen and together they represented the modern Bengali family. He claims, Kumar’s slight effeminacy, has to be in light of how it was attractive to both women and men. For women, because of his sensitivity, and for men because he is able to couple with an attractive figure like Sen. I hoped for the book to elaborate and historicise this new Bengali man that emerges within the socio-cultural context of Bengal and Ray’s films. Unfortunately, the book resorts to a hagiographic account for the most part.

Also read: ‘Working with Satyajit Ray Was One of the Joys of Producing Shatranj Ke Khiladi’

In terms of method, the book only features one in-depth interview with Chatterjee, while other anecdotes are sourced from newspaper and academic articles. It also heavily relies on Andrew Robinson’s seminal book Satyajit Ray: The Inner Eye. The book is also styled along the lines of a film review, where the plot of the film is explained without engaging in rigorous textual analysis. The book would have benefitted through an analytical framework of the characters that animated Ray’s rich body of work.

The book, however, is an engaging read which exhaustively covers the breadth of Ray’s oeuvre. Those interested in learning about Ray and his work will find the book useful as an entry point to his filmography and what to expect while watching his films. Although covering new ground, by focusing on the characters and actors, when it comes to the extensive literature on Ray, the book would have benefitted enormously by a more rigorous methodological framework, textual analysis and attention towards issues of aesthetics.

Ishita Tiwary is a Horizon Post Doctoral Fellow at the Department of Film Studies, Concordia University.