Book Review: Moving Away From the Popular and Simplistic Narratives About Beef 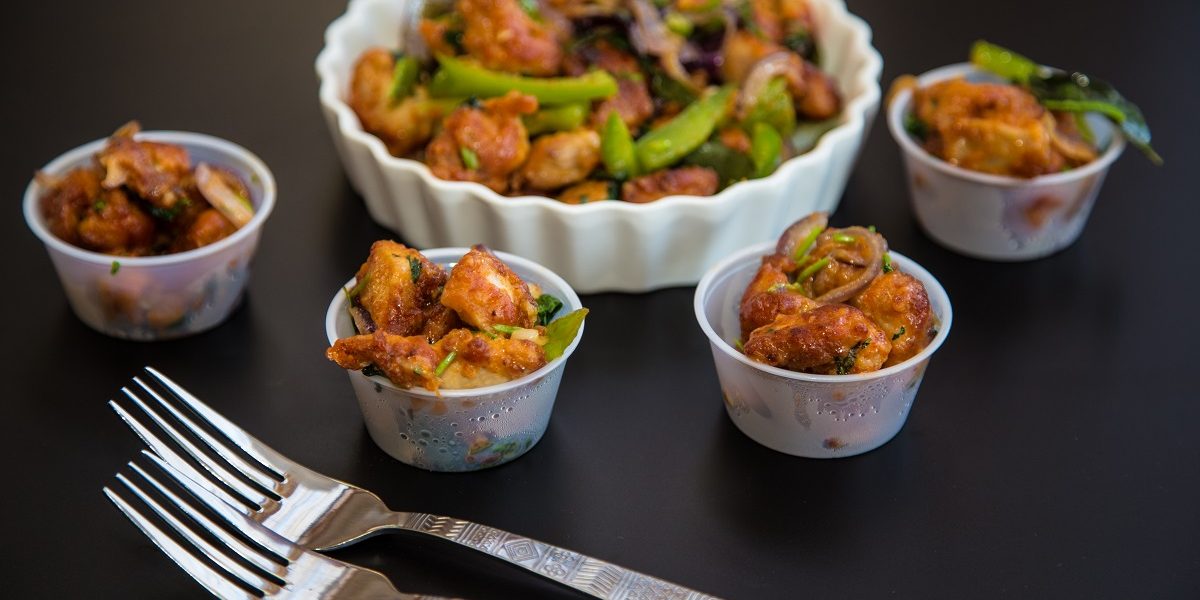 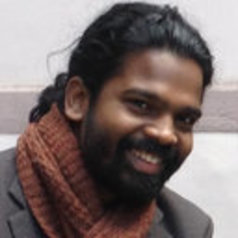 In an important article on beef festivals, Balmurli Natarajan called for reframing beef festivals as ‘antagonistic’ moments that challenge the degradation of outcaste labour and articulate an anti-caste identity heralding a politics of ‘multiculturalism against caste’. Sacred Cows and Chicken Manchurian by James Staples cautions us against such an approach. Based on ethnographic fieldwork in coastal Andhra Pradesh, this book moves away from the popular and simplistic binary of cow protectionists versus pro-beef Dalit activists to explore the overlooked ambivalences that exist between these two poles. This book pursues and makes a case for in-depth ethnographic research on dietary politics and processes. It adds nuance to existing accounts on the politics of consuming meat and non-meat diets in contemporary India. Staples explores the meanings attributed to food as a continually changing process and not merely influenced by political ideologies (for example, the BJP), but also shaped through changing technologies of producing and processing meat, environmental and health concerns, class position and gender. Theoretically, this book complements scholarship that makes a critical contribution to the anthropology of food beyond structural Marxism and Louis Dumont’s domineering influence on food studies in India.

Chapter One is a brief engagement with history (differential histories of meat-eating in India), where cattle in Vedic texts and manipulation of bovine history in colonial times are discussed together to understand the bovine politics in post-Independence India. The Vedic past was recast continually in colonial times for nationalist politics and now this manipulation of bovine history (where beef eating and cow protectionism are reanimated), continues in post-Independence India with the clear political purpose of othering Muslims, Christians and Dalits.

Chapter Two engages with the complexity of food preferences and ensuing changes in coastal Andhra. The dichotomy of vegetarian and non-vegetarian means little in the people’s lives as vegetarian diet dominates in most people’s lives and the ‘symbolic is to a large extent preconfigured by material’ (p. 54). This chapter maps dietary changes and how economic liberalisation has changed the Andhra cuisine and a critique of modernity too is now pushed through, speaking of a past where food was authentic. Though eating outside has increased, this change is however gendered as eating out is still not considered respectable for women.

Chapter Three and Four explore the meaning of beef consumption in the context of polarised binaries – of those who celebrate beef consumption and those who herald cow protection. The making of chicken as respectable meat and consumption of beef by upper-caste Hindus, along with the export of beef has led to higher prices of beef. Assumptions like love for cattle as the sole preserve of upper castes is challenged here to suggest that a kinship type relationship exists between beef-eating Dalits and their buffaloes. Whereas the upper-caste owner of cattle resorts to ‘not knowing’ as a way of dealing with the sale of their cattle to butchers and cattle traders (p. 93). The bovine nexus and the multiple and contradictory meanings of bovine and cattle meat are engaged with here to argue that there is no radical distinction between the preference of high-caste Hindu cattle owners and beef-eating Christians, Dalits and Muslims — vigilante action against cow slaughter is more about making Muslims, Dalits and Christians as the ‘Other’ (p. 101). Chapter Four further engages with falsifying the distinction between beef and other meats and suggests that the distinction to be far more complex as food choices are shaped by class, education, age, family position and locality.

Chapter Five on the changes in meat-eating practices in the last three decades locates the rise of chicken at the heart of this change. While eating beef could invite prejudice, chicken is increasingly considered ‘sanitised’ meat. The chicken revolution (production and consumption of broiler chicken) and the role played by markets and other non-political factors are also aided by Hindutva groups in the promotion of chicken over beef. From being a source of suspicion, broiler has turned most acceptable non-vegetarian food for vegetarians and meat-eaters alike. Hindutva groups occasionally appropriate the argument of environmental distress caused by mass poultry production for political gains – turning the Hindu nationalist project into an environmental project – while meat-eating groups simultaneously work out newer ways of framing their food habits.

Chapter Six, titled ‘From Caste to Class in Food’, suggests that caste alone may be inadequate to explain the on-the-ground social distinctions and highlights the complex social effects of globalisation. While beef can seem a cosmopolitan diet if it is consumed by upper castes and privileged groups, Staples suggests that cosmopolitan sophistication and caste are no longer adequate to explain the ongoing realities of social distinction as dignity is increasingly determined by cultural capital:

Food, then, because of its relative accessibility—compared to the costlier trappings of a middle-class life, from fridges to motorcycles—was a particularly important medium through which identities beyond caste could be performed and negotiated. (p. 155)

That Kotaiah (an upper-caste) eats beef as his new found cosmopolitan identity and Prakash avoids beef for respectability as an untouchable (Mala) and Soloman Raju though an untouchable on the other hand had economic status which no longer needed to concern himself with what high-caste Hindus thought of him. While understanding class is important to decipher the status struggles and social differentiation—caste continues to remain of central importance in understanding Indian food ways (p. 161).

The concluding chapter recapitulates the continued making and remaking of the sacred cow since anti-colonial nationalist struggles and contemporary militant nationalism in neo-liberal times (nationalism) as a way of resisting the ‘Other’ (Muslims, Christians and Dalits) and the liberal environmentalists’ support to the hegemony of vegetarianism and bovine inviolability. It summarises how ethnography brings nuance and paints an intricate picture to challenge the hegemonic view that the beef industry is confined to a non-Hindu ‘other’ to unravel high caste complicity in beef business, the complexities of human-cattle relationships, the complicated eating habits of actual people beyond distinctions of ‘vegetarian and non-vegetarian’ and ‘beef and non-beef’.

Staples calls for complicating these binaries, for looking at the symbolic and the material together and avoiding an understanding of culture as static (both Dalit and Hindutva activists do this, according to Staples). Ethnography thus helps us to look at ‘cultural or ontological claims as contested, shifting, and as politically motivated’ (p.176). While Staples brings nuance to the study of food, the broader picture he presents on shifting dietary preferences and associated collective identities leaves us wanting for more.

Though Staples calls for looking at the material and the symbolic together, he partly ends up privileging the material over the symbolic and cultural. His attempt becomes one that passionately seeks to bypass Sanskritisation (Srinivas) and Dumont (essentialising of Indian culture). For instance, Staples suggests that for militant vegetarians, eating meat – especially beef – stood for negative otherness (p. 120, emphasis added). How does one distinguish militant vegetarians from non-militant vegetarians or militant and non-militant non-vegetarian Hindus? What social currents tie them together or separate them? Does Hinduism under Hindutva take a newer inclusive form of social cohesion so as to weave nationalism, vegetarianism and non-beef non-vegetarianism together? A recent survey by Pew Research Center may have some answers. It reports that nearly two-thirds of Hindus (64%) say it is “very important” to be a Hindu to be “truly Indian”. In addition, 72% of Hindus surveyed across the country say that a person who eats beef cannot be a Hindu. One cannot be sure if such a vast majority can be termed as ‘militant’ vegetarians/Hindus.

While Staples largely attributes the chicken revolution to the decline of beef, Ferry (2020) using quantitative methods in a similar exercise maintains that the social structure remains stable in India over time and that we need to move beyond linear expectations drawn from economic development to understand local cultural preferences (chicken and vegetarianism). Local is not framed here as stagnant but resilient and for Ferry therefore, the politics around the decline of beef consumption in India (especially amongst the Scheduled Castes) indeed points to the making of a Hindu Orthopraxis and the simultaneous Othering of Muslims. How do we make these two approaches and methods speak to each other?

Staples draws convincing parallels with other states in North India, but this also undermines the local non-cow-belt nature of coastal Andhra. His nuanced local approach also ignores Kancha Ilaiah’s book Buffalo Nationalism and Ambedkar, though cited, appears not as a sociologist or anthropologist but as a ‘leader of Dalit Buddhist movement during independence struggle’ (p. 40). These minor quibbles aside, Sacred Cows and Chicken Manchurian is essential reading on food politics in South India and it will encourage more attention and research on sociology-anthropology of food in South Asia.

Suryakant Waghmore is a public sociologist. He loves beef curry and rice as much as rajma chawal.