Book Review: The Hidden History of Female Agency in the Sikh Empire 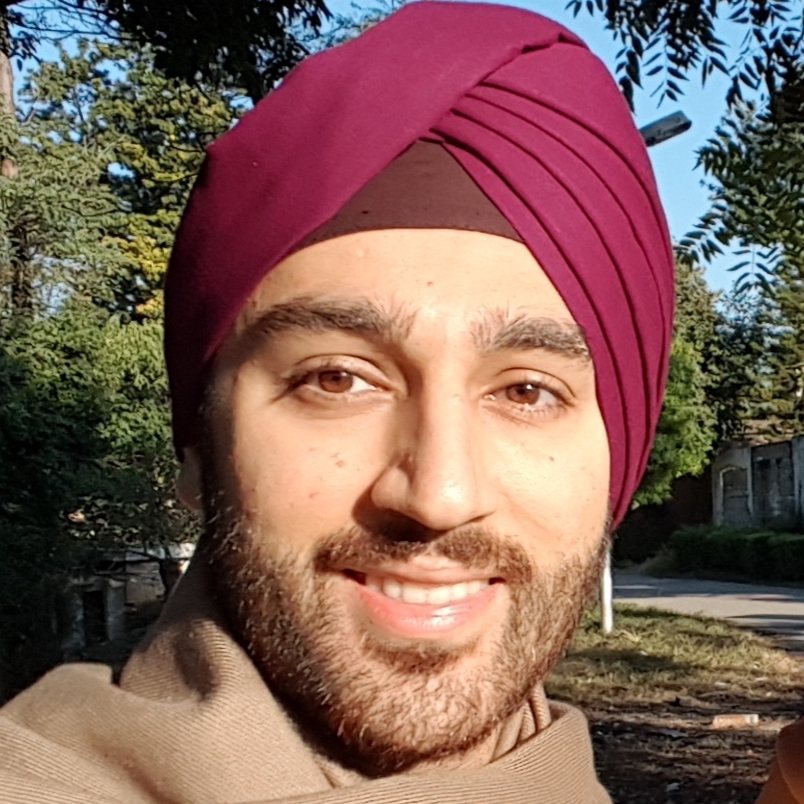 In traditional accounts, Maharajah Ranjit Singh – the Sher-e-Punjab – was the “solitary genius” of the Sikh Empire, singularly responsible for its rise and whose death precipitated its inevitable demise. Atwal challenges this proposition by examining the role of ruling women and young princes of the Maharajah’s royal house in his dynastic project.

The Sikh Empire, which was founded in 1799, lasted a brief 50 years until its annexation by the British East India Company in 1849. Proclaiming himself the Maharajah of Punjab in 1801, the empire founded by Ranjit Singh also encompassed swathes of territory up to the Khyber Pass as well as Jammu and Kashmir. Its royal capital was situated in Lahore where the Samadhi of the first Maharajah towers, to this day.

Following Singh’s death in 1839, the empire’s final decade witnessed two disastrous wars against the British and the sporadic reigns of various successors, culminating in that of the boy-king, Duleep Singh, who was exiled to Britain.

Atwal’s scholarship is inspired by the feminist historiography of Ruby Lal, among others, whose exposition of gender relations in the context of the Mughal harem established a novel paradigm for the analysis of royal domestic power.

By dissecting British colonial sources and Punjabi chronicles, Atwal showcases the centrality of female agency to the expansion of Sikh sovereignty and how denial thereof contributed to the empire’s downfall. Her comparative regal history, which combines academic finesse with lucid prose, also enriches our understanding of what it meant to be an Indian king. Royals and Rebels is published by Hurst in the UK, and is forthcoming from HarperCollins in India.

To be a Sikh king

Atwal commences with a discussion of “Sikh kingship” as a moral ideal, providing a framework for comprehending the intellectual foundations of Ranjit Singh’s Sarkar-i-Khalsa (Government of the Khalsa). Biographers of the Maharajah have often questioned the compatibility between his monarchy and the egalitarian principles of Sikh governance in the post-Guru period.

Atwal suggests these criticisms are misplaced. Instead, she locates the Maharajah’s dynasticism within the tradition of “revisionist royalism” established by Guru Gobind Singh. The Tenth Guru had re-modelled the Mughal ideal of “sacred kingship” by infusing the responsibilities of regal authority with the spiritual equality of the Khalsa. 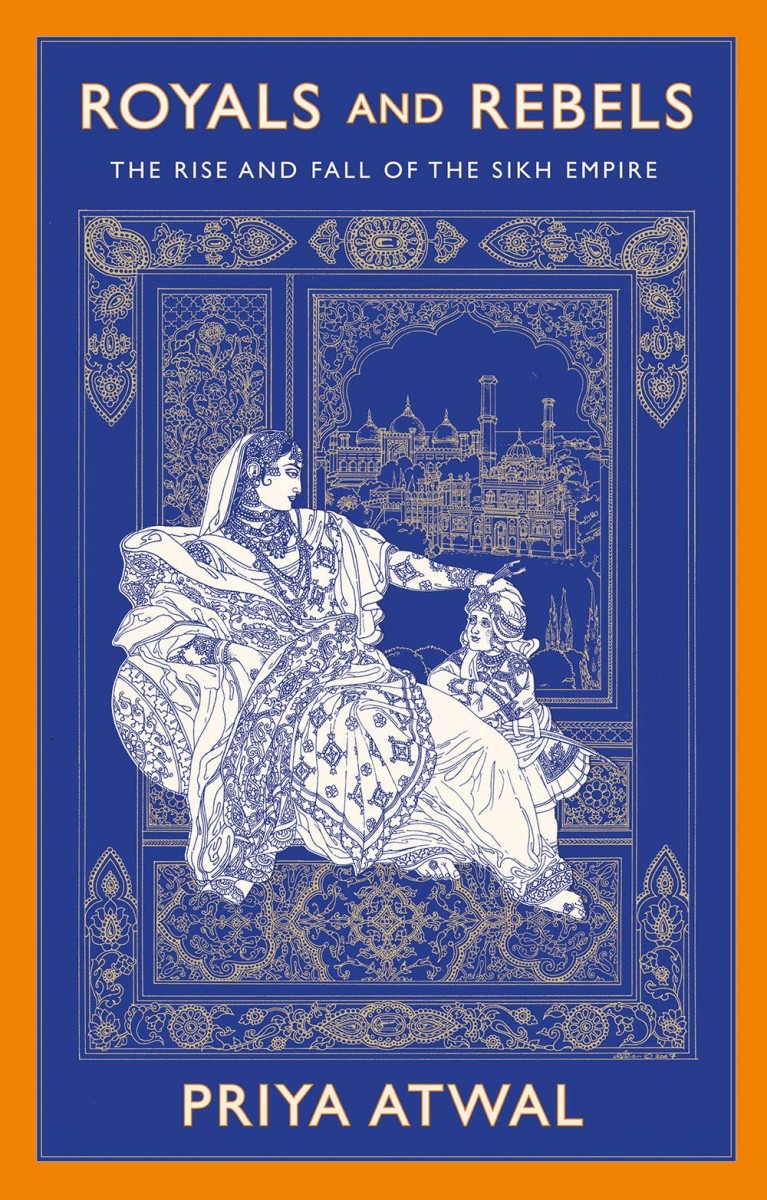 This argument makes sense of seemingly paradoxical elements of the Maharajah’s rule. For instance, despite establishing his own personal dynastic hierarchy, the Maharajah refused to sit on the Mughal throne upon taking Lahore in 1799. He similarly rejected the minting of coins bearing his name. Instead, they featured images of the Sikh Gurus. In Atwal’s thesis, the Maharajah was embracing the Fifth Guru Arjan’s notion of Halemi Raj (modest and just regime) “on his own terms”.

Having explained the contours of this hybrid “royal culture”, Atwal segues into a rich analysis of how the Maharajah transformed his family’s misl holdings into the Sukerchakia dynasty. This is an essential element of her book. What has come to be known as the “Sikh Empire” was in fact the territory under the control of the Sukerchakia family, of which Ranjit Singh was a third-generation member.

In illustration of her work’s comparative pedigree, Atwal argues Ranjit Singh and his empire made this transition by engaging in a form of “dynastic colonialism”. This concept describes the processes through which a royal household comes to dominate land and spaces in material and cultural ways, which in turn advances political control by that family.

Marital alliances were “a central mechanism through which the Sukerchakias were able to build social and kinship connections, enabling the power of the misl to be embedded.” For instance, Ranjit Singh’s Mother, Raj Kaur, oversaw his first marriage to Mehtab Kaur of the Kanhaiya misl, and his second marriage to Mai Nakain of the Nakai misl – both of which encircled Lahore.

Elite Sikh women also had “relative independence” in military and administrative affairs. For example, Singh’s Mother-in-Law, Sada Kaur from the Kanhaiyas, was instrumental to his conquest of Lahore. Not only was her alliance militarily indispensable, but as narrated by the Maharajah’s court historian, Sohan Lal Suri, Sada Kaur then secured the peace by ensuring that Khalsa honour codes of territorial distribution were observed among misl competitors.

Overall, Ranjit Singh and his principal heirs – Kharak Singh and Nau Nihal Singh – entered at least 43 marriages between the years 1795 and 1842. These included marriages across class and caste lines, and in this respect, Atwal draws a comparison with the conduct of “protection” marriages by the Mughal Emperor Akbar. Together with the training and deployment of the princes as soldier-administrators (a policy she further compares with the Mughals), these strategic marital alliances enabled Ranjit Singh to break away from the Sikh sardar/misldar class and develop a “newer superior league of royalty”. What emerges from her analysis is a “connective” vision of Indian kingship.

Another aspect of royal female agency is the role played by the Maharanis in maintaining their own havelis. Mai Nakain, for instance, took control of the Sheikhpura Fort, acting as a political proxy for the Maharajah. Showcasing the Durbar’s cultural power, she adorned her apartments with garden imagery and pious depictions of the Sikh Gurus. These symbolic representations exemplify the “continual balance of power with humility that characterised the Sukerchakia raj.”

Atwal brilliantly combines this cultural analysis with an intricate dissection of Orientalist gender stereotypes. As originally articulated by Rosalind O’Hanlon, these posit a dichotomy between the “martial masculinity” of independent warriorship and the more “feminised” arena of the court, occupied by “dandified men” and zenana-bound women. The Sukerchakia dynasty problematises this binary in several ways.

First, the Maharajah patronised Sikh courtly culture, which encompassed raising his sons as Kanwars (princes). Second, in 1839, Kharak Singh commissioned a Sanskrit astronomy manuscript – the Sarvasiddhantattvacudamani. This “cultural connoisseurship” also challenges the contemporary British depictions of him as an “imbecile” and the characterisation of Punjabi royals as “unrefined”. Third, royal women were involved in princely education and war. In 1816, Kharak Singh’s mother Mai Nakain took over his training for 18 months. Together they conquered Multan.

All the world’s a stage

A sizeable portion of the book dwells on the relationship between the Sikh Empire and the British East India Company. Atwal explores how Ranjit Singh used Anglo-Punjabi relations as an opportunity to advance his dynastic brand. Such insightful evaluation is made possible by her command of the primary source material. To this end, Atwal surveys numerous diplomatic interactions between the parties. For instance, at the 1838 Lahore Durbar welcoming Lord Auckland to his kingdom, the Maharajah awarded the Governor-General an official Punjabi decorative order. This intimacy was to symbolise dynastic proximity.

At the same time, she notes that whilst many British sources foreground the Lahore Court’s cocktail-fuelled nautch (dance) parties – fuelling Orientalist narratives of Punjabi “decadence” – politically significant meetings were often held in the Maharajah’s gardens. Ranjit Singh’s fondness for horticultural pursuits is further evidence of his engagement with Indo-Persian artistic culture, an affection he shared in his decision to gift the Company’s Political Agent, Claude Martin Wade, a gardening text from his royal library. This is especially salient considering his illiteracy.

However, it should come as no surprise that it was in the realm of weddings that Ranjit Singh made his boldest efforts to enter a “transnational world of royalty”. We learn that the 1811 and 1837 weddings of his son, Kharak Singh, and grandson, Nau Nihal Singh, were occasions of “spectacular dynastic exhibition”. The use of royal symbolism throughout the lavish festivities, combined with invitations to British officials and local aristocracy, were geared towards cementing a new social hierarchy in the Punjab.

The latter sections of the book may be described as a historiographical rescue operation. The dominant view has been that the post-Ranjit Singh period was one of “weak characters”, “bitter divides” and “chaos”. According to Atwal, this narrative has gone unchallenged because of the greater prevalence of (biased) British sources.

For example, an enduring British motif proffered by the Company’s Ambassador, Alexander Burnes, is the notion that Kharak Singh was “of weak mind”. Atwal probes this claim by contrasting it with Punjabi contemporary accounts. She shows that the opinions of Company officials varied according to their strategic assessments. Essentially, those who favoured a more aggressive Company policy vis-à-vis the Sikh Empire were more inclined to perceive his lesser ability to govern.

Atwal also resurrects from obscurity the gendered tensions underpinning claims to legitimate authority. In November 1840, the senior-most wife of Kharak Singh, Maharani Chand Kaur, was traduced by competitor Sikh princes as a danger to the stability of the Lahore durbar. Her daughters-in-law were even poisoned to terminate their pregnancies, destroying their royal lineage. Court historian, Suri, strongly condemned this treatment as most “improper”. By illuminating the views of Punjabi chroniclers, Atwal adds the necessary context to holistically understand the “bitter divides”. 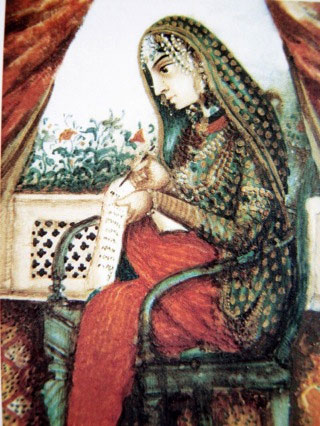 Most maligned in the colonial accounts has been the youngest wife of Ranjit Singh, Jindan Kaur, who became the Queen Regent in 1843. The principal allegation against her is that she was a “slave” to her “passions”, whose feminine unsuitability for rule was to blame for the undoing of the Sukerchakia dynasty in 1849.

Atwal’s defence against this libel is heroic. By 1843-44, the Khalsa Army had emerged as an independent power centre, whose relationship with the Lahore Durbar became increasingly fractious. A popular myth relates that following the Army’s assassination of her brother and vazir, Jawahir Singh, Jindan provoked a disastrous war with the Company in 1845-46, in the hope that the Army would be massacred.

It was in fact the Army that was agitating for a war both to rebuff British military provocations and in the hope that victory would create an opportunity to loot British-held territories as contemporary Punjabi sources demonstrate. Atwal strengthens this argument with evidence from the records of British intelligence, which showcase how self-interested Lahore officials also conspired against the Durbar by bribing Khalsa soldiers. Thus, the Maharani had no choice but to sanction the invasion of Company territory.

Also read: In Honouring Ranjit Singh, Pakistan Is Moving Beyond Conceptions of Muslim vs Sikh History

The final chapter further explores the political implications of gendered litanies against the Maharani. British frustrations at the Maharani’s refusal to make political compromises led to the emergence of a de-legitimising discourse about her “debauchery”. What is striking here is the extent to which it was these biases against female authority, as well as British self-interest, which drove the Company to exile the Maharani from Lahore in 1847, and thus led her in 1848 to secretly instigate an insurrection against the British in Multan.

Whilst that rebellion failed, the indefatigability of the ‘Rebel Queen’ reinforces the merits of Atwal’s thesis about the fundamental role played by women in the Sukerchakia dynasty.

Sapan Maini-Thompson is training to become a barrister in the UK. He tweets @SapanMaini.