India Has Few Friends Among Nepal's Rulers and Even Fewer Among the Youth. But That Can Change

Former ambassador to Nepal Ranjit Rae's book 'Kathmandu Dilemma: Resetting India-Nepal Ties' stands out for its vision of future ties that go beyond the political relationship. 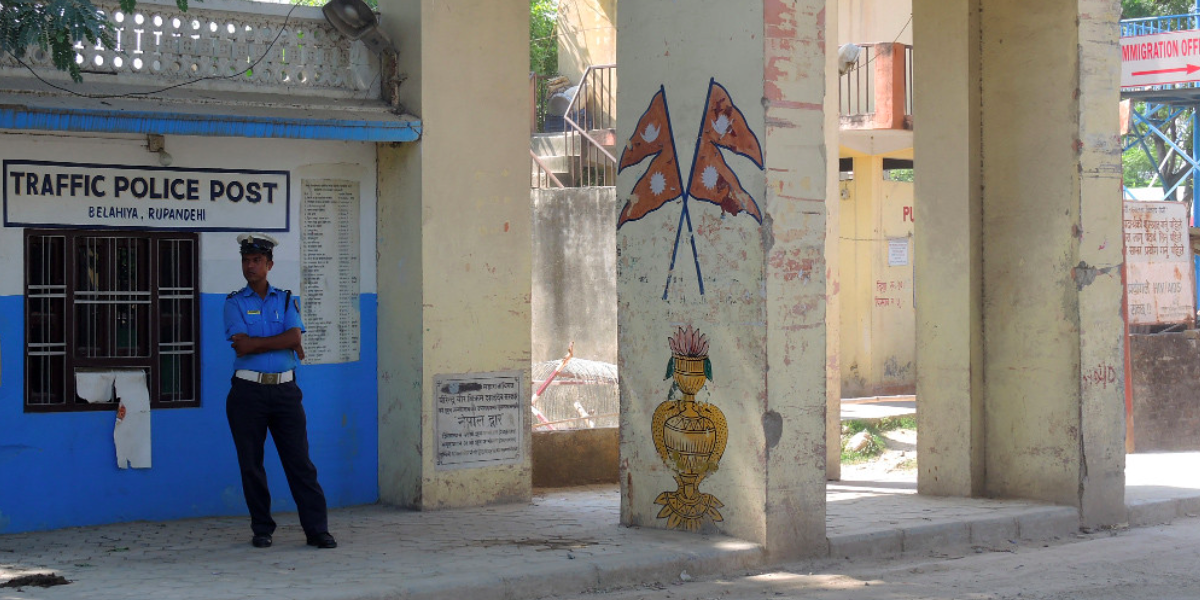 Most Indians – including those who follow geopolitical affairs – would not know of Jaya Singh Dhami. On July 30, 33-year-old Dhami, a migrant worker returning home to Darchula, a Nepali town that borders Kumaon, fell to his death while crossing the Mahakali river on what is locally known as a tuin, or a metal cable strung across a river. Local eyewitnesses allege officers of the Sashastra Seema Bal (SSB), the Indian paramilitary arm that monitors India’s borders with Nepal and Bhutan, were responsible for Dhami’s death. Protests were held in Kathmandu, and an effigy of Indian Prime Minister Narendra Modi burnt. After the South Block spokesperson said Delhi had not received any official communication regarding the incident, Nepal sent a diplomatic note in which it asked Delhi to investigate SSB involvement and ‘take necessary legal action against those involved’ and ‘provide compensation to the family of the victim.’

While Dhami’s death has been covered without break in the Nepali media, it has barely made a dent in the Indian papers, giving us a sense of how each country views the other. For Nepal, India is a behemoth, a giant neighbour with whom it has inextricable links. Delhi is never out of Kathmandu’s calculus, and so deep is the obsession that even fictional accounts by former Indian spies are taken as gospel truth.

On the other hand, for most of India, Nepal is just another neighbouring country that is not very fond of it. For the Indian media, Kathmandu is another friend-turned-foe guided by the red hand of Beijing, as it declared during the 2020 Kalapani dispute. Thus comes the inevitable question – ‘Why don’t they like us?’ – which Modi himself asked former Indian ambassador to Nepal Ranjit Rae after the 2015 earthquake. 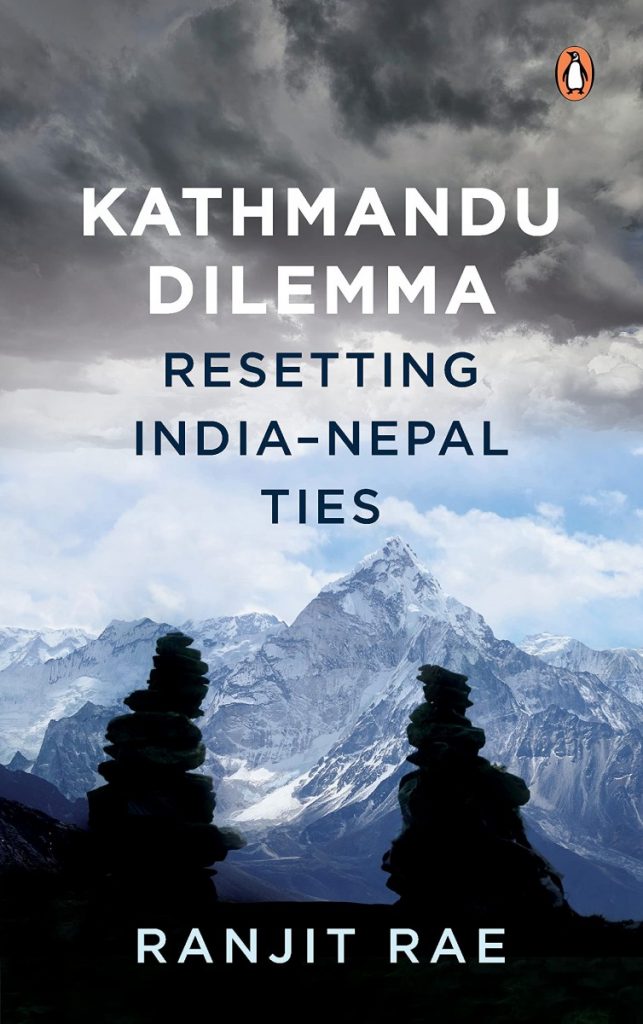 Ambassador Rae’s eminently readable Kathmandu Dilemma: Resetting India-Nepal Ties begins with this question. Rae was the envoy during the most fractious period in bilateral ties in the past three decades, when the 2015 constitution was promulgated in Nepal and India had imposed an ‘unofficial’ blockade citing security reasons because of the protests in the Madhes (this reviewer will agree to disagree over the semantics of the blockade). His account of this period is the first by any Indian official and doesn’t hesitate in identifying shortcomings on both sides – the virulent anti-Indian nationalism that remains a common staple of Nepali politics, and Delhi’s own short-sightedness in the country. As Rae writes, Delhi can have ‘multiple strategic objectives’ that often lead to ‘mutually conflicting policy approaches’ [p. 96]. For example, after the 2015 low in relations, when K.P. Oli grew closer to China, Delhi began to fret. It warmed up to the Oli government and ‘jettisoned’ the Madhesi cause, hoping Nepal ‘will step back from its embrace of China. In reality, this has not happened.’ [p. 97]

The book covers a gamut of bilateral issues in the 21st century such as the political mainstreaming of the Maoists, the 2020 Kalapani territorial dispute, the economic possibilities and lost opportunities, and whether the time has come for a revision of historical treaties. Sprinkled with personal anecdotes as well as reasoned analysis, where Kathmandu Dilemma stands out is not as much in its recollection of history as much as in its vision of future ties that go beyond the political relationship.

For instance, he notes that India needs to develop a new framework that will allow state governments bordering Nepal and Bhutan to directly engage with the respective countries to create ‘more informed and direct’ channels of communication between the concerned ministries on both sides. At present, ‘[i]ssues raised by Nepal, even if they pertain to the state governments, are sent by the embassy to the commerce and external affairs ministries in Delhi. They then further liaise with the state governments. This complicated channel of communication is time consuming.’ [p. 153]

Further, he proposes a radical new solution that can ease the gap in communication: ‘[W]e could even think of direct cooperation between the border provinces of Nepal with our state governments.’ [p. 154] Such a step would go a long way in defusing issues on the border.

Nepal has not been able to hitch a ride on the Indian economic growth bus, and Rae is correct in asserting that Kathmandu’s flip-flops have led to potential foreign investments not materialising in the country. He is also correct in that the apprehensions towards Indian hydropower projects in Nepal emanate from the suspicion that Nepal is being short-changed. But he also argues Delhi must ‘facilitate rather than hamper economic cooperation and trade between countries such as Nepal and Bhutan with Bangladesh that are linked through land and riverine borders with India’ [p. 151], a rare admission for a former diplomat by itself. Although Rae asks India Inc. why it has been reluctant to invest in Nepal, one suspects the answer is easy enough. Nepal has not shown itself to be keen on foreign investment despite our leaders’ speeches suggesting otherwise.

Where Rae’s proposals stand out is his argument that Delhi must show more flexibility towards Kathmandu’s aspirations in the modern era. Nowhere is this more significant than in his recommendation that the 1950 treaty which governs bilateral relations must be revised along the lines of the revision of the India-Bhutan treaty. That India may be unhappy with the Eminent Persons Group report on treaty recommendations is a tantalising admission, especially since Rae doesn’t say why. However, despite acknowledging that Nepal’s drift towards China is not entirely palatable to Delhi, Rae argues ‘India should not view every Nepalese agreement with China as adversely impacting Indian security, especially when we ourselves have substantial cooperation with China’ [p. 214], as long as Nepal has kept Indian security interests in mind. Rae’s proposal that perhaps China and India could jointly work on a project together in Nepal in the future, as they have done in Afghanistan, will be welcomed in Kathmandu, although the domestic backlash such a project would face in India under current circumstances would prevent any further thoughts on that.

There is, without doubt, a foundational imbalance in the way bilateral ties are currently imagined by the respective countries. Rae’s proposals – and his balanced reading of ties – can provide a measured approach to how the relationship can be reimagined. The difficulty perhaps lies in how politics plays out domestically in both countries, and how well the establishment responds to these suggestions. Anti-Indian nationalism forms a bedrock of oppositional politics here in Nepal, and Oli’s new political map may have provided ammunition for such nationalism for years to come. Although a political solution to the territorial dispute would be the best possible outcome, as Rae says, permanent irritants in a relationship can be politically expedient as well [p. 129]. 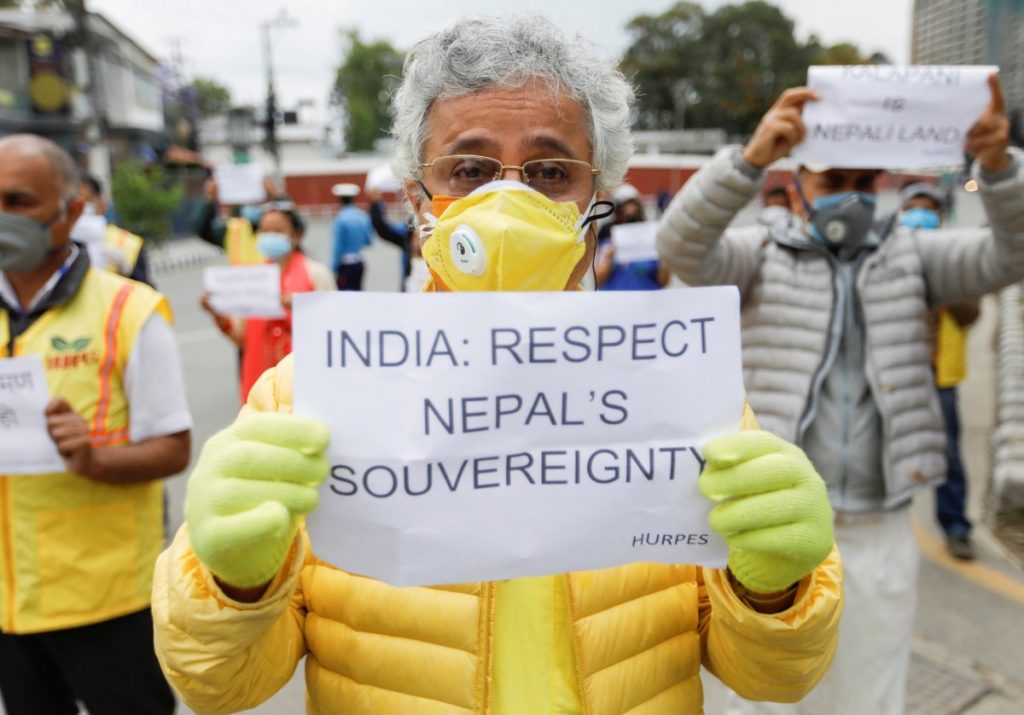 Activists holding placards protest against India during the Kalapani dispute, near the Indian Embassy in Kathmandu, Nepal, May 12, 2020. Photo: Reuters/Navesh Chitrakar

Rae, however, does not imagine a relationship that assumes geographical continuity between the two countries, which may also provide a framework for future cooperation in an era of climate change and extreme weather events. For instance, a Nepali MP from a Himalayan district had told me some years ago that he’d prefer replicating development policies from Ladakh, Sikkim or Himachal Pradesh, regions with similar ecologies. So perhaps the future of ties need not be restricted to border states or provinces either.

Further, while Rae highlights the civilisational connection between the two countries and the political friendships that drove ties in the previous century, one of the key weaknesses of India in Nepal today is that it has few friends among the ruling elite today, and even fewer among the youth. The political friendships of the past are but memories one recalls at public functions. And few Nepalis go to India to study today; the US and Australia are preferred destinations, while more and more students go to China every year. Delhi must find a way to appeal itself to this influential and large section of the population. Nepal is also seeing the rise of a new elite, burgeoned by new local governments and the devolution of power. So Delhi may wish to find new friends in the new republic as well.

But these are minor quibbles in a text that otherwise is a comprehensive and honest account of a unique bilateral relationship. Kathmandu Dilemma must be read by the foreign policy establishment in both countries to realise that India-Nepal ties go beyond political and economic interests. It is a rare nuanced take that provides a template for Delhi to win back friends in the country, and for Kathmandu to get over its insecurities about Indian ambitions.