Book Review: Why It's Important to Audit India's Institutional Failures

In 'State Persecution of Minorities and Underprivileged in India', N.C. Asthana provides his perception of how India's constitutional system is working. 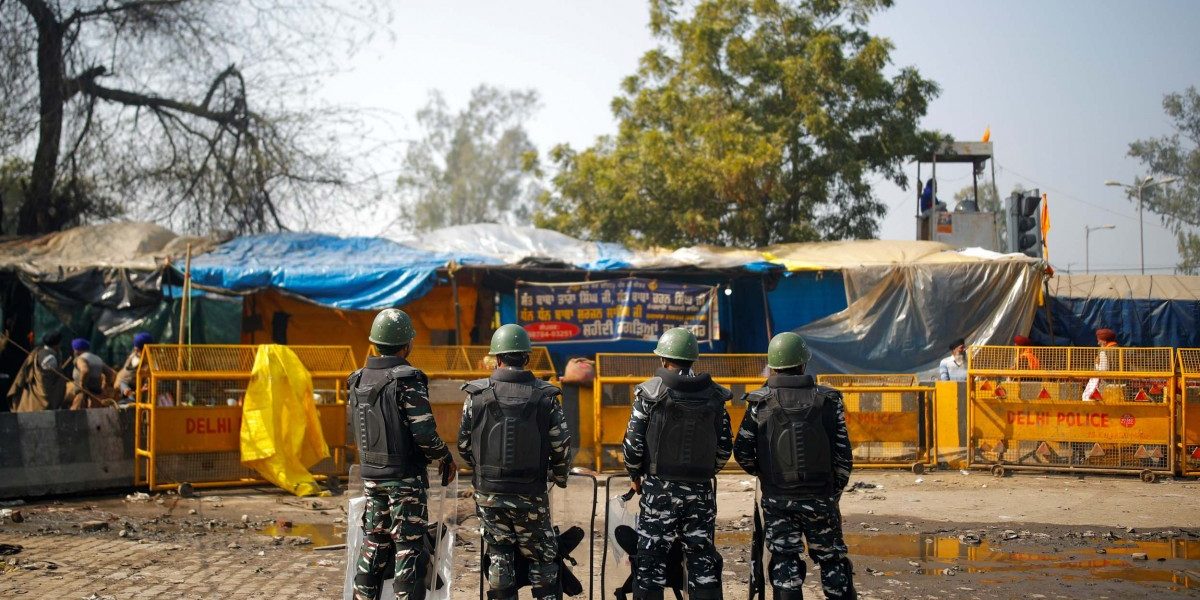 Police officers in riot gear stand guard near the site of a protest against the farm laws at Singhu border in New Delhi, India, January 30, 2021. Photo: Reuters/Adnan Abidi/File photo

N.C. Asthana’s book State Persecution of Minorities and Underprivileged in India contains a highly decorated police officer’s perception of the working of India’s constitutional system. Most of it is true, unfortunately. But it need not be.

State apparatus always has an element of oppression, irrespective of the form of government. Constitutional democracies are no exception to the rule but are designed to minimise the possibility of such oppression.

The Indian constitution is an elaborate document prepared by a set of visionaries to provide the people of India with a liberal democracy. The powers of the state are distributed among various institutions – a design to protect the liberties of the people, through a rational system of governance. The document incorporated some of the best features of other democratic countries.

In practice, what happened to this constitution is the subject matter of Asthana’s book. 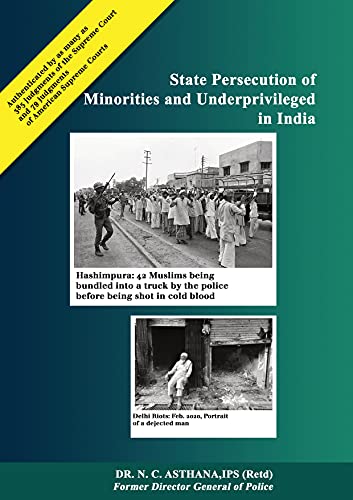 N.C. Asthana
State Persecution of Minorities and Underprivileged in India
2021

The criminal investigation process, which is one of the most basic responsibilities of the state, as rightly pointed out by Asthana, more often than not in this country is anything other than compliance with the rule of law. Police brutality and irrational methods of investigation, highlighted in the book, only demonstrate how ineffective the machinery of the state is even while dealing with crimes unconnected with terrorism and security.

Suppression of dissenting voices by various methods is the notorious practice of all governments, all through human history. The Indian republic is no exception. It took various forms: from preventive detention to registering criminal cases under the charges of sedition, banning political organisations (which are inconvenient for the government of the day) to prosecuting the members of some political organisations under charges of terrorism etc., purportedly to protect the sovereignty and integrity of India.

Section 43D(5) of the Unlawful Activities (Prevention) Act introduced by the UPA government is an example. Asthana says:

Perhaps rightly. It is repeatedly being invoked by the successor government.

Whether the existence of such powers in the hands of the state are justified in a constitutional democracy is a debatable question. But such powers do exist in all democracies, including some of the more mature democracies like the UK and US. Guantanamo Bay prison is a glaring example, in recent times.

The question is not about the theoretical justification for the existence of such powers. What really endangers the liberty of the people is the frequency with which such powers are pressed into service and against whom such powers are used. The matter then becomes about whether such exercise of powers is eventually found to be justified by the judiciary – an organ designed to be an independent institution to hold the legislature and the executive in check.

The role of an independent judiciary, in the memorable words of Justice Jackson in American Communication Vs. Charlies (339 US 385), is:

“The task of this Court to maintain a balance between liberty and authority is never done, because new conditions today upset the equilibriums of yesterday.  The seesaw between freedom and power makes up most of hte history of governments, which, as Bryce points out, on a long view consists of repeating a painful cycle from anarchy to tyranny and back again. The court’s day-to-day task is to reject as false, claims in the name of civil liberty which if granted, would paralyse or impair authority to defend existence of our society, and to reject as false claims in the name of security which would undermine our freedoms and open the way to oppression…”

Hard cases set up profound examples, both good and bad. If we examine the work of the highest constitutional court in this country, we find Kesavananda Bharati, Maneka Gandhi, Justice K.S. Puttaswamy and the like are some of the good examples. A.K. Gopalan, ADM Jabalpur, Kamini Jaiswal are at the other end, just to mention a few of the judgments of the Supreme Court of India. A painful cycle from anarchy to tyranny and back again.

Asthana has collected a huge number of decisions of various constitutional courts which do not qualify to be called good examples of the working of the Indian constitutional system. They indicate the abuse of law and other inadequacies of the system, giving scope for doubting the judiciary’s degree of independence. This is particularly true of the judgments dealing with Indians’ rights and political freedoms.

Another interesting feature of the Indian republic is that the state (either in the legislative or executive branch) always pays lip service to the judicial branch by asserting that they have the highest respect for the judiciary; but they only implement those judgments which are politically not inconvenient to them. Asthana’s analysis of the judgment of the Supreme Court on mob violence and strict responsibility is a good example, and the failure of the state to take effective steps to give shape to the principles stated in those judgments makes the story complete.

Not all the judgments of the constitutional courts of this country (or for that matter any democratic republic) are always synonymous with constitutional truth. However, it is said that such ‘passing finality of those judgments is essentially a compromise between order and chaos’.

Ultimately, it is for the people to protect their liberties. Institutions, whether constitutional or otherwise, are administered by human beings. The quality of protection offered by the institutions depends upon the quality of respect for the liberty of people, which those who are entrusted with the responsibility of administering those institutions have. After all, they are also human beings and members of the same society.

A critical analysis and periodic audit of the work of institutions functioning under the constitution goes a long way to alert the people and prepare them for the job of protecting their liberty. I congratulate Asthana for the trouble he has taken to critically examine the system and publish his views.

Justice J. Chelameswar is a retired judge of the Supreme Court of India.