Book Review: How Maryse Condé’s Travels Nurtured Both Her Writing and Her Cooking

'Morsels and Marvels' should not be read to discover dishes and places, but to learn how they were experienced by the writer. 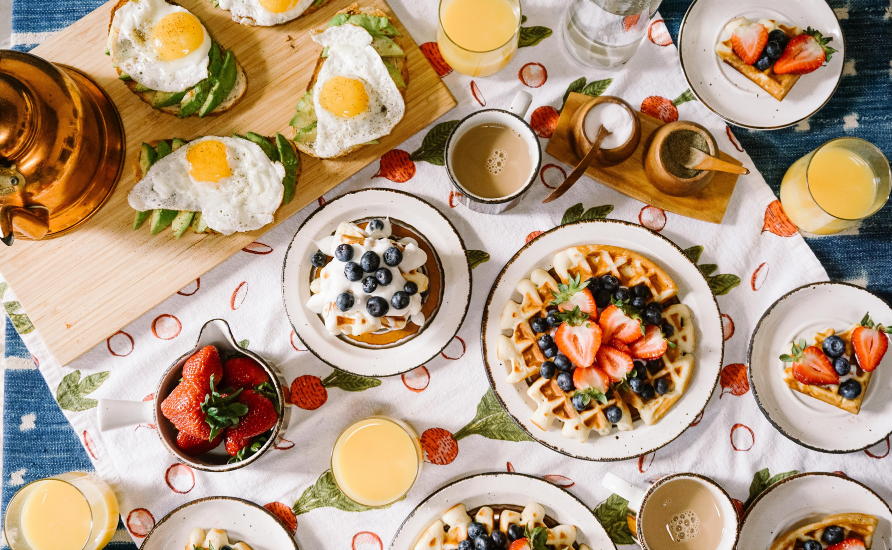 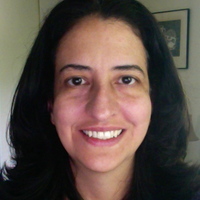 At first sight, Maryse Condé’s Morsels and Marvels seems like a standard food and travel memoir. However, readers looking to be delighted by descriptions of exciting dishes and sights will be disappointed. Most of the cuisines and locations mentioned in the book are well known to cosmopolitan readers. Scholars looking for new insights into the relationship between cooking and writing will be equally disappointed.

The theoretical points regarding the creativity involved in cooking are commonplace in the flourishing academic field of food studies. The book will be enjoyed the most by those already familiar with the work of its beloved Guadeloupean author. The book is not interesting because of the novelty of the experiences it narrates or the points it makes. It is interesting first and foremost because it opens a window into Maryse Condé’s personal trajectory as a writer and as a cook. The book should not be read to discover dishes and places, but to learn how they were experienced by this specific writer in the second half of the 20th century. 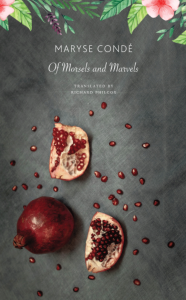 Maryse Condé is one of the most prominent contemporary Caribbean writers. She has received numerous awards, including the Commandeur de l’Ordre des Arts et des Lettres awarded by the French government in 2001, and the New Academy Prize in Literature (the award that in 2018 took the place of the temporarily suspended Nobel Prize in Literature). Her body of work is extensive, and it explores race and gender issues in different locations and time periods. She is well known for her fierce independence, as she has always resisted being labelled in terms of any single place, identity category, literary trend or political dogma.

Condé’s life path began in Guadeloupe, a Caribbean island colonised by the French which now is a French Overseas Department. From Guadeloupe she moved to France, spent 12 years in Guinea, Ghana and Senegal, and taught for a long time in the United States before retiring back in France. In between she spent time in France and Guadeloupe, and made numerous trips to various parts of the world either as an invited scholar or as a tourist. The narration of her experiences in so many different locations gives us insights into her personality in ways that traditional biographies or autobiographies don’t always do. We learn, for example, that in spite of her remarkable talent and success Condé is more insecure than confident.

Condé says that as a child she was so sensitive that the slightest joke, sarcasm or pun felt like an attack. As an adult, she has keenly suffered minor and major instances of being slighted as a black woman and as writer. These experiences, at least as narrated in Morsels and Marvels, seem to overtake the pleasure of being recognised and celebrated. For example, she attended an international congress in Romania where she was awarded a literary prize. The congress programme activities included a ball, which only made her reminisce bitterly about being ignored and mocked by the boys at a ball when she was a teenager.

Similarly, the pride of receiving the Toni Morrison Prize awarded by New York City’s Medgar Evers College turned into disappointment when the award presenter mispronounced her name at the ceremony and because the award was given so late in the programme that the audience had already dwindled. Indeed, one of the most frequently used words in the book is “disappointment”. The title of the book promises marvels, but such marvels came wrapped in sorrows.

Condé’s description of specific foods is most evocative when they were experienced in locations where she lived for long periods. The narration of her encounters with different versions of mafé (a West African stew made with meat, peanut and tomatoes) is a good example of how a single dish changes in the hands of different cooks and in different geographical and emotional contexts. While in Guinea, mafé for Condé represented the privations and unhappiness of her personal life. The first time that she ate a mafé that she actually liked was in Ghana, in a version cooked in the Ashanti manner. As she tasted the same dish in different settings she was delighted by the innumerable variations. This cemented in Condé the belief in cooking as an art in which there are no set rules.

Also read: Book Review: How the Beef Industry and the Us Co-evolved and Shaped Each Other

In contrast, the description of the foods and locations visited only briefly are quite schematic. Before visiting countries like Romania, Cuba and Australia, her knowledge of these places was limited to literary and cinematic references and to a fair share of stereotypes. In general, her impression of a place affects her opinion of its food and vice versa. She disliked Italy because she didn’t like the ever-present pasta, and she was equally unimpressed by Poland and its boiled potatoes and sausages. The most dramatic example of the clash between her expectations and her experience as a visitor are found in a chapter dedicated to a five-week trip to India in 1983. This trip was planned as a “magical journey,” but it turned out to be both a disappointing and a grueling one.

Maryse Condé grew up with an adoptive younger sister of Indian heritage, and as an adult she had admired Gandhi and Nehru. She was familiar with Indian food cooked by an Indian friend in New York. She thought that she had a personal connection to India, but that idea vanished as she was subjected to blatantly racist treatment everywhere she went. She found India to be most inhospitable. Mumbai looked filthy and nobody helped her husband when he fainted on the street. Worst of all, people everywhere stared at her hesitating “between hilarity and repulsion.” In Delhi, Sikhs roared laughing at her, while at the Taj Mahal a group of youngsters called her “monkey” repeatedly. In Varanasi, pilgrims stopped their ritual bathing to point at her and snigger. Condé couldn’t reconcile the way she was being treated with the spirituality and radical politics usually associated with India. The brutal racism she experienced in India made it impossible for her to enjoy or even swallow food during her trip. She lost five kilos and concluded that the Indians were not her brothers.

Morsels and Marvels allows us to see how Maryse Condé’s travels nurtured both her writing and her cooking. Ideas and people met during her travels ended up being used as inspiration for her books. The idea for writing The Story of the Cannibal Woman came from news headlines circulating in South Africa during her visit. A highly respected woman was a perfect wife until the moment when she allegedly killed, cut up, and ate her husband. Just like her writing, Condé’s cooking was inspired by recipes experienced in her travels but reworked according to her own imagination. The realization that cooking is a creative art seems commonplace now, but Condé grew up in a context in which cooking was a just a chore endured by housewives and servants. As the child of a prominent middle-class family in Guadeloupe, Condé’s interest in cooking was discouraged by her family and their cook. She had the luxury of approaching cooking as an outlet for her creativity, but her family saw it as unbecoming an educated young lady. “Only stupid people like to cook,” Condé’s mother remarked.

As an adult, Maryse Condé continued to cook and entertain guests who were for the most part impressed by her cooking. She approaches cooking as a competitive sport in which she is not afraid to present herself as a champion. However, not everybody enjoyed her creative cooking. Her family back in Guadeloupe, and her English husband’s mother, did not care for her inventions. Whereas she characterises those who disliked her food as lacking openness to change, towards the end of the memoir she seems to have learned that cooking is also an act of communication and as such it needs to take into account the audience. Condé says that her dinner parties have in her older age become less ostentatious and that she no longer shows off her recipes: “I learned to serve conviviality.”

In the era of global foodie culture and academic food studies, Maryse Condé’s musings about the impossibility of the existence of “genuine” dishes and identities unaffected by change and cross fertilisations are nothing new. But it is still interesting to read how she arrived at these ideas through her own personal experiences. In Tunisia Condé discovered tajines, which are a category of North African stews in which sweet and savoury flavors are routinely combined. For years, she had been combining sweet and savoury foods in her culinary creations even though this combination was not appreciated in her immediate surroundings.

Feeling vindicated she concludes that, in a certain way, she had invented the tajine. Condé did not invent the tajine any more than she invented the food and travel memoir genre. But she has certainly written a vigorous defence and celebration of the will and the right to re-invent when cooking and when writing, even if the results are not always well received.

Zilkia Janer teaches at Hofstra University in New York, and she has written about the food culture of Latin America and India.