The collection of stories brings to life the immensities of a multi-layered offering, covering societies from Assam’s varied locational space, which do not always find representation in contemporary fiction.

Assumptions about fiction serving as access points for actual experience often miss out on two important dimensions: first, fiction has its inherent operative logic, its craft and métier; and second, fiction, however realistic, draws on the writer’s uses of the imagination which can often stand for effective truth.

Writers who take their craft seriously – irrespective of the theme or subject – follow a consistency paradigm, which makes each narrative stand out in the credibility axis, so crucial for that literary work to be impactful and relevant beyond its own time. And more importantly, fiction delivers where hard journalism or the regular chronicle cannot because the imaginative probing of life’s exigencies can illuminate spaces which mere fact-garnering is unable to do. 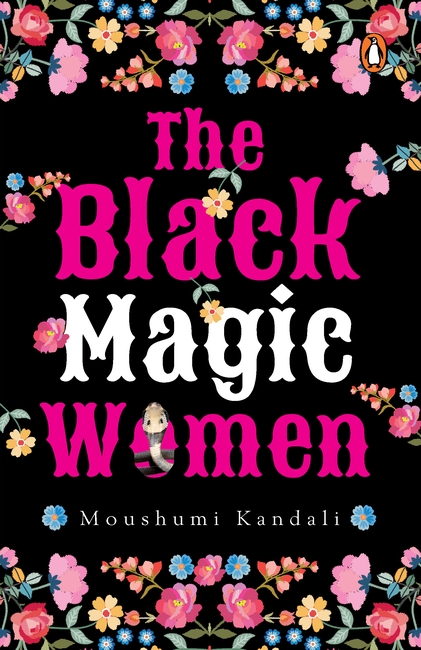 In reading Moushumi Kandali’s The Black Magic Women (Penguin, 2022), we become aware of this starkly realised process of representation where a region, a culture, a society, in fact, an ethos, comes to acquire life-presences beyond staid or predictable arguments to present situations and individuals who live through the pages, so real that the craft makes its mark immediately.

A reader can see how the theme of exploitation is provided substantiality through a mooring of its many dimensions within the frame of mythic appropriation in the final story of the volume “Andhika Parv”, but crucially, the contextualisation is a reminder of the persistence of this process, more brutalised in the modern age.

At the centre of the story is the protagonist Savaya, a slave-woman whose journey across the social spectrum follows predictable paths where the body is materially ensconced to identify her for what it holds for those in the echelons of power.

Savaya’s voice is the voice of the countless many, whose invisibility and silence have been of use, a taken-for-granted assumption seen to be ‘naturally’ determined. Such structures, in spite of counter-narratives against them in either representational history or fiction, have only consolidated through agencies of tacit understanding or even subterranean interrogation.

Kandali achieves quite a feat by placing the dynamics of power where the female body and the subjugation of it across hierarchies demonstrate a kind of cultural allegiance to such narratives in history. Kandali draws in the trope of Draupadi from the Mahabharata, and beside it is set the fictitious protagonist Savaya and the actually disrobed Lakshmi Orang in Beltola (a Guwahati suburb) in 2007 by a group of individuals whose orientation shockingly did not find outright condemnation at that time.

Irrespective of the spatio-temporal axis and the foregrounding of the mythic haze through the figure of Draupadi, what Kandali brings home is the consistent undermining of the female self in forms that persist in our society. Somehow, legitimacies are worked to place the woman either as a victim of circumstance or as some kind of abettor in the social scheme, and each time a Lakshmi Orang has to justify how the wrong is not merely an act but a more deep-seated cultural template at work.

“The woman’s body is a piece of land,” says Savaya. “Unleashing aggression, one must lay claim to it. Why does a woman’s body become the destination for all injustice, insults, disgrace?”

Savaya’s forcefulness comes from a sustained invoking of the ways in which the societal fabric is tweaked to condition our thinking of the woman’s body as a site to be seen as accessible, whereas the same norms do not apply to men: “Possessing a body conveys that I have power and ownership over all your properties…There is the tendency of disrobing a woman. In the process of disrobing lies the satisfaction of one’s ego rather than lustful desire – a morbid, limitless gratification of one’s pride that stems from showing off power and ownership.”

Kandali’s narrative oeuvre in this collection of stories shows us the immensities of a multi-layered offering, covering societies from Assam’s varied locational space, showcasing the diverse realities which do not always find representation in contemporary fiction. 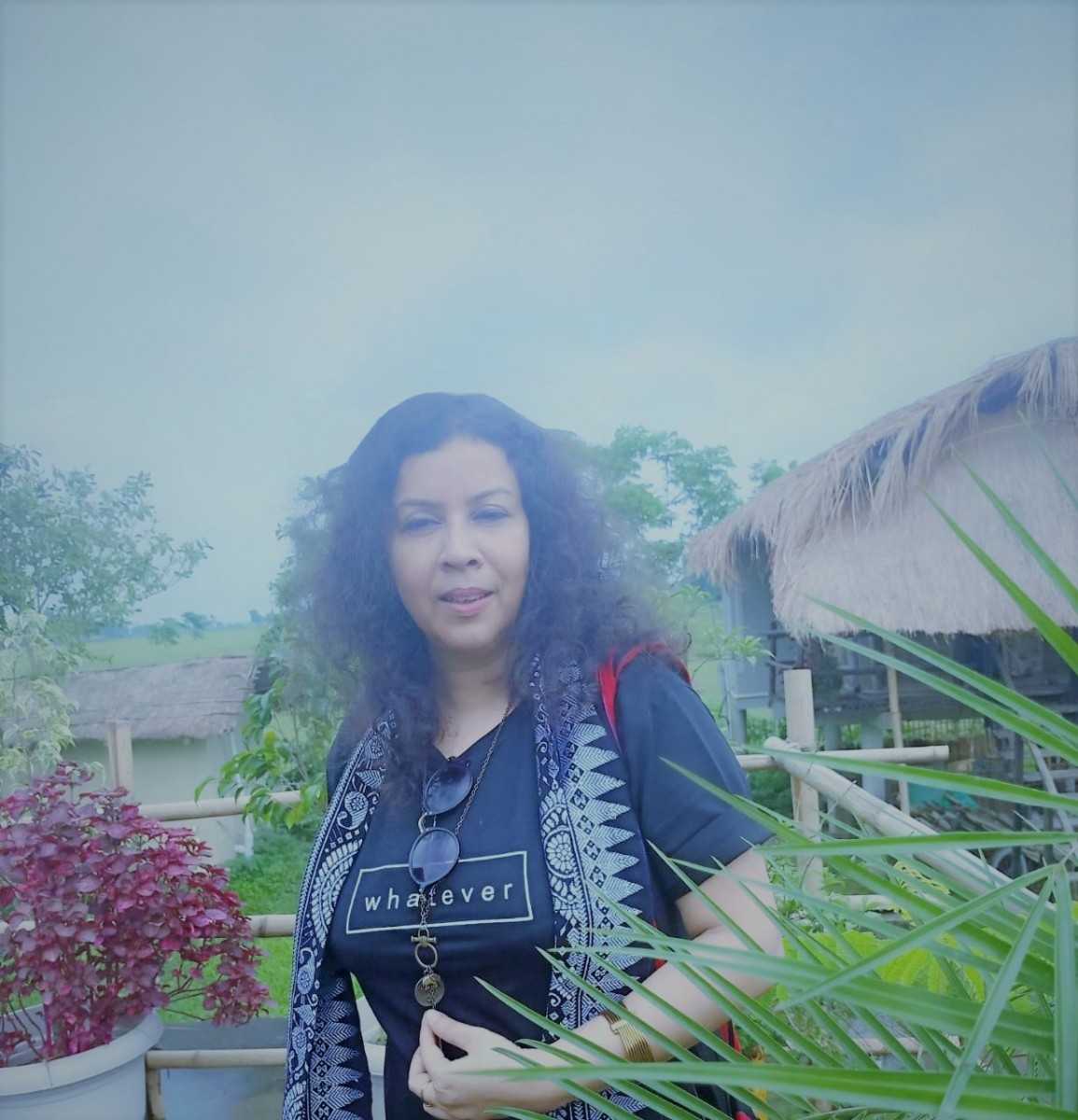 As can be seen in the title story, history’s oft-cited narrative focus misses out on the intricacies of social and class placement, more so in the case of women, whose voicelessness is accompanied by a chronicling process where circumstances come to matter only because they form part of the descriptive order of recorded history.

The references to John McCosh’s Topography of Assam (1837) in the title story holds up the brittle overarching narrative logic which undermines and underwrites much of the subaltern realities in the name of mainstreaming the colonial archive.

Ironically, such texts, conditioned to present the organisational as well as the ‘modern’ systemic record-keeping mechanism, veritably ignore contexts of human knowledge which do not conform to the forms of accepted rhetoric.

Kandali goes into those spaces and pages of history to address the continued marginalisation of the voiceless figures whose very existence do not find mention in recorded narratives. In a way, Kandali’s stories mark out the darknesses of our society’s pasts by offering possibilities of reading circumstances where individualisation does not figure at all, either then, or now. It is only with the astute fiction-writer’s imaginative leap that such an undertaking is possible, which Kandali does with such control and compactness.

What is equally significant is her deployment of restraint in the choice of her representational paradigms, each story chiseled out to materially eke out the resources so that the fictional fabric is not stretched beyond the limits of credibility. Which is why in this collection, another vital aspect of storytelling comes through: the eminent readability of Kandali’s fiction.

For those not acquainted with Moushumi Kandali’s fiction in the original Assamese vernacular, The Black Magic Women offers a window of discovery into a world that is even today mired in the templates of misperception, either in the fact-sheets of history or in the individualised accounts that make the rounds in general discourse.

It would be grossly unfair to Moushumi Kandali the storyteller to situate her fiction merely through the lens of the socio-cultural fabric, for, though the critiquing of the unevennesses forms part of her thematic space, her craftsmanship is something that enables to converse with a very accomplished writer from Assam.

Kandali is one of the most exciting voices in the field of contemporary Assamese fiction, her imaginative blending of critical thought and the creative acumen evident in her writing holding aloft the promise of the nuanced understanding of realities that otherwise have remained in the margins of narrative visibility.

We can see her deft use of irony, satire and humour, often drawn out to merge with the narratorial exigencies that propel a subject home. And how can we miss out on the cosmopolitan mind whose erudition and internalisation of the situated dynamics of contemporary reality come through in her writing across the thematic variety in this collection?

From looking at the esoteric yet finely tuned epiphanic experience in “The Fireflies Outside the Frame” to the undercutting of romantic vocabularies in “Khanjar-e-Ishq: A Filmi Kahani”, we find a wide array of fictional worlds where not merely the writer’s versatility but her controlled command over the medium come strikingly through to the reader.

The collection is a testament to the exciting creative imperative leaving its mark depicting a society’s intricate layers through the lens of a storyteller of immense promise and potential.

The Black Magic Women reads fluidly, and its seamless English rendition from the original Assamese owes to the exemplary translation of Parbina Rashid, who not only recreates the worlds and worldviews but adeptly transfers the cultural nuances into the target language to the non-native reader.

This is indeed a vibrant addition to the field of contemporary vernacular writing in English translation, and we can only look forward to more exciting work from both Moushumi Kandali and Parbina Rashid.