In the by-lanes of Mumbai, traditions of music are nurtured by history and passion. 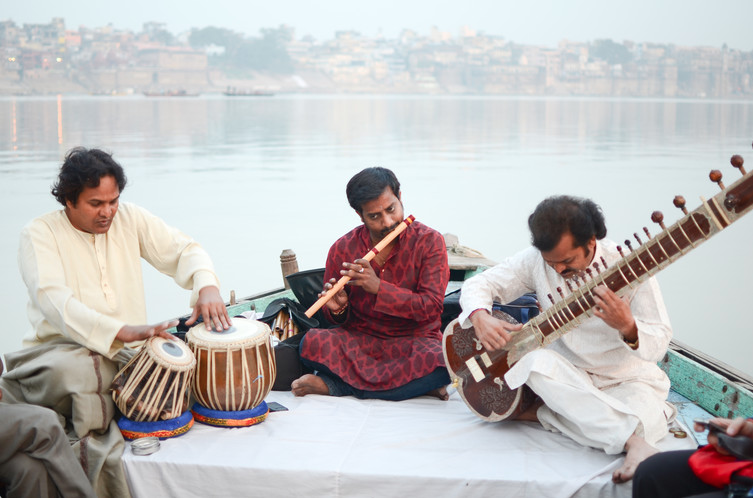 This is an excerpt from Tejaswini Niranjana’s book Musicophilia in Mumbai: Performing Subjects and the Metropolitan Unconscious published by Tulika Books and Duke University Press (February 2020).

The intensity of the practice of listening to Hindustani music in Mumbai and the structuring of the ‘social subject’ through the passion for music can be explored through the listening experiences of the city’s inhabitants. The characters you will meet here share an ‘emotion’ called deewaanapan (madness, insanity, state of being madly in love) – an emotion directed not towards a person but towards a cultural practice.

This condition of collective listening enabled the formation of a new musical subject, the musicophiliac. The avid listener, the collector, the event organiser, the student and the teacher – all of these figures came into Hindustani music as non-traditional musical subjects. Their attraction to a music that emerged from court and temple to become publicly available by the late nineteenth century, and their membership of the community of musicophiliacs, is an important feature of the public culture of Mumbai.

I heard the word deewaane in relation to music from Chandubhai the tabla maker, proprietor of Azad Avanadh Vadyalay in Girgaum. He talked about taking his actor friend, Sanjeev Kumar, to witness tawaif performances in the kothas of Foras Road so he could see how ‘really mad’ people behaved, the deewaane who were mad about music. Deewaanapan is a condition of subjective excess, the condition of the musical subject’s simultaneous psychic and social habitation of modern urban space.

Earlier in the twentieth century, a primary site for hearing Hindustani melodies was the Marathi musical play, sangeet natak. The singer-actors, such as Bal Gandharva, had a strong training in Hindustani music, and the songs were composed by leading musicians such as vocalist Bhaskarbuwa Bakhle or harmonium player Govindrao Tembe, who had parallel careers as concert performers. An evocative passage from the autobiography of film actor Durga Khote, in Shanta Gokhale’s fine translation, describes the sangeet natak audience of the first decade of the twentieth century, “swaying in sheer bliss for hours on end to the sound of music, spellbound by the flow of emotions, grown one with the stage”. 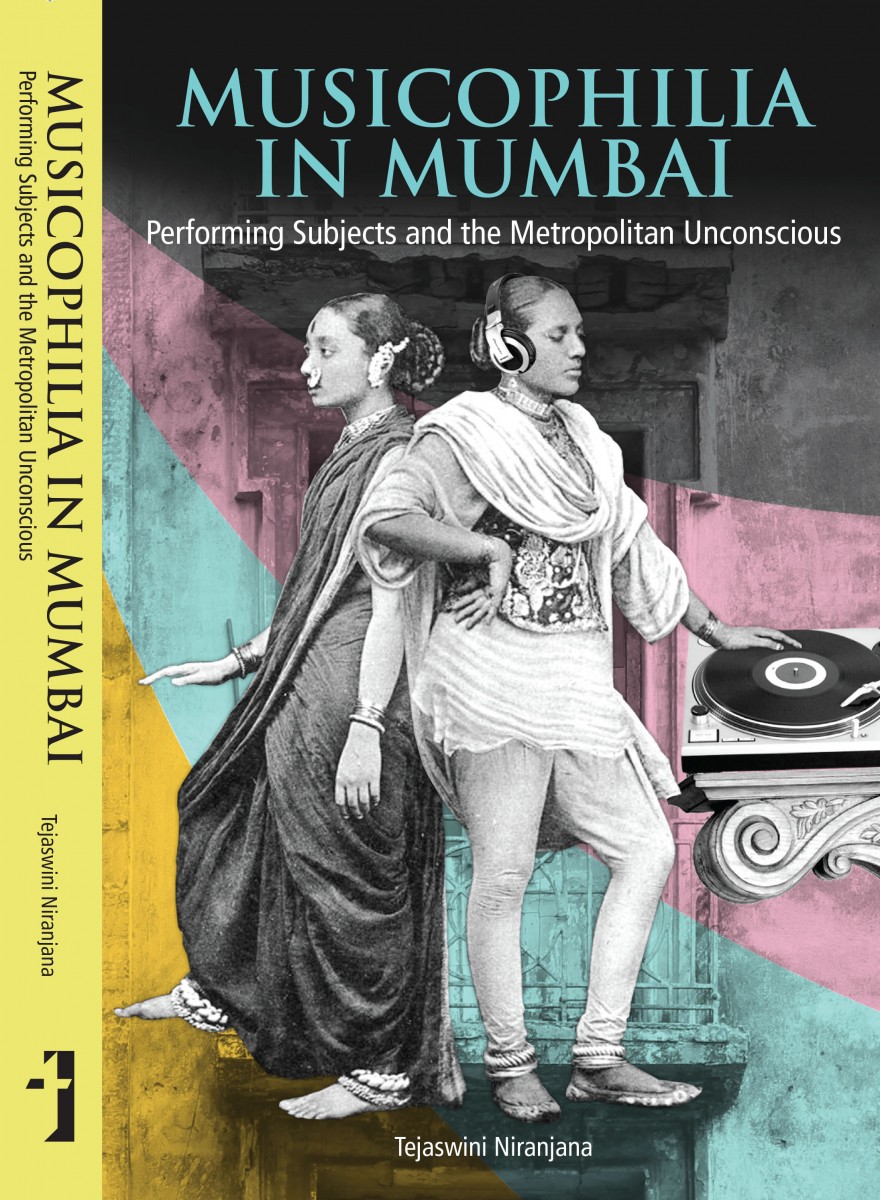 Interestingly, although sangeet natak theatre-goers have spoken about the beauty of the costumes, the splendid acting and backdrops, and the thrilling stories, in Khote’s memories they seem to recede in importance compared to the music. The enrapturement, the bliss and the tears of happiness were experienced not only in the theatre, but also appeared in accounts of the private baithaks and public concerts, where too the music visibly ‘moved’ the listener.

When musicophiliac Vamanrao Deshpande, who later became a chartered accountant by profession, first heard the Kirana gharana singer and Abdul Karim Khan’s son Sureshbabu Mane, he ‘found his music so utterly entrancing and captivating that [he] was instantly enslaved by him. It was not just music but pure hypnotism.’

When musician Murli Manohar Shukla first listened to Laxmi Prasad Jaipurwaale, the man who later became one of his gurus, he was singing Raag Malkauns so wonderfully, he never heard something like that for the rest of his life. There was not a sound from the audience, and he almost forgot to play the tanpura with which he was accompanying the singer. The musician sang for an hour. No one stirred, and no one spoke. Everyone’s eyes were closed.

In both these instances, the listener who was ‘captivated’ was sitting amidst many others – it is the context and the setting of the mehfil that provide the individuated listening experience that leaves people spellbound.

We don’t have empirical data about the social composition of Mumbai’s music audiences, and whenever I made an attempt to find out who was listening to a particular performance, the answer was usually something like: ‘Oh, everyone but everyone was there. Everyone liked to listen to music.’ This response was given by Dayalsingh Thakur, grandson of the famous Gangabai who was the chaudharayin or chief courtesan of N.B. Compound near Congress House in Girgaum from before the days of Independence. Dayalsingh also told us this story of an ardent musicophiliac, which indicates that the passion for music did extend beyond the middle class: “I remember that once Naseer Khan of Delhi was sitting in the audience, and so was Amir Khan saab. So my mother was singing, and outside an Aarey Milk van drove up. The driver of the van came straight inside the Compound… he fell at my mother’s feet and burst out crying. It was early morning, she was singing a thumri in Bhairavi, and when I looked at the others, they too had their handkerchiefs out. It was such that everyone had tears in their eyes.

Another story about the general appreciation of music in Mumbai, as told by Girish Sanzgiri, is set in a working-class chawl in Girgaum. Sawai Gandharva, the disciple of Abdul Karim Khan who performed with Hirabai in the musical plays put up by her company, had a parallel career as a concert musician. While living in Khetwadi in Girgaum, he taught a young Parsi called Firoz Dastur, who went on to become an important Kirana gharana singer, alongside Gangubai Hangal and Bhimsen Joshi from Dharwad in Karnataka, who also owed a significant part of their fame to the opportunities that Mumbai audiences gave them.

Once when Dastur was preparing for a radio programme, he wanted to sing Raag Gujari Todi, and realized he did not have the drut or fast-paced composition for that raga. He went to his guru Sawai Gandharva and asked to learn the drut. ‘Why don’t you get it from the recording of the Khansaheb [Abdul Karim Khan, the guru of Sawai Gandharva]?’ asked the guru. ‘But it would be better if you taught me directly’, pleaded Dastur. Sawai Gandharva made him sit down right there in the courtyard of the chawl and began to teach him the composition. When they finished, they realized that over a hundred people, probably people who lived in that chawl, had surrounded them, listening in absolute silence. What is common to all these accounts of being spellbound by Hindustani music, even to the point of being driven to excessive behaviour, is that the musical response is produced in a space of sociality, not in solitude.

Tejaswini Niranjana is a scholar and has been visiting professor at the University of Chicago and Yonsei University, Seoul. She is the author of Siting Translation: History, Post-structuralism and the Colonial Context (Berkeley, 1992) and Mobilizing India: Women, Music and Migration between India and Trinidad (Durham, 2006).