Book Excerpt: What Nehru's Stance on Muslims Returning from Pakistan Tells Us

An extract from Manash Firaq Bhattacharjee's book 'Nehru and the Spirit of India'. 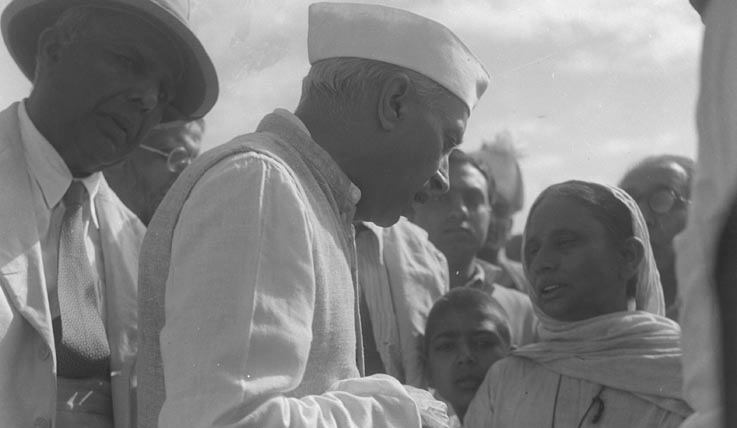 Manash Firaq Bhattacharjee’s Nehru and the Spirit of India is a critical and nuanced perusal of Jawaharlal Nehru’s intellectual and political legacy.

The book critically re-emphasises Nehru’s ideas in relation to the present issues that confront us today. It also addresses issues that preoccupy intellectual debates today and relates and contrasts Nehru’s ideas with contemporary events.

On 12 August 1949, Nehru took the floor to support Ambedkar’s proposals and the amendment by Mr Gopalaswami Ayyangar that all those who returned to India permanently and in possession of permanent permits shall be deemed citizens.

Nehru begins by acknowledging that Partition has created ‘a very difficult and complicated situation’. But he believed that whatever decision is taken must comply with ‘the greatest amount of justice to our people’. He conceded that there may be cases where people may not have the prerequisites of being a citizen till July 1948, the cut-off month decided for citizenship. Nehru emphasized, ‘It is impossible to examine hundreds of thousands of such cases and we accept the whole lot.’ 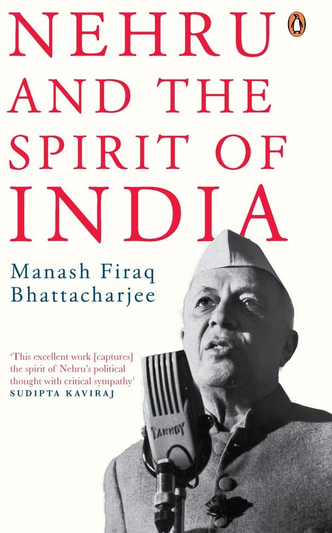 It is significant to hear Nehru in the light of the political and legal quagmire brought about by the NRC in Assam. Nehru realized it wasn’t practically feasible to authenticate every case of citizenship. So, it was better to allow everybody to be citizens. He was well aware of the religious prejudice prevalent in the country. He espoused ‘practical commonsense’ in this regard. It was impossible to ascertain eligibility of citizenship for a huge number of people. Nehru wanted to avoid the legal mechanism where the fate of people seeking citizenship was in the hands of state functionaries, where the principle of fairness was sacrificed in favour of communal entitlement.

Nehru found the application of different rules for different communities ‘absurd’. He spoke of ‘Nationalist Muslims’, people who ‘had absolutely no desire to go away but who were simply pushed out by circumstances’ and were considered ‘opponents and enemies’ by people in Pakistan, who ‘made their lives miserable’. These Muslims, Nehru held, ‘expressed a desire to come back and some of them have come back’. What Nehru calls ‘circumstances’ were historical in nature, and evidently, catastrophic. These circumstances included fear and uncertainty. Muslims were caught in a dilemma based on fear: whether to leave for Pakistan or stay back in India. Those who faced hostility in Pakistan and returned to India had realized their mistake. Nehru did not want their hope (in India) denied by the logic of Partition. In Nehru’s secular sentiment, religion couldn’t be a yardstick for belonging.

Two other members from the Debates deserve mention. Both cancelled the communal logic with an ethical use of reason and a secular sentiment that came under attack from a few members. On 11 August, a day before Nehru had spoken, Brajeshwar Prasad—the member from Bihar, raised the question in response to a member:

May I ask my honourable Friend whether it is true that all those persons who fled over to Pakistan did so with the intention of permanently settling down there and owing allegiance to that State? Is it not a fact that they fled in panic?

Just before Nehru had taken the floor on the same day, Mr Mahboob Ali Baig Saheb, the member from Madras, reminded the House that during the transfer of power, there was an agreement by both parties to protect and safeguard minorities. He stressed the point ‘that after the transfer of power there was a holocaust, there were disturbances, there were tragedies which compelled persons to migrate’. Arguing against the logic of suspicion, Baig stated, ‘To say those people coming to India might become traitors and therefore, they should not be allowed to come back, that is no reason at all. With this temperament you will never become strong.’ Muslims who left for Pakistan and came back to India acknowledged by their act the failure, and limits, of a nation imagined as a haven for a certain religious identity.

Nehru recognized the political significance of this episode. The return of these Muslims to India, more than anything else, proved the fallacy of the idea of Pakistan. By their return, these Muslims demonstrated that Pakistan was not a good idea for all Muslims. They were willing to abandon their apprehensions and come back in India. The fact that they chose to return marks a decisive moment of reclamation of ties.

Nehru then boldly addressed what he felt was the indiscriminate and unfair use of the word ‘appeasement’ levelled against the government:

One word has been thrown about a lot. I should like to register my strong protest against that word. I want the House to examine the word carefully and it is that this Government goes in for a policy of appeasement, appeasement of Pakistan, appeasement of Muslims, appeasement of this and that. I want to know clearly what that word means. Do the honourable Members who talk of appeasement think that some kind of rule should be applied when dealing with these people which has nothing to do with justice or equity? I want a clear answer to that. If so, I would only plead for appeasement. This Government will not go by a hair’s breadth to the right or to left from what they consider to be the right way of dealing, with the situation, justice to the individual or the group.

The accusation of ‘appeasement’, Nehru saw, was political rhetoric to ensure that the largest minority remains devoid of just treatment and equality. The bogey of appeasement is a tactic to divert attention from what minorities deserve in a democracy. This expressed attitude towards minorities is the first sign of a lack of commitment to democracy. The minorities are seen as outsiders. Anything guaranteed to them exclusively as constitutional rights and protection is seen as an undue favour by people with a majoritarian mindset. 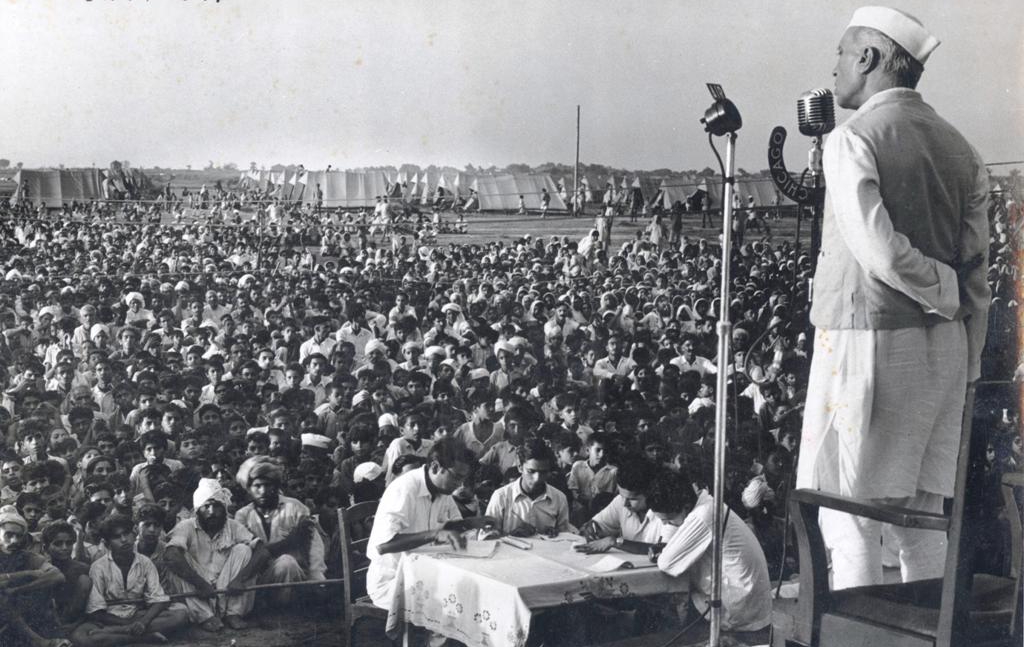 Those among the people that Nehru refers to, regarding members raising the bogey of ‘appeasement’, includes Seth Gobind Das. He was a parliamentarian from Jabalpur, and a close associate and follower of Gandhi.

Also read: Past Continuous: Those Who Think Nehru Was Power Hungry Should Review Events Leading to Independence

Ambedkar presented the Draft Constitution before the House on 4 November 1948, praying the House pay attention to the issue of the protection of minorities and his advice for the ‘majority to realize its duty not to discriminate against minorities’. Rising in support of the motion, Das, however, put his note of difference:

We do not want to place any minority, whether Muslim or other, under any disabilities. But, certainly we are not prepared to appease those who put the two-nation theory before us. I want to make it clear that from the cultural point of view only one culture can exist in this country. The Constitution that we adopt must be in harmony with our culture.

Ambedkar may have used the term ‘minority’ not just for a religious minority (namely Muslims), but also the ‘Depressed Classes’. Das had one minority in mind. His view prompts Nehru’s outburst. Das’s use of the word ‘disabilities’ betrays a pathological concern, and the word ‘appease’ determines the limit of political anxiety. Any secular gesture towards minorities is understood as generosity by Das, and Nehru finds it unacceptable. His ‘we’ is unabashedly majoritarian. His idea of ‘one culture’ is an invitation to monoculture.

Excerpted with permission from Penguin Viking.