Book Excerpt: The Diverse Forces Shaping West Asia and the Implications for India 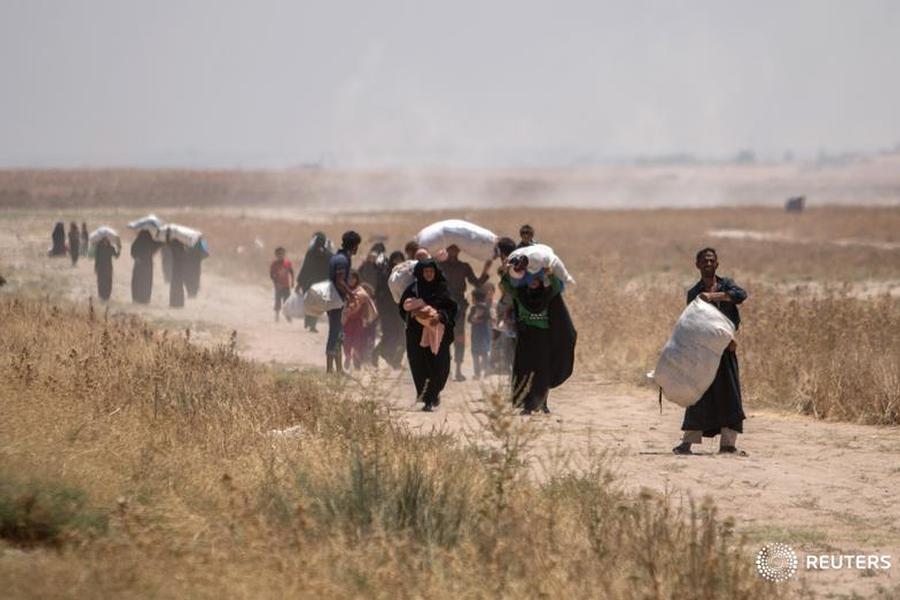 Representative image. Residents walk as they flee Maskana town in the Aleppo countryside and make their way towards the Turkish border in Tel Abyad town, Raqqa governorate, June 16, 2015. REUTERS/Rodi Said

Talmiz Ahmad joined the Indian Foreign Service in 1974 and was posted to Kuwait, Iraq and Yemen, and then as consul general in Jeddah, in 1987-90. After appointments in New York, London and Pretoria, he became the head of the Gulf and Hajj Division in the Ministry of External Affairs during 1998-2000.

He did two stints as ambassador to Saudi Arabia, besides being ambassador to Oman and the UAE, additional secretary in the Ministry of Petroleum and Natural Gas, and director general of the Indian Council of World Affairs.

After retirement from foreign service in 2011, he was in the corporate sector in Dubai and then, from 2016, has been a full-time academic. He holds the Ram Sathe Chair for International Studies, Symbiosis International University, Pune. He has authored three books on West Asian politics, and writes and lectures regularly on political Islam, West Asia, Eurasia and the Indian Ocean, and energy security.

This extract is taken from his new book, West Asia at War: Repression, Resistance and Great Power Games. The book provides an account of the debates and events that have shaped the region over the last century. It examines the role of domestic and external players in defining the West Asian political order and the continuous efforts of the people to take control of their own destiny in the face of severe challenges.

Deeply anchored in the Indian perspective, the book discusses India’s substantial historic ties with West Asia and proposes a lead role for India in shaping a regional cooperative security order.

As we contemplate the events in West Asia over the last century, we can see a broad pattern of external intervention in the region’s political and economic life – either directly through military force or indirectly through the aid of local rulers – and regular resistance to such interference from local populations. Colonial wars and occupations were robustly resisted by local forces that made up in valour what they lacked in weaponry. The last war against settler-colonial occupation took place in 1948, when poorly armed, trained and led Arab forces attempted to reverse the creation in their midst of the Jewish state of Israel.

Nearer to our times, popular resistance to the West-mandated order took on different shapes. After the Second World War, we see the systematic overthrow of puppet regimes planted or sustained by the region’s colonial masters, starting with Egypt and then going on to include Iraq, Yemen, Syria and Libya. These were led by middle-level officers in the armed forces; most of them were animated by nationalist and socialist zeal, who sought control over valuable assets, such as the national oil resources in Iran or the Suez Canal in Egypt. Since these upheavals took place during the Cold War, the Western powers viewed these emerging republics, singing the song of Arab nationalism, with concern and even animosity, and made every effort to curb their appeal with military interventions or economic pressure. 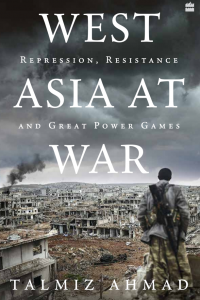 Of course, these nationalists – socialist and secular – also faced opposition from within their region: the traditional monarchies tied their interests and destiny with Western powers and, led by Saudi Arabia, combatted nationalist appeal with an older, deeper, grander allure – that of Islam. But it was not Islam that vanquished republican enthusiasm, but the West-sponsored entity in the region – Israel. In 1967, it forcefully switched off the light of the republics, so that the appeal of secular order and the idea of an all-encompassing Arab nationhood vanished from the region.

It was replaced by two trends: one, the claim of state-based nationalism, fostered by authoritarian leaders to command legitimacy and obtain uncritical obedience; two, the transnational appeal of Islam, a political enterprise shaped by Saudi Arabia to obtain political support for its political interests. These two trends set the pattern for Arab regimes to conflate regime-survival with national interest. The traditional monarchies obtained security guarantees for this from Western powers, who, in turn, ensured that these rulers prioritized Western interests over those of their people and nation.

Fortified by unprecedented wealth from its oil revenues, Saudi Arabia’s affiliation with Islam had no connection with genuine doctrinal reform or the amelioration of the deprived within the community, or even to set the global Muslim community on the path of modern education, free thinking, and innovative and creative enterprise. It propagated instead, at home and across the Muslim realm, the doctrines of the most narrow, rigid and hidebound expression of the faith – Wahhabiyya.

Both the republics and the monarchies now faced a challenge from an unusual quarter: Islam was shaped into an ideology of resistance by scholars such as Sayyid Qutb, who had no training in the hoary traditions of their faith. They still drew from the faith’s vast oeuvre of ideas articulated several centuries ago, and reshaped them as weapons to resist Western intrusions in the political, economic and cultural domains of their native lands, as also to resist the tyranny of their rulers at home. Most of these early votaries of ‘political Islam’, as their ideology came to be called some years later, were quickly executed by the tyrants they were protesting against, while others were imprisoned or exiled.

Not surprisingly, Islam was also instrumentalized against state order – the monarch in Iran was brought down by an Islamic revolution and was replaced by an Islamic Republic in 1979. In that same year, a few months later, some zealots from within Saudi Arabia’s Wahhabi fold attacked their royal masters from the pulpit of the Haram Sharif in Mecca, and were defeated and silenced only with the help of state and foreign forces, who suffered heavy casualties.

The extraordinary year, 1979, placed Islam at the heart of regional affairs. And from being an instrument to promote state power that served the West, it now became a lethal weapon against the West and its allies in West Asia. On 11 September 2001, extremists from the Al Qaeda took their war to the heart of the Western empire, the US. The US was shocked and humiliated and, like a tormented wild beast, it turned its wrath on the sources of the crime and then looked for other targets that were not connected at all with the attacks, but were otherwise Arab and Muslim. 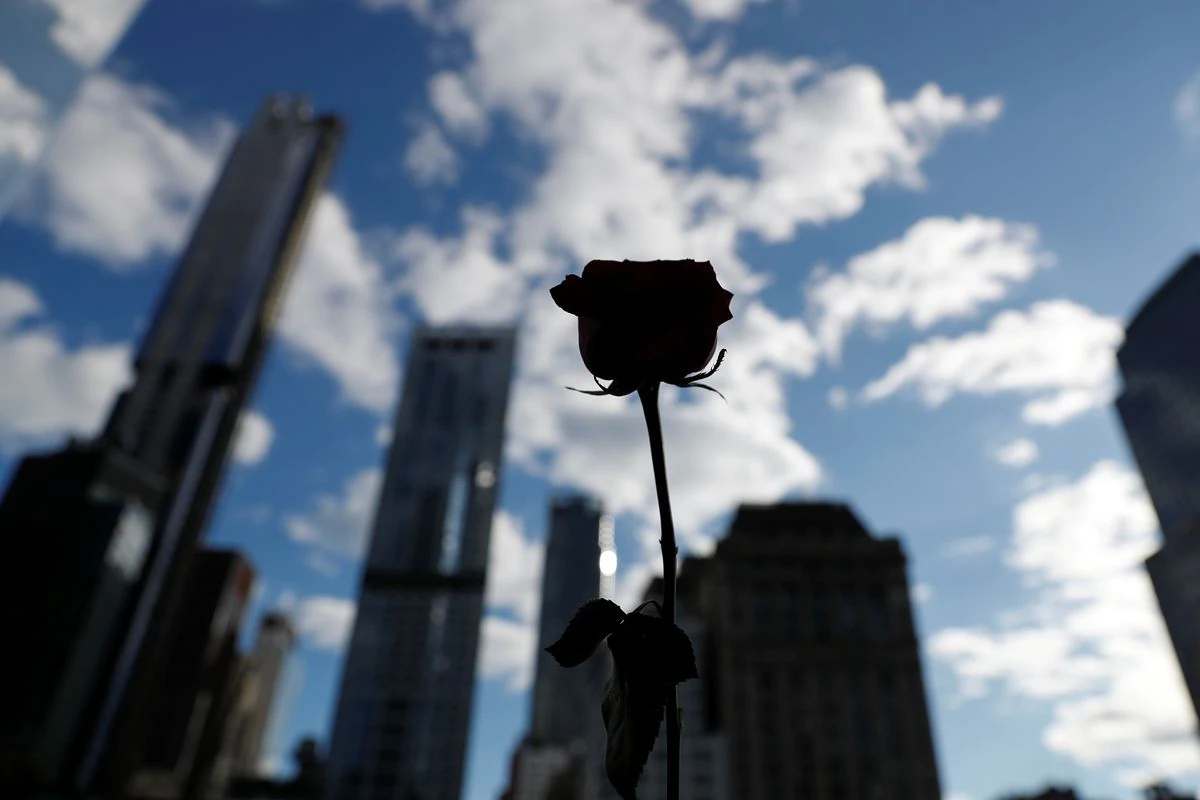 A flower seen in silhouette stands on the south reflecting pool at the 9/11 Memorial site in the lower section of Manhattan, New York City, US, September 2, 2021. Photo: Reuters/Shannon Stapleton

Both Afghanistan and Iraq were attacked and received shattering blows. But both fought back relentlessly. Both used the ideology of Islam to shape their resistance to the aggression, both took very heavy hits and experienced an enormous number of casualties, but both ensured that the aggressor was not successful in subjugating the land that was theirs.

The last decade has seen the interplay of several diverse trends. Central to this period has, once again, been resistance – the Arab Spring uprisings – that were directed at entrenched tyrants who had allied themselves with the West, and abused and robbed their people with impunity over decades of one-man rule. Though four tyrants fell from their pedestals, the counter-attacks from the Gulf monarchies – their own power threatened – were lethal and effective, and the authoritarian order remained in place.

Regime-survival needed a new armoury: the weapon of choice for the beleaguered monarchies was now to scratch at the fault line of sectarian identity. Regional conflicts were carefully engineered on a sectarian basis that demonized Iran. Hundreds of thousands of Arabs were killed in Syria and Yemen, and fruitless battles are still underway so that tyrants can survive and retain their thrones.

There was an unintended consequence as well. These conflicts created the space for a new extremist transnational organization, the Islamic State, that blurred the Sykes–Picot lines, and straddled Iraq and Syria. It ruthlessly targeted the US occupation forces in Iraq, but also included in its web its sectarian foes – the Shia – whom it annihilated with the same ferocity as it did the Americans.

The Islamic State has been destroyed through military action, but its stragglers have taken refuge in the desert and initiate strikes periodically, while some of its adherents obtain fresh recruits to carry out what are called ‘lone-wolf ’ attacks. These are limited as of now, but are lethal in their impact and deeply demoralizing for the communities affected.

Western populations have responded to these assaults with deep animosity for all adherents of Islam, and have installed in their own governments new leaders who would heed their fears and protect them from these ‘monsters from the East’, who, after several centuries, now once again threaten them in their homes. Several Western countries have abandoned the values of the Enlightenment with alacrity and elected rulers who give practical meaning to Islamophobia. The ‘clash of civilizations’ is being shaped as a living reality in several Western capitals.

What then does West Asia look like now? After a hundred years, not a single Arab state provides for any modicum of popular participation in state decision-making. National financial accounts remain non-transparent and without accountability. Though oil wealth is depleting, its revenues are still used to back state efforts at co-option and coercion – the latter now becoming more open, more crude, more vicious … and more frequent.

But popular resistance remains vibrant as demonstrations across the region voice popular discontent with their plight and deeper unhappiness with their sense of being excluded from the march of history towards participation in governance as free citizens. This spirit is best exemplified by the resistance of the Palestinians – though frequently violated, abused, betrayed and killed in large numbers – it has never been stilled. Not for a day. They still raise their hands to throw rocks at their occupiers and take bullets on their chests in the hundreds, looking for that day when Jews and Arabs will live side by side … in peace.

Such opposition is always met with coercion, with brute force. As regional tyrants, abetted by their foreign accomplices continue to accumulate the capabilities to combat resistance, the prospect of successful change across West Asia and North Africa remains very remote.

Excerpted with permission from HarperCollins.