In his latest book, 'Redesign the world: A global call to Action', Sam Pitroda makes a case for a new world order with the planet and its people at its centre.

One morning, I received a call from Prime Minister Rajiv Gandhi: he wanted me to meet with the president of Vietnam, who was then on a visit to Delhi. That same afternoon, I spent an hour with him discussing telecom, technology missions and India’s software industry.

After carefully listening to me through a translator, he told me that he would be sending General Giap to spend some time with me in Delhi. While studying in America during the Vietnam War, I had often heard of General Giap: he was one of those rare generals who, in Vietnam, had fought against both the French and later against the Americans. He was the most prominent military commander during the Vietnam War, other than Ho Chi Minh, and was responsible for leadership and operations until the war ended. He died in October 2013 at the age of 102.

In Delhi, General Giap and I spent a full day at C-DOT, talking about our indigenous design and manufacturing efforts, the role of information technology, and the technology benefits for the people at the bottom of the economic pyramid. He listened carefully, took notes, asked questions and was keen to learn from the Indian experience. After his visit, C-DOT started exporting rural exchanges to Vietnam to improve their village communication. Similarly, I hosted General Electric (GE) chairman Jack Welch during his first-ever official visit to India and convinced him to buy Indian software talent. He was generous enough to send a team of GE experts that ultimately resulted in our first $10 million order for software services. This marketing approach resulted in orders from IBM, Texas Instruments, Motorola and others to kick-start the Indian software export business. Rajiv Gandhi and I also convinced Gorbachev at the prime minister’s house in Delhi to buy Indian consumer goods, computer hardware and software. 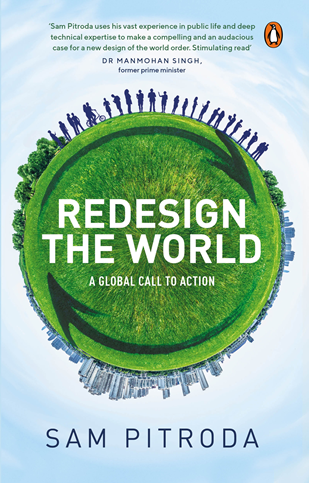 We worked with the Soviet Union to establish a massive Indian science and technology exhibition in Moscow, Leningrad and Tashkent. On the one hand, we promoted our technology, and on the other, we resisted offers from multinationals like Siemens, GEC and Ericsson to import equipment to build the Indian network. I opposed large loans from the World Bank for telecom equipment import. On one occasion, the president of the World Bank visited Delhi to have lunch with us and persuade us to reconsider. It was clear that we would avail of loans only to buy what we need, not for what the Bank wanted to sell. In 1989, Rajiv Gandhi lost the elections, and the new government in power got after me with a sense of revenge, raising allegations, abuses, threats and false corruption charges. They knew well that I took only a 1-rupee salary (then just 10 cents in the US) per year for almost ten years.

In the process, I had a heart attack and a quadruple bypass at a hospital in Delhi. Young C-DOT associates, the Indian public and the media came to my rescue and convinced the government to change the minister who was after me and set things right. After that, the government announced a new national election. I worked closely with Rajiv Gandhi as part of his team to help ensure victory. On 21 May 1991, at 10 p.m., I received a call from a friend informing me that Rajiv Gandhi had been assassinated by a suicide bomber during his campaign visit in southern India. I was shocked and shaken. All my dreams for India disappeared in a moment. The news broke my heart. I strongly felt that India would take a long time to recover from this loss. I had spent all the money I had had managing my family in India and the US. I was broke. I had two children ready to go to college.

Finally, I decided to come back to the US to start earning again. Unfortunately, before taking my assignment with Prime Minister Rajiv Gandhi, I had given up my US nationality in 1987. I came back to the US on a tourist visa, but I was not allowed to work. Fortunately, I owned a US patent issued in 1975 for the I-electronic diary. I realized that several multinational corporations (MNCs) were manufacturing and marketing my invention. I filed a case in the Cook County court against Casio, Toshiba, Sharp, HP, Texas Instruments and RadioShack and settled for a hefty cash amount, which enabled me to restart my life. It was strange that I had to use a tourist visa to come back to my own country. I have always felt that I belong to at least two countries—my birthplace, India, that gave me my roots, and my adopted nation, the US, which gave me my tools and my understanding of technology. I am equally committed to both countries. I do not have to choose sides. I can be in both countries at the same time. I admire the good and reject the bad in each of them. Both are democratic countries with freedom, flexibility, diversity and loving people. After a while, I applied for a green card in the US and focused on building an electronic manufacturing company in Wisconsin. However, that did not challenge me enough. I wanted to do something for the telecom industry in emerging markets and use my Indian experience to benefit Asia, Africa and Latin America. That vision led me to Worldtel in London. In 1995, nearly four out of every five people in the world lacked the most basic telephone services. To help privatize telecom and get the needed investments in emerging markets, the International Telecom Union (ITU), a part of the UN organization, decided to launch Worldtel. This organization functioned as an investment bank/fund to develop and support privately funded telecom projects in nations where the need was most urgent. ‘Worldtel’s mission was to break the vicious circle that exists in developing countries,’ the ITU launch announcement stated.

Sound telecommunication capacity and capability were needed to stimulate economic growth. However, dysfunctional telecommunications deterred private investment. This was a Catch-22 situation that we hoped to cut through by Worldtel’s initiative. I was named Worldtel’s chairman in 1995. I thought we had the potential to make a significant impact on communications in the Third World. The objective of Worldtel was to focus exclusively on telecommunications and information technology, and provide direct equity investment raised from private financial investors for implementing projects that would improve telecom infrastructure in developing countries. In the process, Worldtel improved operating skills and provided management support to help enhance productivity and efficiency. Worldtel investors were AIG, GE, Intel, NatWest and others.

I went to China for the first time after President Richard Nixon’s visit in 1981, as part of a delegation of around twenty telecom experts. I spent two weeks meeting telecom experts in Beijing, Nanking and Shanghai. We also went to tourist attractions, including the Great Wall. In those days, all we could see were bicycles, Chairman Mao’s uniform, empty roads and people staring at white foreigners. Telecom was mainly electromechanical and hardly available. After that, I worked with local government organizations to explore Tianjin’s digital switching operations: however, this never materialized. Now China is, of course, a different country altogether. While working at Worldtel, I founded a US company in 1998 to design and develop a mobile wallet. Those were the early days of the mobile wallet concept. I applied for close to fifty patents on this idea and set up design and business development teams in Chicago, Tokyo, Beijing, Singapore, Baroda, Pune and Vienna. Later in 2013, I sold the company to Mastercard. When I was working on the mobile wallet company, I found I had contracted cancer, requiring major surgery.

Five years after that, I would need another quadruple bypass. I was concerned, but I survived the second open-heart surgery. Three near-death experiences—two quadruple heart bypasses and one from cancer—have moulded my views on what is essential in life and what is not.

Excerpted and published with the permission from Penguin Random House.