While addressing the Constituent Assembly in 1949, Jagat Narain Lal, one of the makers of the Indian Constitution noted, "...at this stage and in this century, it is becoming for us, as an advanced country, to guarantee full freedom of speech and expression." 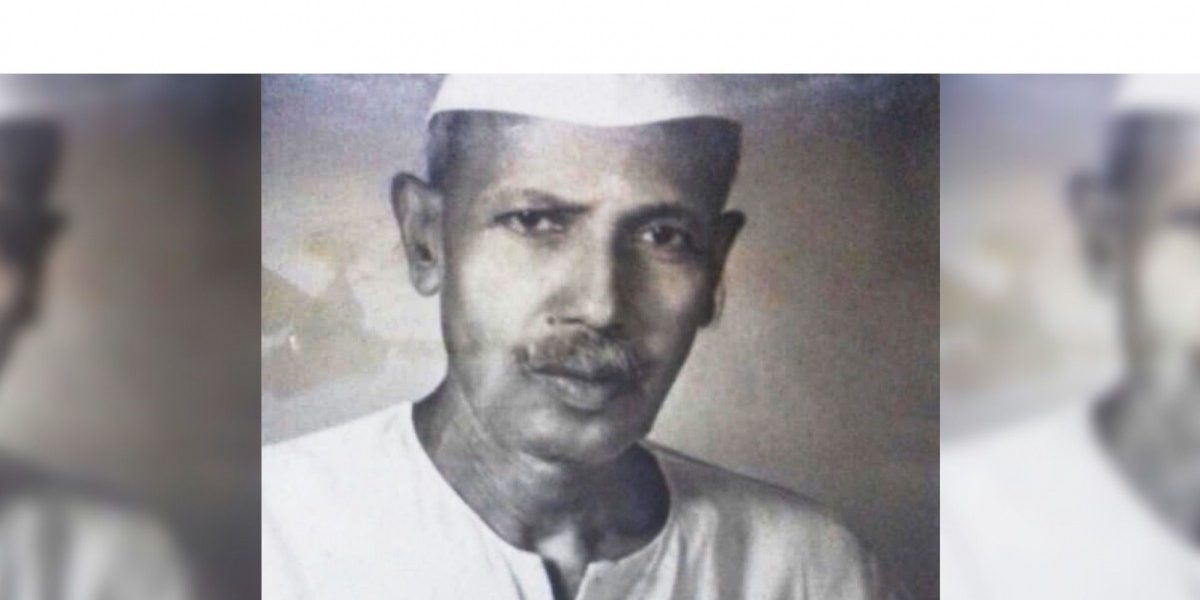 It was on December 3, 1966 that Jagat Narain Lal, one of the makers of Indian Constitution, breathed his last. Among the many passionate causes that he devoted himself to during his lifetime was the advocacy for Free Press, particularly so after 1928 when he was charged with sedition for publishing an article, Viceroy Ka Bhashan. The article, as the prosecution charged, “excited disaffection towards the government established by law in British India”. The ‘law of sedition’, Jagat Babu wrote in response, is perverse as it is all embracing’. For someone who paid a price and served a sentence for speaking freely, it is only fitting that his death anniversary be marked by his passionate intervention in the Constituent Assembly on matters of Free Speech and Free Press. Both, for him, were foundational democratic virtues.

“At this stage and in this century, it is becoming for us, as an advanced country, to guarantee full freedom of speech and expression.”

On 1 September 1949, Article 13—freedom of speech and expression—of the Draft Constitution was under consideration. Specifically, the matter of freedom of the press and its taxation was being discussed. Was the power to tax a power to destroy? Would taxing the press muzzle its freedom to express its views? Voices like Deshbandhu Gupta and Das Bhargava were of the opinion that it ‘offends Article 13 and therefore is out of order’—it will lead to ‘material curtailment and abridgement,’ said Das Bhargava (Das Bhargava, CAD, September 1949 [9.129.212]). Others like Alladi Krishnaswamy Ayyar, B.R. Ambedkar, R.K. Sidhva were of the view that the press should not be immune from ‘ordinary liabilities incidental to citizenship’ (Alladi Krishanswami Ayyar, CAD, September 1949 [9.129.210]). R.K. Sidhva, for example, said that freedom of speech and expression did not mean that newspapers should be exempt from paying taxes on their profits (R.K. Sidhva, CAD, September 1949 [9.129.171]).

Free speech debates in the modern world have seldom questioned its principle. Free speech and its normative and consequential values are taken as an a priori assumption for a democracy. The debates and tussles are nearly always about ‘reasonable restrictions’, given that free speech cannot be an absolute right. Even those who call themselves ‘free speech absolutists’ agree upon this. So also did the Constituent Assembly. Their debates were informed by a consciousness that there’s a thin line between the autonomy of a person or the press to speak freely, and their duty and obligation to collective interest. Jagat Babu was mindful of this, which is why, in two separate instances, he reached two divergent conclusions about ‘restrictions’. 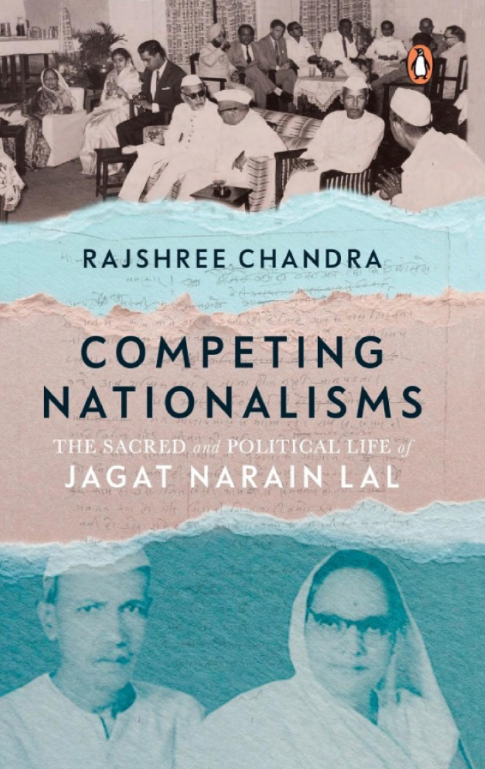 The first instance was the aforementioned matter of taxation of the press. He was of the view that taxation was a measure that would give the state a handle with which to curb the autonomy of the press. As someone who ran a printing press—the Sri Krishna Press that published the journal Mahavir of which he was the editor till 1928—and who had served a jail term on charges of sedition for publishing material critical of the government in 1928 , Jagat Narain Lal had a personal understanding of the political value of press freedom. Speaking about the individual’s inalienable right to free speech and expression, he wrote: ‘The law of sedition, as our politicians know, is as perverse as it is all embracing.’

Addressing the CA in September 1949, he made an impassioned speech citing curbs on the press as one of the factors that spurred resistance movements in both England and America.

‘As representing the Press, some of us claim to be heard by this House. Sir, freedom of speech and expression are terms which we have imported from the English and American Constitutions and we are trying to forge a Constitution at present which shall be ahead of these Constitutions. If we are forging a constitution, which instead of being ahead of these constitutions goes backward, I should say that we cannot be proud of such a constitution. I have heard Mr. Sidhva. His interpretation seems to be too narrow. Dr. Ambedkar shuddered at the idea of the whole judgement of the Supreme Court being read. I do not propose to read the entire judgement. I will confine myself only to a few passages. I would like him as an eminent jurist to go through them. It is not simply a judgment to be merely casually read but it embodies the public opinion both from England and American constitutions; and I should say that at this stage and in this century, it is becoming for us, as an advanced country, to guarantee full freedom of speech and expression.

‘I will read only a few passages:

‘“In 1712, in response to a message from Queen Anne, Parliament imposed a tax upon all newspapers and upon advertisements. That the main purpose of these taxes was to suppress the publication of comments and criticisms objectionable to the Crown does not admit of doubt. There followed more than a century of resistance to, and evasion of, the taxes, and of agitation for their repeal. It was pointed out that these taxes constituted one of the factors that aroused the American Colonists to protest against taxation for the purposes of the home government; and that the Revolution really began when, in 1765, that government sent stamps for newspaper duties to the American colonists.”’ (Jagat Narain Lal. CAD, Sept. 1949 [9.129.172] ). He added, ‘It is idle to suppose that so many of the best men of England would for a century of time have waged, as they did, stubborn and often precarious warfare against these taxes if a mere matter of taxation had been involved.’ (Ibid. [9.129.173]).

The matter of taxation was a finer point in the larger debate on parameters of free speech. Ambedkar stated in the Constituent Assembly, ‘The press is merely another way of stating an individual or a citizen. The press has no special rights which are not to be given to or which are not to be exercised by the citizen in his individual capacity.’ However, Jagat Narain was of the view that in matters that had the potential to curtail its freedom and autonomy, the press ought to be treated as a category with special privileges. That taxes could be used as a weapon to muzzle the press had been borne out by both American and English history. ‘The aim of [their] struggle was not simply to relieve the Press of the burden of taxation but to establish and preserve the right of . . . people to full information in respect of the doings or misdoings of their Government. If words so telling as this could be interpreted as an intention to evade taxation, it is very unfortunate indeed.’ (Ibid [9.129.174]).

Jagat Narain Lal however makes a very interesting distinction in the matter of privileges. For him, the rationale of granting parliamentarians immunity from the restrictions of ordinary law (arrest and/or judicial review) was to prevent legislators from unwelcome scrutiny (by courts, public, private individuals, police), the threat of which could fetter deliberations inside the house of parliament . This rationale would be defeated, according to him, if under the garb of free speech parliamentary privileges were to be over-extended to include the right to publish parliamentary speeches and debates without parliament’s scrutiny.

The matter being discussed in the Constituent Assembly was Article 85 of the Draft Constitution that dealt with privileges and immunities. Pointing out a ‘lacuna’, Naziruddin questioned the limitations on the right of legislators to freely publish their speeches. Why should this need to be authorized by parliament, he asked? ‘Freedom of the Press is a very important item among the rights of the people. If anything could be published by or under the authority of the House, the Press should have freedom to publish it . . . It is somewhat anomalous that the Press could not publish what can be published by the authority of the House.’ (Naziruddin Ahmad. CAD 19 May 1949. [8.87. 284]).

One would have expected that as a forceful votary of a free press, Jagat Babu would have been on the same page as Ahmad. Surprisingly, he disagreed. According to him, the members of parliament already had the privilege (under Clause 2) to publish a speech delivered in parliament; only it required the authorization by parliament. Disapprovingly he says, ‘My friends want . . . that the member who has delivered a speech in the parliament should have a further immunity, should have the right and privilege of publishing their speech outside in the Press. That may relate to the freedom of the Press, but that does not pertain to the freedom of the member so far as his speech or his vote in the parliament is concerned. I think that is stretching a point too far and it is neither fair nor proper.’

He goes on to cite his reasons. ‘If a member, for example, wants to deliver a speech in the parliament, not for the purpose simply of making an honest speech, but for the purpose of maligning some body or some institution and he starts straightaway by delivering a speech and publishing the same in so many other papers outside, I should say, that is not an honest expression of opinion and that is not a bona fide expression of opinion either. Therefore, I would like honourable Members to confine the privileges which are given and the immunity which is sought to be given to members of parliament . . . ’ (Jagat Narain Lal. CAD. 19 May 1949 [8.87.300]).

The point Jagat Narain Lal raised is worthy of consideration. Parliamentary privileges ensure that a parliamentarian’s speech-acts enjoy ‘immunity’ from the scrutiny of ordinary laws and their ‘reasonable restrictions’ (that ordinarily apply to cases of defamation and libel, etc.). His argument was that since a person’s speech-act (in the course of parliamentary proceedings) is exempt from review by the courts and from presumptive legal injury, it would follow that a published parliamentary speech would enjoy the same immunity, regardless of whether it is slanderous or libellous. This extrapolation of the privilege exceeded the bounds of fairness in Jagat Narain Lal’s view. The very objective of unfettered deliberation inside parliament would be defeated, if libel, slander and falsehoods, published outside, were to enjoy immunity from prosecution. Jagat Narain concedes that while this could be seen as a matter of the freedom of the press (freedom to report parliamentary proceedings and thereby serve the public interest), the absence of restraint on speech-acts of parliamentarians would be detrimental to the conduct of parliament. For him, this was not a liberty-limiting provision, as much an issue of reasonable restrictions on a freedom.

Rajshree Chandra is a political scientist. She dedicates this piece to Stan Swamy and all that he stood for.