Book Excerpt: How Will a India-China War Pan Out?

In his book 'The Last War: How AI Will Shape India’s Final Showdown With China', Pravin Sawhney imagines how an AI-supported Peoples Liberation Army might target critical Indian military assets. 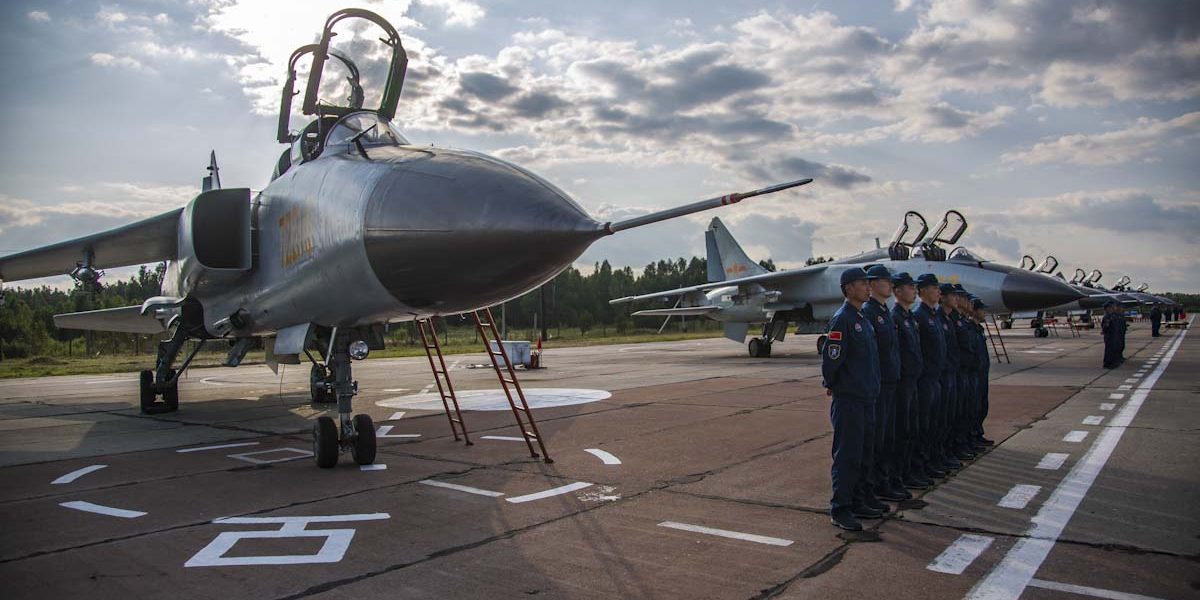 This an excerpt from Chapter 12 of Pravin Sawhney’s book The Last War: How AI Will Shape India’s Final Showdown With China. Republished with permission from Aleph Book Company.

The Peoples Liberation Army (PLA) will move suddenly across the war and combat zones, much like the 2020 Ladakh stand-off, and hit India with typhonic ferocity. Working at the speed of light, the PLA’s cyberwar will grind civilian life to a halt; delay, disrupt, and disorient the IAF and Indian Army’s mobilization; activate malware viruses and worms in military supply chains and weapons’ kill chains; and snap communications of various headquarters, leading to limited communication between field formations and political and military authorities in New Delhi. Depending on the criticality and importance of the targets, the PLA will have collected enough data for cyber war by cyber reconnaissance and battle damage assessments over time.

In the combat zone, the PLA will fight a multi-dimensional and multi-domain campaign where it will control the speed and tempo of war (see ‘Introduction’) with round-the-clock situation awareness. The PLA will use autonomous robots, LAWs [Lethal Autonomous Weapons], and IoMT [Internet of Military Things] mission sets without worrying about adversarial learning. Since the PLA will be conversant with all aspects of the enemy’s war, it will have no need to write algorithms on the move for autonomous systems. The IoMT mission sets for various mission and roles will be prepared, war-gamed, exercised, and kept ready for combat. While the PLA humans will be ‘in the loop’ in command role, they would be ‘on the loop’ or ‘out of the loop’ in integrated air and defence systems which would be part of its A2/AD bubble. What US general George Patton said during World War II—‘nobody ever defended anything successfully, there is only attack and attack and attack some more’—will be true of the PLA war. 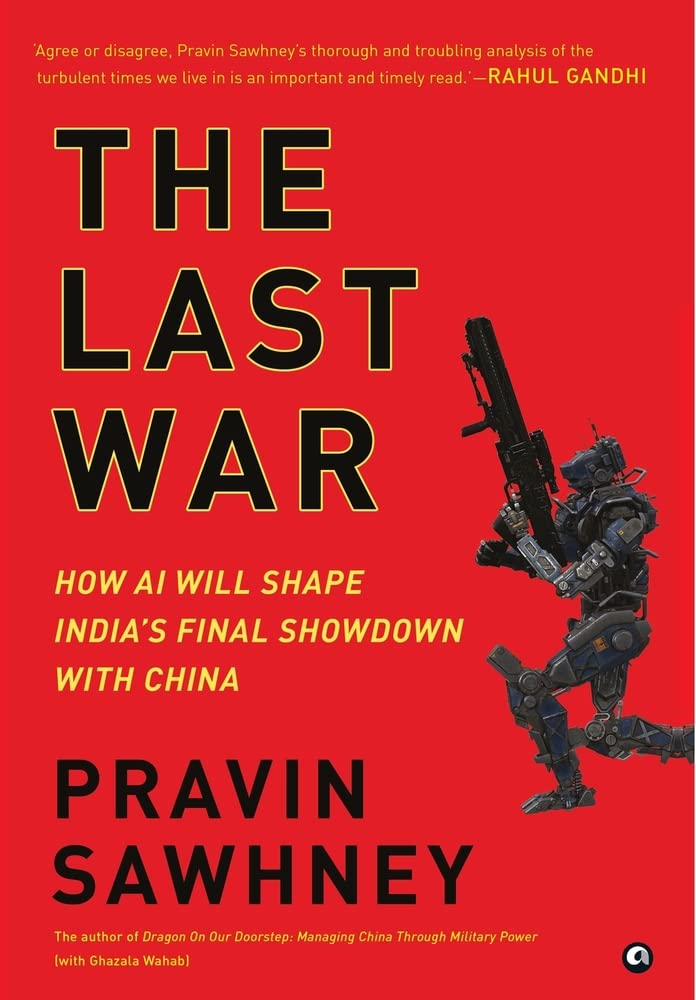 The PLA war against the IAF will be a big surprise for India. There will be no combat between the PLAAF’s J-20 and J-31 aircraft and the IAF’s Rafale and Su-30. Since there will be no force-on-force engagements or tactical fights, the IAF, operating from lower heights, will have no operational advantage over the PLAAF. The PLA’s winning strategy will be to control information in and out of the battlespace by domination of the EMS. The PLA will integrate cyber, EW [electronic warfare], and space capabilities (Strategic Support Force) with firepower strikes to blind the enemy, and physically damage and destroy its combat effectiveness.

The PLA’s space war will destroy Indian intelligence, reconnaissance, surveillance, communications, and navigation satellites by groundbased or Direct Ascent Anti Satellite (DA-ASAT) missiles, co-orbital ASAT, satellite jammers, and offensive cyber capabilities. This will be done by SSF’s two deputy theatre command-level departments: the space systems department responsible for military space operations, and the information operations which comprise cyberwar, electronic war, and political war. Since 2019, the SSF has been participating in joint exercises and training throughout China, and with the WTC against India.

The PLA will build its Rocket Force missiles surge needed for India over time. Just as China took three years to prepare for the 1962 war even as its leaders were hoping for peace with India, preparations for large numbers of indigenous missiles will start early. Based on AI-enabled mathematical modelling of identified targets, and with automated production capability, the PLA will calculate the surge requirement for long range rockets, and smart and precision munitions including missiles, and build them. On the Indian side, the IAF inventory will be finite with little possibility of making up attrition rates.

The RF focus will be bases with Rafale and Su-30 MKI aircraft. The missiles will crater runways, blow up fuel storage tanks, ammunition underground bunkers, hardened shelters, forward maintenance areas, command and control centres, and forward logistics centres of the IAF’s main and diversionary bases. This would ensure that even if airstrips get repaired, aircraft, in absence of payloads and fuel, will not be able to get airborne. Moreover, units of S-400 air and missile defence system, BrahMos cruise missile, Smerch and Pinaka multi-barrel rocket launchers, radar sites, long-range artillery, and communication nodes would be destroyed. The PLA could use swarms of autonomous long-range missiles, which on reaching its target, say a S-400 unit or regiment, would on its own decide how best to destroy the air defence system in the least amount of time. Or destroy its kill chain by cyberattacks on indigenous Akash surface-to-air missiles which would be integrated with S-400 for broad air defence cover. 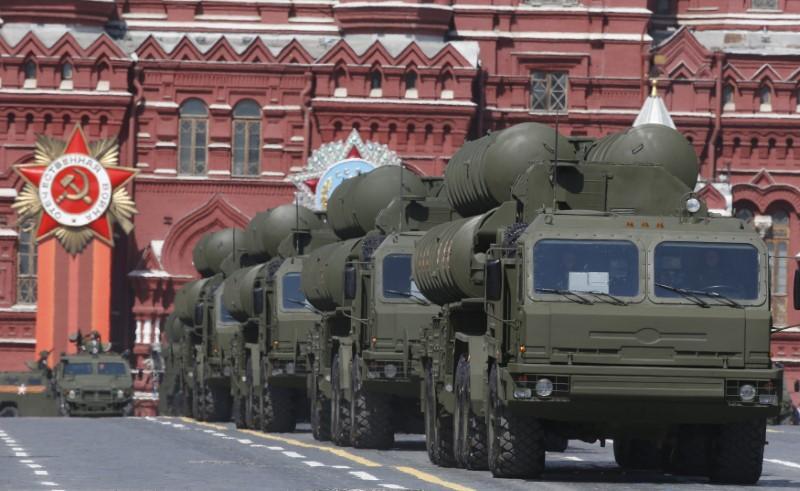 Moreover, all field headquarters of the IAF and the Indian Army will be flattened by missile rain. There will be no carpet bombing, but accurate targeting with least collateral damages. With an area of 84,000 sq km, Arunachal Pradesh has a population of just 16 lakh concentrated in urban areas.

Priority would be accorded to communication towers, power centres, bridges, tunnels, radar sites, air defence systems, and command and control hubs. Since most Indian targets will be static, well-mapped, and watched, it will not be difficult for the PLA to hit them with precision. Political (information) warfare will be used to keep the enemy’s cognitive capabilities (decision-making) under pressure.

Considering that Rocket Force’s capabilities and employment is well documented and articulated by US and Chinese analysts, it is surprising that the IAF panel at the Military Literature Festival downplayed the fact that missiles will be the first line of attack in the PLA war. In September 2010, a three-star officer at the Eastern Air Command said as much. In an interaction with me at his headquarters in Shillong, he admitted that the IAF had no answer for the PLA’s surface-to-surface missiles.

A decade later, IAF officials decided to downplay the monstrous missile threat in the absence of a corresponding response. This is what the US military does not do. The US INDOPACOM chief, Admiral Philip Davidson, said in March 2021 that the US will deploy its IndoPacific military presence far and wide rather than keep it concentrated at a handful of bases as it seeks to protect itself from China’s advanced missile capabilities. And yet, the former IAF chief Dhanoa thought that closeness of IAF main and diversionary bases would be an asset instead of being lucrative targets for the Chinese missiles.

The IAF combat aircraft in the Indian hinterland (allocated for the Pakistani front) which manage to get airborne against China will find it impossible to penetrate the complex and compact A2/AD weapons bubble which will cover the spectrum from space to atmosphere with few gaps. In certain areas, such as some categories of hypersonic, ballistic, and cruise missiles, air defence, electronic warfare, and cyber capabilities, the PLA ranks among the world’s leaders. With ground communications jammed, Indian satellites disabled, destroyed, or thrown out of orbit, these combat aircraft will be blinded. The Indian armed drones and swarm drones that are touted to be game changers by the Indian military will meet a similar fate. The zone of operations of the A2/AD will be expanded by the PLA pushing IAF aircraft far away from the Chinese airspace.

Incidentally, China’s ‘robust and redundant Integrated Air Defence System over land area and within 300 nautical miles (556 km) of its coast (within the first island chain in South China Sea) relies on an extensive early warning radar network, fighter aircraft, and a variety of surface to air missiles.’ As mentioned earlier, the PLA had created a similar A2/ AD firewall or counter invention force against India.

Asked if it would be possible for Predator, the US drone, to carry out target killing inside Chinese airspace, similar to the killing of Irani general Qasem Soleimani at Baghdad airport in January 2020, Chinese analyst Wei Dongxu said:

Even as the IAF’s combat capabilities will get degraded by PLA missiles and artificial intelligence-enabled invisible war, PLAAF would simultaneously use its inventory of networked bombers and fifth generation aircraft. PLAAF’s medium-range H-6K bombers, each of which can carry six precision guided CJ-20 air-launched land attack cruise missile with a 1,500 km range, would be ideal for hitting major infrastructure, military installations, and high value targets. The H-6K bombers can also fire ALBM.

Moreover, work is continuing on the PLAAF’s Xian H-20 subsonic stealth bomber and is expected to get operationalized soon. It is advertised to carry 20 tons payload across 12,000 km without refuelling. The final trials of the H-20 bomber before induction were held in Hotan, close to east Ladakh in June 2021. The PLA considers the PLAAF a strategic force owing to its varied versions of bomber fleet.

Even as the PLA achieves complete dominance over air space with its quartet of artificial intelligence enabled invisible war (Strategic Support Force), Rocket Force, networked bombers/fighters, and integrated air defence or the A2/AD system within forty-eight hours, it will unleash the remaining PLAAF inventory on the Indian Army which would have suffered the PLA’s missile onslaught and would have been partially if not totally blinded. Without air cover, the Indian Army cannot escape lethal attacks from a combination of PLAAF’s fifth generation fighter jets, bombers, attack helicopters, rockets, missiles, drones and swarm drones, and ground troops within or outside the IoMT architecture. Before considering how the land war between the Indian Army and PLA will pan out, we need to ask why the IAF did not prioritize its acquisitions to meet the PLA’s quartet challenge.