Book Excerpt: Early Bombay Cinema and Its Close Links With the Cotton Trade

An excerpt from 'Bombay Hustle: Making Movies in a Colonial City' by Debashree Mukherjee. 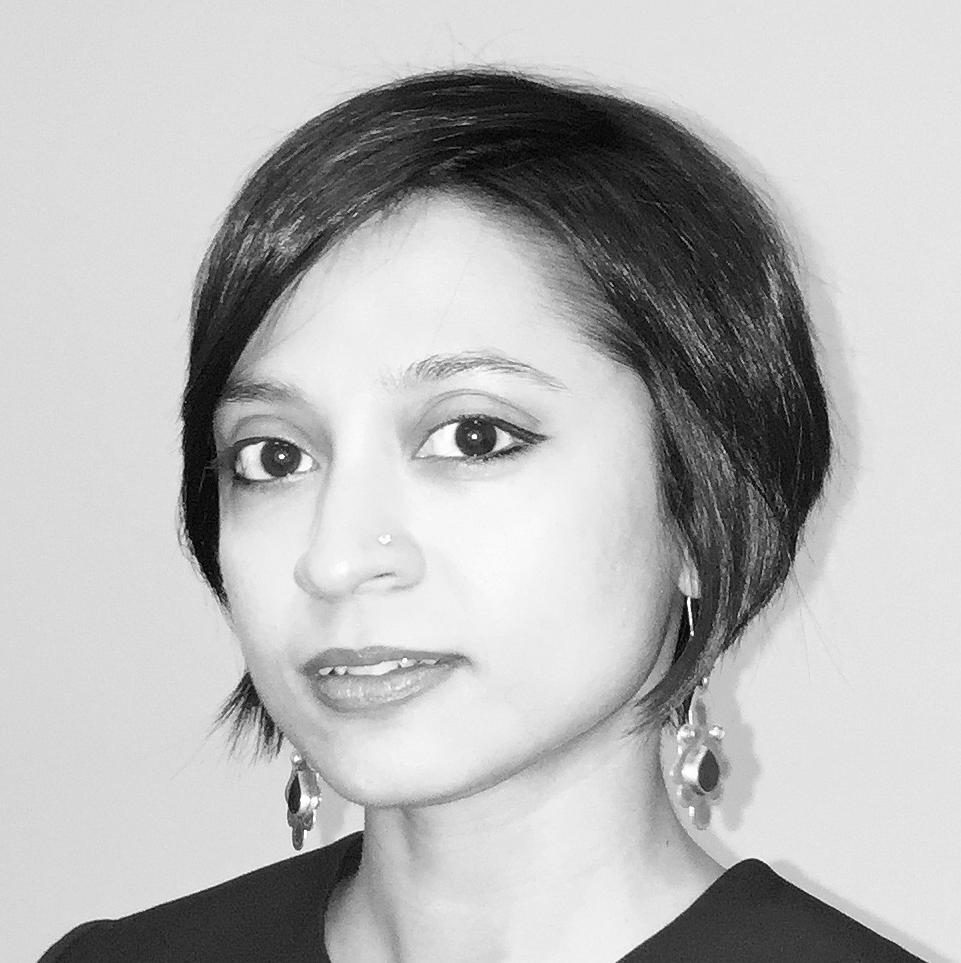 Q: Can you tell me why there is not a single film studio in the United Provinces, the home of the Hindi language?

A: Because that province has no official gambling dens like the Share Market and the Cotton Exchange where easy money can be made and invested in films. As yet film making has not become a real industry in India. It is still an adventure run with pirated capital.

A cheaply printed Hindi weekly film magazine called Cinema Sansar (Cinema world) started circulating in Bombay in 1932. It regularly published weekly rates for American cotton futures alongside film advertisements and news. This casual juxtaposition of cotton futures trading and cinema prods us to think about their interconnections. Both cotton and cinema were pivotal to the emergence of Bombay as South Asia’s foremost industrial metropolis. The first cotton mills were built in the city in the 1850s, and cotton rapidly became India’s most important industry, controlled in large part by indigenous capital, and propelling Bombay’s business and labor concerns to the national stage.50 Cinema entered the scene at the very end of the nineteenth century, but it too played a major role in consolidating and confirming Bombay’s status as a modern metropolis with a sway over the late colonial “national” imagination. These synchronically twinned trajectories of cotton and cinema have more material connections than one might assume at first glance. 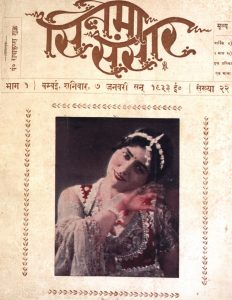 In his latest book, Cinema and the Wealth of Nations, Lee Grieveson situates the rise of Hollywood within a complex matrix of “interlocking relations among telecommunications, media corporations, and finance capital.” He argues that Hollywood’s much-touted system of vertical integration was not invented by studios but prompted by a longer history of the American corporate form and its drive toward oligopoly. This is an important point as it suggests that in order to understand the form of a film industry, one must look sideways at the dominant models of business that surround it. Bombay’s cine-ecology had deep roots in regional networks of speculative trading, and it sourced much of its capital from Gujarati and Marwari credit and cotton merchants located in the city and its hinterland. Indian capitalists were a “rising group, socially as well as economically” in the first decades of the twentieth century. Their two main constraints were the dominance of British capital over most of the modern sector and the predominantly precapitalist structures of the agrarian sector. The Indian film industry was wholly indigenous in its finance and executive control, producing home-grown content for home-grown audiences. Cotton trading was closely monitored by the Indian Cotton Committee of the Textile Control Board, but cinema, still struggling to gain industrial and social recognition, was outside the purview of colonial economic regulation. Indian cinema’s most prominent nodes of growth (studios, laboratories, technicians, actors) were also actively trying to remake themselves as modern, scientific, and corporate. Thus the in-between industrial status of cinema—as indigenous, modernizing, and governmentally undervalued—made it a prime location for multiple financial interests to converge. 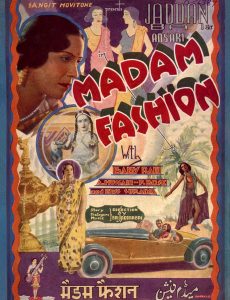 The commodity derivatives market in Bombay was thriving since at least the mid-1850s, with cotton futures trading getting an unprecedented boost during the 1860s with the American Civil War. As U.S. cotton exports declined, England turned to India to supply its textile factories with raw cotton. Bombay’s rise as the foremost industrial and financial center of South Asia is closely linked with the “Cotton Mania” of the 1860s when “the phenomenal flow of gold into the Presidency, accruing from the abnormal prices of cotton induced by the American Civil War, sent the city temporarily mad. It is estimated that the five years brought Bombay profit on its cotton trade worth eighty-one million pounds more than it would have received in ordinary times.” Record profits entered Bombay in the form of gold and were redistributed along channels of real estate, the textile industry, philanthropic civic infrastructural development, and the credit economy. Scores of new banks, financial institutions, and businesses sprang up at this time, and so high was the cotton euphoria that, reportedly, “four thousand rupee shares of the Back Bay Company were forced up to twenty-four thousand rupees—a premium of 600%.”

In 1865, however, when the war ended, Bombay’s speculative mania abruptly terminated in a “ruinous panic” where “in a few weeks the whole mass of paper wealth [shares] became unsaleable” making the “Bombay crash one of the severest disasters which ever fell upon a mercantile community.” Still, the city’s appetite for speculation soon revived, and Bombay witnessed periodic booms during World War I, 1925, 1935, and World War II, alongside global aftershocks of the Great Depression (1929–1939). The speculative finance that flooded Bombay in these years found another exciting redistribution outlet with the emergence of a local film industry.

One of Bombay’s oldest film studios, Kohinoor Film Company (1919–1932), was started by a local cotton mill owner, Dwarkadas Sampat. Similarly, Ishwarlal Umedbhai Patel moved profits from his family’s ginning factories in Gujarat and Bombay into film, financing “about half a dozen petty producing concerns” before entering film distribution and then production with the concerns Gujerat Film Circuit and Jay-Bharat Movietone. Mayashanker Bhatt, proprietor of Sharda Film Company and President of the Motion Picture Society of India (1933–34), maintained a parallel business in textile production. The earliest avatar of Bombay Talkies, the “Indian Players,” received financial backing from the cotton merchant-turned-Theosophist Jamnadas Dwarkadas in 1923 for its proposed film, Light of Asia. Dwarkadas was also a member of the Legislative Assembly and offered a 3,000-pound guarantee against a 30 percent share of profits. When the Indian Players started Bombay Talkies, their studio was built on the property of F. E. Dinshaw, a member of the BT Board of Directors who had made his fortunes partly from the Bombay cotton industry and offered the use of his large Malad summer bungalow and sprawling estate. Sir Phiroze Sethna, later president of the Motion Picture Society, had begun his career as a cotton supplier and mill owner before moving into insurance and banking. Apart from capital investments put forward by cotton magnates, Bombay cinema was increasingly financed by short-term profits from cotton speculation. The most routine form of finance available for film production was through local moneylenders who charged exorbitant rates of monthly interest. Next came regional and community-based networks of credit and investment that were connected to global economic currents in cotton and bullion. These mercantile networks seized on film as an avenue for offloading unreported and untaxed incomes from speculative and other trade. Owing to the intense colonial scrutiny of locally established commodities futures markets, the economically inconspicuous film industry became a logical venue for a new kind of futures trading. Driven by the extrapolations of distributors, short-term investors approached film as a commodity derivatives market, moving money into and out of the film economy without concern for the quality or even delivery of the film commodity.

Film was not considered a national commodity that deserved special attention, nor was it regarded as an essential wartime resource. This was one reason that many of Bombay’s early film concerns were directly funded by profits from the cotton trade. The 1940s saw the rapid mushrooming of scores of independent and fly-by-night film production companies in Bombay, a fact that has been attributed to the increased circulation of cash in a wartime economy. The extreme precarity of cotton futures markets during the war years must be considered as another key factor in the proliferation of intrepid, short-lived film concerns during this time.

Speculative finance had become so naturalized by the 1940s that film journalist Baburao Patel felt obliged to remind readers that “in the course of thirty years, through the routine evolution of mortgages, the early speculating financiers came to be known as the studio-owners and incidentally as the producers. Though now they produce pictures on their own, their profit motive remains paramount.” Clearly, the cinema-cotton relationship was mutually beneficial. If cinema needed finances from Bombay cotton, then cotton futures trading also needed Bombay cinema to reroute investments.

Also read: When Bollywood Sang of a Proud, but Tolerant Republic

Spatially, too, cotton and cinema made parallel claims on the city. Cotton mill districts, the residential neighborhoods inhabited by millworkers, and the earliest theaters to screen exclusively Indian films were spatially connected. Rajnarayan Chandavarkar tells us that “from the late nineteenth century onwards . . . the city’s poor began to drift away from the high rents of the native town to the villages of Parel, to Mazgaon and Tarwadi, Sewri and Kamathipura.” The city’s cotton mills were increasingly concentrated in these same areas and “90 percent of the city’s millworkers lived within fifteen minutes’ walking distance of their place of work.”

The high concentration of working-class populations led to the increased demand for theaters, and “from the mid-1920s, a new exhibition locale was developing to the north of Grant Road.” These northern neighborhoods included the millworker districts of Parel and Sewri. A history of such neighborhood links shows us that the local cotton industry not only supplied finance but also provided the earliest audiences for Indian cinema. In turn, cinema offered Bombay’s overworked and underpaid factory workers an escape from everyday drudgery, fantasies of alternate worlds, and a place to relax for three or more hours, thus providing the sociophysical conditions for the reproduction of labor power. Overlapping these spatial concentrations of urban labor, production, and film exhibition were the city’s infamous red-light neighborhoods, zones of sex work such as Kamathipura, Khetwadi, Phunuswaree, Girgaon, and Tardeo, many of which had a high concentration of millworkers.66 Entertainment and extraction, labor and leisure, worked symbiotically in these social zones of contact, contributing to the consolidation of the talkie cine-ecology.

Debashree Mukherjee is an assistant professor in the Department of Middle Eastern, South Asian and African Studies at Columbia University. She worked in Mumbai’s film and television industries from 2004–2007.