The biggest black money case that has come up so far is that of the Adani group, promoted by Gautam Adani, one of Modi’s closest associates, writes Josy Joseph in his book A Feast of Vultures: The Hidden Business of Democracy in India. Here's an excerpt. 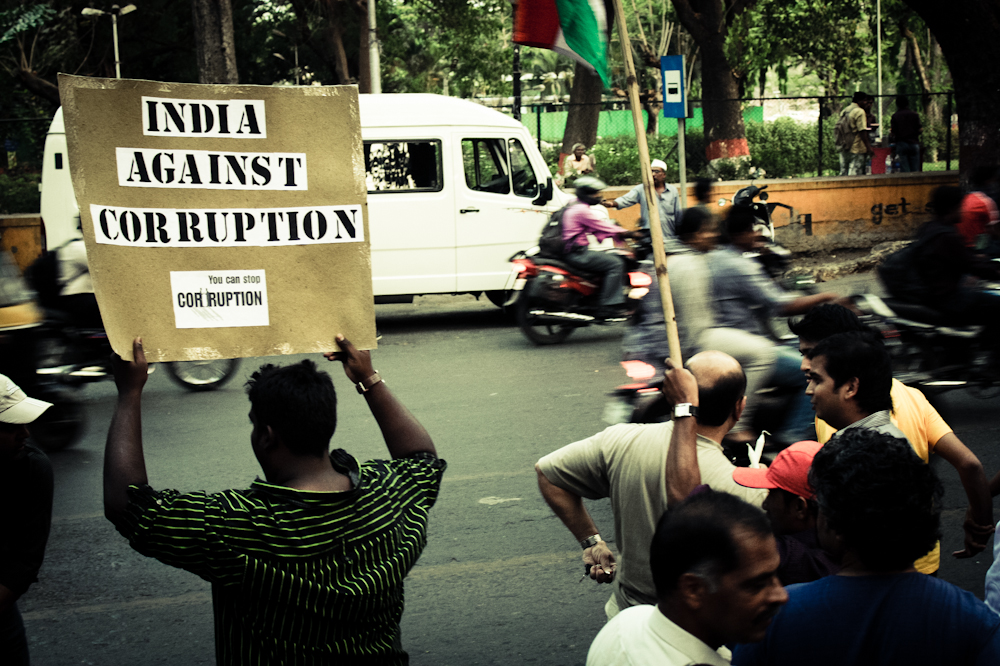 The biggest black money case that has come up so far is that of the Adani group, promoted by Gautam Adani, one of Modi’s closest associates, writes Josy Joseph in his book A Feast of Vultures: The Hidden Business of Democracy in India. Here’s an excerpt. The practice of siphoning off ‘black money’ – the illegal earnings of India’s rich and powerful – has many dire implications, including a crippling effect on the country’s efforts at fighting poverty, illiteracy and other socio-economic challenges, scuttling national security priorities, fleecing the public exchequer and stymieing competition.

The BJP, which was the main opposition party in 2011, constituted a task force to study the phenomenon of black money and released a report later. The following year, the UPA government presented a white paper on black money in parliament. The presentation of this ninety-seven-page report was among the many actions that the government promised. Finance minister Pranab Mukherjee, who became the thirteenth president of India a year later, admitted in the report: ‘There is no doubt that manifestation of black money in social, economic and political space of our lives has a debilitating effect on the institutions of governance and conduct of public policy in the country. Governance failure and corruption in the system affect the poor disproportionately. The success of an inclusive development strategy critically depends on the capacity of our society to root out the evil of corruption and black money from its very foundations. Our endeavour in this regard requires a speedy transition towards more transparent and result-oriented economic management systems in India.’

The white paper quoted a report by the World Bank in July 2010 that estimated ‘shadow economies’ of 162 countries from 1999 to 2007. It said that the weighted average size of the shadow economy (as a percentage of official GDP) of these countries in 2007 was 31% compared to 34% in 1999. For India, these figures were 20.7% and 23.2 % respectively. The government admitted that its own Department of Industrial Policy and Promotion (DIPP) found that the foreign direct investment from Mauritius between April 2000 and March 2011 was 41.8% of the entire amount received by India.

‘It can be seen from this table that the two topmost sources of the cumulative inflows from April 2000 to March 2011 are Mauritius (41.8%) and Singapore (9.17%). Mauritius and Singapore with their small economies cannot be the sources of such huge investments and it is apparent that the investments are routed through these jurisdictions for avoidance of taxes and/or for concealing the identities from the revenue authorities of the ultimate investors, many of whom could actually be Indian residents, who have invested in their own companies, through a process known as round tripping’ – that was the government accepting the reality. Josy Joseph’s A Feast of Vultures: The Hidden Business of Democracy in India, Harper Collins, 2016

The big problem is that there are no reliable estimates on how much is siphoned off, where it comes from, or what proportion of it may be linked to criminal activities. Even the government does not know how much of this black money comes from criminal proceeds and what percentage is ‘just’ tax avoidance. Many of India’s successful businessmen have over the years obtained the status of ‘non-resident Indians’ to avoid paying income tax and answering uncomfortable questions about their income and investments at home and abroad. According to an estimate by the research agency New World Wealth in March 2016, India saw the fourth biggest outflow of high-net-worth individuals globally in 2015 with 4,000 millionaires changing their domicile. Ironically, much of the information we have on how the Indian system actually works comes from the result of investigations abroad – the result of foreign firms trying to win contracts in India coming to the attention of authorities back home.

Bribes are spread far and wide, and reach every level of the food chain, from political leaders to the attendants guarding the doors of government offices. With almost everyone benefiting from the largesse, a conspiracy of silence sets in. And that, more than anything else, explains why India’s corrupt procurement system rarely sees the emergence of whistle-blowers.

On 28 May 2014, on its first day in office, Prime Minister Narendra Modi’s BJP government announced its first significant decision: the constitution of a special investigation team (SIT) led by a retired Supreme Court judge to look into black money. In his high-decibel campaign against the ruling UPA government prior to the general election, Modi’s most frequent reference was to black money. He rode the gigantic wave of anti-corruption that had built up around the country. While the movement itself was mostly apolitical and civil-society-driven, Modi was its biggest political beneficiary as he unleashed the most expensive campaign India had ever seen: chartered aircraft, helicopters, holograms, media campaigns, unabashed social media and Internet strategies and the like. It was hardly surprising then that, on his first day in office, Modi announced the setting up of that SIT.

Ironically, the biggest black money case that has come up before the SIT so far is that of the Adani group, promoted by Gautam Adani, one of Modi’s closest associates. It is in his chartered aircraft that the soon-to-be prime minister zipped around India, accusing the incumbent government of not fighting corruption. The Adani group allegedly took out over Rs 5,000 crore to tax havens, using inflated bills for the import of power equipment from South Korea and China, the SIT on black money was told by the Directorate of Revenue Intelligence (DRI) and the Enforcement Directorate (ED). Josy Joseph, author of A Feast of Vultures. Credit: josyjoseph.in

According to a senior ED official associated with the SIT, if the Adani case reaches its logical conclusion, the group will have to pay a fine of around Rs 15,000 crore. ‘It is a watertight case,’ he said, about the trail of documents showing how the group diverted Rs 5,468 crore to Mauritius via Dubai. The Adani group vehemently denies any wrongdoing. Modi, after his rhetoric-filled ride to power, has been silent.

Since Modi’s ascension to office, what has happened in the ED, which had registered a preliminary case against Adani in Ahmedabad and was handed details of DRI findings, is illustrative. The officer heading the Ahmedabad branch of the directorate was raided by the CBI, which accused him of possessing disproportionate assets. It failed to prove anything at all, despite months of investigation. The two senior-most officers in the Mumbai regional office, who oversaw the investigations in Ahmedabad, were forced out of the agency. The tenure of Rajan S. Katoch, who was heading the directorate when the case was opened, also ended abruptly. Apart from the Adani case, the Ahmedabad ED investigators were also pursuing some of the biggest money launderers of Gujarat.

While I cannot prove bad faith in all those abrupt transfers, it must be said that there has been no credible evidence that the Modi government is working to bring back black money to India. Or indeed that it will pursue the biggest black money case yet to emerge here.

This essay was extracted from Josy Joseph’s book, A Feast of Vultures: The Hidden Business of Democracy in India, published by Harper Collins India. Joseph is an award winning investigative journalist.