What Bilkis Bano Survived That Day in Gujarat, 2002

The Supreme Court recently ordered the Gujarat government to give Bano Rs 50 lakh, a job and a house – in compensation for this terrifying ordeal seventeen years ago. 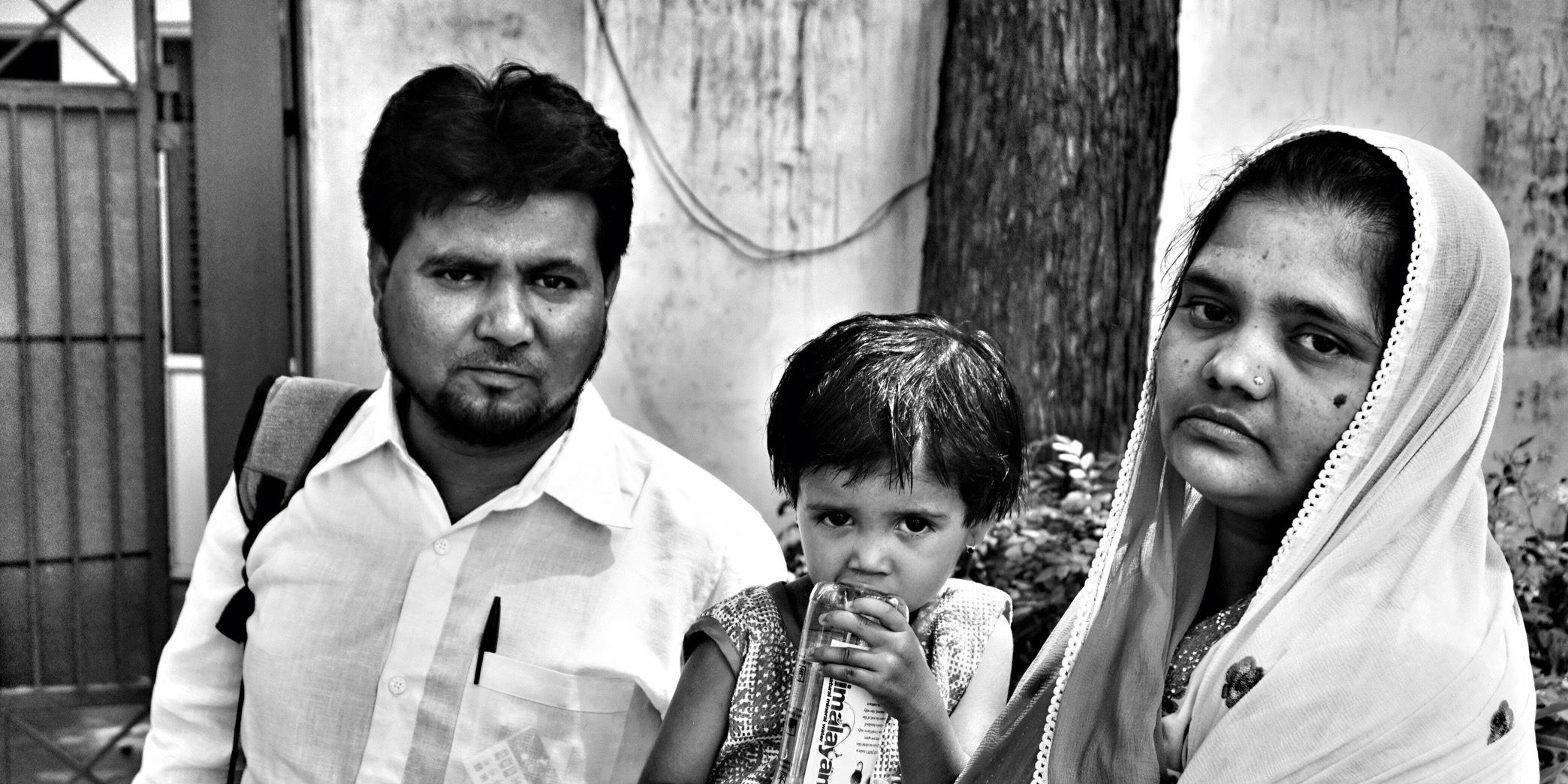 Excerpted with permission from Between Memory and Forgetting: Massacre and the Modi Years in Gujarat by Harsh Mander (Yoda Press).

What transpired in 2002 is today mired in strenuous denial and clouds of bitter controversy. Much has either been sought to be deliberately erased from public memory, or is acrimoniously contested.

The truth of what actually happened during those dark and stormy months is perhaps best illuminated by the judgements of the few upright judges who fought the prevailing prejudice and partisanship of their times and convicted rioters and their leaders for a horrific series of collective hate crimes, mass murder, rape, and arson. 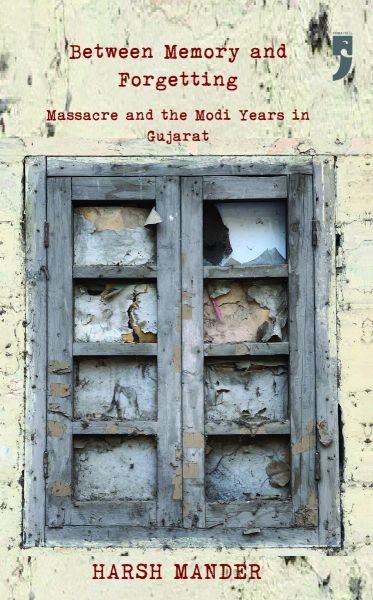 Among these, the 2017 judgement of the Mumbai High Court punishing the attackers of Bilkis Yakub Rasool offers particular hope. This came at the end of an epic and heroic legal battle for justice fought by this barely lettered wife of a small Gujarati cattle trader.

Her struggle seemed at times without end, ‘but when you are on the side of truth, you will be heard, and justice will be yours in the end’.

Fifteen years had passed since 19-year-old pregnant Bilkis Yakub Rasool was gang-raped and left naked and unconscious by men of her village, the head of her three-year old child smashed to the ground, and thirteen other family members killed during the gale of hate violence that swept Gujarat in 2002.

She ensured, ultimately, that not just the men who raped her and brutally killed her daughter and family, but also the policemen and doctors who tried to protect these criminals and hide their crimes, would be punished by the law of the land and spend many years behind prison walls.

The Mumbai High Court on 4 May 2017 upheld the life sentences awarded to the 11 men who had been convicted by the lower court but also set aside the acquittals of seven police persons and doctors for tampering with and destroying crucial evidence.

There are few examples of any comparable punishment given to public officials for protecting hate criminals in any case of mass communal violence in India, although such malfeasance by police persons and doctors is far from rare. Bilkis Bano said that her rights ‘as a human being, as a citizen, woman, and mother’ had been ‘violated in the most brutal manner.’

She was still haunted by nightmares, and she would be filled with revulsion still as she remembered that day 15 years before the judgement. In Randhikpur village in Dahod, 200 kilometres from Ahmedabad, her neighbours had set fire to each one of around 60 Muslim homes. As Bilkis and her terrified family ran into the fields behind their house, she turned to catch the last sight of their burning house.

In the exodus that followed, Bilkis and her family sought refuge first at the residence of the village Sarpanch, then in a school in the village of Chunadi, and thereafter in the village mosque of Kuvajal. Here, Shamim, a cousin of Bilkis, delivered a baby girl at the house of a midwife.

The next day, the family fled again, knowing that they were not safe. Hiding in the shadows and overgrowth of the surrounding forests, they avoided the big highways to reach a Muslim majority settlement. Along this scary journey, they were shielded by and taken care of by compassionate people.

As Special Judge Salvi was to observe later in his judgement that despite its gruesomeness, the case also brought to light acts of human kindness shown by neighbours and acquaintances towards victims of the massacre, as they gave shelter to people on the other side of the communal divide. The search for a safe location set them on the path to village Pannivel but they were not to reach their destination.

Also Read: Bilkis Bano and Her Undeterred Resolve to Hold on to One’s Right of Citizenship

On the kachha road to the village, two trucks full of around 20 to 30 people brandishing swords and sickles suddenly obstructed their truck. Bilkis recounted how men from their village, people they knew, shouted ‘Aa rahya Musalmano, emane maaro, kaato’ ‘these are the Muslims, kill them, cut them’. Among the assailants was the son of a medical practitioner who treated Bilkis Bano’s father and lived right across the street, a man who owned a bangle shop at the village, another who owned a hotel in the neighbourhood where her family resided, and the husband of an elected member of Gram Panchayat.

Years later, Bilkis said that what rankled her the most about her memories from that day was the fact that men she had known since her childhood were the ones who brutalised her so mercilessly.

Bilkis was clutching her three-year-old daughter, Saleha, in her arms when one of the men snatched the little girl away and smashed her head to the ground, killing her instantly. Three men, all from her village, grabbed Bilkis and tore away her clothes, even as she pleaded that she was pregnant. They ignored her entreaties that they were like her brothers and uncles and raped her in turn.

In the mayhem around her, the 14 members of her family were raped, molested, and hacked to death by the mob. Shamim who had just delivered a child the day before was killed along with her infant. When Bilkis ultimately lost consciousness, the assailants mistook her for being dead and they left the scene of the carnage.

When she regained consciousness, she found herself naked, surrounded by the corpses of her family. She covered her body in a petticoat and ran up a hillock, spending a night in great dread, foreboding, and mourning. The next day, when looking for water, she came upon an Adivasi woman near a hand pump who gave her some clothes. She then spotted a uniformed police officer and approached him for help. He took her to the Limkheda Police Station in his vehicle.

Bilkis was the lone witness and survivor of eight gang-rapes and 14 murders. She knew the names of her attackers and recounted to the policeman the incidents in painful detail. But the Police Head Constable, Somabhai Gori, refused to register her complaint. He despatched her instead to a relief camp, where she was reunited with her distraught husband Yakub Rasool, sharing their unthinkable grief and suffering of having lost their daughter and so many family members.

Yakub recalled that day 15 years later to Scroll.in. When he searched for his wife after the riots, he found her sitting silent in a dark corner of the Godhra riot relief camp, alone and buried in grief. He had heard of what had happened to her from others at the camp. ‘I put everything aside—the riots, the family we had lost,’ he said. ‘I spoke to her with love, I tried to bring her out of the pain she had endured.’ He added: ‘Since then, I have heard Bilkis testify a million times, to NGO workers, to lawyers, to journalists, but I have never asked her—what happened to you? Who did what? You have heard the words too, but every time, I have felt them in my heart.’

Also Read: ‘I Am at Peace and Stand Vindicated’: Bilkis Bano After SC Orders Compensation

Two days after the killings, some local photographers found eight bodies of the massacred family, and it was this public exposure that forced the police to act. Bilkis was devastated when she identified the dead bodies of her family members including her three-year old daughter. Four days after her rape, Bilkis was medically examined at Godhra Civil Hospital and biological samples were sent to the local pathology lab.

Meanwhile, no inquest was carried out on the massacre as required by law and the bodies were left to rot away. The doctors performing the post-mortem did not collect any blood or biological samples, evidence that they knew would be crucial. It was later proved that the bodies were buried in unmarked mass graves on the directives of the police.

In 2004, when the bodies were exhumed as part of a fresh investigation by the CBI, they found that none had skulls. It seems that they were decapitated after the post-mortem to prevent identification (talk about mutilating bodies!) and salt was sprinkled on the corpses so that they would decompose faster.

A prosecution witness testified that he was taken by the police to the place where the bodies were buried in unmarked graves and he found two doctors there as well. He buried the corpses with two other men whom the police brought in for digging the pits for the clandestine mass burial, and they paid each of them Rs 250 for their labours and silence.