'Why Should We Not Rid Ourselves of This Entire Problem?': Bhagat Singh on Religion

The moot point is that even if one keeps one’s religion a private matter, does it not heighten a feeling of alienation in people’s hearts? Does it not affect the aim of attaining complete freedom? 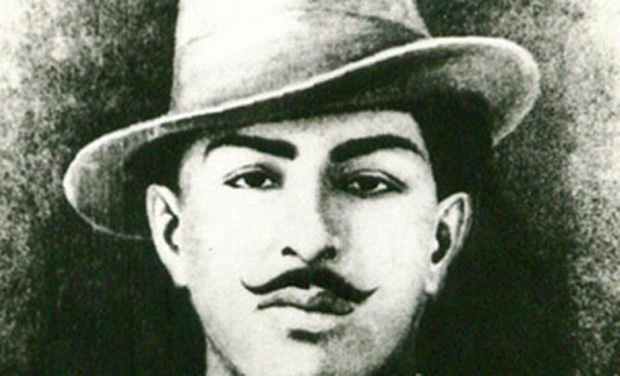 An extract from The Bhagat Singh Reader, edited by Chaman Lal and published by HarperCollins India. This article was first published by The Wire on September 28, 2020 and is being republished on March 23, 2021 – the 90th anniversary of Bhagat Singh’s execution.

The essay Mazhab Te Sadi Azadi di jang (Religion and our Freedom Struggle) was originally published in the May 1928 issue of Kirti. A political conference and the conference of the Naujawan Bharat Sabha were held in Amritsar in which there was an intense debate on religion amongst Bhagat Singh and his friends. This essay throws light on this problem. The outlines of the idea of an independent India had begun to be more clearly delineated. Some concrete suggestions for unity among the people have been made in this essay.

A political conference was held in Amritsar from 11th of April to the 13th of April along with the conference for the youth. A great deal of debate and discussion centred around two or three points. One of the issues was religion. Though no one would have raised the question of religion, but a resolution was proposed against communal organizations, and those who were supporting these communal organizations under the pretext of religion wanted to protect themselves. This question could have remained buried a little longer; but once it was brought to the public arena, discussion regarding it could take place and the concomitant question of solving the issue of religion also arose.

Even in the subject committee of the regional conference when Maulana Zafar Ali Sahib uttered ‘Khuda, Khuda!’ a few times, the President, Pandit Jawaharlal, asked him to refrain from doing so on that platform. ‘If you are a missionary of religion, then I am a preacher of irreligion’. Later even in Lahore a meeting of Naujawan Bharat Sabha was held. Several speeches were made and advice dispensed by some gentlemen who used religion for their benefit and also by those who were afraid to discuss this divisive issue, lest it led to tension.

The most important thing that was reiterated repeatedly and upon which Shriman Bhai Amar Singh ji Jhabaal laid special emphasis was that the question of religion should not be touched at all. This was very good advice. If anyone’s religion is not creating an obstacle in another person’s happiness and peace then why should anyone have a reason to raise a voice against it? But the question that arises is this: what has experience taught us up till now? Even in the last agitation, the same question of religion had arisen and every one had been given complete freedom. So much so that mantras and aayats began to be read from the Congress dais as well. Those days anyone lagging behind in religion was not considered to be good. As a result, narrow-mindedness was on the rise. 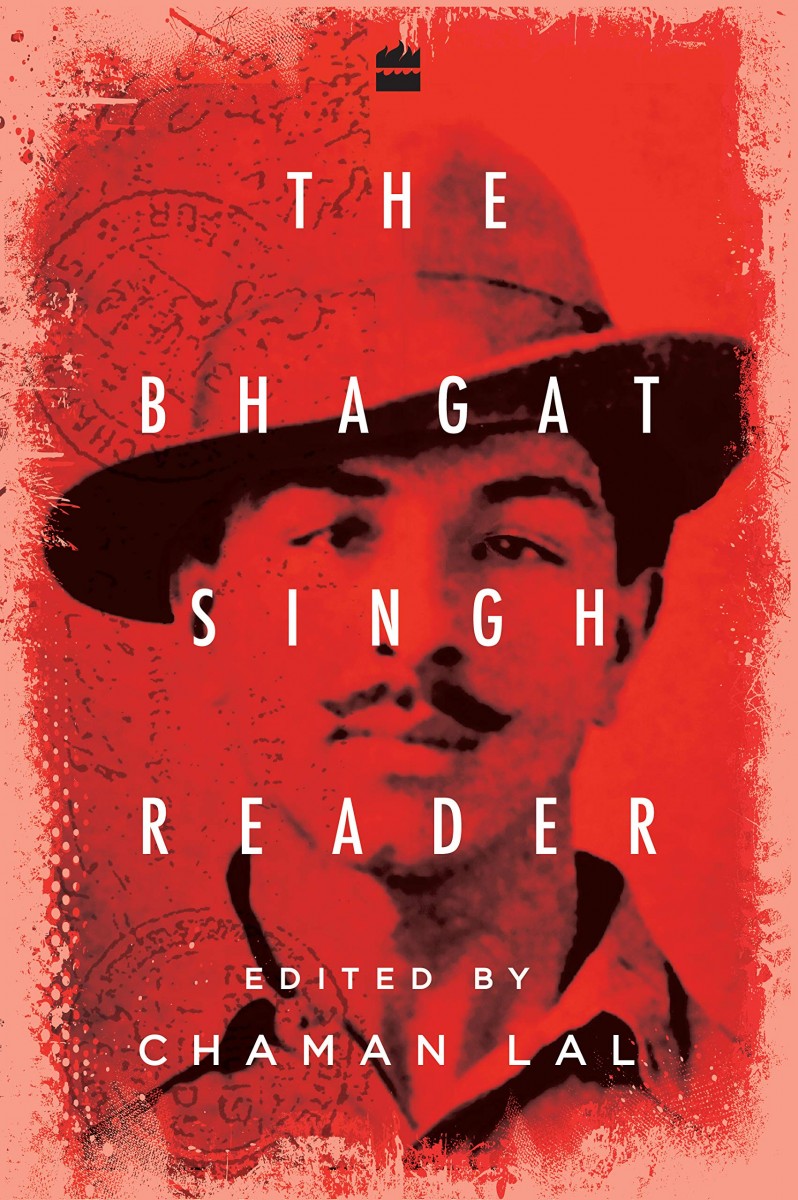 The ill-effects of this are not hidden from anyone. Now the nationalist people and lovers of freedom have grasped the truth behind religion and think of it as an obstacle in their path.

The moot point is that even if one keeps one’s religion a private matter, does it not heighten a feeling of alienation in people’s hearts? Does it not affect the aim of attaining complete freedom for the country? At this time, the worshippers of complete freedom call religion a kind of mental slavery. They also feel that telling a child that God is omnipotent and man nothing but a mere statue of clay, is to make the child weak forever. It is to destroy the strength of his heart and his sense of self-confidence.

But even if we don’t discuss this and go straight to the direct questions before us, even then we see that religion is an obstacle in our path. For example, we want everyone to be equal. There should be no division of class among the capitalists, nor of touchable and untouchable. But Sanatan Dharma is in favour of this discrimination. Even in the twentieth century, if a low-caste boy garlands people like the Pandit or the Maulvi, they have a bath with their clothes on and refuse to grant the ‘janeyu’, the sacred thread, to the untouchables. Either we pledge to say nothing against this religion and sit silently at home, or we must oppose it. People also say that we must reform these ills. Very good! Swami Dayanand abolished untouchability but he could not go beyond the four varnas. Discrimination still remained. If the Sikhs go to the Gurudwara and sing ‘Raj Karega Khalsa’ (May the Khalsa rule!) and then come out and talk of a Republic, what meaning does it have?

Religion says that the kafirs that don’t follow Islam should be hacked down; what would be the result if an exhortation of unity is given here? We are aware that chanting some higher order aayats and mantras can be used to draw different interpretations but the question is why should we not rid ourselves of this entire problem? Religion stands before us like a mountain. Suppose a freedom struggle spread all over the country, armies with guns standing face to face, shots are about to be fired and if at that moment someone does what Mohammed Gauri did – as the story goes – and even today places cows, pigs, the Granth Sahib, Veda-Quran etc. before us, then what will we do? If we are staunchly religious we will roll up our beddings and go back home.

Also read: Bhagat Singh Was a Thinking Individual, Not Just a Raw Nationalist

While there is religion, Hindus and Sikhs will not shoot at cows or Muslims at a pig. Staunch believers would keep rolling in front of their idols like the thousands of priests at the Somnath Temple, while the others, atheists or the irreligious, will get the task done. So what conclusion do we reach? One is forced to think against religion. But let us even consider the argument offered by those in favour of religion, who say that the world would become a land of darkness and sin will increase if religion is absent. All right, let us look at this. 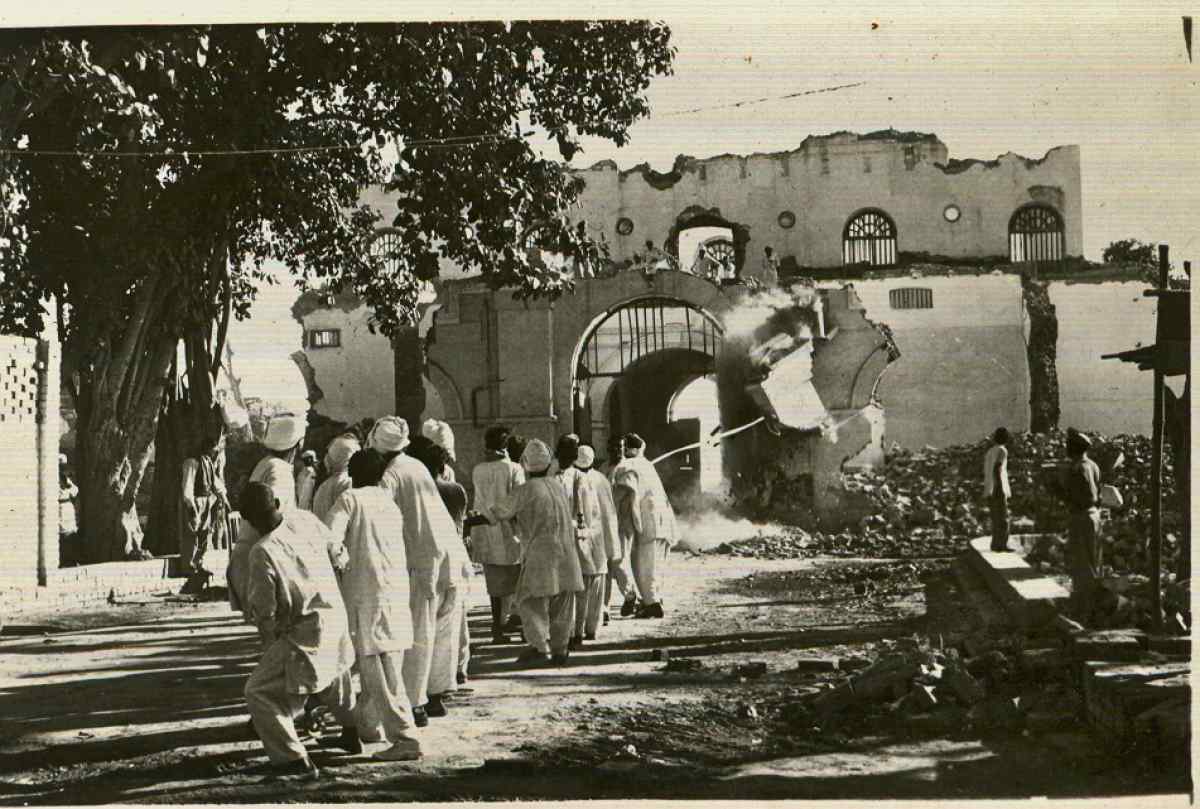 The Russian Mahatma, Tolstoy, writing about religion in his Essays and Letters has divided it into three parts –

1. Essentials of Religion, that is, the main tenets of religion – to speak the truth, not steal, help the poor, stay in harmony with others, etc.

2. Philosophy of Religion, that is, the philosophy of birth and death, reincarnation, the creation of the world etc. In this, a person tries to think and understand things according to his own will.

This means that in the first part, all religions are alike. All believe in speaking the truth, not lying, living in harmony with others. Some people have called these things individual religion. There is no question of dissent here. In fact, every human being should follow such noble principles. The second is the question of philosophy. One has to accept that “Philosophy is the outcome of human weakness” (originally in English). Where people can see, there is no trouble. When things are not clearly visible, then one’s brain works overtime and some specific results are dug out. Philosophy is undoubtedly a very important thing because we cannot progress without it, yet peace is equally important.

Our elders have said that there is reincarnation, but the Christians and Muslims don’t believe in it. Very well, each to his own! Come, let us sit down and discuss this calmly. Learn each others’ views. But when there is a debate on the question of transmigration of soul, then the Arya Samajists and the Muslims come to blows. The thing is that both parties lock up their intelligence and abandon their power to think and debate. They believe that God has written this in the Veda in this manner – and that is the ultimate truth. The others believe that in the Quran Sharif, God has written this – and that this is the only truth. These people have abandoned all powers of reasoning. If philosophy had no greater power than the personal opinion of an individual and no separate groups are formed due to a belief in a particular philosophy, what is there to complain about?

Now we come to the third thing – the rituals. On the day of Saraswati Pooja, it is necessary to take Goddess Saraswati’s idol in a procession and it is also necessary that a band be brought to play music before the idol. But en route there is a mosque on Harrison Road. Islam says that there should be no music in front of a mosque. Now what should be done? Civil rights decree that one can go through the market playing music, but religion says no. In one religion, cow sacrifice is prescribed and in the other, cow worship. What to do under the circumstances? If religion undergoes a change as soon as a bough of a peepal tree is cut, what should be done? And these minor differences in philosophy and rituals and customs later grow into a national religion and become the reason for the making of separate organizations. The result is before us to see. 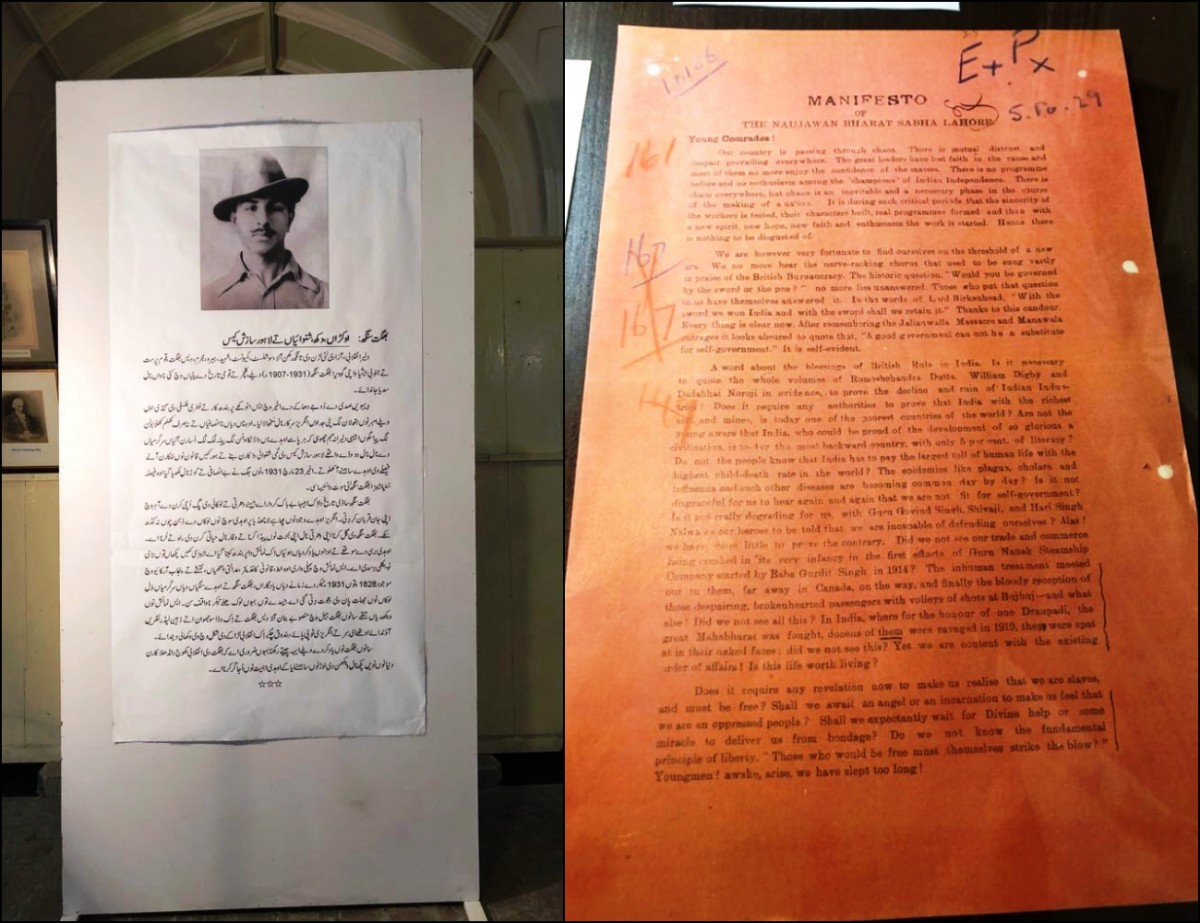 So if religion is to mix superstition with the above-written third and second thing, then there is no need for religion. Not tomorrow, rather it should be blown up today itself! If free thought can be mixed with the first and second then may such a religion flourish! But it is necessary to do away with factionalism and discrimination in the serving and sharing of food; words like untouchable will have to be uprooted entirely.

Till the time we let go of our narrow-mindedness and become one, true unity cannot be achieved. So only by following the above-mentioned things can we move towards freedom. Our freedom does not mean merely to escape the hold of the British; it means complete independence – when people will intermingle with each other freely and be rid of mental slavery as well.