From Syncretism to Sectarianism, a Troubled Journey Through Modern India

In Being the ‘Other’: The Muslim in India, Saeed Naqvi chronicles the events that have led to Muslims being identified as the ‘other’ in the country. 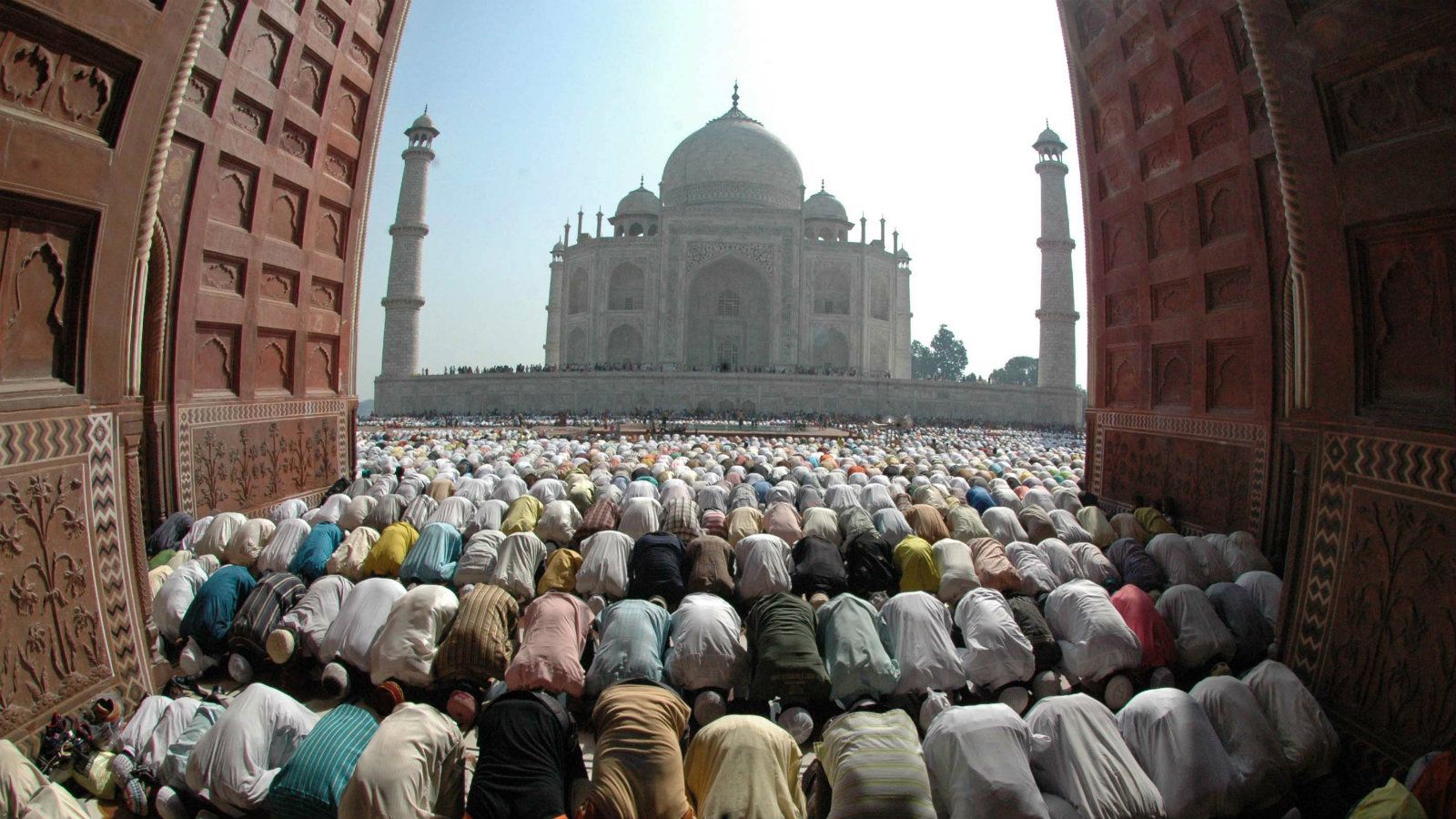 With the Uttar Pradesh legislative assembly elections scheduled for early 2017, Saeed Naqvi’s Being the Other: The Muslim in India is a timely book in several ways – especially since his family belongs to Lucknow. It is not an academic book, like the works of Christophe Jaffrelot. Instead, Naqvi, a senior journalist with a vast experience, addresses “growing disillusionment and disappointment” with the increasing communal polarisation in India. Naqvi chronicles this development first by filtering through his own life experiences and second, through observations of key events in the recent history of India.

Deeply distressed by the growing “Hindu-Muslim divide”, the author reminisces about bygone years of syncretism, which he, unfortunately, limits to the erstwhile princely state of Awadh that would go on to become the United Provinces and now present-day Uttar Pradesh. In an attempt to show his belief in the syncretic past, and a close affinity to the Hindu compatriot, the author falls into the politics of sectarianism.

The narrative of his early years in an elite Shia background is full of prejudices against the Sunni ‘other’. In eulogising the culturalties between Hindus and Muslims, particularly those belonging to Shia, he consciously distances the narrative from Sunnis. Dwelling on the point of Shia nawabs, the cultural capital that the Shia enjoyed and its influence on other religious communities in the state of Awadh, Naqvi writes,

“They [nawabs of Awadh] happened to be Shias. This explains why an overwhelming majority of the Awadh elite were Shia. A section of the elite, which may not have been Shia, came under Shia cultural influences. The Shia spell was not confined to Awadh alone. Contiguous cultural zones like those of Delhi were equally affected…”

Limiting the ‘elite’ to Shias in Awadh, Naqvi either forgets or consciously chooses to ignore the cultural exchanges that were a part of the political transition from the Mughals to the Nawabs of Awadh.

Jessica Hinchy, who has worked on the criminalisation of eunuchs under colonial rule in British India, writes, “Reflecting the origins of the Awadh state in the Mughal Empire, Mughal cultural symbols predominated in court rituals. Yet, unlike the Mughals, who were Sunni, the Nawabs were Shia.” If Shia culture in Awadh promoted syncretism, was it not the Mughal Empire, and its Sunni culture, that had made that possible? Saeed Naqvi
Being the Other: The Muslim in India
Aleph Book Company, 2016

Furthermore, much of the aristocracy of Awadh was also Sunni. The population was largely adherents to particular Vaishnavite forms of worship, something Shahid Amin has documented well. Also, the court of Awadh was largely backed and overseen by the British. Considering all these factors, it seems simplistic in the extreme to locate the roots of Awadhi syncretism in the Shia faith of the Nawab and some of the nobility alone.

Lamenting over the destruction of syncretism in Awadh, Naqvi writes, “With the decay of the feudal hierarchy, the lower middle class, always more religious in every society, gained upward mobility. It is around this class that religious groups like the Jama’at-e-Islami formed clusters. These clusters were 100% Sunni. No Shia was ever [a] member of Jama’at Ulema-e-Hind of Deoband, Tablighi Jama’at, Ahl-e-Hadith or what is known as Bareli group. The various militant groups – Lashkar-e-Taiba, Jaish-e-Mohammad, al Qaida, Taliban, Jama’at-ud-Dawa, Jabhat-ul-Nura – are Sunni without exception.”

He ends his argument with a compensatory line, “Sensible Sunnis will have their own take: Jihadis are not proper Muslims at all.” While speaking about this history of Sunni extremism, Naqvi conveniently forgets Shia extremist organisations like the Hezbollah in Lebanon and a number of other militant movements backed by Iran and Syria. Even the term “assassin” is rooted in Shia history. Reading this paean of praise for Shia syncretism is particularly difficult at the moment Bashar al Assad’s forces are completing their bloody capture of Aleppo.

Moving on, Naqvi then focusses on the demolition of the Babri Masjid in Ayodhya that led to the Muslim alienation. On this subject, Naqvi writes, “For Indian Muslims, their place in Indian society changed radically after the Bari Masjid demolition… After the demolition and subsequent riots, covert dislike of Muslims in this country has become a lot more open and frequent.” December 6, 1992, the day of the demolition, became a watershed moment for Muslims in India.

“Started as a brazen political project,” in the words of Naqvi, the demolition was a larger communal game plan executed by the Hindutva brigade but not without the brainchild of the ‘secular’ nationalist party, the Indian National Congress that “failed to read the signals building up to the demolition.” It is this “foundation of the Hindu Rashtra,” laid by the Congress and executed by the Hindu-right Bhartiya Janata Party, that still echoes in the corridors of power in India.”

There is a past and a present of the communal onslaught on the Muslim minority in India. While reporting the November 2012 riots on the eve of Muharram in Phoolpur Takia locality of Faizabad in UP, Naqvi discovered the deep role caste plays in riots. “The lower castes … Dalits – Valmikis, Khatiks, Nais, Mochs, Kumhars etc – were all mobilised as foot soldiers in these riots. For them, it was a new sense of power. For generations, they had never been on the same side as the police. This time, police officers actually gave them protection and support during riots,” writes Naqvi. The Muslims becoming the “common object of hate” added to the abject political and social situation of Muslims in modern India. The blatant saffronisation of the Hindutva brigade has, over the years, made common citizens “complicit in morally offensive steps.” Given this reality, the idea of a Muslim ‘other’ has expanded beyond the borders, making this ‘other’ vulnerable to suspicion in this ongoing ‘war on terror’ that was launched after the September 11 attacks in 2001 in the US by the then president George W. Bush.

Quite often this meant long years of incarceration of thousands of Muslims who would later be acquitted due to the flimsy nature of the evidence presented against them. This dismal situation of the lost years of the falsely implicated Muslim youth is both haunting and challenging. With every false terror charge, the agony among the Muslims in India has increased. Picking from a couplet of Firaq Gorakhpuri, one of the most renowned Urdu poets of 20th century India, Naqvi writes about “growing lonely in a crowded world.”

Naqvi, however, does not end on a note of despair. Instead, he pins his hopes on “young politicians, untainted by 1947 and its aftermath.” Remembering his partitioned relatives, living across the border in Pakistan, Naqvi ends with a poignant quartet, “The irony is that you never considered me your own; you only claimed me, until I was a stranger to everybody.” Set in the backdrop of communal politics, the book is an easy read on the making and unmaking of India – the Hindu brother and the Muslim ‘other.’

While Naqvi is not an authoritative voice on Indian Muslims, and his biases lead him to make broad, unfounded generalisations, his book is useful as an insight into the mind of a well-placed person growing up with the stories of syncretism that are later overwhelmed by sectarianism.