'Battling for India: A Citizen’s Reader', by Githa Hariharan and Salim Yusufji, examines the majoritarian forces suppressing dissent and spreading violence in India.

Shoppers crowd at a roadside market next to a handcart loaded with apples for sale in New Delhi. Credit: Reuters/Anindito Mukherjee/File Photo

Postcolonial India was largely democratic. In recent times, however, it has given way to a divisive society with religious sectarianism, conservative mindsets and politics of hatred. Although democracies thrive only in the presence of criticism and debate, today even faint voices of dissent are crushed and branded as ‘anti-national’.

Githa Hariharan and Salim Yusufji edited Battling for India: A Citizen’s Reader begins by outlining the difference between ‘battling India’ and ‘battling for India’. The former involves ‘coercion and plunder’; the latter endorses ‘diversity and secularism’.

In the introduction, the editors bind all citizens with one thread i.e. ‘Indian’, and then regulate their arguments about the possible threats are to this unified identity. Drawing its vision from Ambedkar’s democracy, the book reiterates that an Indian citizen’s political democracy (full rights to the nation) becomes null and void in the absence of social (discrimination on the basis of caste and age) and economic (freeing all Indians from poverty) democracy.

Also Read: Invoking Patriotism as a Way of Shutting Down Questions

Spread over six parts, the book comprises of sections like ‘Citizens Against all Odds’, ‘Facing down the Thought Police’ and ‘Reason versus Unreason’ to calibrate the voices and experiences of writers, artists, Adivasis, Dalits etc.

In the writers’ revolt, one of its kinds in the month of October 2015, numerous disgruntled writers including Uday Prakash, Nayantara Sahgal and Ashok Vajpeyi returning their Sahitya Akademi award to protest against the climate of growing intolerance and communalism.

Freedom is essential to democracy and therefore accusing rabid fundamentalists of destroying the composite cultural mosaic of India, the writers stated that if such practices are not terminated soon “they will turn this country into a graveyard of creativity. This will kill scientific temperament and literary and cultural renaissance, ultimately stalling the economic progress of this nation”. 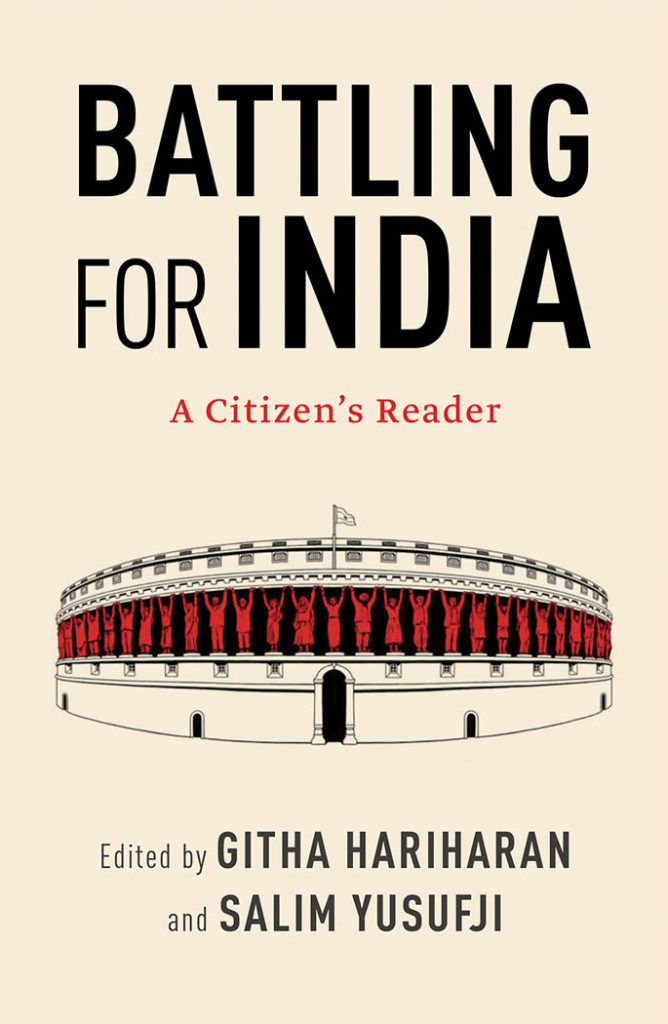 The writers condemned the murders of M.M. Kalburgi and Gauri Lankesh and stated that free speech was surely under threat. “More than three years later, this unprecedented season of dissent can be seen as a part of a larger canvas of other protests in the country, whether in university campuses or amongst Dalits, Adivasis, minorities, women, farmers and students.

It can also be seen as a beginning, or at the least, a powerful milestone – when the cultural and scientific community, regardless of class or caste, language or region, spoke up in the resounding chorus against the “unmaking of India”.

K. Satchidanandan’s tribute to M.M. Kalburgi, Pushpamala’s elegy on Gauri Lankesh and Githa Hariharan’s discussion of the virtual death of Perumal Murugan are reminders that citizens ought to speak, in the absence of which insaniyat will not only be compromised but also lost.

Indian society, with its desperate efforts of resistance, constantly needs a reminder that the revolution must be pervasive, relentless and forceful. In this context, “Why are Writers dangerous?” by Shanta Gokhale is an important essay, in the sense that it takes up the issue of PIL which was originally created ‘to help the powerless individual seek justice against the mighty State’ but of late has become a ‘way of gagging the writer and banning his or her work’.

Another article, extremely pertinent to our times, is Shashi Deshpande’s “Breaking the Silence” for silence is an ideal backdrop to an aggressive revolution. From the barbaric killings in the name of holy cows to Sabarimala and #MeToo, Deshpande categorically calls for breaking the silence as the beginning of a revolution.

Somak Roy deliberates upon the allegation of JNU being a threat to the nation. In the same line of thought, discrimination on the basis of caste is dealt with, discussing the death of Rohith Vemula, Muthukrishnan Jeevanandham, Senthil Kumar, Delta Meghwal, Manish Kumar Guddolian, Aniket Ambhore etc. truly imbibing the thought that “when equality is denied, everything is denied”.

Devoting considerable space to documenting the hatred against Muslims, the book includes Prabir Purakayastha’s “Gau Rasksha and the War against India’s Poor”, Sanjukta Basu’s “Violence against Minorities: The New Normal” and Harsh Mander’s “Blaming the Victims: The Case of the Alwar Lynching” to argue that though liberty and equality are considered to be a birthright in the India constitutional framework, in practice it is more of a gift, granted on account of whims and fancy.

The book traces socio-politically relevant issues like ‘social media’ that gained legitimacy after 2010, when trolling turned out to be a fatal technique to threaten people. Bindu Doddahatti’s “Censorship, Section 377 Ruling and the Rise in Right-Wing Assault” and Yogesh S’s “Transgender Bill: Denying Constitutional Rights to the Community?” interpret the ways in which the State machinery has the power to underpin regressive social morality even after laws have been amended.

Several articles criticise the governance of the Modi regime which had promised the eradication of black money and a booming economy but has only towards polarising the nation, politically and otherwise. Sardar Patel’s statue of unity, demonetisation, the Smart City sham, Swachh Bharat Mission and the very recent curious filtering of science through spirituality and religion raises several questions. One can’t help but wonder, is it that difficult to think along scientific and humanistic lines rather than inciting fanatic and religious sentiments?

Religion is absolutely essential for the development of humanity but fanaticism is hazardous to a country like India where democracy, pluralism and human rights, are swapped by enforced uniformity and criminalisation of those who do not conform.

Living in a society in which activists fighting for the rights of tribals and Dalits are labelled “Urban Naxals” and women like Rajkumari Bhuiya and Sukalo Gond from Sonbhadra experience harsh repercussions for protesting against projects and policies is reason enough to visualise the impending hollowness towards which we are rapidly moving.

Priyanka Tripathi is an assistant professor of English at the Indian Institute of Technology, Patna.