Anabel Loyd's 'Bahawalpur: The Kingdom that Vanished' weaves family lore and the princely state's history into the larger narrative of Pakistan's evolution before and since 1947. 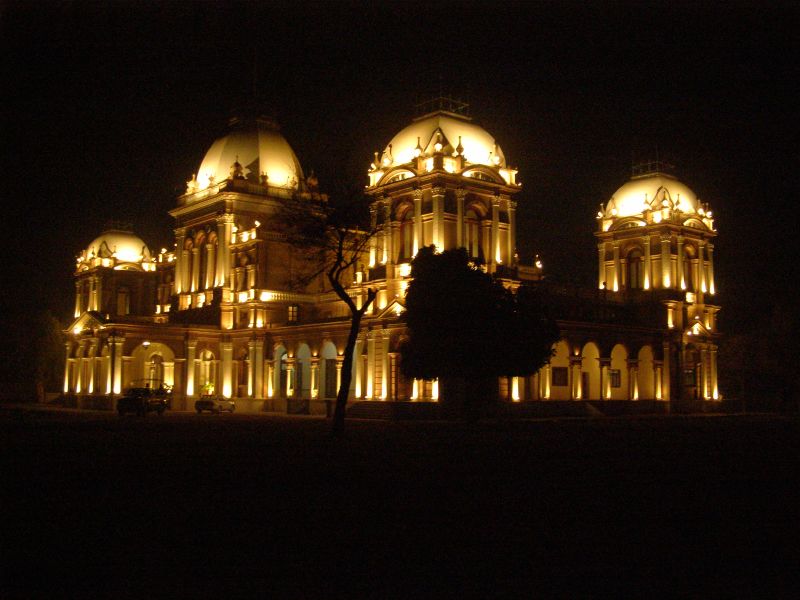 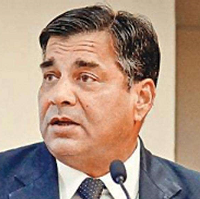 The former princely states of India evoke today an uneasy mix of incomprehension and nostalgia. A few have retained some traces of past status by leveraging the tourism and luxury potential of their palaces. Some of the princes have managed a transition to successful political careers. The vast majority of the 560-odd princely states that existed in 1947 have faded away. The abolition of privy purses in 1971 was the legislative milestone that both expedited that process as also crystallised the levelling inevitable in a democracy. To many this was no more than the necessary end of ‘feudalism’ and there was little public sympathy then for the Princely States – the sense of entitlement and luxurious lifestyle of even a few of them was enough to ensure that.

It was left to the great lawyer Nani Palkhivala to argue against the tide of public opinion and political expediency that supported the withdrawal of the symbolic and monetary privileges the Princes had hitherto enjoyed: Governments should not break promises the state had made and howsoever anachronistic princely privileges, such as they were, arose from solemn assurances that had been given. He argued, “If privy purses could be stopped by executive action, the most unsafe investment in the world would be the securities of the Indian Government.”

These dissenting voices were, however, rare and the extinction of the princes is now virtually complete. How momentous a change that is can be appreciated by looking at pre-August 1947 maps of India and seeing the vast spaces between the different provinces of British India. Pre-1947, roughly a quarter of undivided India’s population resided in a princely state and they covered some 40% of its land area.

Pakistan inherited, relative to its size, only a few princely states and for that reason perhaps, they have figured less in its political imagination in the first decades after 1947. Kalat, Bahawalpur, Swat and Khairpur were the most important and, in different ways, these too have faced a process of extinction. Easily the most spectacular end was the case of Kalat – whose accession to Pakistan was no less contentious but less commented on to that of Junagadh or Hyderabad in India. The Kalat accession fuelled an insurrection that continues to this day and the assassination of the Nawab of Bugti in 2005 was only one additional demonstration of how contentious accommodating feudal aspirations in a modernist but military dominated state can be. In any event, the example taken by India in abolishing privy purses was too compelling for Z.A. Bhutto to ignore and Pakistan followed with similar steps in 1972. 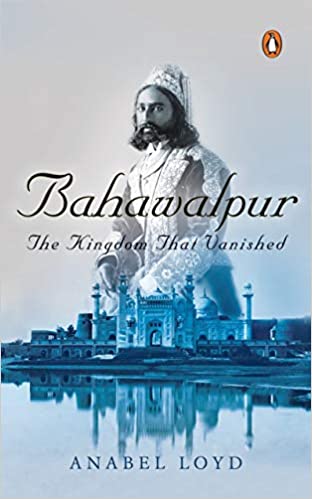 As the title of the book suggests – Bahawalpur: The Kingdom that Vanished – is an account of Bahawalpur and its princely family and their travails since 1947 in Pakistan. As princely states went, Bahawalpur was high on the pecking order pre-1947. Its rulers were entitled to a 17 gun salute like Jaipur and Bikaner.  Located as it was in Southern Punjab, Bahawalpur city would never have the cachet of Lahore and the former state itself could also not match the political heft of the central and northern portions of Punjab, which are also the recruitment grounds of the Pakistan army.

If this forms one axis of Bahawalpur’s angst, inevitable comparisons with its former peers just across the border in India such as Bikaner, Jaipur, Jodhpur in terms of becoming major tourist attractions forms another. The author thus notes, “…unlike its neighbours in tourist friendly Rajasthan, Bahawalpur had vanished from the map so far at least as foreigners were concerned, behind the borders of an unexplored and potentially perilous Pakistan”.

The book was, therefore, an act of discovery for the author and the final product is a readable account well animated by Bahawalpur’s local histories and also through conversations with Salahuddin Abbasi, the present Nawab of the erstwhile princely state. This gives to the book a particular orientation and perspective that while limiting, is not uninteresting in itself, as it enables family lore and the state’s history to be also woven into a larger narrative of Pakistan’s evolution before and since 1947. This also makes for a history dense with readable detail about the personalities of earlier Nawabs, their relations with British officials as also the inevitable details about their architectural extravagances and the pomp and pageantry associated with the Raj and its princes. Thus Pakistan’s roller coaster through Ayub Khan, Z.A. Bhutto, General Zia down to Asif Ali Zardari all figure, but substantially through Salahuddin Abbasi’s own prism. Inevitably, there is also some detail about royal eccentricities and snobberies. For instance: “After Ayub (Khan) had cleaned his nails in front of him on an occasion when both men were travelling to England, Sadiq Muhammad Khan (the then Nawab) refused to see the general for six months”

Also Read: A Glimpse of 19th Century Indian Elite Through the Lens of Raja Deen Dayal

Post-1947, the Bahawalpur family’s relations with the Government of Pakistan had more serious frictions than these. Firstly the resources made available to the Nawab would inevitably fall short of his aspirations and sense of entitlement. The Nawabs had from the early 20th century a passion for customized luxury cars but these were increasingly expensive hobbies as times changed and incomes shrank.

More seriously, Pakistan’s own travails – long periods of military dictatorship and the constant bloodletting between politicians and military, its security paranoia vis-à-vis India, its adventurism in Afghanistan – all added to Bahawalpur’s own woes and contributed to its being frozen in a time warp of sorts. A princely palace of the Bahawalpur Nawabs – the Noor Mahal – is a military officers mess and club.

Bahawalpur itself, like many places in South Punjab, is known as the breeding swamp for terrorists and militants. For most people today, Bahawalpur thus evokes the spectre of the Jaish-e-Muhammad, which has its headquarters near the city. Bahawalpur is also the centre of the incipient cultural and political assertion of an older but much weakened regional identity expressed occasionally in linguistic terms with demands for the Seraiki language to be recognised and also for a separate Seraikistan through the splitting of the Punjab province. Whether this will ever happen will depend of course on Pakistan’s internal dynamics, but if and when it does, the process may well reveal how the ghost of the former princely state lingers on.

Given that this narrative is often viewed from the perspective of Nawab Salahuddin Abbasi, there is inevitably also a fair share of conspiracy theory. Thus “Salahuddin’s view is that (Pakistan’s first prime minister) Liaquat (Ali Khan), although he took enormous care to appoint ministers who were not seen to have residual familial ties to India, was an Indian agent”! Yet more than all this, this is a story of decline and decay as the country split and the military consolidated: “Between President Ayub Khan and President Asif Zardari, a lot of the hopes of the people of Pakistan as well as the lifeblood of the former state of Bahawalpur had drained away”. 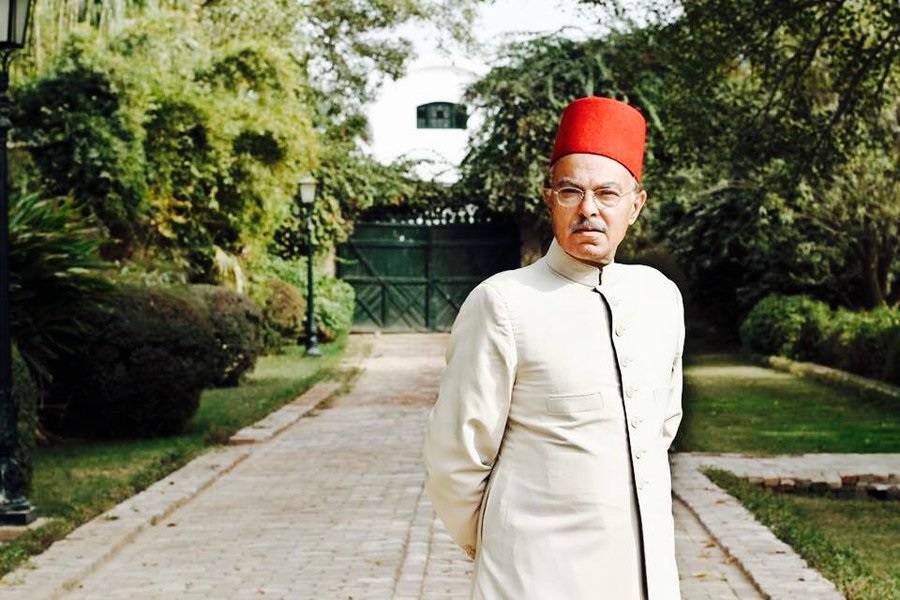 Readers will find the detail in the book engrossing and the book as a whole a useful comment on how Pakistan’s own ‘princely’ history has vanished in its larger history of military misrule, political disarray and militancy.

That it could not be leveraged into a more modern context raises questions, however, not just about Pakistan but also for us in India where, despite notable exceptions, many remnants of the architectural glories of princely India are also decaying away.

In India, the failure seems all the greater since we do not have the burden of the numerous self goals Pakistan has inflicted on itself and also the successful examples and business models of how princely heritage can be transformed into a common good through its tourism potential.

Bahawalpur: The Kingdom that Vanished evokes the fabled pomp and circumstance of its princes and equally their long twilight in the glare of a new and harsh environment they were not equipped to deal with.

T.C.A. Raghavan is a former Indian high commissioner to Pakistan. His latest book is History Men: Jadunath Sarkar, G S Sardesai, Raghubir Sinh and their Quest for India’s Past (HarperCollins, 2020).