Last Throw of the Dice: The Battle of Kohima

Arthur Swinson's Kohima: The Story of the Greatest Battle Ever Fought is a soldier's personalised account of an excruciating and merciless battle. 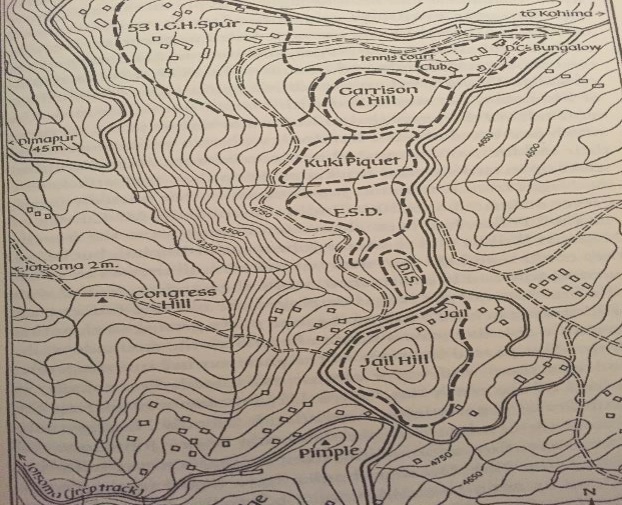 Who among a general readership can claim knowledge of the theatre of the “greatest battle ever fought”, much less knowledge of the battle itself, within the genocidal ambit of the Second World War? Just before the campaign to recapture Burma from the Japanese was undertaken through Arakan by the Allied armies (the British army, the Indian army and elements of the US army in 1944), the commander of this theatre, Lord Mountbatten, said to his soldiers, “You lads must be wondering what they think of us back home. Let me tell you, they don’t know that we exist. However, we will make them see us in a new light.”

Written in 1966, Arthur Swinson’s account of the Japanese assault on the town of Kohima in Nagaland attempts to illumine this little-known confrontation from a personal point of view. Swinson was a staff captain in the 5th brigade at Kohima and was involved in the fighting. His intimate perspective is apparent in his emotional description of the deep bond with his comrades in the life-or-death situation in one of the most famous small, and intense, engagements of the Second World War: the Battle of the Tennis Court. This battle was fought exclusively on the lawns of the tennis courts of the district commissioner’s bungalow. Hundreds died assaulting and defending the small patch of ground. This emotional subtext is what distinguishes Swinson’s narrative from later accounts of the battle, for instance Fergan Keane’s Road of Bones (William Collins, 2013) and John Keegan’s Second World War (Penguin Books, 2005). Bypassing military strategy and the complexities of colonial politics, Swinson’s analysis dwells almost entirely on the battle for Kohima itself. It was fought for three excruciating, merciless months (April 4 to June 22, 1944) with incredible valour on both sides. Kohima was a last-ditch, intense defence like El-Alamein and involved desperate hand-to-hand combat in the manner of Stalingrad. And just as the North African heat and the Russian winter affected the war on those two fronts, nature influenced the outcome at Kohima – the armies had to cope with tropical conditions that included leeches, snakes, an impenetrable bamboo jungle and torrential rain, to which the European soldiers were unaccustomed.

The terrain did not lend itself to armour formations, so most of the fighting was at platoon level and each individual tank had its own crises. The West Kent tank regiment that finally ensured victory reached the site after days of grinding forward against a steady Japanese artillery barrage. Taking position at one end of the tennis court, the tanks fired point-blank at Japanese positions, while the Japanese infantry attacked in ferocious waves every thirty minutes, oblivious to the hundreds of bodies mowed down each time. Perhaps the closest parallel to this mode of relentless, ruthless fighting in Kohima was the struggle of American troops trapped on the Elsenborn Ridge in the Ardennes during the Battle of the Bulge in December 1944-January 1945, the last major German offensive campaign of the war.

Kohima was the last defensible redoubt before the supply depots of Dimapur and the Assam valley. A successful Japanese breakthrough here would have exposed the flanks of the Indian XV Corps attacking Arakan and thrown the Allies back on the defensive in the Burma campaign. The added impact of cutting off Generalissimo Chiang Kai Shek’s supply line would have made it all the easier for the Japanese to reach an accommodation with Mao’s Communists and maintain some control in the hinterlands of China.

A major problem for the Japanese was a complete lack supplies for the entire duration of the fighting. Swinson takes pains to point out that if the Japanese supply line had been secure, the battle would most definitely have taken a different turn. The general mood in the Japanese armed forces was on “miraculous turning points” (the Japanese were losing everywhere in the Pacific and desperately in need of miracles by this time) and Lieutenant General Renya Mutaguchi, commander of the Japanese 15th Army, was convinced that through taking Kohima he could begin savaging the soft underbelly of the British Empire and thus bring some glory to the much tattered Japanese arms.

Swinson does not emphasise the sharp differences between the Allied armies and their respective main objectives. For example, the Americans were not very interested in re-taking Burma for the British because of their general animus towards European empires. Neither does he delineate the morale of the ‘native’ soldiers (except that they were jolly good fighting chaps). There is little mention of the Indian National Army led by Subhash Chandra Bose, who had wanted his troops placed at the front of the Japanese advance and part of the attacking force in Kohima.

It is intriguing that none of the imperialists on any side considered the possibility that Indians would offer a tough and sustained resistance to any invasion. Bose was an exemplar of the uber-nationalists found in every generation of Indian leaders, whose ideologies appropriate every available public instrument. However, complete opposition to Nazism and abhorrence for Japanese militarism (Indian nationalists were keenly aware of Japanese aggression in northern China) had already pervaded the subcontinent. This is why Bose and his methods did not find support even in his home state of Bengal.

Needless to say, the world did eventually hear about this theatre from those who survived it and to its core this book is a soldier’s story. Swinson’s description of the ground commanders, the line officers and non-commissioned officers is well-formed. You get to observe and almost feel the pulse of battle from their point of view. His description of the tough and ugly terrain, mauled by the fighting, is also not for the squeamish to read.

There are times that the narrative is so splintered and confused that it can only be visualised properly with the help of a map. There are only a few of these and the units and movements are not always clearly marked. Despite this flaw, lay readers like this reviewer will doubtless be gripped by the particulars of the fighting, the accumulating personal details that continue for chapter after chapter.

Ateeq Ahmad is senior vice president, product and marketing analytics at ProProfs.com, and maintains a blog MammalsRUs. His grandfather served as a major in the Royal Medical Corps on the Burma front from 1940-45, during World War II.