Arjun Raj Gaind has skilfully combined historical and detective fiction in his A Very Pukka Murder. 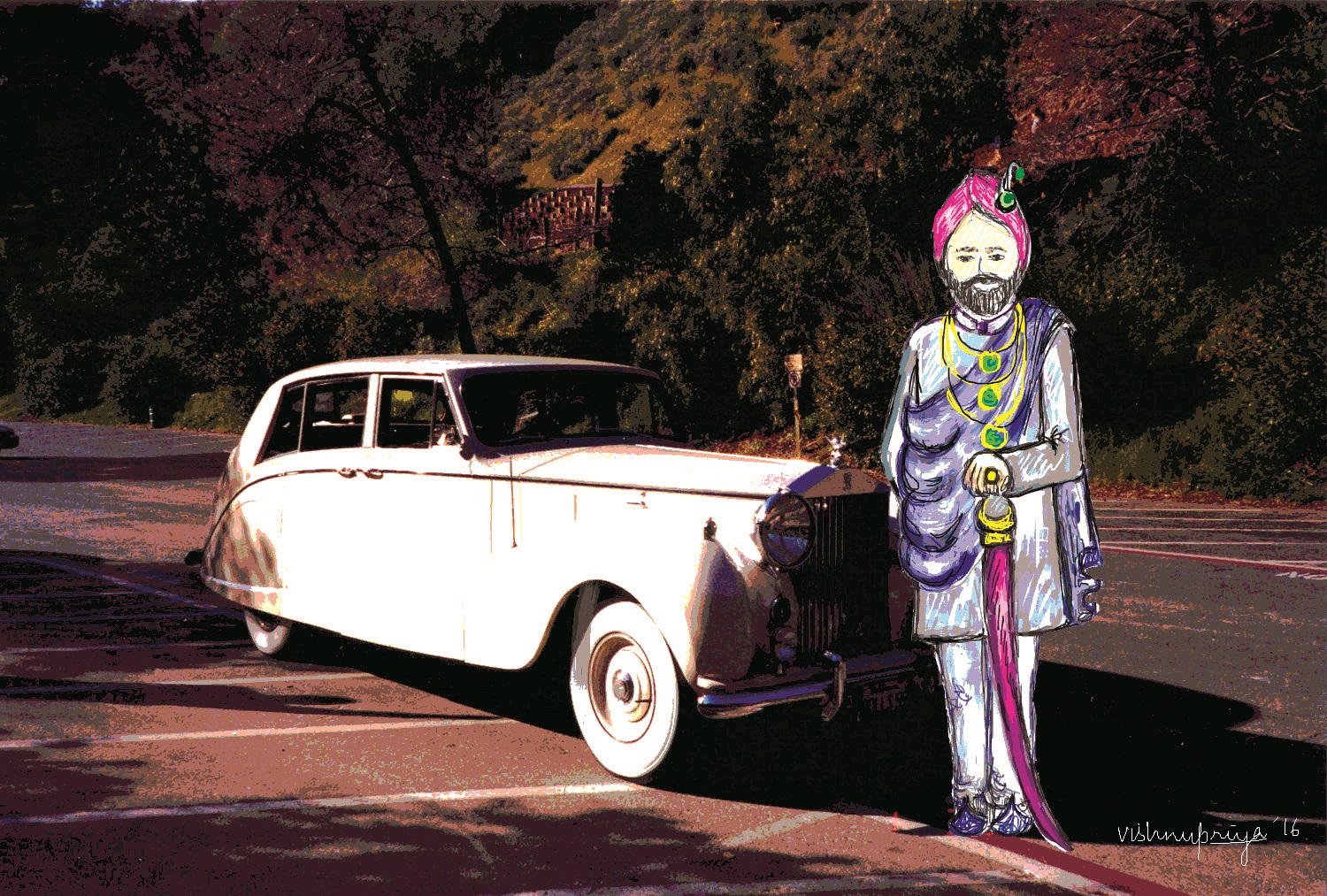 Sikander Singh is the maharaja of Rajpore, a small princely state somewhere in the North West Frontier Province of the British Raj. Sikander, clad regally in fine silks, is also a detective. And while that may the very unbecoming for a maharaja, notions of propriety do not stop Sikander from chasing mysteries. He is accompanied by the burly Charan Singh when the British Resident of Rajpore is found murdered in his bed.

A Very Pukka Murder begins Arjun Raj Gaind’s Maharaja Mysteries. Released in November, the book ambitiously chronicles the tale of an indigenous and historically remote detective. Gaind writes with easy humour and a gripping plot, making the exercise of reading quite enjoyable. Especially to be commended is his attempt at weaving together the two genres of detective fiction and historical fiction.

The Wire interviewed Gaind about A Very Pukka Murder.

What made you think of a maharaja as a detective?

I have always found it lamentable that other than Feluda and Byomkesh Bakshi, there are few truly distinctive Indian detectives. I wanted to create a memorable character to fill that void, but since my true passion is history, I decided to write a historical mystery rather than a contemporary one. Also, being part Sikh, I have a keen interest in the history of Punjab, especially during the princely era. In many ways, I did not really create Sikander. He came to me like an epiphany, that rare instance of a perfect character crystallising out of nothing. I was reading ‘Passion India’ by Javier Moro, which chronicles the romance between the Maharaja of Kapurthala and a Spanish flamenco dancer named Anita Delgado, and I found myself thinking, ‘Wouldn’t it be fun if there was a Maharaja who was a detective, like a cross between James Bond and Sherlock Holmes, who traveled around the world solving complicated cases?” Lo and behold, Sikander was born. In terms of the history, you’ve really done your research, detailing several small things. What sources did you use?

Personally, I prefer primary sources over secondary ones. I spent a lot of time reading old newspapers and periodicals, and tried to gather as much information as I could about the era the book is set in, just so that I could get the voice and zeitgeist of the time correct. Actually, I went a little mad doing research. Every little detail became all important to get right, since I have rather an obsessive personality. I spent a month researching which haberdashers Sikander, as a Maharaja, would have patronised, and about two weeks trying to discover which brand of tobacco was used in the early 1900’s in British India. The final book is very different from my first draft, which was over 500 pages long, and very nearly gave my agent, Kanishka Gupta, a nervous breakdown. I actually had to remove almost 300 pages, mainly research to make the book more accessible. Needless to say, every page that I had to cut hurt, but I think in the end it was worth it.

Do you think you gave in to an orientalist gaze in designing the character of Raja Charan Singh and some others?

I think when you are writing about the British Raj, a certain degree of romanticism is inevitable, if not expected. That is what the West has come to expect of colonial India, especially princely India, elephants, nautch girls and exotic palaces. In this case though, I wanted to try and reverse the gaze. There are far too few narratives of the Raj that cast an Indian in a dominant role. Almost always, Indians are assigned the roles of subservients, not unlike Gunga Din, as stereotypical foils for the white man’s burden. It gave me immense pleasure to try and subvert this tradition. Sikander does not just represent the Indian perspective of the Raj, but he is able to do so as an equal, not an inferior, and I think that gives us an exciting new insight into the era. It is not about patriotism, but rather about role reversal, to try and see British India as an upper class, educated Indian would have, and to thus illustrate its inherent racism
and inequality. Characters like Gurung Bahadur the Gurkha, the Marwari Munshi and Charan Singh the Sikh – they don’t really stray from the scripted character their community has had. The martial characteristics and valour that both Bahadur and Singh have, and the Munshi’s avarice – they all conform to stereotypes.
I think we sometimes forget that stereotypes are almost always derived from reality. While the Gurkha, the Sikh and the Munshi are certainly archetypal, as in they reflect the qualities their communities are identified with today, i think we must remember that traditionally, these are values that certain communities aspired to. Since this is a historical novel, let us not forget that a hundred and some years ago, Sikhs genuinely believed in honour and duty, and Gurkhas worshipped the notion of personal valour. This may seem stereotypical in today’s world, where we are quick to analyse, but historically, I think there is plenty of evidence to support their characterisation.

Would you say that you have been very hard on the British? The angrez characters were mostly comically ludicrous or detestably deplorable, I thought.

I don’t necessarily agree. In some cases, the British may come across as rather effete, but you have to remember that we are seeing them through the prism of Sikander’s eyes, and he is a naturally disdainful, superior sort. Frankly, i think if one was to do an in-depth reading of some of the primary sources that are extant from the Raj, we would see how most British attitudes were almost laughable in retrospect. For example, take the Vade Mecum issued to British Griffins newly arrived in India, where young officers are told to only drink arrack because Indian water is dangerous and to beware large headed Indians because they are not as evolved as Caucasians. I have tried to stay true to characterisations I came across during my research. I have based the Superintendent for example on Reginald Dyer, the man who carried out the Amritsar massacre, who once famously said that ‘Indians cannot be trusted to tie their own shoelaces.’ Take the example of the magistrate Lowry, who is based in part on a real person named Andrew Pellingham, who is described as ‘a pusillanimous creature given to mooning over fair skinned boys” whose career came to a premature end when he was ‘outed’ in Madras and later committed suicide. He receives a one-line mention in the Imperial Gazetteer, but I thought it would be intriguing to build an entire character around him.

A Very Pukka Murder doesn’t pass the Bechdel test. The female characters have little agency in turning the plot. Even the murderess has a somewhat passive role, a victim, and gives up too easily in the end. And the stereotype of women using poison also proves true.

Once again, I think we have to remember that this is a historical novel. India, especially India at the turn of the twentieth century, was a male-dominated society, rife with misogyny and gender bias. I have tried to be true to the time the book is set in. I disagree about the female characters being passive. I think they are very strong in their own way. Take Helene, who is brave enough to try and forge her own way in 1909. About the Bechdel test, I think it is a very Western and somewhat sweeping tautology. Take the example of The Name of the Rose but Umberto Eco, a magnificent historical mystery which fails the test miserably for it has exactly one female character. However, it is set in a monastery, which makes it difficult for the author to comply with the notion of two women conversing about something other than men. Frankly, as long as my work is entertaining and enjoyable to the reader, I think my job is done, even if may occasionally offend Ms Bechdel’s sensibilities.