Alberuni's readings of a large number of Hindu religious, philosophical and astronomical texts led him to make observations on society that hold even today. 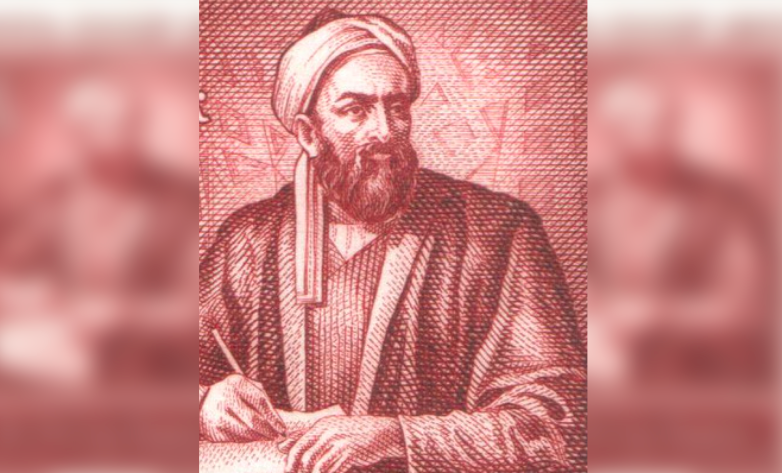 An excerpt from Indians: A Brief History of a Civilization by Namit Arora.

Central to ‘the Hindu world of thought’, writes Alberuni, ‘is that which the Brahmins think and believe, for they are specially trained for preserving and maintaining their religion. And this it is which we shall explain, viz. the belief of the Brahmins’. This declaration makes it clear which section of Indian society – and its ideas, beliefs and values – is the one Alberuni mostly describes in India (i.e., Alberuni’s India, 1030 CE, translated by Edward C. Sachau).

‘The Hindus have numerous books about all the branches of science,’ he writes. They ‘have books about the jurisprudence of their religion, on theosophy, on ascetics, on the process of becoming god and seeking liberation from the world’, on various schools of thought like Samkhya, Mimamsa, Nyaya, Yoga, Lokayata and many more. He feels overwhelmed at first, ‘How could anybody know the titles of all of them, more especially if he is not a Hindu, but a foreigner?’

But Alberuni rolls up his sleeves and dives right in. ‘I do not spare either trouble or money in collecting Sanskrit books… and in procuring for myself, even from very remote places, Hindu scholars who understand them and are able to teach me.’ He learns Sanskrit, finding it a difficult language due to its range and complexity, much like Arabic. He observes that the Hindus of north India speak Sanskrit in two registers, a ‘vernacular one… and a classical one’. He feels lucky to be able to undertake all this learning so freely, and thanks God for the opportunity. 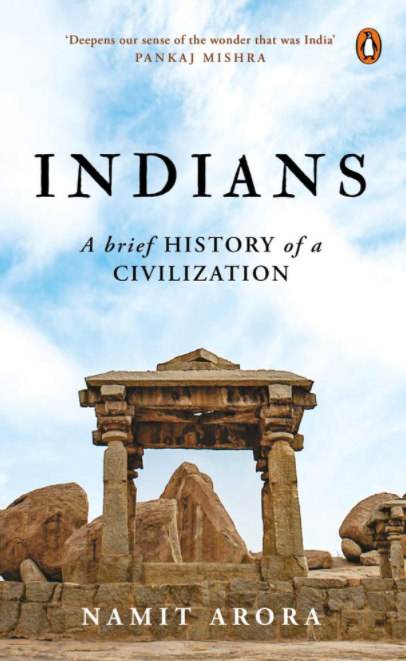 Namit Arora’s ‘Indians: A Brief History of a Civilization’

Over thirteen years, Alberuni reads a large number of Hindu religious, philosophical and astronomical texts. Much of India consists of his expositions of Brahminical texts and practices. He highlights choice parts from the Gita, the Upanishads, Patanjali, Puranas, the four Vedas and scientific texts by Aryabhata, Brahmagupta, Varahamihira and others. He relates stories from the two epics and other mythologies. He presents the Hindu science of grammar and metrical composition. He describes their social customs and hierarchies. He also compares Hindu thought to the Greek thought of Socrates, Pythagoras, Plato, Aristotle, Galen and others, and at times with Sufi teaching.

‘The Hindus use the numeral signs in arithmetic in the same way as we do,’ he writes (a couple hundred years earlier, zero and the decimal system had been adopted by the Muslim world, and were then transmitted to Europe as Arabic numerals). ‘I have composed a treatise showing how far, possibly, the Hindus are ahead of us in this subject.’ He also translated two books into Arabic ‘one about the origines and a description of all created beings, called Samkhya, and another about the emancipation of the soul from the fetters of the body, called Patanjali’.

After this deep immersion in Brahminical texts and society, Alberuni begins India with several general remarks about the Hindus and their society. He explains that just as the ‘confession, “There is no god but God, Muḥammad is his prophet”, is the shibboleth of Islam, the Trinity that of Christianity, and the institute of the Sabbath that of Judaism, so metempsychosis [reincarnation] is the shibboleth of the Hindu religion. Therefore, he who does not believe in it does not belong to them, and is not reckoned as one of them’.

Muslim and Hindu religions are poles apart, he writes. But while Hindus argue internally, they never physically fight over theological disputes. Instead, ‘their fanaticism is directed against . . . all foreigners. They call them mleccha, i.e., impure, and forbid having any connection with them [via a] relationship, or by sitting, eating, and drinking with them, because thereby, they think, they would be polluted’. This, he thinks, ‘constitutes the widest gulf between us and them’.

Alberuni gives the Hindus a wide berth as he considers that ‘the repugnance of the Hindus against foreigners increased’ after ‘the Muslims began to make inroads into their country’. But this isn’t the only reason for the barriers he senses between the Muslims and the Hindus. The barriers are also caused by other ‘peculiarities of their national character, deeply rooted in them, but manifest to everybody’. Mentioning them, he feels, ‘sounds like a satire’. For instance:

“The Hindus believe that there is no country but theirs, no nation like theirs, no kings like theirs, no religion like theirs, no science like theirs. They are haughty, foolishly vain, self-conceited, and stolid. They are by nature niggardly in communicating that which they know, and they take the greatest possible care to withhold it from men of another caste among their own people, still much more, of course, from any foreigner.”

Also read: In the Memoir of One Young Woman, The Story of Indian Racism

Alberuni had, however, begun humbly. ‘At first I stood to their astronomers in the relation of a pupil to his master,’ he writes. But soon, ‘I began to show them the elements on which this science rests, to point out to them some rules of logical deduction and the scientific methods of all mathematics, and then they flocked together round me from all parts, wondering, and most eager to learn from me, asking me at the same time from what Hindu master I had learnt those things.’ This really got his goat, and seemed to him illustrative of a broader attitude among the Hindus:

“According to their belief … no created beings besides them have any knowledge or science whatsoever. Their haughtiness is such that, if you tell them of any science or scholar in Khorasan and Persis, they will think you to be both an ignoramus and a liar. If they traveled and mixed with other nations, they would soon change their mind, for their ancestors were not as narrow-minded as the present generation is.” 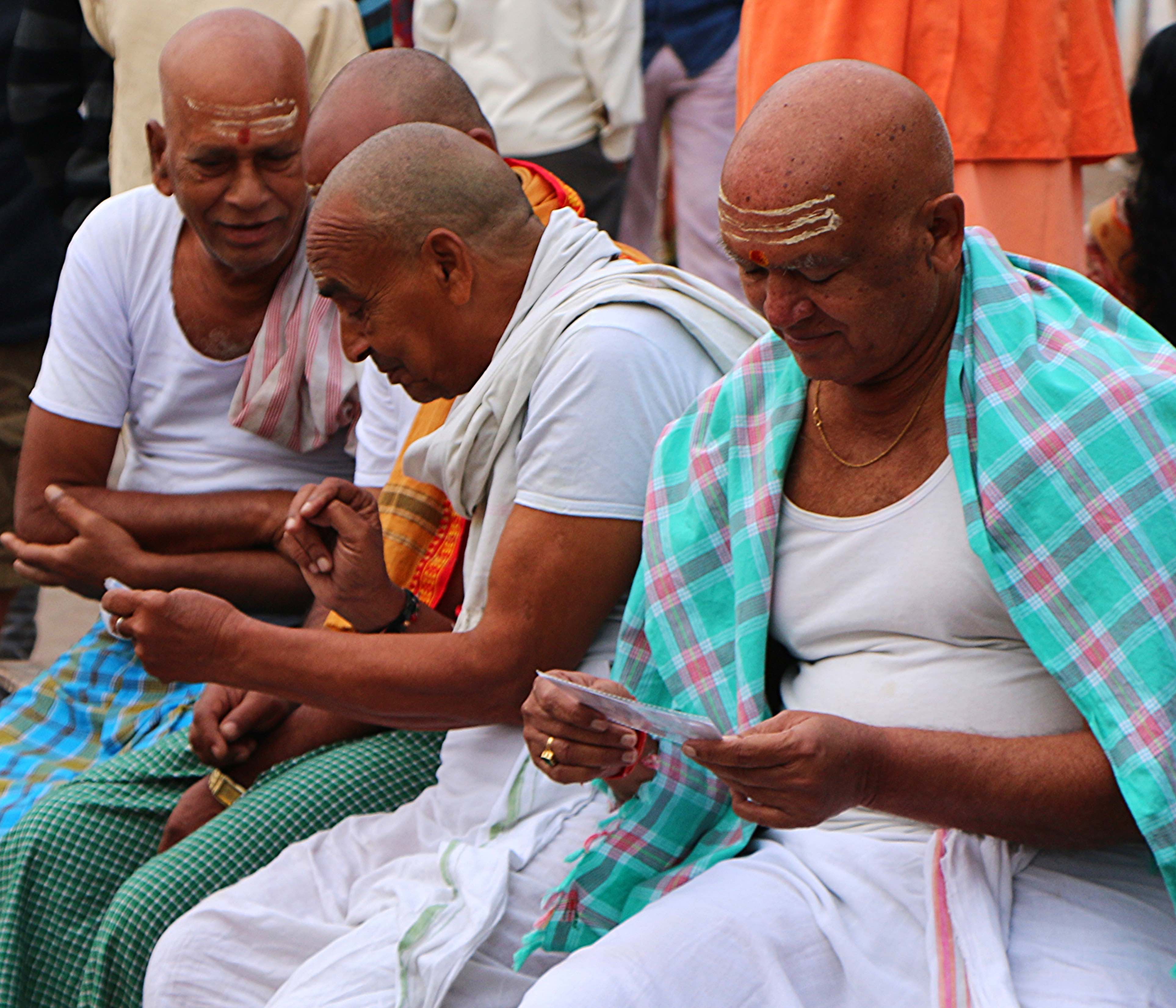 Such ‘is the state of things in India’, he laments, that Brahmins attempt to combine ideas of purity with the pursuit of science. ‘I showed them what they were worth,’ he huffs, ‘and thought myself a great deal superior to them.’ They’re ‘devoid of training in astronomy, and have no correct astronomical notions. In consequence, they believe that the earth is at rest’ (Aryabhata, 500 years earlier, had argued that the earth rotates on its axis daily, a view that had travelled west and had been embraced by Muslim astronomers; smart global opinion posited a spherical earth rotating on its axis in a geocentric universe; however, most Indian astronomers after Aryabhata, including Varahamihira and Brahmagupta, had rejected this theory, and so Indian astronomy had regressed on this major issue). Alberuni translated for them the books of Euclid and Ptolemy’s Almagest into Sanskrit, and explained how to construct an astrolabe to understand the rotation of the earth. In doing this, he says disarmingly, he was guided only ‘by the desire of spreading science’. (Modern scholars too have noted ‘the smugly insular stance of Sanskrit scientific literature which, refusing to recognise the authority of non-Indian science, remained for centuries willfully ignorant of its competitors’. This changed after Persian culture and language began spreading in India.)

‘The Brahmins recite the Veda without understanding its meaning,’ writes Alberuni. ‘Only few of them learn its explanation, and still less is the number of those who master [it well enough] to hold a theological disputation.’ They don’t ‘allow the Veda to be committed to writing’ because it must be ‘recited according to certain modulations’. They teach it to the Kshatriyas, but the Vaishyas, Shudras and the outcastes ‘are not allowed to hear it, much less to pronounce and recite it. If such a thing can be proved against one of them, the Brahmins drag him before the magistrate, and he is punished by having his tongue cut off’. The Brahmins maintain that ‘certain passages in the Veda… must not be recited within dwellings, since they fear that they would cause an abortion both to women and the cattle. Therefore, they step out into the open field to recite them. There is hardly a single verse free from such and similar minatory injunctions’, writes Alberuni, before providing an overview of each of the four Vedas and how they are recited. The Samaveda, for instance, ‘treats of the sacrifices, commandments, and prohibitions. It is recited in a tone like a chant, and hence its name is derived, because sâman means the sweetness of recitation’. He goes on to explain the ‘cause of this kind of recital’ by relating a mythological story behind it.

The four-fold varna system made a deep impression on Alberuni. He notes that members of each varna are forbidden to dine with members of other varnas. Below them are ‘people called Antyaja, who render various kinds of services’ and live outside the towns and villages of the four varnas. Then there are people called Hadi, Doma, Chandala and Badhatau, who ‘are not reckoned amongst any caste [and] are occupied with dirty work, like the cleansing of the villages and other services… In fact, they are considered like illegitimate children; for according to general opinion they descend from a Shudra father and a Brahmin mother as the children of fornication; therefore, they are degraded outcasts’.

Alberuni quotes Krishna from the Bhagavad Gita as affirming this varna order: ‘If anybody wants to quit the works and duties of his caste and adopt those of another caste, even if it would bring a certain honour to the latter, it is a sin, because it is a transgression of the rule.’ Alberuni despises social institutions that cannot ‘be broken through by the special merits of any individual’, and yet such institutions, he says, abound among the Hindus. ‘We Muslims,’ he writes, ‘of course, stand entirely on the other side of the question, considering all men as equal, except in piety; and this is the greatest obstacle which prevents any approach or understanding between Hindus and Muslims.’

Namit Arora is the author of Indians: A Brief History of a Civilization, The Lottery of Birth: On Inherited Social Inequalities, and the novel Love and Loathing in Silicon Valley. For more, visit shunya.net.