Petroleum is a shadowy presence in the novel about drastic and cruel changes in early Saudi Arabian society. 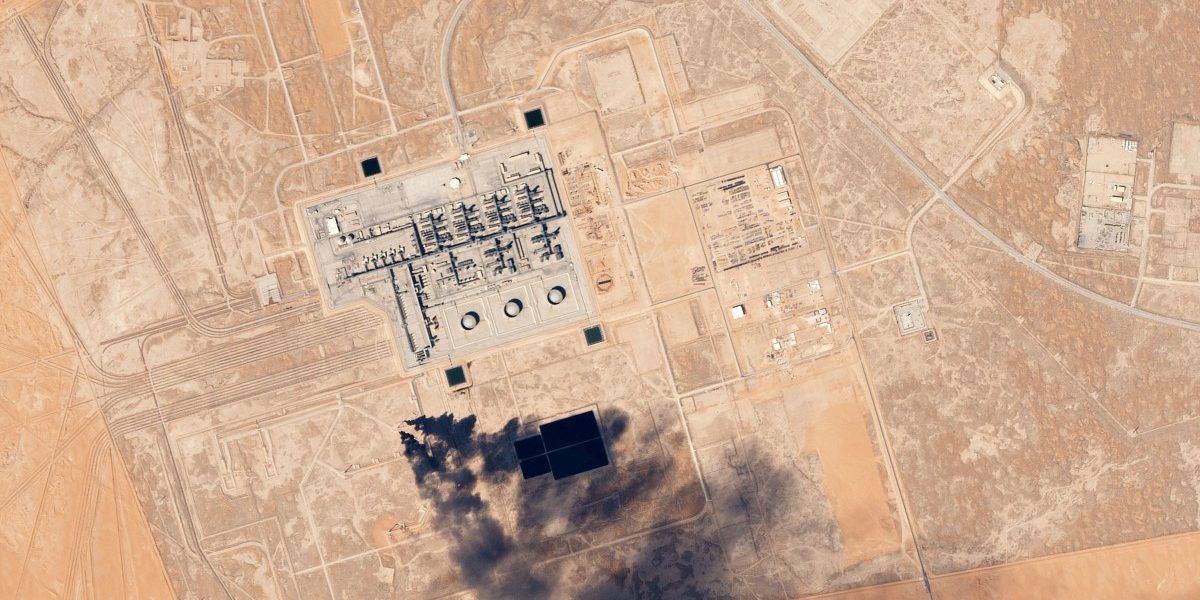 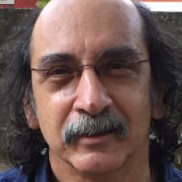 The Syrian philosopher Sadiq Jalal al-Azm once pointed out that compared to Salman Rushdie’s Western defenders, it was the Arab world that “produced the strongest and most vocal defence of Rushdie on the part of intellectuals”. That was not just a progressive stance; given the context in which it had to be taken, it was a subversive one as well. I’ve referred to this recently as a tradition of “subversive intellectualism” and described it as the true backbone of Arab cultural modernity.

No writer embodies this subversive intellectualism more incisively than Abdelrahman Munif, the great Arab novelist who was born in Amman to a Saudi father (a trader) and Iraqi mother, growing up there but eventually forced into exile for long periods of his life, having been stripped of his Saudi nationality as early as 1963. Like the novels of his Lebanese counterpart Elias Khoury, Munif’s writings are saturated with his commitment to the vision of an Arab world freed from what he once described as the “trilogy of oil, political Islam and dictatorship”. If Khoury is the more experimental of the two, Munif’s modernism was always tempered by a need to aim for “representations of reality that were readily intelligible to Arab reading publics, not least his Saudi compatriots” (Sabry Hafez). It was also, remarkably for a novelist, grounded in a thorough grasp of the history of the entire region. But it’s worth coupling them in this way not only because they both wrote some of their best work in the late ’70s and ’80s, but because they were concise expressions of the general mood that permeated Arabic literature throughout the latter part of the 20th century.

This was a mood partly shaped by Sartre’s existentialism and his idea of writing as “commitment” (iltizam in Arabic). One has only to scan the titles of some of the novels of this period to sense the modernist sensibilities that permeated much of the Arabic fiction of this period: Walid Ikhlasi, Shita al-bahr al-yabis (Winter of the Dry Sea, 1965); Sonallah Ibrahim, Tilka al-ra’iha (That Smell, 1966); Nawal El Saadawi, Mawt al-rajul al-wahid ‛ala’l-ard (Death of the Only Man on Earth, 1974); Jabra Ibrahim Jabra/Abdelrahman Munif, ‛Alam bila khara’it (A World Without Maps, 1982); Sahar Khalifah, Mudhakkirat imra’ah ghayr waqiyyah (Memoirs of an Unrealistic Woman, 1986); and so on. In particular, Jabra himself, while he noted the enormous influence T.S. Eliot had on Arabic poetry in the ’50s, observed that at a more general level it was Sartre and Camus who “took Arab intellectual life by storm” in those years.

Also read: There Is More Migration Now Than at Any Other Time in History: Perumal Murugan

When Munif turned to writing in the early ’70s, he came, unusually for most Arab writers, with a decade’s experience of work in the Syrian oil ministry. He had studied law in Baghdad in 1952, done a doctorate in the economics of oil from Belgrade University, worked in Syria for much of the 1960s, and published a book on the future of Iraq’s oil industry by 1972. Even after writing his first two novels, both on the harrowing themes of political torture and imprisonment, he was employed in the leading economic ministry in Iraq, the Office of Economic Affairs, from 1975 to 1981. He left Baghdad in 1981, persuaded by Jabra to “abandon active political life and devote himself entirely to literature”. Saddam was now firmly in power, and Sabry Hafez who knew Munif well reports that he “told friends that the Iraqi regime was now little better than the Saudi”. 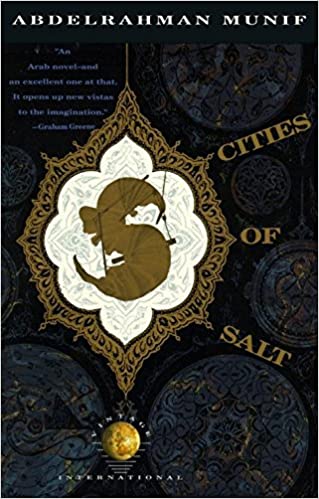 In Paris he worked on a set of five novels which, taken together, “took seven years to write, and at two thousand five hundred pages is the longest novel in modern Arabic literature”, says Hafez. Cities of Salt has been described as the “greatest oil novel” written after World War II, and it’s worth noting that by the time he came to writing it, Munif’s practical experience was simply unrivalled.

His name for the five novels as a whole was Cities of Salt (Mudun al-milh). Today this title is usually (and of course wrongly) used for the powerful first novel of the quintet, which deals with the ravages caused by petro-capitalism to the lives of Saudi’s indigenous Bedouin communities. What is interesting is that Munif’s own title for the first novel was al-Tih. Literally this would simply mean “wilderness”, but like Eliot’s Wasteland, what Munif was driving at is that in the Saudi kingdom, indeed in the whole of the Middle East, given the form it took, the alliances it struck and the devastation it caused, capitalism engendered a wasteland. The first of the five novels built a powerful image of the way the entry of American oilmen brought this about, while the other four dealt with events spanning the entire period of Saudi history from 1891 to 1975, following a twisted chronology that moves back and forth between the intrigues and power struggles that dominated the creation of the modern Saudi state.

Although Munif’s epic was entirely about oil, “[n]o reader of Cities of Salt…would have the slightest hint the author had studied oil economics…Never once do you see oil, though it flows invisibly through every page. It is scarcely mentioned in the first hundred pages of Cities of Salt” (Peter Theroux, who translated the first three books into English). Interestingly, the same invisibility of oil features in La via del petrolio, the black and white documentary that Bertolucci made for the Italian oil giant ENI back in 1966. Here the oil travels from Iran through the Suez Canal to pipelines in Italy from where it flows to a refinery-complex in southern Germany, yet “[p]etroleum never sees the light of day, nor can it be captured on camera”, prompting one critic to write, “the mere fact that the camera has little use for petroleum itself exposes visually the inaccessibility of petroleum for the countries most closely involved in its extraction”.

As a petroleum engineer committed to modernising the Middle East in a radically different way, Munif was just as fascinated and saddened by the political consequences of oil. In July 1996, in a short article, he wrote, “Fundamentalism will spread in the Gulf region and possibly turn more violent because no political movement or party offers a formula for acknowledging ordinary people and engaging them in the political process”. And in a 1999 interview to a French paper he said, “Oil joined and embraced political Islam, providing it with much needed power…At the same time, oil enabled dictatorial regimes to continue practicing the cruelest forms of repression. The increase in oil and wealth coincided with an increase in reaction and dictatorship which spread throughout the region.” 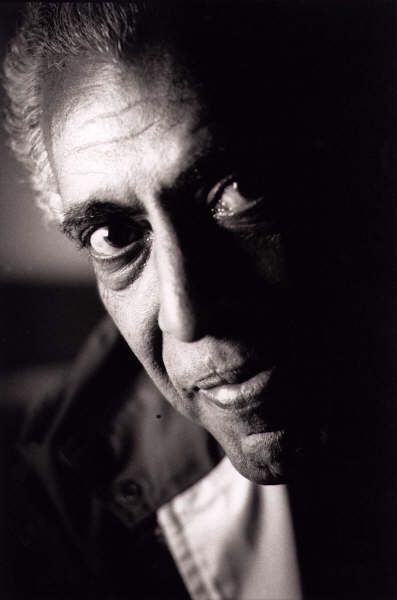 Munif viewed the Middle East as “one vast carceral state” (a description that would apply to Israel as well), one that was easier to build given the sheer economic repression underlying the Saudi model. Not only was the model itself economically unsustainable (when Tariq Ali asked Munif what “cities of salt” meant, he explained, “Cities of salt means cities that offer no sustainable existence. When the waters come in, the first waves will dissolve the salt and reduce these great glass cities to dust”), but its creation presupposed widespread deracination.  As the first tractors moved into Wadi al-Uyun to begin what Munif called their “butchery” of the oasis, “The trees”, he writes, “cried for help, wailed, panicked, called out in helpless pain and then fell entreatingly to the ground, as if trying to snuggle into the earth to grow and spring forth alive again” (Cities of Salt, p.106). And following that piece of destruction, the homeless residents of the wadi were relocated to the coastal refinery town of Harran (real-life Dhahran, on the Gulf coast), “where they find themselves housed in furnace-like metal shacks and remade as laborers in a wage economy under foreign mastery” (Rob Nixon, Slow Violence and the Environmentalism of the Poor).

Probably no novel in Arabic has fused class and racial segregation as vividly as this one. Dhahran was based on a strict segregation between the Arab and American communities, the Arab and American “compounds”, and Munif’s repeated references to their strict segregation and the sexual charge linked to it are strongly reminiscent of the famous passage in Fanon’s Wretched of the Earth which sets up its unforgettable contrast between the settlers’ town (“The settlers’ town is a strongly built town, all made of stone and steel. It is a brightly lit town; the streets are covered with asphalt”) and the medina (“The native town is a hungry town, starved of bread, of meat, of shoes, of coal, of light”).

Munif died in Damascus in January 2004, a strong opponent of the US invasion of Iraq. Damascus was where he had spent the greater part of the 1960s and would spend most of his later life during his de facto exile from Iraq. Dislocation and homelessness were not just abstract themes for him. And he was certainly no enemy of “modernization”. As he told his translator Peter Theroux over lunch in Damascus in 1989, “Oil is our one and only chance to build a future, and the regimes are ruining it”. When he was deprived of Saudi nationality in 1963, it is said that he was “stripped of his Saudi passport by the Saudi embassy in Syria”, which resonates strongly with a more macabre recent incident we are all familiar with. Munif would not have disagreed when the title of a well-known recent history of ARAMCO describes the Saudi state as “America’s kingdom”.  As one reviewer of Robert Vitalis’s 2007 book wrote, “it is precisely the point of America’s Kingdom that Saudi sovereignty was a murky concept to begin with, given the circumstances of such untrammeled corporate power over the state”.

Munif’s novel, the first in the quintet, is available here.

The best sketch of Munif’s life and work is Sabry Hafez’s essay ‘An Arabian Master‘, published by the New Left Review.

Jairus Banaji is a historian. His latest book A Brief History of Commercial Capitalism will be published by Haymarket in August.