This is the second and final of a two-part series celebrating the life and work of Ghalib on his 150th death anniversary. 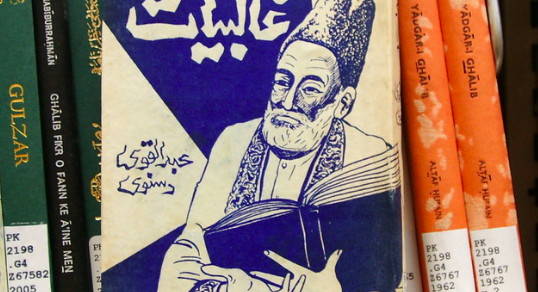 This is the second of a two-part series celebrating the life and work of Ghalib on his 150th death anniversary. In the previous part, this author looks at how Ghalib took the Ghazal form to new heights and depths. Click here to read it.

Going by Ghalib’s poetry and letters, it’s easy to discern that he generally led an unremarkable life, with its usual share of vicissitudes in turbulent times. However, there occurs an intriguing phase in his life starting from May 11, 1857 when the Indian revolt broke out against the British.

As Bahadur Shah was proclaimed the Emperor of India, Ghalib celebrated the occasion by reciting before him in Persian the following lines, in a form of poetry called ‘versified sikka’ (coin): From the gold of the sun and the silver of the moon, Bahadur Shah has struck new coins.

On July 13, 1857, as Agra was captured by Indian revolutionaries, he recited a qasida in Shah’s honour, and followed it up with another in August. However, after the British succeeded in suppressing the Indian uprising, he claimed that he had kept a historical journal from May 11, 1857 till July 1, 1858, in which he had documented what he saw and heard about the nearly 15 months of conflict between the British and the revolutionaries.

Ghalib called it the journal Dastanbū, an archaic Persian word for bouquet, probably borrowed from a couplet of the great Persian poet Khaqani (d. 1199). In it, while Ghalib laments the all-round destruction and mayhem in Delhi, he particularly condemns the revolt and the atrocities committed by Indians. In fact, the purpose of writing Dastanbū was to praise the valour, courage and administration of the British. As soon as the revolt was suppressed, Ghalib set out to get Dastanbū published, without losing any time.

Also read: A Rare Peek Into the 1857 Revolt, One of the First Wars to Be Caught on Camera in the World

In a letter sent to his pupil-friend Munshi Hargopal Tafta in August 1858, Ghalib writes:

“I want to get it (Dastanbū) published immediately so that I can send a copy to Governor General Bahadur, and another through him to the Queen of England.”

Towards the end of Dastanbū, Ghalib raises the question of his pension again in these words:

I desire ‘the auspicious sovereign’ to pass orders on my three petitions [to her] for title, for robe of honour, and for pension, for which [her positive response] I have written this book. “My eyes and my heart look forward to this order from the Empress whose crown is the moon, whose throne is the sky.”

These contradictory acts can be traced to an important cultural institution of the time — the patronage system — an institution that always impacted the kind of literature that was produced. Ghalib had two patrons, the British and the Emperor, and hence his loyalties were split. He had been receiving a pension from the British for years before 1857, and pleading to them repeatedly to increase it.

As he was known to be visiting the court during the revolt, the British stopped his pension in 1857.

Before it was restored by the British, he had to turn to the Nawab of Rampur for the upkeep of his family. Whatever his apologists might say, Dastanbū was a part of his efforts to make a living within that patronage system. Ghalib and other poets always catered to an elite, upperclass audience, and their aesthetics and poetics were determined by its narrow worldview and self-interests.

Though Ghalib did succeed in rising above the diktat of this system due to his intellectual and creative ingenuity, it cannot be denied that he also made compromises, as Dastanbū very clearly illustrates.

A hundred and fifty years after his death, Ghalib’s legacy endures, yet we may ask whether his poetry reflects the spirit of the age— whether its anxieties, fears, and aspirations are expressed in it. From our vantage point many things seem obvious.

More than a hundred years before Ghalib’s birth, even during Aurangzeb’s reign, in the feudal society and its elitist culture a general decline and stasis had set in, but as the Mughal seat of power from which it drew its sustenance was transformed into a shell, pretence and self-delusion became the order of the day.

This cultural decadence resulted in the poets withdrawing into a world of their own, experimenting more in style and technique while artistically remaining imitative and ossified. They resigned themselves to the political and historical situation of the time, looking at it through narrow elitist interests.

When one considers the manner in which these poets prided themselves in using archaic Persian, in delving into the intricacies of love and mysticism, and in denigrating a poet like Nazeer Akbarabadi (1740–1830), the insensitivity and the failure of the aesthetics of the time come to the fore.

Though Ghalib’s poetry also suffers from most of these flaws, and it can’t be denied that he did not directly resort to focusing on the anxieties of the people, he did unconsciously break this mould through the interrogation of everything, from divinity to firmly-held views ordained by religion and custom alike—something that opened the passageways to modernity in Urdu poetry.

It’s not surprising therefore that the greatest Urdu poet of the twentieth-century, Sir Muhammad Iqbal, considered it necessary to acknowledge his debt to his illustrious precursor in ‘Mirza Ghalib’, a poetic tribute to Ghalib. Iqbal is unique as the only Urdu poet who strived to build a complete theologico-philosophical system of ideas.

Also read: On Ghalib’s 150th Death Anniversary, a Visit to His Apartment in Kolkata

This vision for the future not only aimed at transforming his contemporaries, but also served as an act of resistance against the colonisers and, equally importantly, against the obsolete customs and traditions of his times. Iqbal’s use of Islamic history, theology and terminology cannot erase the deep-seated streak of scepticism he inherited from his mentor Ghalib, as illustrated in the following couplet that he wrote when he started writing Urdu poetry:

(Why did you order me to voyage from the Garden of Eden?
The world’s work is extensive, now wait for me.)

In this well-known couplet, Iqbal shows the courage to question God — a bequest from Ghalib’s poetry. It is obvious from the couplet that Iqbal considers it expedient to delay his return to God and thereby his entry into Paradise as he deems it his responsibility to abide in this material world to effect its amelioration and transformation.

Though Iqbal’s reputation is that of a religious poet, both as a rebel and as a radical Iqbal leads the way with Ghalib always at his side, if not ahead of him. This is why Iqbal called Ghalib the Goethe of the East, in his poem about him.

It was left to the Progressive Poets like Faiz Ahmad Faiz, Makhdoom Muhiuddin, Sahir Ludhianvi and Ali Sardar Jafri, among others, to explore and expand this new-found territory of Urdu poetry and to include the contemporarily political and social in its fold — brazenly and directly — instead of in the oblique manner of ghazal.

Yet, in the following ashar of Faiz, Ghalib’s famous couplet about revolutions’ chroniclers echoes in the background, resulting in an orchestration of voices which resonate with such immediacy, urgency, and topicality that all sense of past and present stands obliterated:

Even when many Urdu Progressive Writers and Modernist Poets rejected ghazal as an inadequate form for writing  poetry in contemporary times, Ghalib appears as a constant presence in imagery and diction, ideas and tropes in modern Urdu poetry, be it ghazal or nazm, and many would not desist from saying — prose even.

Despite all his weaknesses and compromises in life, Ghalib remains the greatest Urdu poet not only because he enriched Urdu language by broadening its semantic possibilities, but because by introducing scepticism, irony and constant questing, he revitalised Urdu poetry with a modern idiom and thematics.

While close reading of his poetry has instilled in generations of Urdu poets a deep understanding of the subtleties of language and poetic composition, a persistent engagement with it, and invariably — rather inevitably — ‘creative misreadings’ of his ashar have inspired them to open up new vistas of poetic vision.

Shikoh Mohsin Mirza teaches English at the University of Lucknow.