The happenings at Yes Bank and ICICI Bank point to a serious breach in what should be established corporate governance protocol. 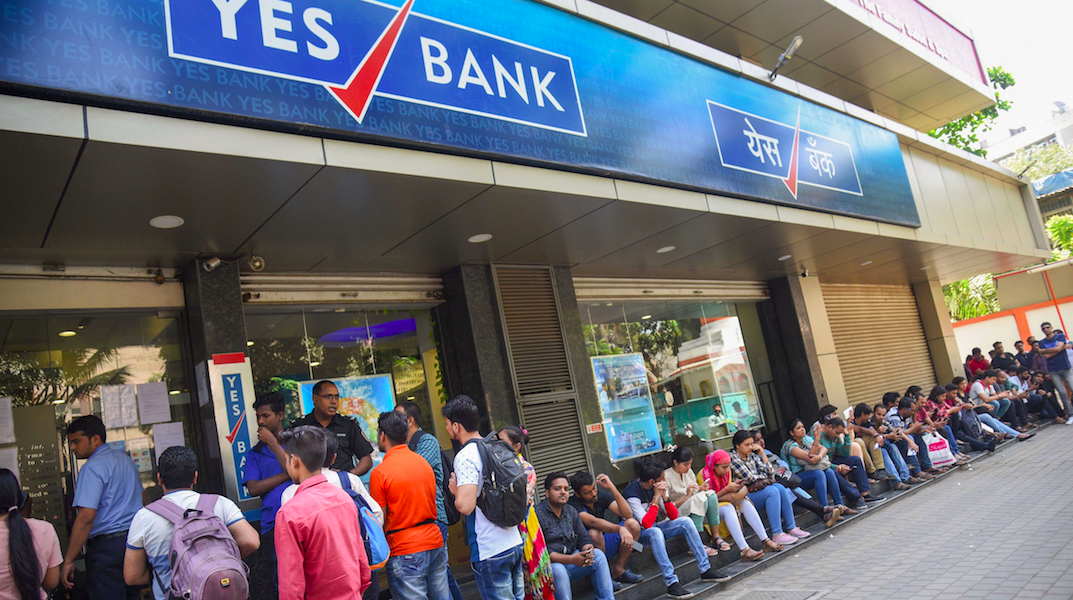 With events unfolding in a dramatic way in the wake of a 30-day moratorium on crisis-hit private lender Yes Bank, the focus has yet again returned to the often hotly debated subject of privatisation of the Indian banking space in particular and the financial sector in general.

The collapse of Yes Bank could not have come at an inopportune time, coming as it does when the Centre is gearing to dilute its holding in Life Insurance Corporation of India (LIC).

The imbroglio has already opened up a fierce political slang-match with the ruling BJP and the opposition Congress indulging in a blame game. As they slug it out to score debating points over each other, the real issue could get conveniently get buried under the carpet.

The happenings at Yes Bank bear some similarity what had happened at ICICI Bank not long ago. In both cases, individual brands (that of Chanda Kochhar and Rana Kapoor) had completely subsumed the corporate brands (Yes Bank and ICICI Bank) and held overpowering influence on their respective organisations.

In such a dominant top-end set-up, democratic decision-making is easily allowed to be compromised. Such powerful individual brands often times – either unwittingly or casually – give a go-by to the often preached practice of maintaining an arm’s length relationship.

Received wisdom suggests that collective decision-making, represented by the board, is the best course to adopt in an organisation. It is generally perceived that collective minds often yield the best decision. The happenings at Yes Bank and ICICI Bank point to a serious breach in this corporate governance protocol.

There is no doubt that Rana Kapoor and Chanda Kochhar – because of their larger-than-life images – are culpable for the crises at their respective institutions.

And yet, it’s not enough to merely blame them. Banks are among the most highly regulated entities in this country; where regulation is often not taken seriously at all. With that being the case, what were supervisory organisations doing to spot wrongdoings early on? Just like in most Indian films, where cops arrive on the scene after everything has happened, regulators and supervisory agencies wake up way too late.

Much like the rating agencies, whose capacity to react late is legendary, regulators and supervisory agencies have too often shown a propensity to be reactive. Much damage would have happened by the time they react

Indeed, the Yes Bank crisis has given some ammunition to the proponents of public sector banks. “Often, we (PSBs) are told that we lack when it comes to governance. What do you say now?” asked a ranking official of a PSB who wished not to be quoted.

Assorted layers, protocols and constant watch from within and outside have all combined to place some sort of a check on PSBs. Ironically, State Bank of India (SBI), a public sector bank – a large one at that, is now pushed to play saviour.

At a press conference on Saturday morning, chairman Rajnish Kumar gave a passionate defence for why its decision to support Yes Bank was needed to protect the Indian economy.

Coming at a time when the Yes Bank story is still unfolding, the decision of New Delhi to dilute its stake in LIC will once again revive the private sector versus public sector debate in the country.