Will the RBI’s Experiments With its PCA Framework Work Out?

By ushering state-run lenders out of the PCA framework like a herd of cattle, we have effectively witnessed another act of disaster and knee-jerk recovery playing out in our public banking space. 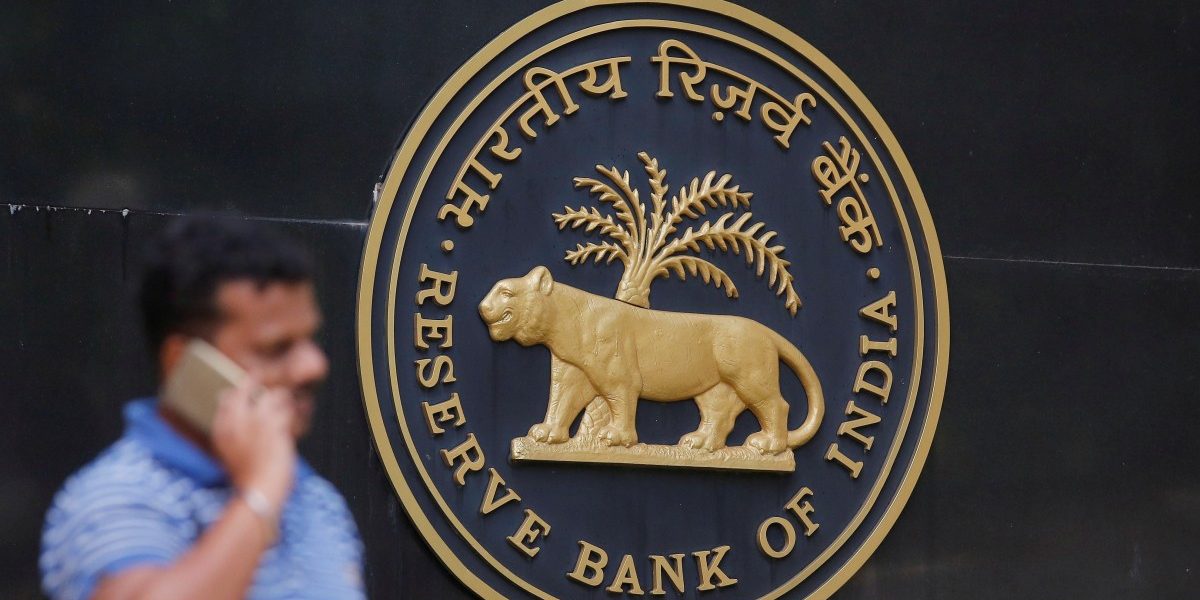 The sound and fury around Pulwama and Balakot has deafened most people to many other interesting stories unfolding around us right now.

One such story is of the enviable dexterity with which the Reserve Bank of India (RBI) is currently managing a transition for some of our public sector banks (PSBs). The process revolves around getting these banks out of the central bank’s own ‘prompt corrective action’ (PCA) framework which, over the last three years years, placed several functional and operational restrictions on the state-run lenders.

It is a story worth tracking.

The PCA architecture caters to banks whose balance sheets have been so weakened by sustained periods of losses – often brought about by steeply-rising Non Performing Assets (NPAs) – that the country’s banking regulator puts them through a special regime.

It operates at different levels of regulatory restrictions, some mandatory while some others are discretionary or tailor-made for the case, depending on the severity of the problems. Broadly speaking, the PCA has the effect of curtailing big-ticket credit sanctions, an embargo on network expansion, suspending dividend payouts and restricting CEO remuneration.

Also read: How the RBI Dodged RTI Appeals for Minutes of Meeting on Demonetisation

Beginning with United Bank of India (UBI) in 2014 and till May 2017, 11 PSBs in all were brought under the PCA regime. The other banks being Bank of India (BOI), Bank of Maharashtra (BOM), Oriental Bank of Commerce (OBC), Allahabad Bank (AB), Corporation Bank (CB), Central Bank of India (CBI), Indian Overseas Bank (IOB), Dena Bank (DB), United Commercial Bank (UCO) and IDBI Bank (IDBI).

Mounting NPAs and steadily rising losses had eaten into the vitals of these banks so completely that, but for generous government and regulator support, many, indeed most, would have to file for bankruptcy.

When does the PCA  kick in for a bank? The framework has several different layers and it has evolved over the years through policy reviews.

But the triggers broadly fall into three categories.

Varying degrees of weakness warrant different positioning for the affected banks on the PCA scale, as we have already noted, but, an NNPA ratio greater than 6 was known to be a trigger for base-level action, as was a negative ROA in two consecutive years or  a CRAR of 7.75 or lower. Typically, the RBI always wanted Indian banks to not fall below a CRAR of 9.

The banks brought under the PCA regime between 2014 and 2017 were very unfavourably placed on all the three parameters. To have an idea of the problems the PSBs have been grappling with, it is enough to remember that 17 out of a total 21 PSBs were eligible for a berth in the PCA framework even based on their NNPA ratios as at March 31, 2018, or a whole year after the last bank had been admitted to PCA.

However, the clamour for the withdrawal of the PCA restrictions from the 11 banks had been growing for over a year now. The affected banks were straining at the leash, for obvious reasons. Industry was unhappy, too, and it is not difficult to see why. But most importantly, the Government of India (GOI) was growing increasingly restive. With seriously circumscribed lending ability, the PCA banks were no help for GOI in its search for economic  growth  – which had been indifferent at best since demonetisation. A botched GST implementation and rising crude prices added to the woes, and the government was finding it increasingly hard to address escalating unemployment and job losses.

Private investment had dwindled to a trickle; domestic savings had taken a hit after demonetisation; and the GOI’s unwavering – though not very reasonable in the circumstances – commitment to a fiscal deficit ceiling was a major additional handicap. On top of everything else, the 2019 general elections were approaching and the government badly needed the PSBs’ loan books to come to its aid to turn perceptions around. So the GOI, more than any other stakeholder, wished for a speedy end to the PCA regime. The pressure on an unrelenting RBI mounted steadily.

There was another flash point in the GOI-RBI relationship: the insistent demands made by the government on the ‘unnecessarily large’ pool of reserves in the central bank’s balance sheet. (The GOI believes, not quite correctly, as some commentators have noted, that the RBI has no business holding on to these monies when a generous portion can help the government bridge its own fiscal gaps.) There were other issues, too, but what matters here is that the RBI governor resigned and a former bureaucrat, widely believed to be a GOI loyalist and more pliant than his predecessors, was installed in his place.

Shaktikanta Das, the new governor, set the tone of his regime by doing what no one was expecting the RBI to do just then: he reduced policy interest rates when even the markets were not expecting such a bonanza. He went further by suggesting that henceforth commercial banks benchmark their lending rates to the RBI’s policy rates, rather than to their own cost of funds or any other proxy. In other words, he made it plain to banks that they would be left with no place to hide.

But he also delivered swiftly on one of the main mandates the government had given him: get the PSBs out of PCA as quickly as possible. In two tranches, on February 1 and 26, 2019, five banks were released from the punishing PCA restrictions. BOI, BOM, OBC, AB and CB were ‘unshackled’ to all-round cheer.

So far, so good. But what made this somewhat dramatic turnaround possible, considering that the RBI had, till fairly recently, seemed unwilling to contemplate the migration? Bluntly put, was this really a turnaround, or a bit of statistical jugglery?

It will be recalled that a crippling load of NPAs was the bane of all these banks. Inadequacy of capital (indicated by low CRAR) and falling/absent profitability (apparent from marginal or negative ROA) were both results, not the causes, of the bad loans legacy. It is also plain common sense that banks, as business enterprises, can be considered to be out of the woods only when they have demonstrated their ability to run their operations profitably on a sustained basis.

So how do the banks newly emerged from the shadows of the PCA look when they are judged by these commonsense parameters?

The cut-off date considered by the RBI for the upgrade was December 31, 2018, though good order would have suggested  March 31, 2019 (being the statutory date of the full audit of the balance sheets) instead.

Readers familiar with audit processes are well aware of how annual audits, being far more rigorous than quarterly audits, have a knack of breaching such wafer-thin margins with ease. A look at the real picture of the NPAs (of their Gross NPAs) can in fact tell us how well or badly these banks have been coping with the problems, for the NNPA ratio is really a function of the quantum of recapitalisation funds they are securing from the GOI.

While international norms would consider anything in excess of 5 as completely unacceptable, what is really extraordinary is that the two other banks to have been upgraded have actually regressed significantly on asset quality. Both AB (17.81) and CB (17.36) happen to have slipped further over the last year, their  levels a year ago having been 14.38 and 15.92 respectively. Without looking at any other parameter, any analyst could make out that there was no case here for these banks to have broken free of PCA.

And yet, the analyst does indeed have some more pointers to the real situation. All these 5 ‘lucky’ banks are clearly struggling  to still come to terms with their profitability – or the absence of it. BOI, BOM and AB actually posted significant quarterly (and up-to-the quarter) losses as on 31/12/2018 (higher even than in year-ago periods), their ROA being (-)2.85, (-)9.62 and (-) 1.24 respectively. OBC and CB have managed to stay in the clear, but only just – their ROA being 0.23 and 0.12 respectively – and that, too, thanks to adjustments of prior-period taxes. (Internationally, an ROA lower than 1.5/1.75 is treated with scepticism, if not worse.)

It is not surprising, therefore, that the notification freeing these banks from the PCA regime felt obliged to comment that the RBI had not considered the ROA position of these banks separately because “the same (ROA) is reflected (!) in the capital adequacy indicator”.

In the fraught atmosphere of post-Balakot nationalism, analysts are perhaps loath to call out the sophistry here, but the RBI would surely feel embarrassed if this precious nugget of wisdom (CRAR being a proxy of ROA) were to be credited back to it in future.

So has anything changed in these banks in recent months to warrant a review of their financial fundamentals? Yes, of course, something has happened: there have been fresh capital infusions aggregating Rs 361 billion in these 5 ‘lucky’ banks: BOI: 101 b; BOM: 45 b; OBC: 55 b; AB: 69 b; and CB: 91 b.

With these generous helpings of fresh capital, the CRAR position was bound to show improvement in the short term, and it has done so. However, the fundamentals of these banks have either not changed at all, or, if they have, they have actually worsened. At the very least, then, there was no call to withdraw these banks from the PCA framework at this stage. In fact, now, with renewed pressure on them to lend to the corporate sector (which is itself reluctant to commit its own funding sources to business expansion unless industrial/economic growth shows unambiguous signs of recovery), it is possible that some of these banks will soon retrace their path to disaster – till fresh doses of capital support ‘revive’ them again.

Effectively, then, what we have just witnessed is another act of the old drama of disaster and recovery playing out in our public banking space. The RBI, ably helmed by the obliging  ex-bureaucrat, pretty much gave the game away when it went on to say in its ‘delimitation notification’ in respect of these banks that they have committed themselves to comply with the norms of minimum regulatory capital, NPA and leverage on an ongoing basis.

So there we are. If the RBI’s wise words are anything to go by, the next time around ailing banks will not even need to secure fresh capital from the GOI or any other source. A ‘written commitment’ will suffice to ward off any danger.

Anjan Basu worked for one of India’s largest commercial banks for over three decades, both inside the country and on overseas assignments. He can be reached at basuanjan52@gmail.com