The Compromised Independence of the RBI

When the RBI signed off on demonetisation, its central board had the lowest number of directors in 15 years and only three truly independent directors. 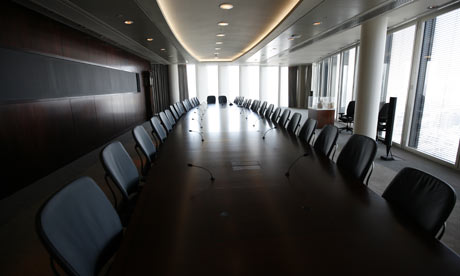 Over the years, the Reserve Bank of India has earned the reputation of being a fairly independent central bank. However, its role in demonetisation has unquestionably tarnished its image and standing. As a banker to the Indian government and as the ‘bank of banks’, the core function of RBI is to regulate the issue of currency notes and ensure monetary stability. The regulatory powers for currency notes gives RBI final recommendatory authority in matters pertaining to printing of new currency notes and to de-notification of the status of legal tender.

The overall management responsibility of RBI vests with its central board, which is answerable for all administration, business and strategic decisions. This includes monetary stability, cash supply and demonetisation. The members of central board are called directors.

The RBI Act provides for a maximum of 19 directors, with following composition:

(a) RBI governor and upto four deputy governors
(b) Four directors from four local boards of RBI
(c) Two government nominees
(d) Ten directors from various fields to be selected by the Centre.

For the purpose of equivalence and practice, these directors belong to two categories, with some overlap. The first category comprises of “direct stakeholders” that includes RBI,  the Centre and India’s banks. This category has nine directors on the central board. The second category comprise of ten directors nominated by government. These are people who have excelled in different fields, have acquired reputation, bring expert knowledge and more importantly do not have direct or vested interest. These “independent people” bring a richness acquired from their professional and industry experience; crucially these independent directors also set the moral compass of the board.

So what is the current composition of the RBI’s central board?  For quite some time this year, there has been only ten directors. These include four directors from RBI (including RBI governor Urijit Patel and his three deputies, R Gandhi, S S Mundra and N S Vishwanathan), only one director from the four local boards of RBI (Nachiket Mor, ex ICICI family), two government officials ( Shaktikanta Das and Anjuly Chib Duggal, both IAS and representatives of Finance Ministry) and only three independent directors (N Chandrasekaran of TCS, Bharat Narotam Doshi, former CFO, Mahindra, and Sudhir Mankad, retired civil servant). This puts the board composition at seven “internal directors” and seven “independent directors”.

A detailed review of the composition of  the RBI’s central board for every year over the last 20 years indicates that never in the past has the central board’s composition been loaded in favour of internal stakeholders. Also, in the last 15 years, we have never had less than 16 members on the board.

The representatives of local board included stalwarts like Anil Kakodkar, Kiran S. Karnik and Nachiket M. Mor, which suggests the fairly independent nature of RBI central board.

But, with just ten directors now, seven internal and only three truly independent, there is no doubt that independence of the central board of RBI is compromised.

On another count, while the RBI Act provides that central government appoints five directors each at the four local boards; to represent the territorial and economic interests as well as the interests of co-operative and indigenous banks. Strangely enough, there is only 1 out of 20 positions filled. The vacancies do not happen all at once. When directors retire, the motion to nominate another director has to begin well in advance. Why has the central government so far been unable to fill these positions?

“All tyranny needs to gain a foothold is for people of good conscience to remain silent,” wrote Thomas Jefferson.  One way this type of silence is acquired by ensuring there are not enough independent voices. No doubt, as former Prime Minister  Manmohan Singh recently remarked in the context of demonetisation, “a monster has been unleashed on 8th November 2016”.

The question for us is, whether the RBI’s board composition is because of bureaucratic delays or as a result of insidious design? It is high time that the present directors of the RBI’s central board broke their silence.

Sanjeeva Shivesh is the CEO and Founder of The Entrepreneurship School at Gurgaon and a former civil servant. He has intuitive interest in economic and political affairs.