In a joint note published on Monday afternoon, the former RBI officials have also questioned the timing of the move, which comes at a time when India is learning the lessons from failures like ILFS and Yes Bank. 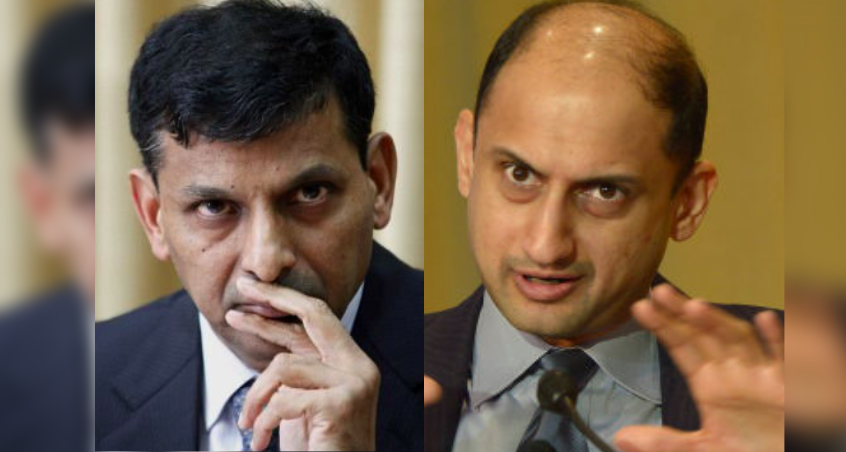 New Delhi: Economists Raghuram Rajan and Viral Acharya have strongly criticised a recent proposal by a Reserve Bank of India (RBI) panel to allow large corporate groups into the banking sector, calling it a “bombshell” move that could further exacerbate the concentration of economic and political power in “certain business houses”.

In a joint note published on Monday afternoon, the duo, both of whom are former RBI officials, have also questioned the timing of the move, suggesting that the Narendra Modi government may want to “expand” the set of potential bidders when it finally starts privatising India’s public sector banks.

“While the [RBI internal working group’s] proposal is tempered with many caveats, it raises an important question: Why now? Have we learnt something that allows us to override all the prior cautions on allowing industrial houses into banking? We would argue no. Indeed, to the contrary, it is even more important today to stick to the tried and tested limits on corporate involvement in banking,” Rajan and Acharya write.

“The rationales for not allowing industrial houses into banking are then primarily two. First, industrial houses need financing, and they can get it easily, with no questions asked, if they have an in-house bank. The history of such connected lending is invariably disastrous – how can the bank make good loans when it is owned by the borrower?”

On November 20, the internal working group released its report that reviewed a number of regulations surrounding bank ownership guidelines.

However, its recommendation on industrial houses entering the banking sector has received maximum attention, with even foreign rating agencies like S&P Global calling it a “risky proposition”.

In their note, Rajan and Acharya argue that “highly indebted and politically connected business houses” will have the greatest incentive and ability to push for new banking licenses, a move that could make India more likely to succumb to “authoritarian cronyism”.

“Can the regulator not discriminate between “fit and proper” businesses and shady ones? It can, but it has to be truly independent, with a thoroughly apolitical board. Whether these conditions will always pertain is debatable. Moreover, once the bank license is given, the licensee’s temptation will be to misuse it because of self-lending opportunities. India has seen a number of promoters who passed a fit and proper test at the time of licensing turn rogue,” the duo note.

Only one expert in favour

The former RBI officials also point out that the Internal Working Group or IWG itself notes in its appendix that a majority of experts consulted by the panel were of the opinion that large corporate groups and industrial houses should not be allowed to promote a bank – and yet the final recommendation made by the committee is the opposite.

“More important, why now, at a time when we are still trying to learn the lessons from failures like ILFS and Yes Bank? One possibility is that the government wants to expand the set of bidders when it finally turns to privatising some of our public sector banks… A second possibility is that an industrial house holding a payment bank license wants to transform into a bank. One recommendation of the IWG that is equally hard to understand is to shorten the time for such transformation from five to three years, so perhaps the surprising recommendations have to be read together.”