The discourse around non-performing assets (NPAs) remains largely focused on private corporations, while NPA concentration in public sector undertakings flies under the radar of scrutiny. 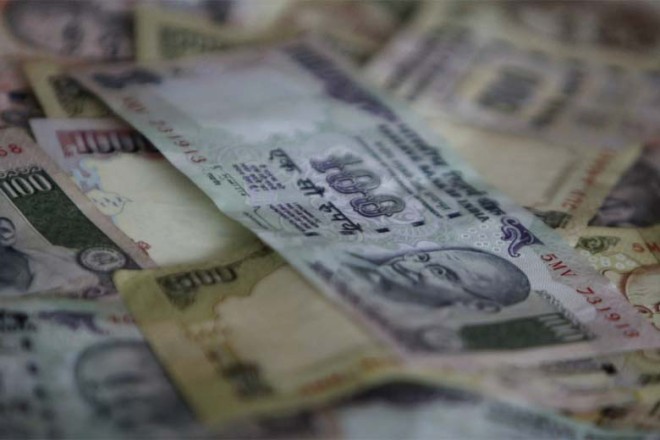 The overhang of debt gives any institution or an economy its worst hangover.  In a recent meeting with the parliamentary consultative committee, finance minister Arun Jaitely stressed on the need to correct the exacerbation of non-performing assets (NPAs), concentrated mostly in the heavy industrial sectors of steel and power.

The narrative around the NPA crisis, if studied closely, usually invokes staunch criticism of actors in the private sector, often attacking the volume of borrowings made by private conglomerates across India’s big industrial sectors.

What we end up ignoring, however, are a few missing narratives that help explain the NPA crisis story.

One such missing narrative includes big public sector undertakings themselves, which often find refuge by receiving assistance in their debt restructuring plans from the government. Another missing link tends to be with respect to the role of lenders, i.e. the public sector banks in over-leveraging debt by continuing to lend to creditors (in public and private sector) with weak credit worthiness.

The graph below gives us a broader clue on the increasing volume of domestic credit disbursed by financial institutions to the private sector. Credit creation is an important function of the bank and one which requires a strong bond of trust and confidence between lenders and borrowers. For the banks it becomes vital then to have a robust process of risk assessment with lending and meet its collateral debt obligations, if there are defaults.

In elementary macroeconomics, debt overhang is defined as a situation where an organisation or economy has existing debt so great that it cannot easily borrow more money even when the new borrowing is actually a good investment that would more than pay for itself. Indian companies (both public and private) haven’t reached such a rock bottom threshold just yet. However, if we see the state of credit lending across India’s financial sector (which remains largely nationalised), the accumulation of debt (via ratio of non-performing assets-Figure 2) both by PSUs and private companies rings a warning bell.

Having said that, the discourse around NPAs (non-performing assets) unfortunately, remains largely focused on private corporations, while NPA concentration in PSUs flies under the radar of scrutiny. In a sectoral analysis, we see that most NPAs remain concentrated in steel, power, textile and infrastructure sectors. All these sectors enjoy a great market share by various government-managed PSUs.

Debt accumulation in PSUs go beyond core sectors to aviation and telecom as well. BSNL and MTNL accumulated debt of Rs. 7,500 crores and Rs. 13,500 crore in 2016. The conventional wisdom on such PSUs reflect the existence of greater operational inefficiency and staff cost of around 140% of the revenue that they generate.

The government, in a measure to assist, pitched in by announcing a repayment of around Rs. 5,000 crores to MTNL and around Rs. 6,700 crores to BSNL for the surrender of the defunct BWA (Broadband Wireless Access) and CDMA (Code Division Multiple Access) spectrums through budgetary allocations. We may argue here that private firms, particularly in areas of steel and power often suffer from a debt overhang that looms larger in times of slowing market demand, requiring more support (via long term corporate debt restructuring plans) from the ends of the government or the banks themselves.

The graph below gives us a broader idea on the claims on central government (% of GDP) which have significantly risen in the last decade or so where the government has attempted to fill in the savings-investment gap by putting more investment in heavy industrial sectors (via PSUs).

PSUs in India historically have often run on credit provided by public sector banks or other larger PSUs on the understanding that the government has the ability to restructure their debts or, in the worst case scenario, takeover the company and their debts. Writing off debts (including farm-loan waivers) by public sector banks remains widely reported in mainstream media when the government announces (expost/exante elections), there is still limited focus on debts that are written off by so called “well performing” PSUs for loans given to smaller, failing PSUs.

The global fall in prices of steel affected the steel sector in India, which has a high percentage of overall debt. In 2015, Credit Suisse estimated the debt to be around $50 billion after which the market faced a drop in demand.

SAIL (Steel Authority of India Limited), a PSU and India’s largest producer of steel took a massive blow due to the global slowdown. From a net profit of Rs 2,093 crore in FY’ 2014-15, the company sustained a net loss of Rs 4,137 crores in FY’ 2015-16. While this year’s accounts have not yet been published, it seems unlikely that the company will be able to register any profits.

Niti Aayog suggested earlier in August 2016 that SAIL should disinvest three of its subsidiaries i.e. of Salem Steel Plant, Visvesvaraya Iron and Steel and Chandrapur Ferro-Alloy. However, the steel secretary, in January 2017, stated that the PSU will not go in for “distress sale” of these units and were considering a “change in management” hoping that a new “good management” would be able to make them profitable. Recently, in March 2017, the government “in-principle” approved to sell these subsidiaries, changing its stance yet again.

From suggesting a sale of subsidiaries to cover for losses the company made last year, the finance ministry, in November 2016, offered to take over assets of at least one of the 23 private companies which accounted for $14.5 billion worth of NPAs. These companies are concentrated in the steel, power and shipping sectors. In response to an RTI filed by Sanjay Shirodkar in 2014, 14 PSUs including SAIL, ONGC and AAI, reported to have been written off more than Rs. 7,500 crores between 2006 to 2012.

Under the scheme of debt restructuring termed as “S4A”, as planned by RBI and the ministry, the public sector banks are required to take over the management and assets of the highly debt ridden companies through a system of debt-for-equity swaps. The finance ministry has now encouraged the PSUs to help public sector banks manage these assets and allow a takeover of its management.

However, little progress has been made in this regard. SAIL has already refused to take up such an investment on the grounds of “infirmities” in their balance sheet. It is also unlikely that ONGC or BHEL would take part either owing to their own debt situation. Still, we see how private players in steel and power sectors often remain under the mainstream scanner as ‘bad borrowers’.

UDAY – Ujwal DISCOM Assurance Yojna: Another case in point is the UDAY scheme. The central government via the power ministry, under the UDAY scheme (initiated in 2013) proposed that state governments take over around 50% of the debts accumulated in the distribution companies (discoms) in different states, accumulated up to Rs. 2.6 lakh crore in 2014.

The problem of debt in the power sector, especially discoms has arisen due to the AT&C (aggregate transmission and commercial) losses which include losses due to overloading, poor maintenance, low collection, and other distributional issues. However, instead of focusing more on fixing the root of distributional problems in larger power companies, the government repeatedly tries to cover for losses by a direct capital influx. An option that is not available for private discoms (when performing poorly).

The current government’s record in reducing the debt overhang situation across various industrial sector is spotty at best.

At the beginning of its tenure in 2014, the government pushed banks to loan more and reduce the percentage of NPAs in each bank’s portfolio to a more manageable level while creating a more robust credit rating system. However, studies too indicate lack of a coherent approach by the government in dealing with stressed assets of banks where PSUs are being asked to disinvest but take up liabilities of other failing companies including of failing private players; which is likely to make them ‘too big to fail’.

Due to a lack of coherency in strategically managing companies’ and bank debts, private companies and investment have been left out to dry, while public undertakings such as Air India continue to function with a whopping Rs. 45 thousand crore debt after receiving several thousand crores worth of bailout packages.