How Do We Ensure India’s Insolvency and Bankruptcy Code Keeps Working Well?

Before we had the IBC, the legal regime was tilted in favour of the debtors. To make sure it doesn't go the way of debt recovery tribunals, there is a need to make sure creditors and debtors don't have have an ‘equality of arms’. 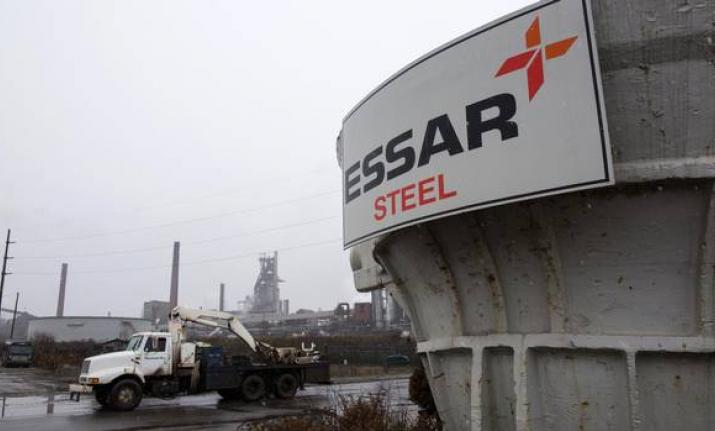 Essar Steel had overdues of Rs 495 billion when it was sent to the NCLT by the lenders last year following an RBI directive in June 2017. Photo: PTI

The recent Supreme Court judgment in the Essar Steel case is a shot in the arm for the Insolvency and Bankruptcy Code (IBC).

While it has received its share of criticism in recent times, there is little doubt that the IBC has been successful in the Indian context. What makes it better than what came before? The answer lies in its unique design, which combines executive and judicial powers in the form of the National Company Law Tribunal (NCLT).

The NCLT is the first level of decision-making and fuses together executive and judicial powers in a manner that has made the legal process of insolvency follow an inquisitorial system as is practised in continental Europe.

As appeals are filed before the National Companies Law Appellate Tribunal (NCLAT) and the Supreme Court, there is complete separation of judiciary from the executive as provided in the Constitution of India. The design of IBC, thus, consists of an admixture of executive and judicial powers at the first level and complete separation at higher levels and this unique feature is a key reason for the continued success of the IBC.

NCLTs are established under the Companies Act (2013), not the IBC. Under the code, additional powers have been conferred upon the NCLTs in order to enable them to deal with insolvency and bankruptcy proceedings of corporates and it is this expansion of the range of functions that has transmuted the NCLT from a pure judicial forum to hybrid one with some executive powers.

In practice, the conferment of executive powers has made the NCLT follow an inquisitorial system in practice and is a major reason for the success of the IBC.

How did the old system work?

In an adversarial system, the court acts as a referee between the prosecution and the defence and the whole process is a contest between the two parties. The underlying principle is to place a distance between the investigation and the person who ultimately decides the outcome. The old legal regime, the one we had before the IBC, was based on this dictum.

At that time, unsecured creditors had three ways of recovering their claims from defaulting debtors: lodging a civil suit,going in for arbitration or petitioning the high court for winding up if the debtor was a company. There is ample anecdotal and empirical evidence that civil suits did not lead to speedy recovery due to a huge backlog of cases.

Arbitration continues to be expensive and winding up of companies is a long and cumbersome process taking on an average of 5-10 years. What is most important is that in all these methods of recovery, the process requires filing of a case by a creditor before a judicial body to adjudicate.

In an inquisitorial system, the conduct of the trial is in the hands of the court. The trial judge determines what witnesses to call and order in which they are to be heard. The judge plays an active rule for questioning and hearing the parties directly. The case management depends upon the judges so the contribution of judges is very high for the disposal of any case. Case management is effective as Judges sit with the parties and exchange views for making decisions to speedy disposal of any case.

In contrast, in an adversarial legal system, representatives from each party take opposing positions to debate and argue their case, whilst the judge’s role is to uphold principles of fairness and equality and to remain neutral until the very end when she gives judgment.

The IBC process resembles the inquisitorial system where the court is actively involved and plays a significant role in preparing evidence, questioning witnesses and finding the truth. In the IBC, the NCLT plays an active role assisted by the insolvency professionals (IPs) and insolvency professional agencies (IPAs). The trigger for starting the IBC is a petition to the NCLT. This petition is referred to as an insolvency petition. When an insolvency petition is filed, the role of the NCLT is to identify whether the debtor has committed a default in repayment of an undisputed debt to the petitioning creditor. If, the NCLT finds that the debtor has defaulted to the creditor; and has not disputed the claim of default by the creditor beforehand, the NCLT must allow the petition to go through else it must dismiss the petition.

Conventionally, judicial precedent is set by “case law” which helps flesh out the statutory laws; moreover, in some cases, new substantive law comes from pronouncements where statute and precedent are silent. There is little use of judicial precedent in inquisitorial systems. This means judges are free to decide each case independently of previous decisions by applying the relevant statutes. In India case law connected to insolvency and bankruptcy is still developing and there is hardly any judicial precedent available. One reason is that insolvency is a new legal regime.

Prior to the promulgation of the IBC, the bankruptcy and insolvency legal regime was more like the adversarial legal system and tilted in favour of debtors. One important reason for this perception was that the debtor retained control over management and operations of the company during the bankruptcy process. In the new IBC regime, the control over day-to-day working of the company passes onto a professional. As a result, company managements do not have the freedom to choose what evidence to present before the NCLT and the professional has complete control over evidence and conduct of the case from start to judgment. This is similar to the inquisitorial systems where judges decide what evidence is admitted by both parties, before questioning the witnesses themselves and going on to make an informed decision on the outcome.

Before the IBC came into force, the bankruptcy process for firms was highly fragmented. Powers of the creditor and the debtor for insolvency were provided for under different Acts. There was lack of clarity of jurisdiction. In a situation where one forum decides on matters relating to the rights of the creditor, while another decides on those relating to the rights of the debtor, the decisions were easily appealed against and either stayed or overturned in a higher court.

The IBC shifts away from a debtor-in-possession approach to a model where creditors decide on the resolution and a linear process is followed that allows for a collective mechanism where both creditors and debtors operate within a framework of equity and fairness to all stakeholders to preserve economic value under the guidance of the NCLT.

In order to ensure that the IBC does not go the way of the debt recovery tribunals, it is imperative that we build on the unique design of the IBC. The IBC should not revert back to the adversarial legal system where the debtors and creditors have ‘equality of arms’ and debtors with better resources are able to delay cases. The IBC will escape the bane of case overload if changes in the law and practice are made in the direction to make it more along the lines of an inquisitorial system.

Sameer Sharma has a PhD from USA and a DLitt from Kanchi University. The article is based on his research and practice and views are personal.