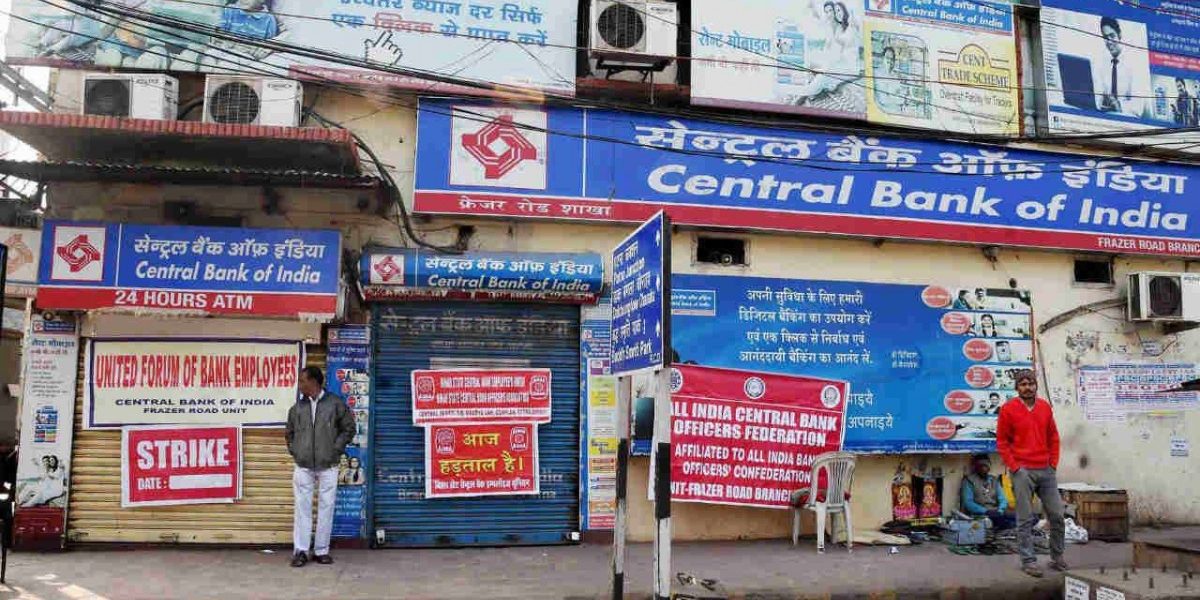 Central Bank of India is among the four PSBs which government intends to privatise. Photo: PTI

Keeping the focus on the Rs 1.75 lakh crore disinvestment target for the financial year 2022’s privatisation drive, the finance ministry is holding discussions to bring legislative amendments in order to bring two public sector banks (PSBs) out of the Banking Companies (Acquisition and Transfer of Undertakings) Act, 1970 and (nationalisation) 1980. Before the bank nationalisation laws can be repealed, the PSBs have to be transferred from under these acts to the Companies Act.

The idea is to remove the policy-related constraint which caps the voting rights at 10% for a non-government shareholder irrespective of shareholding before the government sends out an investment invite for bank privatisation.

Under the new PSE (public sector enterprise) policy, the Centre wants to keep a “bare minimum” presence in the strategic sectors which include among others ‘banking’. The NITI Aayog has been entrusted with the task of identifying the public sector units (PSUs) in strategic sectors which can be merged, privatised, or made subsidiaries of other PSUs. Discussions over the first phase of privatisation are being actively pursued by the Niti Aayog, the Reserve Bank of India (RBI), and the finance ministry’s financial services and economic affairs departments.

Also read: The Wholesale Offloading of Government Assets Will Be a Political Hot Potato for PM Modi

Privatisation has been a major headline in the current budget. But in a country where the average citizen “is most comfortable banking with PSU banks,” privatising banks involves many complexities. Simply answering the why and how conjures many arguments.

Is the government’s intent to privatise public sector banks a bid to expedite long-pending reforms in the banking sector? As some of our PSBs deliver negatively on profitability, productivity, assets quality and financial management, the case for privatisation becomes stronger. This leads to a conviction that a dynamic private sector would stimulate a wholesome, efficient banking system to better support the economy. But this conviction about proceeds of privatisation may be misplaced.

With the financial linkages banks have with other parts of the economy, banking losses have large social consequences. Governments cannot practically afford the political fallouts of banking failures, so irrespective of the ownership structure of banks, all losses are “social” obligations, to be underwritten by taxpayers. As the 2008 crisis revealed, the losses were eventually ‘nationalised.’

In the aftermath of the 2008 financial crisis, a number of privately-owned banks in the West had to be bailed out by governments, using taxpayer money. The US alone bailed out its banks at a cost of $800 billion.

How the public assets will be sold to the private sector is another important question. The actual privatisation process will take several months to commence as the decision depends on various factors like identifying the buyer, valuation of the assets, number of employees and their future, the pressure of the trade unions and political repercussions. 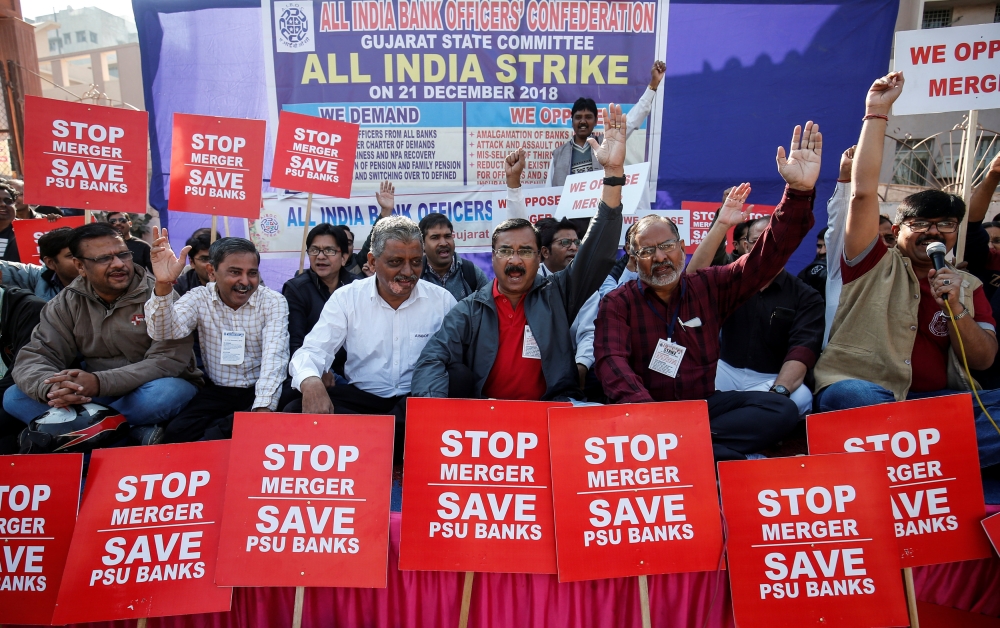 A crucial question pertains to the potential buyer. Rumours pointed to the possibility of the banks being sold to an industrialist. However, former RBI governor Raghuram Rajan feels that “it would be a grave mistake to sell it to an industrialist”. He hopes that this doesn’t become a reality because we don’t have the supervisory structures to contain the kind of possible malfeasance when somebody can lend to their own entities.

Certain private banks, like HDFC Bank, perhaps ICICI Bank and maybe AXIS Bank, can get buffed by the public sector bank purchase. But the question is how comfortable do you feel creating a mega private bank because on purchase this would create a huge entity second only to SBI. The third possibility is a foreign bank. But selling one of our large banks directly to a foreign buyer would be politically difficult.

Added to these are concerns about the correct valuation of the assets which are to be sold. Indian Overseas Bank has the highest market cap (Rs 26,381 crore), highest PB ratio (1.6), Lowest CAR (11.4) and second highest PE Ratio (42.2), so is it likely to fetch maximum realisation for assets?  Or, will banks with branches that can be rationalised after merger receive better market value? Staff strength can also be criteria that may decide the bidding price.

There are other socio-economic implications of rapid privatisation of public sector units. Dabbiru Srinivasa Rao, president of the All India Backward Classes Federation, believes that privatisation would lead to social injustice and denial of the reservation to BCs and other sections.

Also read: For Public Sector Banks to Thrive, Look at the Problem Differently

Apart from social issues, critics have often raised doubts over the style of functioning non-government-owned banks, with allegations that they are oft-times too aggressive in their loan recovery efforts in connection with housing, vehicle and personal loans. On several occasions, banks’ loan recovery efforts have driven defaulting borrowers to suicide.

Bank unions have termed the privatisation process a “bailout operation” for corporate defaulters. According to the All India Bank Employees Association, “Private sector is responsible for the huge bad loans. In fact, they should be punished for this crime. But the government is rewarding them by handing over the banks to the private sector.”

According to banking industry experts, governance reform of public sector banks is the need of the hour. But is privatisation the best-case scenario to improve the governance around banking? Prior to privatisation, an attempt could be made by bringing in more professionals, giving the board more authority to hire/fire the CEO and then take away government control.

India’s record of privatisation is rather dismal. In the 2019-20 budget, disinvestment revenue was pegged at Rs 1.05 lakh crore which was lowered substantially to Rs 65,000 crore in the revised estimates. Even this collection target was missed with the actual disinvestment amounting to Rs 50,298.64 crore.

So simply looking at our past record the present target may not be so easily achievable. For instance, despite the government offering to sell its entire 100% stake, the strategic divestment of Air India to a private company has repeatedly failed, prompting it to extend the deadline for submitting preliminary bids by five times. The government had also eased the eligibility criteria for prospective bidders, from a requisite net worth of Rs 5,000 crore to Rs 3,500 crore. Even attempts by officials from the civil aviation ministry to lure foreign buyers did not garner expected interest.

While the government is recklessly moving towards privatisation, it may not a panacea for the economy. There is always the risk that privatisation becomes politically motivated and pursued for the vested interests of different interest groups or individuals rather than as a coherent part of encouraging private investment. It may increase short-term revenue but there are no guarantees that the process will lead to building competitive markets.

Vaishali Basu is a Consultant on Strategic and Economic Affairs. She has worked with the National Security Council Secretariat (NSCS) for nearly a decade. She is presently associated with the New Delhi-based think tank Policy Perspectives Foundation.