RBI has said that the Punjab and Maharashtra Co-op Bank was barred from routine business transactions for the next six months and that depositors would only be able to withdraw Rs 1,000 from their accounts. 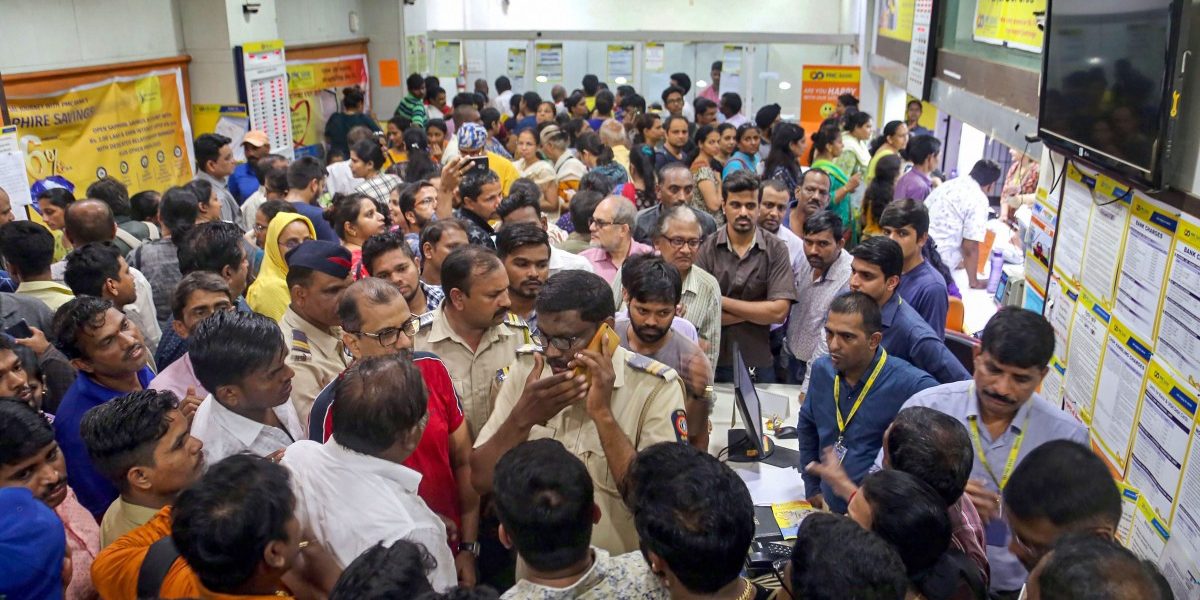 New Delhi: In a move that has caused panic amongst thousands of customers, the Reserve Bank of India on Tuesday imposed sharp restrictions on the Punjab and Maharashtra Co-Operative Bank (PMC).

In an order that was made public on Tuesday morning, the regulator said that PMC Bank was barred from routine business transactions for the next six months and that depositors would only be able to withdraw Rs 1,000 from their accounts.

The co-operative bank will also not be able to grant new loans, accept fresh deposits or make any form of investment.

This has, naturally, sparked outrage amongst customers, with media reports documenting protests by angry customers and the deployment of police vehicles at some of the lender’s branches in Mumbai.

But why did this happen, what should customers expect and when can this be resolved? The Wire breaks it down.

The restrictions on the co-operative lender stem from Section 35(A) of the Banking Regulation Act, which says that in times of public interest, and to “prevent the affairs of any banking company being conducted in a manner detrimental to the interests of the depositors”, the central bank has the power to issue directions to these entities. Section 56 of the Act makes the same rule apply to co-operative entities like PMC Bank.

In a statement put out, PMC Bank managing director Joy Thomas said the lender had been put under regulatory restrictions owing to irregularities disclosed to the apex bank.

State of panic, people waiting for a solution #pmcbank pic.twitter.com/kt5utFsiwE

“As the MD of the Bank, I take full responsibility and assure all the depositors that these irregularities will be rectified before the expiry of six months,” Thomas reportedly told thousands of distressed customers of PMC Bank.

Other reports indicate that the bank may have given fraudulent loans, which only may now have been discovered, or not disclosed non-performing assets (NPAs) properly. The RBI is very hush-hush at the moment and the bank is not saying more, all of which naturally has caused a number of rumours to spread amongst customers and the wider banking community.

At the moment, the bank appears to be administered by an RBI-appointed officer called J.B. Bhoria. It is unclear whether Bhoria has taken over the management of the bank or is merely in charge to oversee the eventual loosening of restrictions.

What does this mean for customers?

It’s not immediately clear whether the Rs 1,000 withdrawal restriction is per day or just Rs 1,000 for now until the RBI says otherwise.

Nevertheless, it’s going to be hard for both retail and business customers, especially considering October 1 is just one week away. Ordinary people’s daily needs will be affected, in addition to any events such as marriage that require large withdrawals from the bank.

In an interview with a television channel, Bhoria has surprisingly tried to reassure customers by implying that in the case of a total bank failure, their accounts are insured for up to Rs 1 lakh by the Deposit Insurance and Credit Guarantee Corporation of India. This is unlikely to be a source of solace for customers who stand to lose much more in case PMC bank is actually bankrupt.

That’s what is surprising. Its latest publicly available financial results don’t indicate anything that is completely out of the ordinary.

It is therefore unclear what sparked this move by the RBI. It could be that new information has now come to light.

PMC Bank MD Joy Thomas has indicated that the restrictions have been caused by an “increase in NPAs” and implied that they are still covered by the bank’s assets, but declined to provide more information at the moment.

Is this kind of action against co-operative banks new?

The RBI has acted against various co-operative banks before. In this month alone, under the same Section 35 (A), it has slapped sanctions on Vithalrao Vikhe Patil Co-operative Bank in Nashik and Karad Janta Sahakari Bank.

In May 2019, the banking regulator imposed similar restrictions on Goa-based The Madgaum Urban Co-operative Bank and capped withdrawals by account holders at Rs 5,000.

The difference, however, is that PMC Bank is much larger than any of those smaller co-operative lenders.

At this point, I would suggest that please do not keep your money in cooperative banks. RBIs total lack of transparency and slow resolution means there is little hope of getting your money back if things go wrong.

Therefore, there is much more at stake here and it is important that the situation be handled delicately, with the bank’s customers being adequately informed so that any unnecessary panic is avoided.