The latest fraud uses an age-old method employed to defraud the banking system. 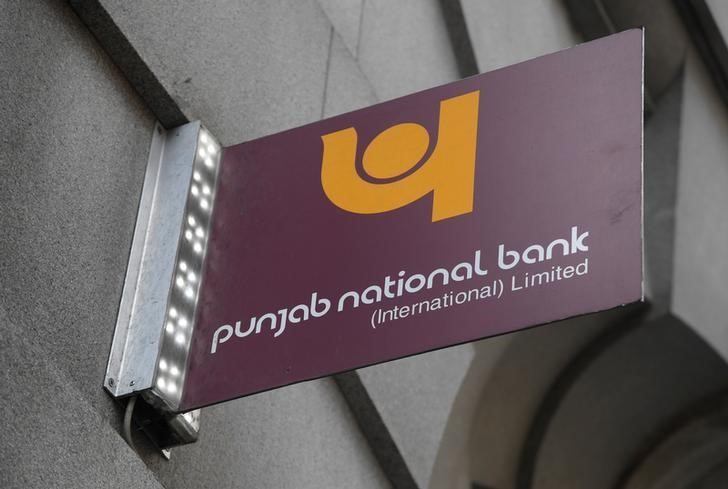 In what may turn out to be one of the biggest scams in the country’s corporate history, Delhi-based Punjab National Bank (PNB) said on Wednesday it had been defrauded of about Rs 114 billion by jeweller Nirav Modi, his maternal uncle Mehul Chinubhai Choksi, and other relatives through a clutch of companies they own.

The country’s second-largest public sector bank (PSB) said two of its employees were involved in the scam, where the bank’s core banking system was bypassed to raise payment notes to overseas branches of other Indian banks, including Allahabad Bank, Axis Bank, and Union Bank of India, using the international financial communication system, SWIFT.

Three jewellers Gitanjali Gems and its subsidiaries Gili and Nakshatra are also under the scanner of investigation agencies.Executives in other banks said they were insulated against the fraud, as the payment request was raised by PNB (irrespective of who raised that in the bank), and therefore, the payment would have to be met by the Delhi-based bank.

PNB had overdues slated to be paid on January 25 and subsequently on February 5, which were in default, said Usha Ananthasubramanian, chief executive officer (CEO), Allahabad Bank.“We do have exposure to PNB, but it is on the bank, and not on the client. The exposure is roughly in the range of Rs 20-22 billion,” Ananthasubramanian said.

However, PNB in a letter to banks, indicated clearly that it was in no mood to pay back and alleged connivance of employees at the foreign branches of other Indian banks.

In a letter to the chiefs of several banks, a general manager of PNB said the letters of undertakings (LoUs) are were opened in favour of branches of Indian banks for import of pearls for a period of one year, for which the Reserve Bank of India (RBI) guidelines stipulate a total time period of 90 days from the date of shipment.“This stipulation was overlooked by overseas branches of Indian banks that are also required to follow the RBI guidelines. There is clear criminal connivance of group companies of Nirav Modi and Gitanjali Gems with our branch official and also, apparently, with officials of overseas branches of Indian banks,” the letter said.

“None of the overseas branches of India based banks has shared with us any document/information made available to them by these Indian companies at the time of availing buyers’ credit from them,” it added. The banking system is heading towards a protracted legal battle as other banks will start suing PNB over non-payment of dues and refusal to honour commitments. Besides, other banks also have separate exposure to companies owned by Modi, who has shot a mail to the lenders, assuring them that he will return all dues and that his brand, Firestone Diamond, valued at Rs 105 billion, was up for sale.

The latest fraud uses an age-old method employed to defraud the banking system. It involved LoUs raised at the PNB’s Mumbai office by firms owned by Modi and his family. A LoU is issued by a bank to an importer (in this case Modi). It works like a bank guarantee, which the importer can sell to other banks at a discount. The importer receives the money, or letter of credit, and pays his client. The issuer bank messages overseas branches of other banks through the SWIFT network, and that bank immediately pays the client against the LoU. The bank that holds the LoU then goes back to the issuer bank (PNB in this case) and gets its due.

The issuer bank (PNB) recovers its due against the LoU from its client (Modi). Since the LoUs are used for importing goods and involve foreign currency, a vostro account (client’s overseas account) is used to deposit the credit by the bank accepting the LoU. However, issuance of the LoU involves a lot of process and to mitigate the risks of fraud, banks insist the client deposit an equivalent amount of assets, mainly cash, in the local branch, to avail of the overseas facility.

The Delhi-based PNB disclosed in a filing to the BSE on Wednesday morning that it detected fraudulent and unauthorised transactions worth around $1.78 billion (approximately Rs 114 billion) “for the benefit of a few select account holders” with the help of the bank staff based in one of its Mumbai branches. “In the bank these transactions are contingent in nature and liability arising out of these on the bank shall be decided based on the law and genuineness of the underlying transactions,” the bank said, adding it had reported the matter to the investigating agencies.

On Monday evening, PNB filed two fresh complaints with the Central Bureau of Investigation (CBI). In one, the bank alleged involvement of a jewellery company. CBI sources said they were still undecided if they would want to file a fresh first information report (FIR) on the latest complaints, or merge them with their previous FIR. Separately, Gitanjali Gems, headed by Choksi, who was also named in the first FIR, postponed its board meeting scheduled to be held on Wednesday that was supposed to approve its third-quarter results for this financial year.“I do not think this is out of control or too big a worry at this point. That is my broad sense,” Joint Secretary in the Department of Financial Services (DFS) Lok Rajan told Press Trust of India on the sidelines of an event in Delhi.

The finance ministry has sought details about fraudulent transactions involving this case or related incidents by the end of this week and in a fresh missive has asked all banks to undertake a clean-up drive. DFS Secretary Rajiv Kumar said this seemed to be an isolated case and would not impact other banks.

Just about a week ago, diamond jeweller Nirav Modi opened a new store in Macau. Barely three months ago, he had opened a second store in DLF Emporio’s Chanakya mall in New Delhi, with plans for another one, in Bengaluru, later this year. Modi has been relentless in building his brand regardless of banks having a problem of fraudulent and unauthorised transactions with his companies. His website is running Valentine’s Day promotions beside pictures of Hollywood celebrities wearing his jewellery and details of the fashion shows he sponsored recently. Modi’s ambition was to expand to 100 stores by 2020, not unusual for a brand that is trying to grow. He has boutiques in New York, Las Vegas, Honolulu, Singapore and Beijing. There is one store in London, three stores in Macau, and four stores in Hong Kong, where Modi’s sister Purvi Mehta is based and runs the company’s design division. Besides Bengaluru, another boutique was slated to open in London. All this could be derailed now, as lenders to Modi, his company Firestar Diamond and other firms huddle into emergency meetings to try and figure out what their exposure in either loans or bank guarantees to the diamond company is. On Tuesday, the Central Bureau of Investigation received two complaints from Punjab National Bank (PNB) against Modi and a jewellery company, alleging fraudulent transactions worth about $1.8 billion.

Calls and emails made to Nirav Modi and Firestar CFO Vipul Ambani were not returned till the time of going to press.One mainstream gold jeweler, who has been in the trade for over two decades and declined to be named, said banks giving funds to fraudulent companies was not an isolated instance. He added there was a scramble of private equity funds and banks in search for “rock star businesses” to fund and maximise investments, while these companies “promise 24 per cent internal rate of return, launch multiple stores and deploy endless amounts with fancy media campaigns to support the whole illusion”.As a jeweller with multiple stores, he said he knew the ground reality of sales and profits especially in the past two years, given the note ban as well as the goods and services tax roll-out.Others in the industry do not condone Nirav Modi’s pattern of behaviour. Pramod Agarwal, chairman of the Gem & Jewellery Export Promotion Council, said, “While it is the endeavour of every industry body to regulate behaviour of its members and enforce standards, the reality is that we cannot control the behaviour of a few stray elements. Nor do we support it.”

A decade-long apprenticeship under his uncle Mehul Choksi in Mumbai gave Modi training on everything from diamond polishing to retail, after which he decided to get involved in building his own brand. But before all that, there were a string of acquisitions in the US. In 2005, he acquired the wholesale division of Frederick Goldman, a national diamond retailer. Two years later, he bought Sandberg & Sikorski, the largest jewellery supplier to the US Armed Forces, and A Jaffe, a 120-year luxury bridal jewellery label, for $50 million. The acquisitions supported the private-label business, supplying to the military, as well as to department stores JC Penney, Costco and jewellery retailer Zales.

In 2012, Modi also acquired Fantasy Diamond, a jewellery wholesaler. He brought in professionals to do what he could not. Angelina Ypma, global president at Nirav Modi, once worked for Bulgari and Cartier, while Vipul Ambani was brought in as CFO from institutional brokerage firm Tower Capital where he was a senior executive. Modi, who never counted the jewellery fraternity as part of his core universe has said in the past that most of his friends ended up being accountants. The bent of mind was what they had in common, he would say.