Over the Past Seven Years, Politically-Connected Sectors Have Tanked at Stock Market

While firms in the FMCG and auto sectors have done well, certain power, steel and telecom companies – where access to natural resources and political connections are crucial to success – have performed horribly. 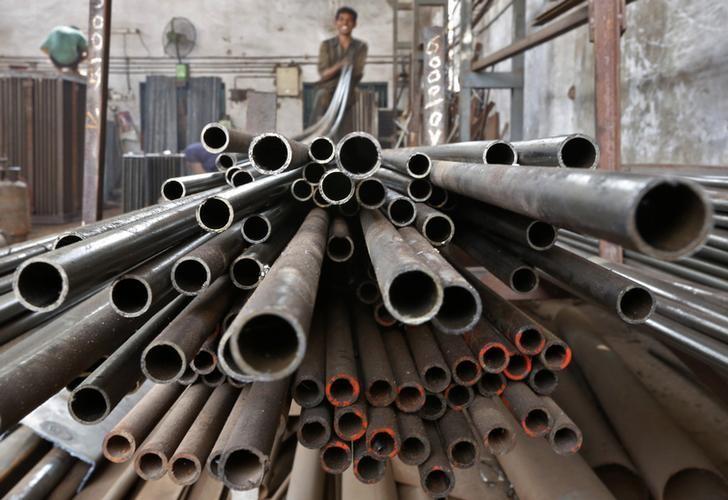 Mumbai: Despite benchmark stock market indices touching new highs in recent years, some of India’s large corporates have seen a precipitous drop in their share prices.

The reason? While it’s difficult to say exactly, the most poor-performing stocks are conglomerates and companies operating in sectors such as power, steel, telecom and real estate, where access to natural resources and political connections are crucial to success.

Companies such as Adani Power, Reliance Power, Reliance Communications, Lanco Infratech and Jindal Steel and Power have seen their stocks plummet from their dizzying heights in 2010.

It is the same case with Bhushan Steel, GVK Power Infrastructure, Tata Power and Tata Steel.

Even shares of Reliance Industries was languishing until investors warmed up to its telecom juggernaut Jio.

Then there are companies like Essar Steel which have delisted from stock exchanges or Monnet Ispat that still remain unlisted. It is not possible to ascertain how far their valuations have dipped since 2010.

Source: BSE. 2010 prices are for April 5 while 2017 quotes are for July 31 except in cases where trading data are not available

However, these companies have reported huge losses in recent years and remain saddled with unrepayable loans, forcing lenders to drag them to bankruptcy courts. Only when interim resolution professionals (IRPs) appointed by the National Company Law Tribunal submit their reports will we gain a greater understanding of those firms’ financial health.

In contrast, companies operating in sectors such as FMCG and auto, where success is decided more by product quality and marketing strategies (and not so much by access to natural resources and political connections) have done fantastically at the bourses, with their share prices increasing manifold since 2010.

Politically well-connected companies, however, have seen meltdown at the stock exchanges. For example, the closing price of Adani Power’s share was Rs 111.94 on April 5, 2010 but it had lost 71% per cent of its valuation by the end of July this year and was trading at Rs 33.45.

However, investors in the FMCG and auto sectors are likely to be much more satisfied, with the fortunes of these companies soaring in tandem with market indices.

For example, Britannia Industries’ share price has jumped ten-fold over the last seven years. The closing price of Britannia’s stock was Rs 327 on April 5, 2010, but rose to reach Rs 3,921.85 on July 31 this year.

This comparison is important because companies in steel, power and telecom sectors not only bagged India’s valuable resources at dirt cheap prices but also got huge amounts of loans sanctioned against these resources from state-owned banks. Little wonder, these companies top the list of 12 large defaulters identified by the Reserve Bank for initiation of bankruptcy proceedings by banks on a priority basis.

Source: Industry. *Total loan is Rs 72,000 crore. Some group companies are already in NCLT but disaggregated loan  data are not available

Burdened with loans that are increasingly looking un-repayable, these companies have emerged as the biggest hurdles to the government’s drive to clean up banks’ balance sheets, constraining lenders from stepping up credit off-take which is crucial for putting the economy back on the high-growth trajectory.

Investors have already lost their money. Now there is a fear that if these companies finally go into liquidation as a result of the insolvency proceedings, many jobs could be lost in the process and lenders might have to take big haircuts. If this does indeed come true, it will add more gloom to India’s economic scenario and hit investors’ and consumers’ sentiment.

The moral of the story? In the Indian market economy context, politically-connected sectors will almost certainly struggle to create long-term value for investors. Banks, both public and private sector, should lend to them only at their own cost.

A closely-connected inference is that India’s political class needs to understand by favouring companies, they are mis-allocating the  country’s scarce natural and financial resources and in the process creating bubbles that would burst sooner or later.