By categorically reiterating that cryptocurrencies could not be part of the ‘payment process’, India buries the economic possibilities of crypto as a currency.  However, the positive focus on blockchain technology is redeeming. 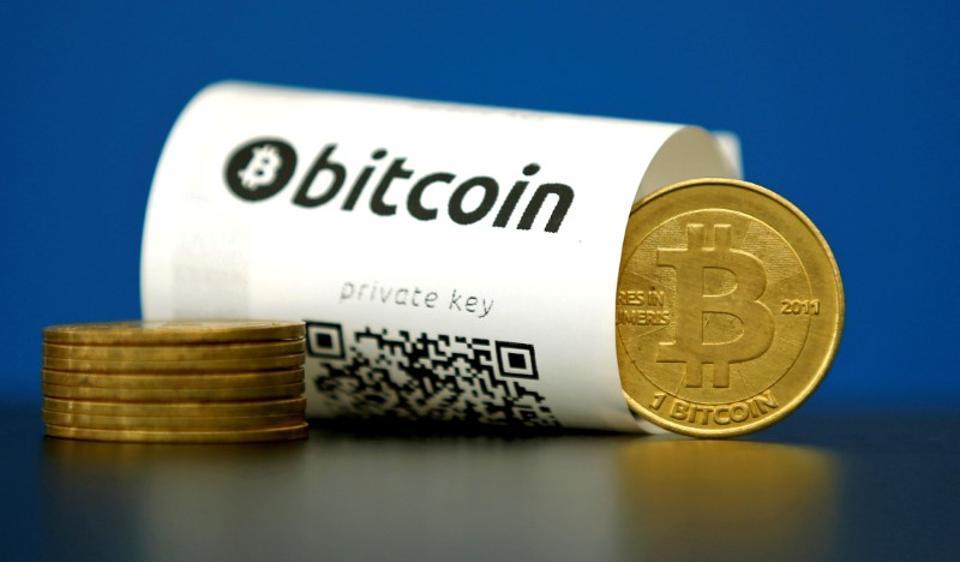 The government has declared the use of bitcoins and virtual money illegal. Credit: Reuters/Files

In the Union Budget, finance minister Arun Jaitley made only one, sub-30-second mention of cryptocurrencies. Here’s an extract:

“The Government does not consider crypto-currencies legal tender or coin and will take all measures to eliminate use of these crypto-assets in financing illegitimate activities or as part of the payment system.”

The implications are clear. India has decided to forego the classical financial applications of cryptocurrencies. At the very least, the spending of cryptocurrency, of which there are quite a few examples, is now likely illegal.

To declare this in the same year that taxes on long-term capital gains are introduced, is heavily ironic. Many countries, including most recently the US, have decided to treat crypto as property and impose capital gain regulations. Nearly every use case of crypto is taxable in the US, from mining to trading to airdrops, etc. But every use case is still allowed. The Indian cryptocurrency ecosystem will continue to survive, but with a sword hanging over it.

India seems to have nipped growth in the bud. With about 50 lakh registered users in 24 exchanges, cryptocurrency trading volumes are in the range of 1,500 bitcoins a day, which is about Rs 100 crore on a good day. Unlike large exchanges like Bitfinex or Coinbase, there is no effective tracking of trade volumes in India. The stats are not verified. These are sourced from the Blockchain and Cryptocurrency Committee (BACC), a freshly-minted collective of half a dozen of the bigger exchanges in the country, set up under the not-for-profit Internet And Mobile Association of India (IAMAI).

To caution traders and investors in this Rs 100 crore phenomenon, the Reserve Bank of India (RBI) issued the same warning three times, first in 2013, then in February 2017 and again in December 2017. For some perspective, the global 24-hour trading volume is in excess of $21 billion.

The year 2017 has been big for the space. Cryptocurrencies have been around for a decade now; blossomed during 2014-16, and truly exploded in the year gone by. Bitcoin soared throughout the year, even hitting an all-time high of $19,783. Other major cryptocurrencies Ethereum and Ripple did well, too, and most importantly, initial coin offerings mushroomed to massive proportions. These commanded a sensational level of attention from the world over, India included.

Also read: Is It Time For Central Banks to Make Their Own Bitcoins?

Unprecedented volatility and unheard-of returns are usually the most visible aspects of cryptocurrency, particularly for those just dipping their toe in it.

However, for new enthusiasts, who either rode the 2017 wave to huge profits, or their peers, who came in later hoping to capitalise on it, the situation turned toxic very quickly. The government sent out mixed messages to the community.

The RBI’s warnings against potential “economic, financial, operational, legal, customer protection and security related risks associated in dealing with such VCs (virtual currencies)” is warranted for the most part. The nascent crypto infrastructure – already bombarded with unrequited complaints, exorbitant rates of service and exchange, and far from airtight – is ill-equipped for large scale onboarding of potential investors and traders.

So regulations, no matter how tough, are not a problem. The market conforms, adapts. The continued lack of clarity; that is a problem.

Ever since the December 2017 RBI warning, and subsequent reports of the banks’ clampdown on crypto exchange accounts, there’s been a self-imposed gag order among the exchanges. The only communication came from the head of the BACC. The chairman of the committee is Sandeep Goenka, founder of Zebpay, the largest crypto exchange in India.

And now, after the Budget, there’s not much to say. Here’s a canned statement from Nischint Sanghavi, head of exchange, Zebpay – “The Finance Minister in his budget speech has reiterated the stand by RBI that Cryptocurrency is not recognised as Legal tender in India. This is being misreported that bitcoin is illegal. This is not true. At Zebpay, we have the highest standards of KYC know your consumer) and AML (anti-money laundering). We continue to work hard to grow this industry responsibly.”

When juxtaposed with the government’s intention to eliminate use of these crypto-assets as part of the payment system, it plunges traders and exchanges into crippling ambiguity.

It can’t be about the money anymore. That much is clear.

There are two aspects to cryptocurrency. The first is the token – a tradable store of value, something that can be used to purchase good and services. This is what the government rejects. Which brings us to the second aspect of cryptocurrencies – the underlying technology, the blockchain. The technology, apart from enabling the cryptocurrency to exist, solves some real-world need, and represents an innovation.

The technology seems to have caught the attention of those who drafted the Budget. The Union minister said of the blockchain –

Blockchain architects have always maintained that the true value is in the technology and not the token. Typically, the shift in focus from token to technology usually happens over a period of time. India’s stance might have just helped make that leap much quicker, minus the volatility, minus the prospective profits.

The potential for transaction – peer-to-peer, no middleman, no central authority having custody of your data or your money – is huge. Blockchain can transform intellectual property (IP), manufacturing, enterprise collaboration, and other industries. Property disputes could be solved without a lawyer, since the records are stored in inviolable, completely trustworthy smart contracts. Trading could be decentralised, eliminating the obvious risks of a third party controlling your funds. Artists, musicians, creators of IP could engage directly with their audiences, without tying themselves to a particular label. Safe to say that the use – or promise, as some would argue – of blockchain, goes beyond the financial sector.

There are real-world examples to the use of blockchain technology. NASA has awarded a $330,000 grant for Ethereum-blockchain research into data analysis, to enable satellites to ‘think’ for themselves and avoid collisions with debris. The World Food Programme, the UN agency in charge of food aid, demonstrated tangible benefits from its blockchain experiments.

One of the primary rebuttals to government crypto bans is from the ‘blockheads’, or engineers engaged in serious blockchain research and evangelism, who say that such action could prevent access for millions of potential innovators to the bleeding edge of technology. This is particularly relevant in the IT-rich Indian demographic. Those critical of India’s ponderous, cryptic crypto policy so far might have to eat their hat if India follows through and makes blockchain technology a key ingredient in its digitisation efforts.

As the largest democracy in India, and a potentially vast catchment for new entrants into crypto, the direction we take will have far-reaching implications – through our involvement or lack thereof. Food for thought – will India revisit this policy when it mushrooms independently in its backyard?

For now, we have rejected the progressive policies that countries like Japan, Canada, Australia, Estonia and Chile have adopted. Avoided a measured path to regulation – the American way. We are no Bolivia or Venezuela to impose punitive measures against the trading or holding of bitcoin. We have managed to remain seated on the fence, while moving it forward perceptibly. A conservative, decidedly aspirational attempt at extracting the value without engaging with the volatility. Definitely Indian.

Anand Venkateswaran is a freelance writer and content marketing consultant working with fintech and cryptocurrencies.