More distressed debt private equity funds focused on India have raised more money in the last few months than in the last ten years put together. 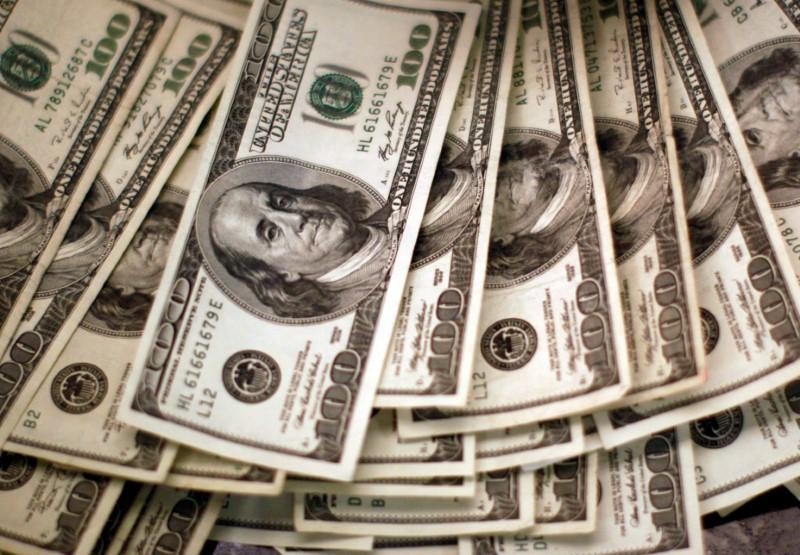 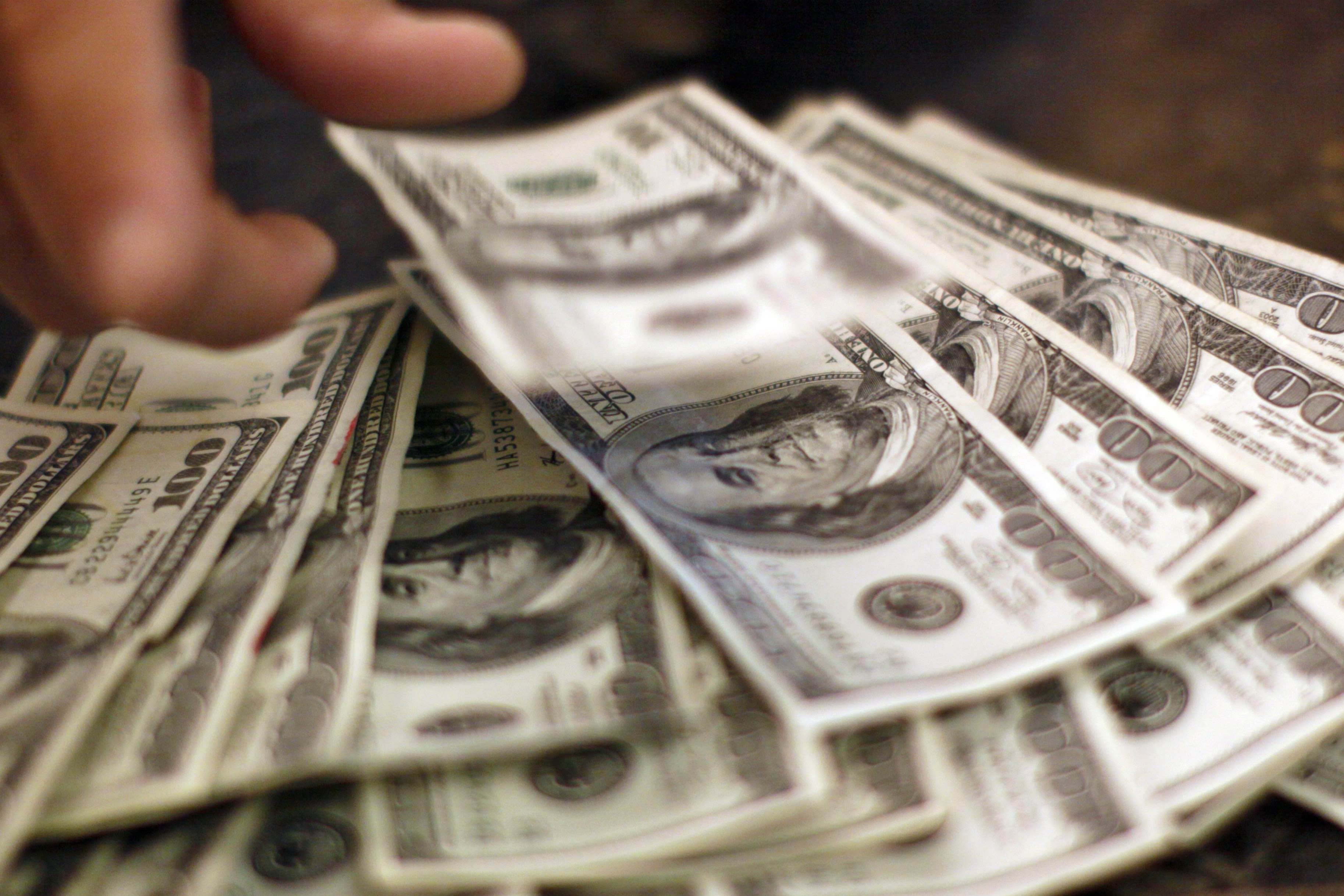 New Delhi: An uptick in fundraising is becoming noticeable as six distressed debt private equity (PE) funds focused on India came to market this October seeking $4.8 billion and all but one of these are being raised by India-based fund managers, a report by London-based alternative assets research firm Preqin has said.

In comparison, only seven of a total of 13 Asia-focused PE funds looking for distressed assets closed with a focus on India over the last decade raising just over $4.4 billion. The report also said since 2016, fund managers had $1 billion accumulated in dry powder for distressed debt funds targeting Asia (including China).

Lenders – mostly public sector banks (PSBs) – are offloading assets from their toxic loan portfolios to these specialist investors who are queueing up to buy them since the Narendra Modi government instituted the Insolvency and Bankruptcy Code (IBC) in 2016. This is expected to make the process of acquiring distressed assets in India more efficient for fund managers by mandating a maximum time limit – 270 days – for resolution for domestic entities.

PSBs will sell on toxic debts for a few cents in the dollar, accepting deep haircuts. This will leave a healthy potential margin for investors who may punt on an enormous pool of assets which might be candidates for either rescue or liquidation, though deals of the former kind are difficult to find, say managers who will look for companies which are financially broken but not doing poorly from an operations point of view.

“We can acquire the company, restructure the debt, support management and build capabilities until companies become operational. But such assets are harder to come by,” says Nitin Jain, CEO of Global Asset and Wealth Management that runs Edelweiss Alternative Asset Advisors (EAAA), the most active among distressed asset managers in India.

This will also be the first time banks will auction off large assets. “They will be sold as going concerns. Some of these might be in billion dollars. This has never ever happened before,” says Jain.

These are drastic measures, clearly. “Most times some flexibility of payment terms should solve the problem. One can then restructure the company and bring about change of management rather than restructuring and kicking the can down the road,” he added.

Often, loan after loan was made by public sector banks to ailing businesses which only prolonged their financial pain and did not reveal the actual quantum of bad assets in the financial system. At times the loan arrangements were “evergreened” where borrowers periodically renewed their debt financing rather than have the debt reach maturity.

In 2002, the SARFAESI Act, Corporate Debt Restructuring (CDR), and ARCs were introduced to acquire toxic assets from banks. All these measures together with an uptick in the economy helped in bringing down the NPA issue to a nominal level of less than 2% by FY’ 08, said a World Bank study.

Most recently, the IBC was introduced to show banks and borrowers through their toxic load of loans and a fresh shot of capital.

Aggregate stressed assets in the Indian banking system comprising NPAs and restructured loans reached an alarming level of 14-15% of total advances this March, reported CARE Ratings. They are grappling with $120 billion of gross non-performing loans (NPLs) and $25 billion of restructured advances. This is further skewed towards government-owned public sector banks which own 90% of all the NPAs.

“Things are not as bad as the 2008 banking crisis faced in America because not all banks, and certainly none of the private banks, are as affected,” says Jain.

Edelweiss’ asset and wealth management business is “worth $22bn, of this about $7.5bn is allocated to private debt consisting mostly of distressed assets of which about $6bn is in distress and the rest in real estate and performing credit.” This makes them the most active distressed asset fund manager in India.

They use what they call the Loan to Own (or the debt to equity) strategy where they can come to own a company by buying its debts, “we buy out the distressed loans to buyout the company, convert part of the loan into equity and control or replace the management and turnaround the asset.”

China and US traditionally biggest

Traditionally India is not among the largest stressed assets market, North America is. Even in Asia it trails China. The largest India-focused fund to close in the last 10 years was raised by Apollo Global Management, the only global manager to raise a distressed debt fund targeting India over this period. The fund was launched in partnership with the World Bank’s investment arm, International Finance Corporation (IFC) which contributed $500 million as part of a joint venture.

The vehicle will look to stabilise vulnerable borrowers in emerging markets, primarily focusing on India, an IFC spokesperson said.

EAAA has raised four India-focused distressed debt funds in the past decade, securing $428mn in capital. By mid-2018 it is expected to raise $1.4-1.6bn, with an existing commitment of around $1bn through its Separately Managed Accounts (SMAs) which co-invests along with Edelweiss India Stressed Assets Fund II (EISAF II). “We have committed $7-800 mn (about 8%) from our own balance sheet and the rest has been raised from institutional lenders consisting of public and private sector banks. About $1.5bn comes from offshore investors,” Jain said.

India doesn’t attract the largest global institutional investors in the world because our public sector banks do not meet capital and liquidity requirements, are over-leveraged and do not meet Basel III’s standards international financial corporations must meet.

Jain was not willing to say how many LPs (investors in PE funds) were public sector banks (some of whom are also the largest bearers of the toxic assets in India).

Many distressed assets in the pool are large caps with massive loans – some many times their equity – owed by a handful of corporates ”40-50 in number”.

“What has struggled the most is power, infra and steel over capacity issues and bureaucratic delays while seeking permissions and licenses when assets remain locked, preventing normal business. There are manufacturing, textile, and also real estate assets. On the other hand, retail is doing very well, home loans are not struggling much. Private banks such as HDFC, IndusInd and Kotak are unaffected. The banks that are most affected are public sector banks,” says Jain.

Jain mentions Essar as a ‘good’ distressed asset whose loan size is $7.5bn, for instance, making interest costs very high, “Essar Steel has the ability to deliver 700m to a billion dollars EBITDA, if one is to believe the bankers. Currently the balance sheet is stretched and the debt is around $8 billion.”

Assets do see turnaround – but there is bad news.

Take, for instance, Anil Ambani’s Reliance Communications, a beneficiary of CDR, which missed a second debt repayment, after missing two bond repayments on dollar bonds earlier this month. This, as Mukesh Ambani’s Jio is eating into mobile service operator competitors’ market share. A failed attempted merger with Aircel later, RCom is expected to sell its mobile tower arm to a Canadian asset management firm, bits of its spectrum and its most pricey properties. It is also planning to stop all its 2G and 3G services. All these moves, company sources say are part of the the debt restructuring plan. Yet, its debt is currently worth over 12 times the company’s market capitalisation.

“The reason for the amount of distress,” says Jain, “was the lack of capex as interest rates were high, commodity prices had corrected severely and balance sheets were highly leveraged. Besides, public sector banks couldn’t lend as their capital situation was not good. With the recent government recapitalisation these assets should trigger growth in private capex.”