Why ATMs are Struggling Under the Pressures of Demonetisation

Was the November 11th target for re-opening of ATMs unreasonable? Long-term neglect and quality-of-service issues aren’t helping either. 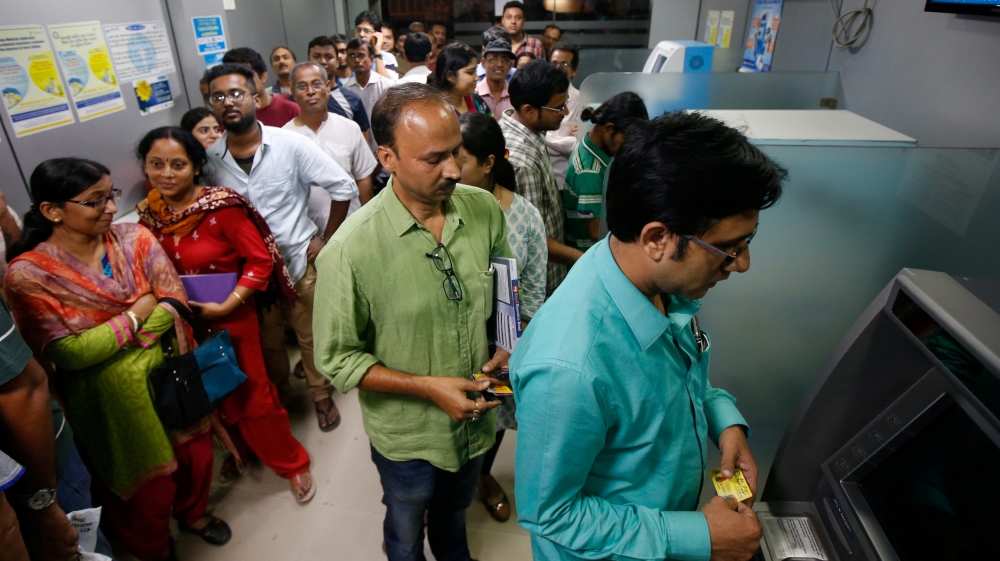 A RBI survey said that 30% of ATMs that were looked at, were found to be not functional. Credit: Reuters

New Delhi: At 9 PM on Tuesday, November 8th, Prime Minister Narendra Modi was roughly half-way into his black money speech when he announced that ATMs (automated teller machines) across the country would be closed on November 9th and “in some places on November 10th also”.

In Mumbai and Delhi, senior executives of major ATM manufacturers and payment-based companies winced. The two-day closure was the time given for the engineers of these companies to flush out the soon-to-be defunct Rs 500 and Rs 1,000 notes and replace them with smaller denominations and, eventually, the new Rs 2,000 and Rs 500 notes.

Was that enough time though? On Friday morning, the scene at ATMs across the country was mostly images of chaos. While a decent chunk of ATMs opened, most were still closed and a few of the ones that did open downed their shutters after two hours due to cash supply shortage issues and technical difficulties. At certain areas cross Delhi, the rapid action force (RAF) was reportedly deployed to help manage the chaotic crowds.

Why are ATMs still struggling? A number of banking and ATM firm officials The Wire spoke to pointed out that the process has been broken down into three parts: Firstly, the flushing out of demonetised notes and secondly the testing of various types of ATMs and lastly filling the ATMs with the new Rs 2,000 currency notes.

Multiple industry sources point out that the two days given by Modi – November 9th and 10th – were barely enough to handle the first part of the new currency transition.

While different ATM manufacturers gave The Wire slightly varying numbers, the consensus appears to be that as of Thursday (November 10th), only 50%-65% of all the ATMs have been flushed out; or put simply, 35%-50% of ATMs across the country still have the old Rs 500 and Rs 1000 notes and therefore cannot be opened for transactions until they are removed.

This ‘flushing out process’ could still take a maximum of two more days, a senior executive of Diebold India, a firm that makes ATMs, who declined to be identified, said.

The second part of the ATM relaunch process is the testing of each ATM, which is closely linked with issue of cash supply. Most ATMs in India come with a fixed number of slots or “cassettes” that are configured to hold specific denominations. The average ATM in India comes with four slots: two for Rs 100 notes and one each for Rs 500 and Rs 1,000 notes.

“Before we know whether each ATM has to be fitted with a new cassette for the new Rs 2,000 note or merely re-configured, before we know anything, they need to be tested,” V Balasubramanian, President-Transactions, Financial Software and Systems (FSS) told The Wire.  FSS is a payments-based company that provides managed services for over 30,000 ATMs for most leading public and private sector banks in India and also has over 10,000 of its own ATMs which are deployed for various banks.

Testing for the weekend

First some statistics. Out of the 200,000 ATMs functioning across India, roughly 50% of them are owned by NCR Corporation – which has a manufacturing base just outside Chennai. The rest are split between smaller companies such as US-based Diebold Corporation and Germany-incorporated Wincor Nixdorf.

Balasubramanian points out that FSS is currently testing each type of ATM (NCR, Diebold, Wincor etc) to understand what needs to be done in order to have the ATMs start dispensing the new Rs 2,000 notes. “We are testing the ATMs today, the NCR, Diebold and so on. That first has to happen. We will finish testing by tomorrow mostly and then from Monday the new notes can start being put in,” he said.

Most of these ATMs will need engineers from the respective ATM manufacturer as well as personnel from an ATM managed services firm such as FSS in order to configure or change cassettes to make them operational again.

Multiple ATM firm executives told The Wire that while this was not a situation that would take 2-3 weeks to correct, most ATMs in urban and semi-urban areas could be fixed by next Tuesday or Wednesday.

“In rural areas there will be a longer. Just transporting cash of smaller denominations and the new notes from a central location to the ATMs, the distance is sometimes over 100 kilometres,” said Balasubramanian.

While the number of ATMs has rapidly been increased over the last 10 years, severe quality of service issues still remain. Earlier this year, in May, the RBI noted that in a recent survey of over 4,000 ATMs across the country, “almost 1/3rd of the ATMs were found to be not working at the point”.

That is, 30% of the ATMs surveyed were down for a number of technical or cash-supply reasons.

“Survey results are not comforting in any way,” RBI deputy governor SS Mundra had said in May. “Violation of regulatory instructions in display material, facilities for differently abled etc. were also observed. We will be taking necessary supervisory action in this regard.”

When asked, ATM and banking industry observers disputed the RBI’s figures but asked not to be identified. “We run these machines and yes sometimes they are down due to a number of issue such as vandalisation which are not taken into account by the central bank. But I would say that at any given point of time roughly 90% of a bank’s ATM network will be up and running,” a senior executive of a payment services firm said.

What cannot be wished away is the fact that running ATMs in India has become increasingly expensive for banks. In fact, in 2014, the RBI started allowing banks to charge fees for certain ATM transactions for the first time.

This was done to allow banks to overcome fundamental issues like lack of electricity as well as boost the third-party white label ATM industry – private firms that operate ATMs on behalf of large banks.