Instead of rueing lack of modernisation, the Indian army leadership needs to focus on preparing for conventional war-fighting to deter cross-border terror from Pakistan. 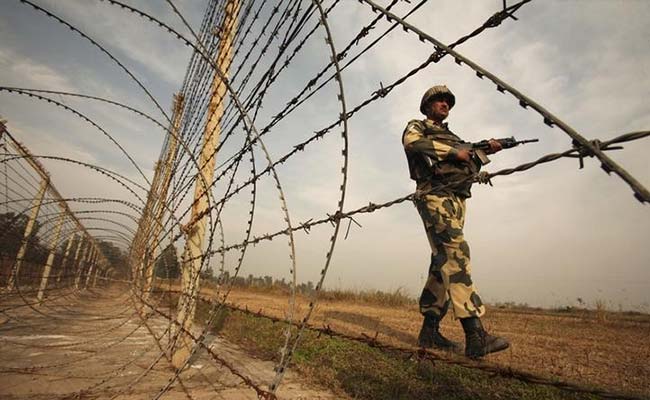 Two narratives are being played out by the army. The first involves the army chief General Bipin Rawat and his vice-chief Lt Gen. Sarath Chand, who have expressed deep anxiety at the state of modernisation, lamenting lack of equipment and ammunitions. While arguing that both China and Pakistan have burnished their military power, they have sought increased finances to fight the two-front war.

The second narrative is about increased fire exchanges on the Line of Control (LoC), which has prompted a barrage of macho opinions, mostly by retired army officers, on the escalatory ladder to badger the Pakistan army into submission. They contend that plenty can be done below the nuclear threshold. This includes intense artillery and cruise missiles firings, air and naval strikes on Pakistan’s high-value targets and so on. The impression created is that the government is holding back the armed forces from punishing Pakistan.

Both these narratives are misplaced: the two-front war, to say the least, is nonsensical and suicidal. And the army has itself to blame for its inability to punish Pakistan because instead of rueing lack of modernisation, the army should first prepare itself for conventional war-fighting. War-preparedness does not mean merely making up for equipment and ammunition shortfalls. It involves collective, deliberate and joint war assessment, planning, equipping and training by the three defence services by understanding and optimising (a) each other’s core-competencies and doctrines, and (b) the new war-domains or battlefields of cyber, electronic, space and psychological warfare.

This would come under the rubric of military reforms. Both China and Pakistan, our two adversaries, have done this. China, under President Xi Jinping, instituted massive reforms in the People’s Liberation Army (PLA) in 2015, which resulted in the reduction of three lakh troops in its army. The Pakistan military’s biggest reform has been its inter-operability (ability to fight together for common missions) with the PLA, especially in the mountains where good options for war exist. 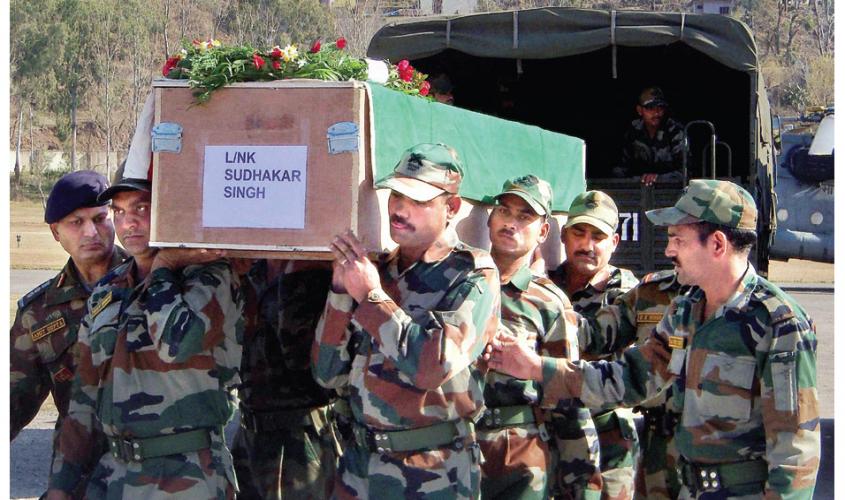 If India is seen to be undertaking credible war-preparedness, Pakistan army would be deterred to either minimise or stop cross-border terrorism. Credit: PTI

The Indian military has not had any meaningful reforms to keep up with the changing dynamics of warfare, primarily because the army is reluctant to play second fiddle to the air force in war, which is what would happen if a meaningful appreciation is done at the highest level. The presence of tactical nuclear weapons with Pakistan has foreclosed the option of worthy results on the border, shifting the pivot of war to the mountains where the Indian Air Force (IAF) would take the lead. Moreover, if substantive reforms were done, the army, like the PLA, could cut up to three lakh troops in three years, easing its modernisation with available finances. A roadmap for doing this is available in the book Dragon on Our Doorstep: Managing China Through Military Power.

If India is seen to be undertaking credible war-preparedness, Pakistan army would be deterred to either minimise or stop cross-border terrorism. With capability, capacity and political will in place, the crisis escalatory ladder would appear real to Pakistan. Once this happens, China, which has staked its geostrategic rise by its ‘One Belt, One Road’ on the China-Pakistan Economic Corridor (CPEC), would not allow Pakistan to enter into a war with India. Without China’s political and military support, the Pakistan military would not be able to do much. Moreover, given its own deep involvement in Afghanistan and the Muslim world, Pakistan would not want to stymie its growing geopolitical stature for uncertain military gains. Finally, the Pakistan army would not want to put its strategic spoils in Afghanistan and Kashmir into jeopardy by going to war with India.

Yet, this is not the advice that senior army officers, serving and retired, are giving to the government. The reason for this is simple. In the last 28 years, the Indian army leadership has only known, planned and fought CI (counter-insurgency) operations called ‘No War No Peace’ in various forms on the LoC and the hinterland. Most of the present army leadership, including the army chief, have had numerous postings in Jammu and Kashmir, from captain to general rank, fighting the same battles at various levels. 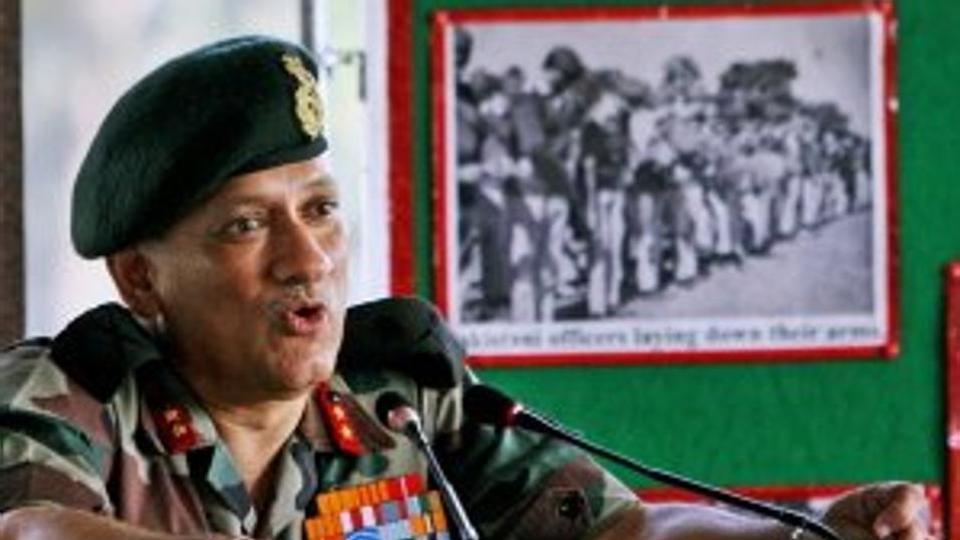 Army chief Bipin Rawat: The army leadership needs to realise that wars and CI ops are as different as chalk and cheese. Credit: PTI Files

To place this in perspective, in 1993, army officers were hesitant to join the Rashtriya Rifles (fighting CI ops) when the then army chief General B.C. Joshi had ordered massive raisings of this force. Joining the RR was considered a break from professionalism and hence a setback for promotions. There were innumerable instances of army officers feigning illnesses and even getting admitted in military hospitals to evade postings to RR.

To put an end to this, General Joshi raised the status of RR by becoming the honorary colonel of the regiment; good officers were hand-picked on his instructions for postings to RR; and, at least, one posting in the RR became the passage for higher command. General Joshi had met select journalists (including me, I was in the Indian Express then) to announce that RR was a temporary affair; that the army would soon go back to its primary task of war-preparedness.

Unfortunately, with time, the army leadership found virtues in CI ops. From prestige to status, promotions, medals and glory all came doing this. Moreover, the army started to believe that it was a stakeholder in Jammu & Kashmir, so much so, that senior army officers approached the new chief minister Farooq Abdullah in 1996 with a proposal to fill the vacant posts of deputy commissioners and commissioners in the state by posting military officers. Abdullah’s younger brother, Kamal Mustafa, told me that the suggestion was swiftly shot down by the then Union home minister L.K. Advani. 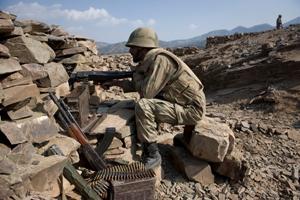 The Indian army was found ill-prepared for Operation Parakram, ordered by the government within days of the Pakistan-supported attack on Parliament on December 13, 2001. Credit: Reuters

Against this backdrop, the army was found ill-prepared for Operation Parakram, ordered by the government within days of the Pakistan-supported terrorist attack on the Indian Parliament on December 13, 2001.

The political purpose of Operation Parakram was to coerce Pakistan into submission through the total and quick mobilisation of the entire Indian army on the border. Unfortunately, the army took one month for mobilisation and lost over 900 soldiers to obsolete, unmapped and shifting mines which were not diffused after the 1971 war, (details are available in General V.K. Singh’s book Courage and Conviction) without firing a shot.

Moreover, its questionable war-preparedness was well known in closed circles. Once India withdrew its army after ten-months of mobilisation without any results, the army’s conventional war-fighting capabilities stood completely exposed and blunted.

Instead of learning the right lesson that quick mobilisation of forces is an essential part of war-preparedness, the army leadership obfuscated matters through operational pretence introduced as the Cold Start doctrine in 2004. The brainchild of the then army chief General N.C. Vij (who was vice-chief during Operation Parakram), the Cold Start doctrine was a bravado remark made by him in response to a media query. By definition, Cold Start implied the highest level of war-preparedness for the army to launch massive offence, after mobilisation, into Pakistan within hours of war declaration. Unmindful of its operational and strategic implications, General Vij felt that introduction of the term Cold Start would become his legacy. He would be remembered as the chief who corrected the shortcomings of Operation Parakram by telescoping the army’s mobilisation time.

What escaped General Vij’s assertion was that without co-opting the IAF, the Cold Start doctrine would lack credibility. Given its flexibility, reach and response time, air power would be the first – always and every time – lead force for offensive action. Given its poor integral air defence, the army cannot do much without the IAF creating a favourable localised air cover. Surprisingly, General Vij had not discussed his doctrine with the IAF. This showcased the army’s poor understanding of modern warfare.

At the strategic level, the term Cold Start worked to Pakistan’s advantage. Claiming to be vulnerable to India’s Cold Start because of its elongated geography, it sought tactical nuclear weapons (from China) and acceptance (from the US) to achieve ‘full spectrum deterrence’ for plugging its tactical level gaps. Belatedly realising the self-goal it had scored, the Indian army re-named the Cold Start doctrine as the pro-active strategy by 2006, suggesting faster troops’ mobilisation. This has not helped as Pakistan continues to exploit the idea of Cold Start.

Ironically, despite all this, the Indian army still did not abandon CI ops for war-preparedness. By 2007, the army had quietly shifted its primary task of fighting war to CI ops. In January 2007, the army, under General J.J. Singh, issued its first ‘sub-conventional warfare doctrine.’ By 2009, the basic training in schools of instructions like the Indian Military Academy and the Officers Training Academies was re-oriented to include substantive syllabi of CI ops.

The army leadership is clearly reluctant to forsake its comfort level of fighting battles to plunge into the unknown, especially when it would no longer have the dominant role in war. It refuses to realise that battles (in India’s case, CI ops) do not win wars (series of battles). Wars and CI ops are as different as chalk and cheese. The sooner we learn this, the faster we can wrest the initiative from Pakistan.