Implementing the loan waiver in Chhattisgarh, MP and Rajasthan will not be easy. It will cost Rs 80,000 crore and might need the states to double the spending on agriculture. 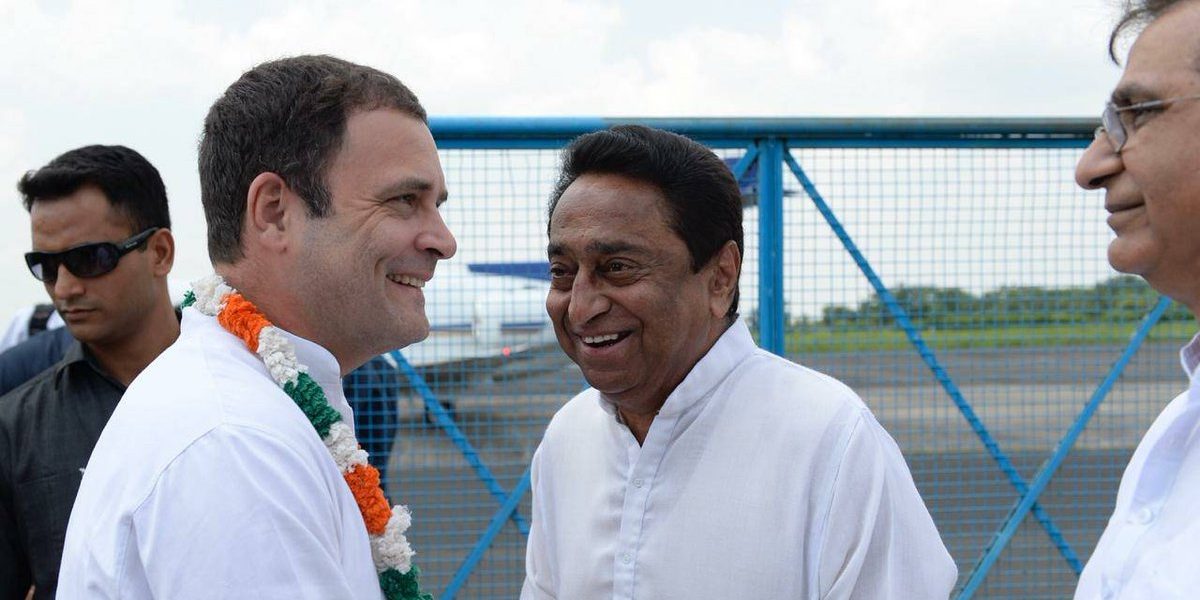 New Delhi: On Monday, the newly appointed chief minister of Madhya Pradesh, Kamal Nath, proudly announced that his first executive decision was to waive farm loans in the state.

While campaigning for the assembly elections, the Congress party had promised that if voted to power, it would waive farm loans within 10 days. Speaking to reporters on Tuesday, Rahul Gandhi gloated over the fact that this was done within six hours in Chhattisgarh and Madhya Pradesh, with Rajasthan to follow soon.

But implementation is not going to be easy. According to Reserve Bank of India estimates in 2017, loan waivers in these three states could cost around Rs 41,000 crores. But, that estimate is at the lower end, since it considers loans waived up to Rs 1 lakh and uses indebtedness estimates of March 2016.

The Congress in Madhya Pradesh has already announced that it will be waiving loans up to Rs 2 lakh, which will cost in excess of Rs 35,000 crore. The Chhattisgarh government has announced that the waiver in the state could cost around Rs 6,000 crore. In Rajasthan, the waiver is expected to cost even more than in MP, as levels of indebtedness are higher. All told, farm loan waivers in these three states could end up costing in excess of Rs 80,000 crore.

The three governments will have little room to manoeuvre as fiscal deficits are already more than 2.8% of gross state domestic product (GSDP) in all these states. The figure for MP is as high as 3.3%. Clearly, spending will have to be lowered in certain areas.

To put the sums involved into perspective, MP’s budgeted expenditure on agriculture for the year 2018-19 was Rs 37,000 crore – only slightly higher than the amount the loan waiver is going to cost. To ensure that spending on other aspects of agriculture does not go down, the MP government will have to double its spending on agriculture. 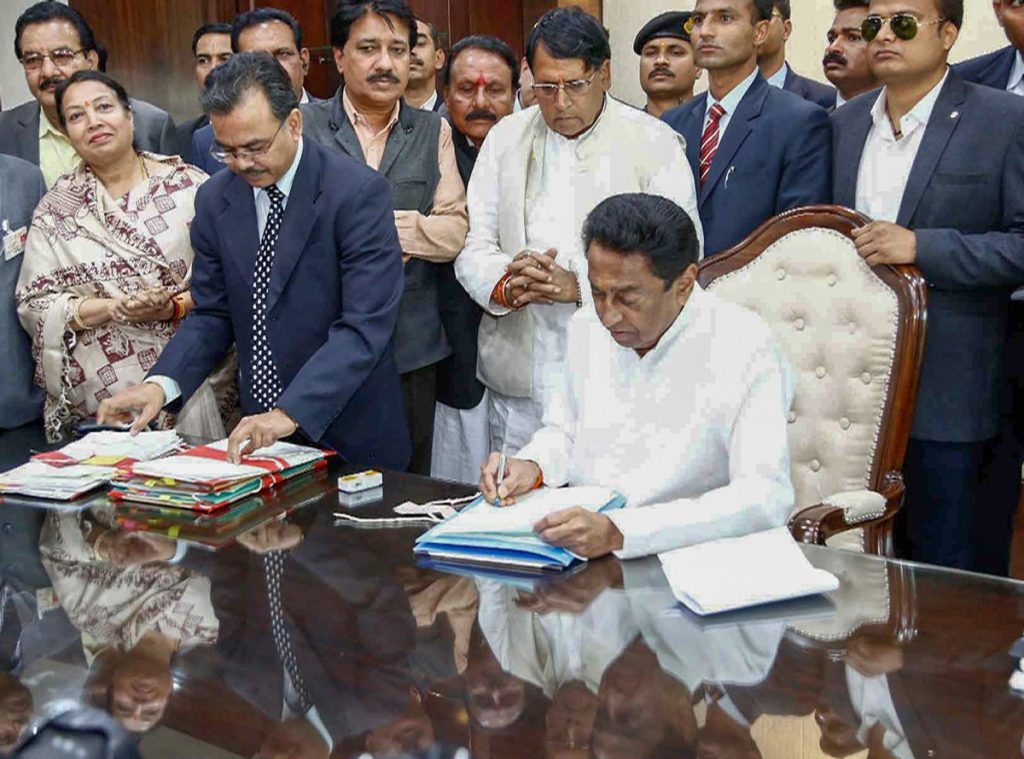 That would mean drastically reducing spending in other areas such as manufacturing and services. In a state that suffers from a serious shortage of jobs, this will not be an easy trade off.

Even if the precariousness of implementing a farm loan waiver is kept aside, it is worth analysing whether the move will actually address the issue of rural distress in India.

The distress, in large parts, is because of declining incomes. A working paper published by the RBI in April 2018 noted that rural wage growth has shown a significant declining trend since 2014. The paper also pointed out that, at times, real rural wage growth was negative, which means that after accounting for inflation, wages actually declined between two time periods.

Loan-waivers are not designed to solve the low income problem. If governments are unable to ensure that rural incomes go up, rural indebtedness could soon be back at the same level where it stands now. Loan waivers will be necessary once again, and the cycle will be repeated.

Social scientist Yogendra Yadav, who is also one of the leaders of the farmers movement in the country, says that loan waivers in isolation are not enough. “Loan waivers are necessary, but not sufficient. If they are the only measure the government is taking, then I will not support that. The Congress government in all these states needs to take proactive measures to provide income support to farmers. Without that, loan waivers won’t be effective,” he told The Wire.

The income problem in agriculture is huge. The reality of minimum support prices (MSP) – the state’s primary mechanism aimed at providing assured prices for farmers and to thereby deal with the income problem – is instructive.

The BJP-led Centre announced higher MSPs in July this year. It claimed the hike fulfilled its promise that MSPs will be set at cost plus 50%. Farmers’ unions had also been demanding this hike. However, the government’s claim, as The Wire has pointed out, is false.

Also Read: Fact Check: Has the BJP Really Fulfilled Its MSP Promise as It Claims?

Once the kharif harvest began coming into the market in October, it became clear that farmers were not getting the MSP that the government had announced. The Wire analysed prices for the month of October and found that, on an average, market prices were lower than the MSP for 10 of the 14 kharif crops for which MSP is announced. For three crops (all lentils, which are major crops in MP), the market price was lower than even last season’s MSP. 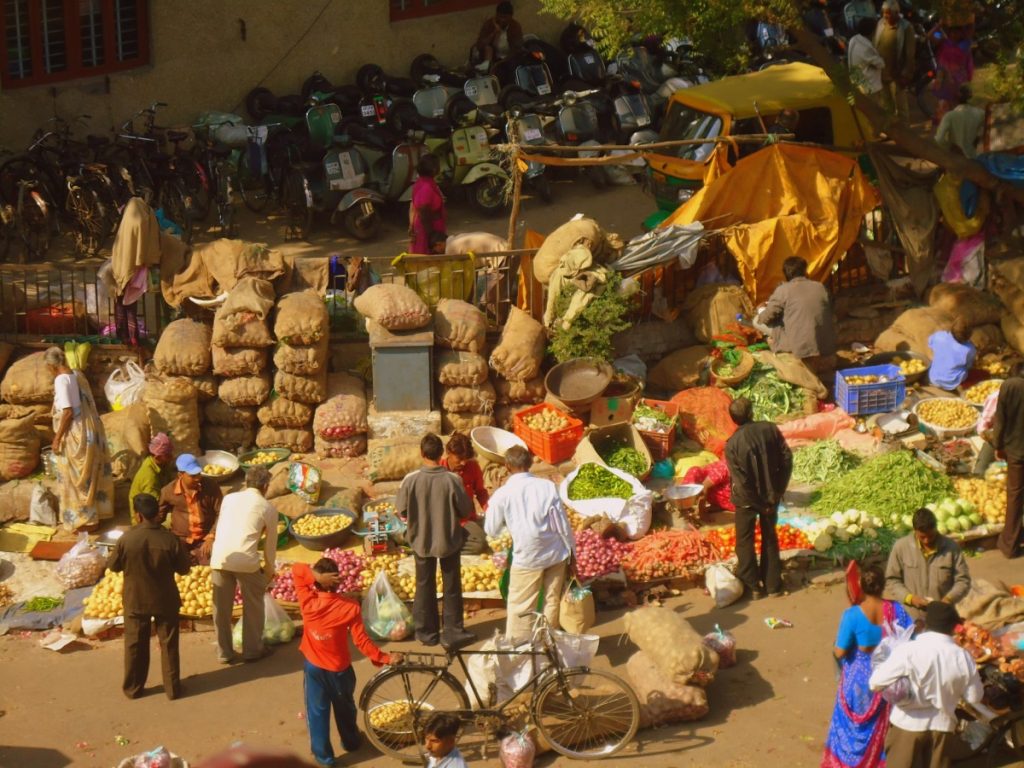 Only 6% of farmers in India actually sell their crops at the MSP and prevailing market prices are often found to be lower. Credit: Wikimedia Commons

When this was pointed out to a senior agriculture policy maker within the government in an off the record discussion, he said, “MSP announcement is only for the entertainment of farmers.” The implication was that effective procurement of crops for which MSP is announced only happens for a few crops in a few states.

Only 6% of farmers are able to sell their produce at MSP, according to a survey conducted by the National Sample Survey Office (NSSO) in the 70th round. A 2017 study by K.S. Aditya, S.P. Subhash, K.V. Praveen, M.L. Nithyashree, N. Bhuvana and Akriti Sharma found that only 24% households, at the most, are aware about the MSP of crops grown by them.

By and large, procurement at MSP is limited to two crops – wheat and paddy. Even for these crops, procurement as a percentage of total production was only 32 for paddy and 35 for wheat in 2017-18.

If the government’s MSP announcement was to have a positive impact on farm incomes, food inflation would have risen. However, that has not been the case. In November 2018 food inflation was negative, at -2.61%. Since September 2016, for 27 months now, food inflation has been below general inflation.

It is here, in increasing farm incomes, that the newly elected Congress governments in MP, Rajasthan and Chhattisgarh have to show they can achieve something the BJP has been unable to.