Gulati says increasing the role of the corporate sector in agriculture is essential because the investment the sector needs cannot be provided by the government. 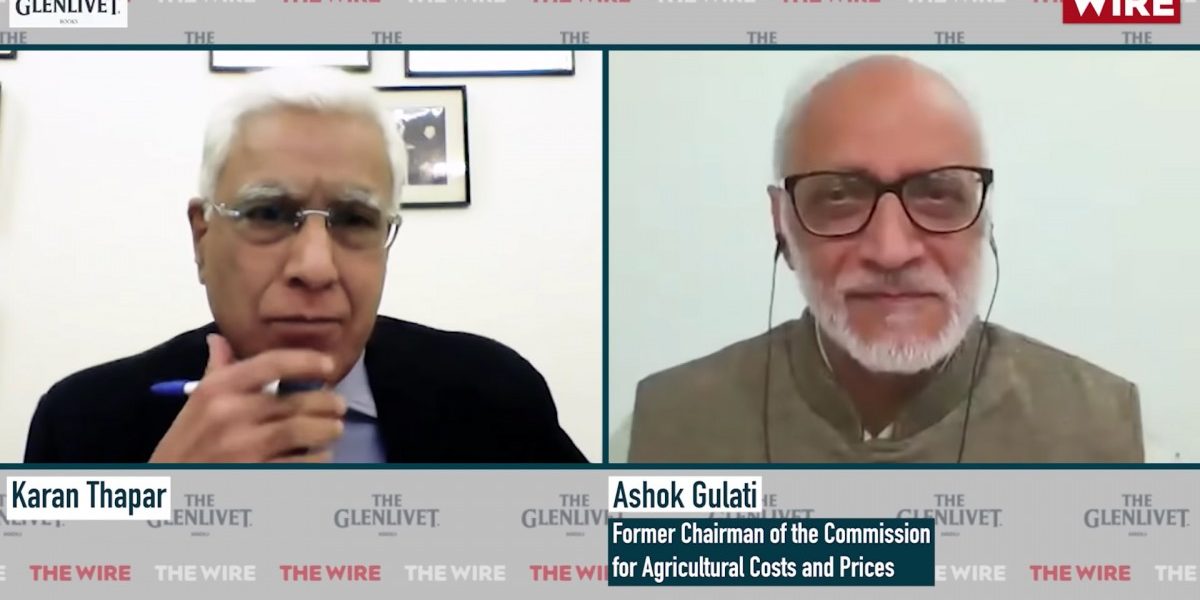 In an interview where it’s repeatedly made clear he supports the government’s agricultural reforms which he believes are very necessary, but is not unsympathetic to the predicament of Punjab and Haryana farmers, India’s foremost expert on agriculture has called on the government to suspend implementation of the three agricultural acts for up to six months. The Centre must also immediately announce a diversification and compensation package of up to Rs 10-20,000 crore to secure the income of Punjab and Haryana farmers as they are encouraged to diversify the crops they grow, moving away from wheat and grain to other crops.

Professor Ashok Gulati, presently Infosys Professor for Agriculture at ICRIER and the former chairman of the Commission for Agricultural Costs and Prices, says increasing the role of the corporate sector in agriculture is essential because the investment the sector needs cannot be provided by the government. He also said India could not sustain grain stocks of 97 million metric tonnes, which is substantially more than double the buffer stock requirement of 41.2 million tonnes.

He said the concerns and emotions of Punjabi and Haryanvi farmers, who are far more dependent on MSP and public procurement than other farmers in the country, are understandable and he is sympathetic to them. Still, they cannot be allowed to hold up the reforms required – and, in fact, long discussed – by Indian agriculture.