Farmers in Maharashtra's Vidarbha region are committing suicide due to droughts and mounting debt, with their widows left to deal with the state, moneylenders, in-laws and social stigma. 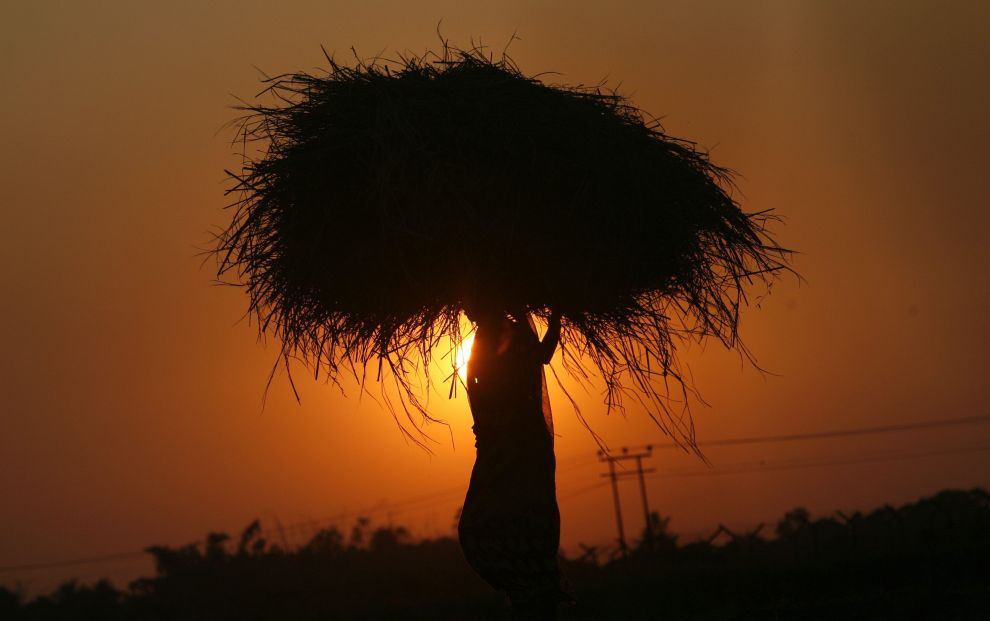 Women are often unaware of their family’s landholdings or their legal or inheritance rights. Representative image. Credit: Reuters

New Delhi: Over 200,000 people have committed suicide in Maharashtra in the last decade. Between January and August 2016, 917 farmer suicides occurred in the state’s Vidarbha region, accounting for 44% of the total number of farmer suicides in the state during that period.

Vidarbha has been plagued by worsening drought conditions over the past several decades, which, along with crop failures and high indebtedness, has resulted in farmers being pushed to committing suicide.

While this data may appear shocking, the plight of farmers in the region is fairly well known. The government provides subsidies and schemes for crop insurance, but flawed insurance plans and delays in settlement of claims have led to increased distress.

What remains lesser known, however, is the vulnerability of the widows left to pick up the pieces.

The increase in the number of women-headed households due to the rising number of farmer suicides has contributed to the ‘feminisation of agriculture’, with the number of female agricultural labourers in Maharashtra, Tripura and Kerala seeing an upward trend since 1961.

Also read: For Farmers Reeling Under Tur Price Collapse in Maharashtra’s Vidarbha, the Centre Is to Blame

A report titled ‘Surviving Stigma: Housing and Land Rights of Farm Widows of Vidarbha, Maharashtra‘, released on the International Day of Rural Women on October 15, thus aims to fill this gap by highlighting the repeated human rights violations and economic exclusion such widows face, and the need for urgent state intervention.

Traditionally, Indian society ostracises widows. In the case of ‘farm widows’, apart from the emotional and psychological trauma of losing their spouse, there is the added stigma associated with suicide and the difficulty in repaying loans.

According to the study by Housing and Land Rights Network, India and Prakriti Resource Centre for Women and Development – based on detailed household surveys conducted in four Vidarbha districts and secondary research – these women suffer from financial stress and live in increased insecurity about the future of their family.

Nearly 90% of the women who were a part of the study said they belonged to a joint household, indicating financial dependence on in-laws. Several women revealed being subjected to physical and emotional abuse in their marital household upon demanding their share in the family house or land. A high number of women also shed light on violence against their children.

About 15% of the women interviewed said that when they went to work leaving their children at home, they were anxious about their well-being since the children were often beaten up by family members, not given food, or made to work.

Apart from the fear of physical safety, once women indicate a desire for their share of land, they often face social ostracism and a resultant alienation through exclusion from family gatherings and events.

More crucially, the study sheds light on the fact that women were unaware of their family’s landholdings or their legal or inheritance rights, resulting in them failing to even attempt to secure their rights.

The study – of 157 women between 22 years and 48 years – also found that a number of agencies and individuals are working towards addressing the concerns of suicide-affected families. A majority of them, however, fail to go beyond providing initial support.

Also read: To Benefit Farmers and Not Private Insurers, the Crop Insurance Scheme Must Be Overhauled Completely

While the women are given a share in the produce or some money as tokenism after their husband’s suicide, according to the study, they are denied ownership or complete access to the family land or house.

The central and state governments have launched efforts to aid such women, however, according to the study, several have not been able to receive the support they require. They require assistance in dealing with administrative procedures, completing paper work and collecting documents. The dependency of the women on others often increases the time taken to get the work done.

The study has proposed several recommendations to addressing the plight of ‘farm widows’ including reviewing legal and regulatory frameworks to ensure that equal rights of widows are clearly specified and enforced, recognising women as farmers, and carrying out gender-based human rights agrarian reform.

There is also a need for community projects, policies and programmes that aim to remove barriers to widows’ rights to adequate housing, land, property, inheritance, agricultural and economic resources, infrastructure and social services.

While attempting to make an account of the violations and obstacles faced by ‘farm widows’ in accessing their legal right to land and property, the study has put focus on the need for urgent intervention on the part of state and central government.