'Happened in US 40 Years Ago': 87 US Farmers' Unions Speak Out for Indian Farmers' Protest 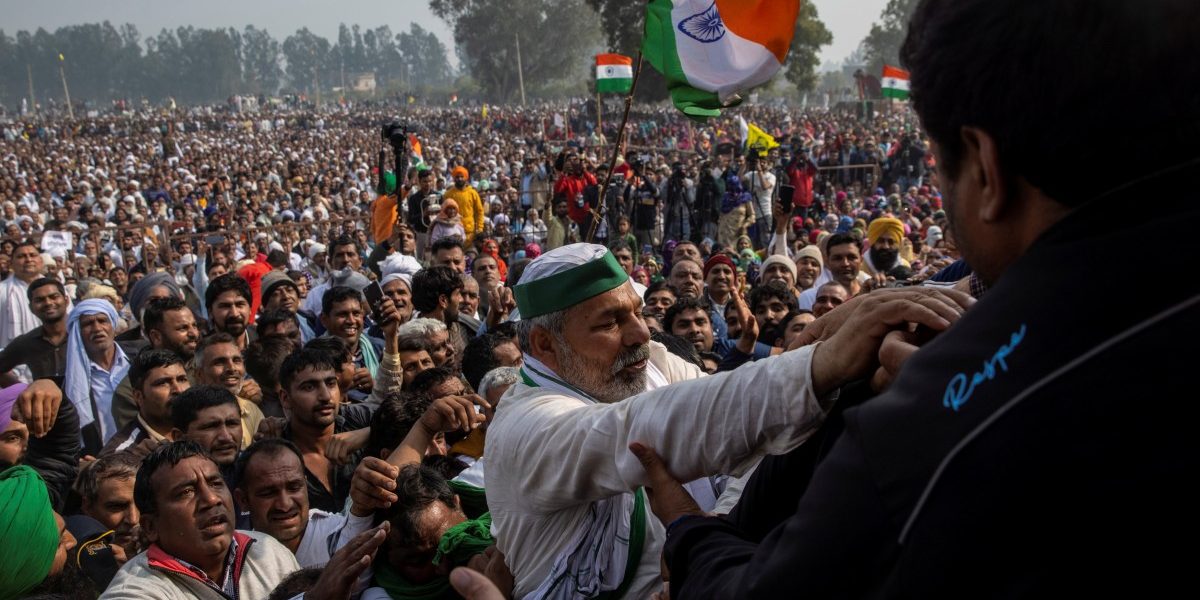 Rakesh Tikait, president of Bharti Kisan Union, one of the largest farmers' unions, is helped to get onto a stage upon his arrival to attend a Maha Panchayat or grand village council meeting as part of a farmers' protest against farm laws at Kandela village in Jind district in the northern state of Haryana, India, February 3, 2021. Photo: Reuters/Danish Siddiqui.

New Delhi: Citing damning examples of Reagan era policies that have led to irreparable damage to the US’s farmers, 87 farmers’ unions in the country have extended solidarity to the ongoing protests by farmers in India.

In a strong letter, the organisations draw a sharp connection between how agriculture has been affected by “forces of neoliberalism” in both India and the US. The unions began the letter by quoting Ghazipur protester Ringhu Yaspal, who says, “Agriculture has turned into a slow poison. It’s better to die fighting here.”

The unions called the ongoing protests at Delhi’s borders “one of the world’s most vibrant protests in history.”

“Their rallying cry is to repeal the three unjust laws that were passed without their knowledge or consultation. We extend our solidarity to countless farmers who are peacefully and boldly standing up for their rights and dignity, with other farmers from across the globe.”

One of the key demands of the movement is for farmers to receive a Minimum Support Price (MSP) — currently assured for just a few crops — for all produce, including vegetables, the unions note.

The unions extol the virtues of MSP, noting that it is a key price signal to other traders, and ensures that farmers receive a fair price for crops. 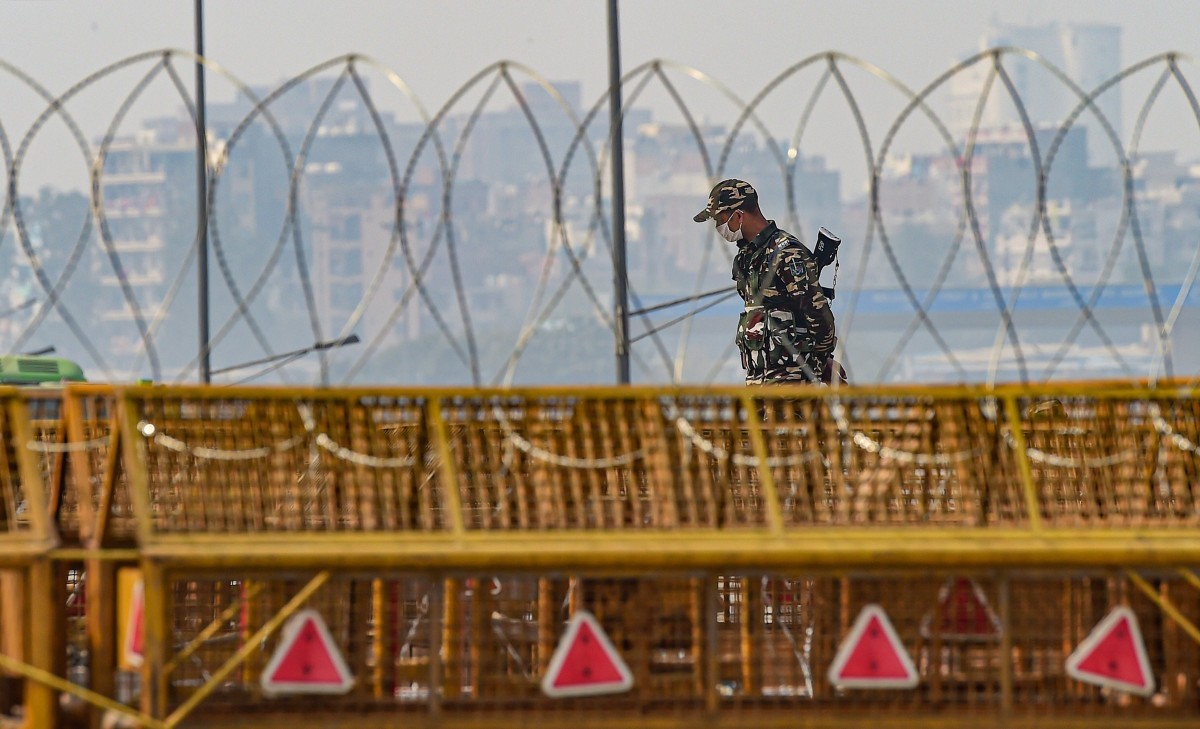 Notably, the unions recognise the role of the US government in creating the current imbroglio.

“The US has been a key opponent of India’s limited use of MSP at the World Trade Organization (WTO). The US, with Australia, Canada and European allies, has claimed that India’s MSP distorts trade.”

In a two-part analysis for The Wire, Indra Sekhar Singh had essayed the after-effects of US policies on agri-business and the model India has sought to follow with these farm laws.

“While the U.S. agricultural sector receives inordinately large support compared to many countries, access to that support remains inequitable. In particular, Black, Indigenous, Latino, Asian-Pacific and other people of color producers, who lack secure land tenure and are concentrated in vegetable and small-scale cattle sectors, have been excluded historically. Support flows to larger agribusiness farming operations instead of the independent family farmers whose voices we amplify.”

The unions note that it is their understanding that what Indian farmers are enduring now happened in the US almost four decades ago.

“Reagan era furthered the farm crisis through deliberate federal policy changes, with systematic erosion of parity prices and other deregulatory efforts. “Get big or get out” has been our government’s mantra. Farmers with the means to consolidate have been rewarded for growing monoculture commodities. Tribal nations and traditional producers as well as small farmers who have always practiced or shifted to diversified agroecological farming have effectively been subsidizing the US agriculture sector. It is rare for these food producers to make a living without supplemental income. Unsurprisingly, farm suicides in rural America are 45% higher than the rest of the population.”

The WTO has worsened an already unequal playing field between the Global South and Global North, the unions note. What every nation-state can do, at the very least, is protect small farmers from deregulatory efforts, such as the three farm laws in India, that diminish the limited bargaining power that farmers have, pushing them off their farms, they said.

Finally, the unions urged governments in the US and India to support independent farmers and localised food systems.

“We have great respect for the unified struggles the farmers and farmworkers of Samyukt Kisan Morcha have built, and we stand with them,” the unions announced.