Unlike China which supported productivity-enhancing R&D investments, India’s focus has been on politically-driven subsidies that mainly benefit large farmers. 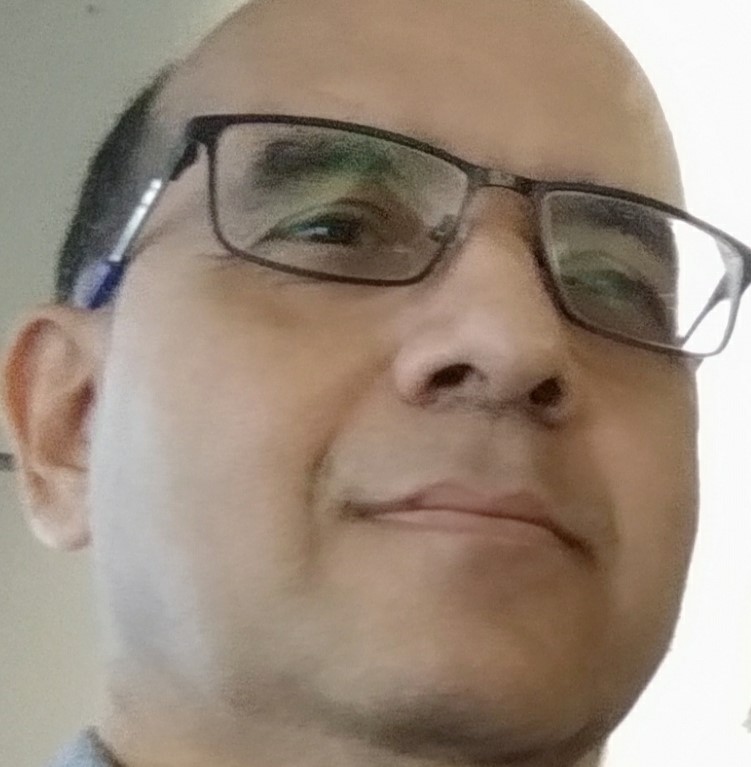 We saw the trailer two years ago. TV news visuals of the plight of thousands of rural poor marching to Mumbai shocked the relatively affluent residents of India’s financial capital.

The March 2018 Maharashtra farmers’ march and now the nationwide COVID-19 lockdown-triggered migrant exodus has exposed the stark duality of India –  an urban class in its bubble of affluence created by three decades of economic liberalisation, insulated from the harsh reality of life in rural India.

Decades of rural distress has been driving tens of millions of Indians to leave their village homes to seek low-paid, low-skill jobs in big cities. The opening up of the economy in 1991 transformed the lives of the educated urban classes, but rural India has been left way behind.

India’s GDP increased at 7-9% starting in the mid-1990s, but agricultural growth averaged only 2.5-3.5%. The sector’s contribution to GDP declined from 23% in 2003-04 to about 14.6% in 2018, without a corresponding reduction in the population dependent on farming and related activities. The ratio of farm to non-farm incomes has worsened from 1:3 to 1:5, resulting in increasing rural indebtedness and marginalisation.

According to the latest estimates by the UN Food and Agriculture Organization (FAO), nearly 200 million Indians are undernourished. High levels of undernutrition in the country are estimated to annually cost about 3% of GDP.

Also read: At This Crucial Juncture, What Should India Learn From China’s Approach to Reform?

A key reason for India’s rural decay is declining agricultural investment which makes up less than 8% of gross capital formation compared to 18%, four decades ago. And this is largely in non-productive subsidies that mainly benefit big farmers in a country where 80% of tillers have less than 2 ha of land. A 2007 finance ministry study found that even households with 4 ha cannot earn enough from farming to meet basic needs. A grossly inadequate rural marketing infrastructure means wastage of about 30% of farm produce and less than 10% value addition in agricultural commodities.

In making rural India economically attractive, it is instructive to look at the experience of our big neighbour to the north.

China’s socio-economic transformation over the past four decades has been one of the most dazzling in human history, with a once primarily agricultural economy, metamorphosing into a global industrial powerhouse at the forefront of cutting edge hi-tech.

Indeed, the government holds up China as a role model for mass job creation. The Economic and Social Survey 2019-20 cites labour-intensive exports helping create 70 million new jobs for workers with primary education in China between 2001-06 and notes that India’s exports led to the formalisation of less than a million informal jobs between 1999 and 2011.

However, the survey’s advice to “chart a China-like, labour-intensive, export trajectory and thereby create unparalleled job opportunities for our burgeoning youth” overlooks the importance of the earlier stages of the Chinese transformation. 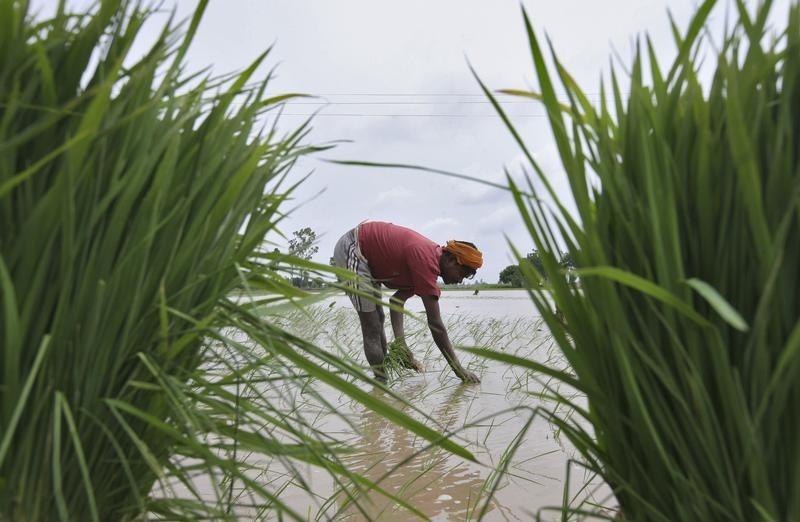 A farmer plants rice saplings in a paddy field against the backdrop of pre-monsoon clouds in Amritsar June 13, 2013. Photo: Reuters/Munish Sharma/Files

The agricultural revolution that began in China with the end of farm collectives in 1978 was supported by productivity-enhancing R&D investments that had farmers producing more from plots averaging 0.6 ha in the 1990s, compared to 1.4 ha in India. Agriculture became a major driver of China’s economic growth in the 1980s, its share tripling to 6% of GDP in slightly over a decade.

India’s focus has been less on boosting productivity than on politically-driven subsidies that mainly benefit large farmers. Per capita food supply in China increased by almost 1,700 kilocalories per day between 1961 and 2013, compared to about 440 kilocalories in India with cereal yield in the former nearly quintupling to 5.8 tonnes/ha against a three-fold increase in India to 2.9 t/ha. Daily per capita protein supply in India over the past half century increased by only about 8 gm compared to nearly 60 gm in China.

Improved nutrition played a pivotal role in the transformation of China’s rural economy. According to the World Health Organization (WHO), health indicators for China in the 1980s were much better than for countries with similar per capita income levels.

A healthy and productive population underpinned China’s rural industrial revolution. By the late 1980s, town and village enterprises (TVEs) had replaced agriculture as the main source of rural employment, creating over  57 million jobs in less than a decade by 1986. The end of rationing of basic commodities – clothes, soap, sugar, cooking oil – led to a rural consumption boom providing a ready market to rural enterprises producing staple consumption goods.

TVE output grew at a phenomenal 27% annually between 1978 and 1994, nearly three times faster than national GDP growth. By the end of 1993, over 20 million TVEs were employing 112 million workers. As Jean C. Oi’s Rural China Takes Off notes, while communist regimes in eastern Europe and the then Soviet Union were on the retreat, China’s communist rulers were presiding over an unprecedented economic boom in the countryside benefiting the masses.

This dramatic rural change is evocatively described in Yang Mu’s The Miracle of China’s Rural Enterprises:

“The three best sellers in the early 1980s (watch, bicycle and sewing machine) quickly changed to color TV, refrigerator and washing machine, and then to air conditioner, stereo set, telephone and home decoration”.

Mu tells of a textile plant set up in a village in the late 1970s reducing local reliance on agriculture from 93% to only 49% of the workforce in eight years.

Can India emulate this example? China’s authoritarian political structure which restricted rural-urban migrations encouraged the move of industries to the countryside and, as Mu points out, many so-called “collective enterprises” were in reality run by private entrepreneurs wearing the “red cloak” of collective ownership, using R&D and technical personnel from state enterprises.

Yet, China’s rural industrialisation began by stimulating and tapping into domestic demand. As Rathin Roy, a former Prime Ministerial economic advisor said: “…so far we have been meeting the consumption demands of those who have become more and more affluent over the last 28 years… we really have to now think about how…the next 200-300 million Indians and their consumption demands can spur growth in the years ahead.”

India’s next phase of economic growth must be powered by meeting the basic needs of the poor and agriculture-based rural industrialisation. This is crucial for making the strategic transition from the agricultural to the non-agricultural sector as a source of livelihoods for the masses given that most of the over 10 lakh Indians seeking work every month are rural and lack the skills needed by the fast growing secondary and tertiary sectors of the economy.

Without such a rural transformation, while the grandchildren of Chinese peasants of the 1980s will continue swelling the population of global leisure travellers, India’s rural poor will have little option to walking the highways in search of a living.